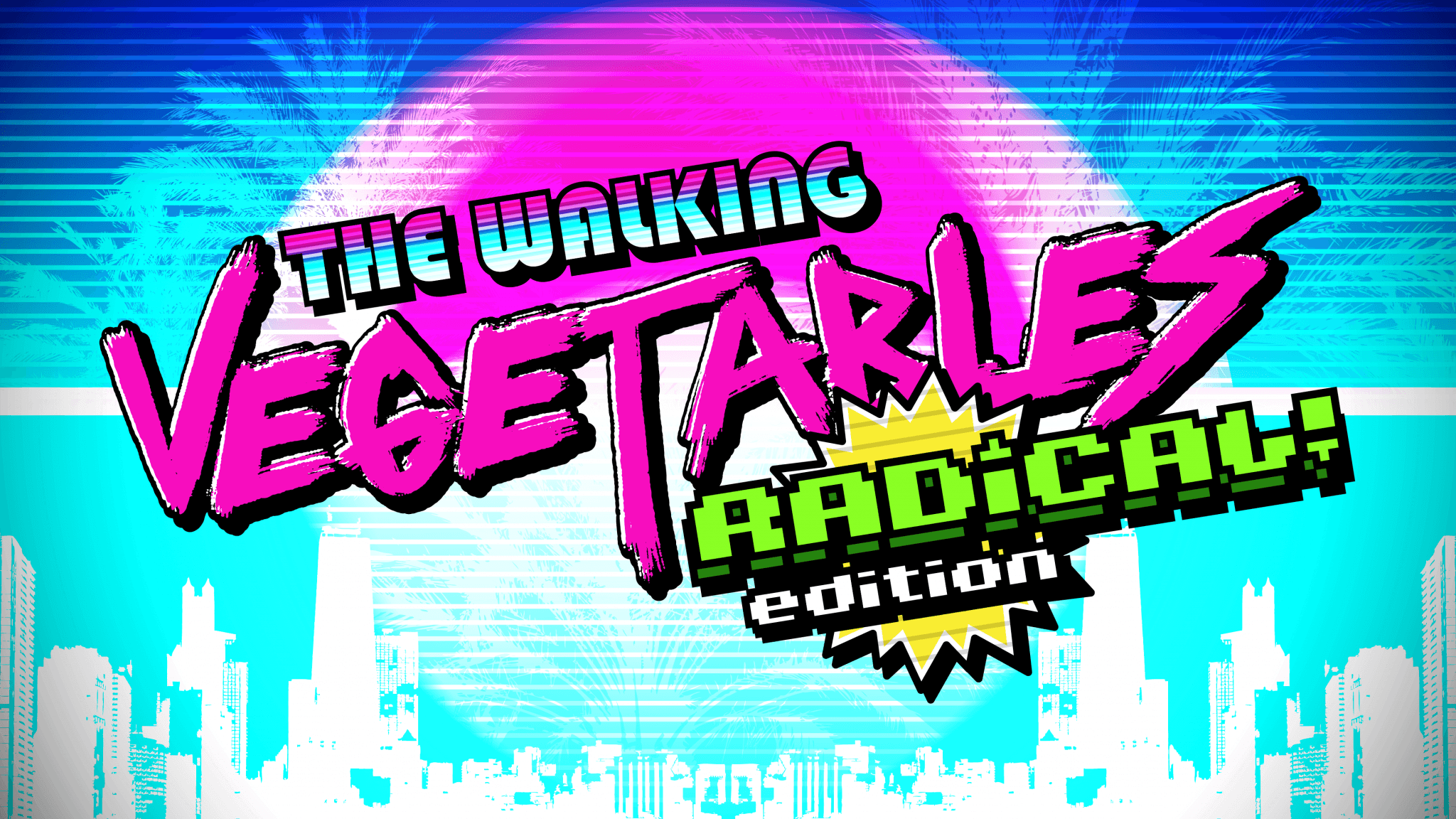 You’re a beat cop style guy who looks very much like Walter White with a DeLorean (every guy in the ’80s had them right ?)  yet you’re less law-breaking and more helping the city and trying to not get mauled by giant mutated vegetables, The main aim of the game is to go through the levels to free the city from them. Using either sofa co-op (or if you’re a lone ranger like myself) head out and beat the baddies solo. Multiple enemies cross your path, carrots, broccoli, tomatoes and many more the only downfall about the enemies is they all do very similar movements and don’t have much “personality” or personal traits that make them that unique.  Using dual sticks to try to get the wonky vegetables you go through numerous chapters, all with fun little puns, for example, chapter one is called “peas on earth” come on.. they must have had a lot of cheesy dad jokes around the office to come along with these. Every time you die you have to respawn back to chapter one, there are various style maps within the same chapters so you don’t get bored so easily, that’s if you stay around to play game after game..the baddies don’t take it so easy on yourself. As much as it’s easy to get to grips with the controls there is no tutorial and you have to wing your way through the game first time, get a feel of what guns you prefer, how to scroll through the multiple guns you collect, and even though the starter cop shop computer to see what skills you can unlock, it does get easier after a few games though. You are given the option to run through the streets killing any enemies on them and going straight for the boss, yet if you stay around, destroy a few bins, bags  and other items you may be lucky enough to get a key drop; these are used to enter the various buildings across the city so you can clear the buildings and earn crates full of ammo, health and even new guns!

If you die, you lose every item you collected, every coin and gun! but if you’re lucky enough when you clear a building on the new run you may come across an amazing chap called Bob! he’s the “ghost of runs past”  he kindly offers you the chance to win one of your items back via a wheel spin, it could be something you really wanted, or it could be something not that great, I still advise to collect it as you also get a percentage of your coins and ammo back! If you ever do run out of ammo you can go smash some things up, chairs in buildings, barrels and other smashable objects; these may give you extra ammo you can also get more by killing the enemies.

Along the way you can pick up some pretty gems called “Radrocks”, these are usually pretty rare to get and usually are given when you destroy one of the boss characters, these can be used in the shops – which spawn in various places on the map; only one per map is spawned! your radrocks can be used for a neat spin on the rare weapon spinner in the shop giving you a variety of weapons including the “pointer” which is literally just the characters finger and him shouting “pewpew” as he shoots enemies.

I expected nothing more than what the graphics were offered on the walking vegetables, it very much is an arcade 1980’s graphically laid out game! you even get a sweet choice as to if you want a VHS filter on the game I loved the nostalgia of it and played with it on. Merge games don’t over do it with the 1980’s graphics and still makes it very enjoyable, the colours are bright.

The audio is immense, there is a good 1980’s theme going on and the music in the background adds to the effect joining in with a jingle, from the different range of weapon noises to the vegetables different moans and groans this game has every sound you need. 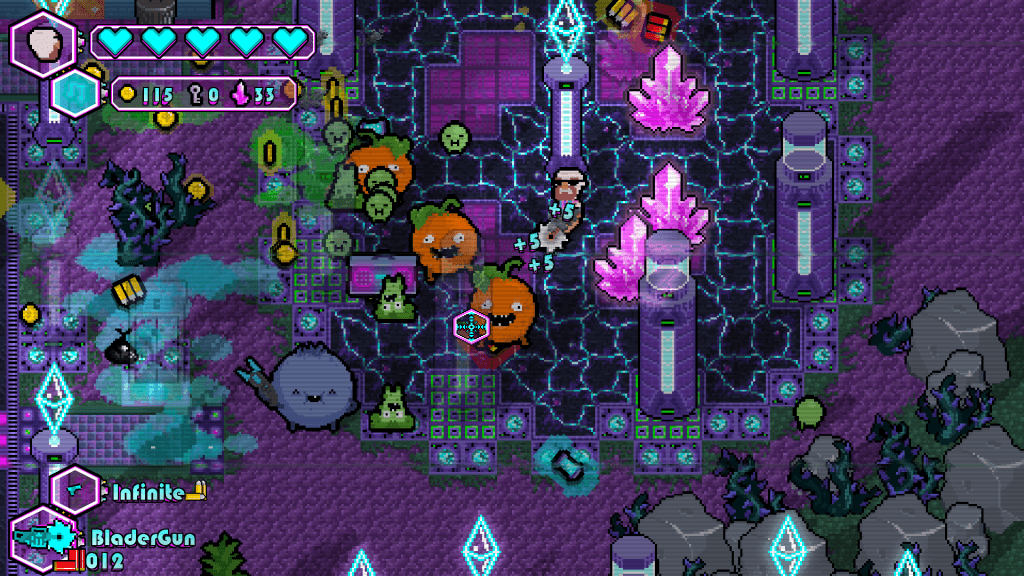 I thoroughly enjoyed this game but can see that after a good few games you could get fed up of it, I find it’s a nice game to break away from the usual games I’d play, something I can just pick up and spend what seems like five minutes but is actually an hour on! I feel this game may not be one everyone enjoys but it is fantastic if you do enjoy your dual-stick gaming, or even a fun game to play on the sofa with your family or friends – no blood, minimal violence (you’ve hurt more veg cooking than you will on here) so it’s fun for all ages!  I feel it would be more enjoyable if you had options for online or even a second chance at life via bobs spin! overall it is an amazing game and I’m going to award it the Thumb Culture Silver thumb!

Disclaimer: We were provided with a Code in order to complete this Review.