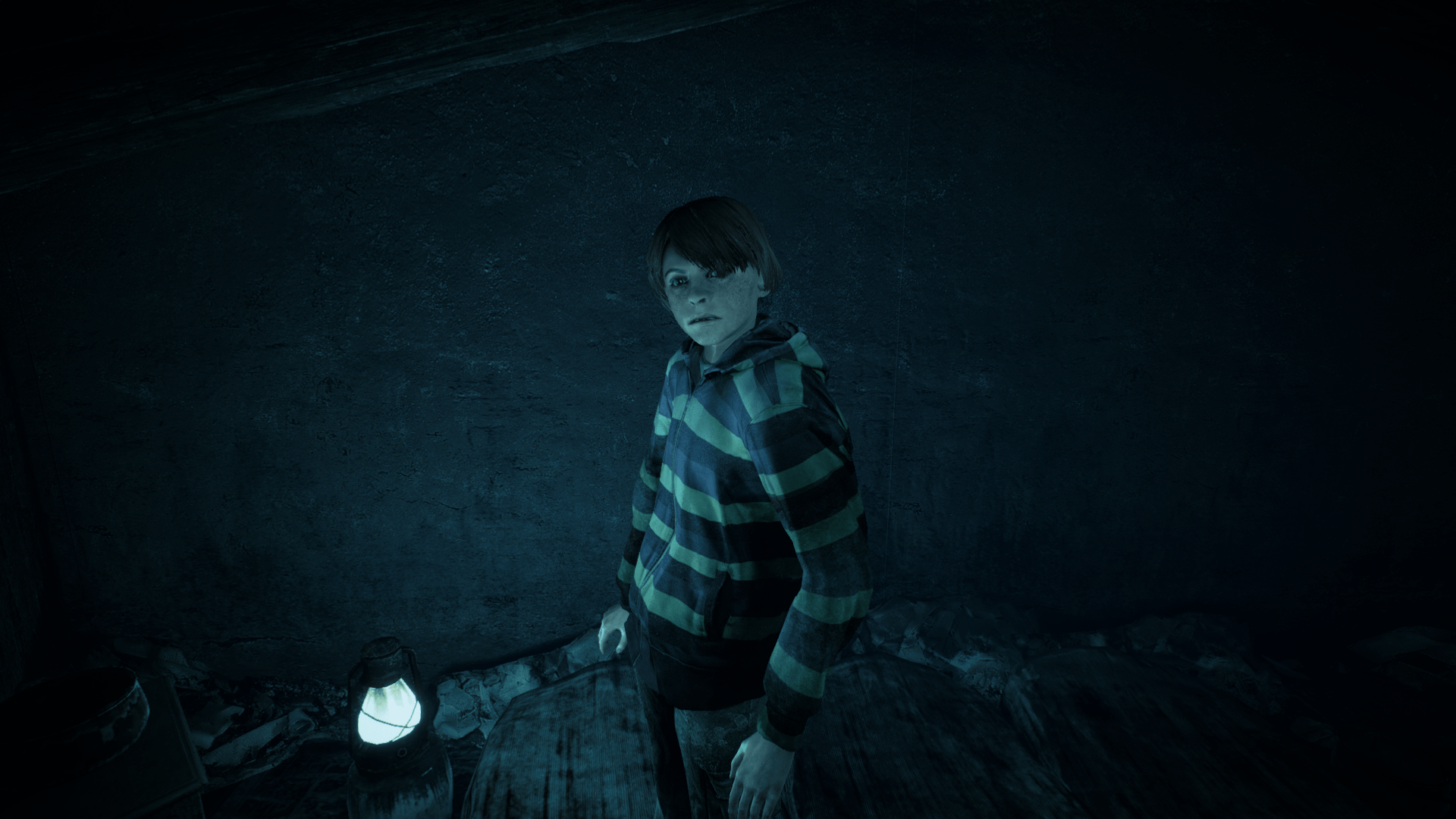 A handful of developers that used to be part of Developer, People Can Fly teamed up to create their own development studio, The Astronauts. These people created a title back in 2013 called, The Vanishing of Ethan Carter, which eventually saw a Redux version arrive in 2015, with the game being remade in the Unreal Engine 4 rather than the previous, Unreal Engine 3. The game also landed on PS4 around this time, and as such it was exclusive to PC and PS4. However, fast forward to 2018 and the Xbox One version has arrived.

The Vanishing of Ethan Carter is a first-person mystery title in which players control a Detective with a supernatural ability -more on that soon- who is on a case to find a missing boy, Ethan Carter. As he wanders around a large map he stumbles across bodies of the kidnappers, and learns of an ancient force hiding away, and uses his supernatural abilities to visualise the scenes.

The game states clearly that it doesn’t intend to hold your hand, and as such you’re dumped into the world without much to go on. Some voice over work takes place that explains roughly what your main task is, but otherwise there isn’t much help throughout the game.

To start with, you wander around the starting point, all in first-person, and then seem to stumble across some traps which introduces you to the on-screen notes system. These show text basically that tracks along with the object of interest and usually allows you to hold the A button to reveal a clue. As you progress though you’ll have some moments in which a collection of the same word begin layering and floating around, getting closer together when you move the camera in a specific direction until they form just one word. 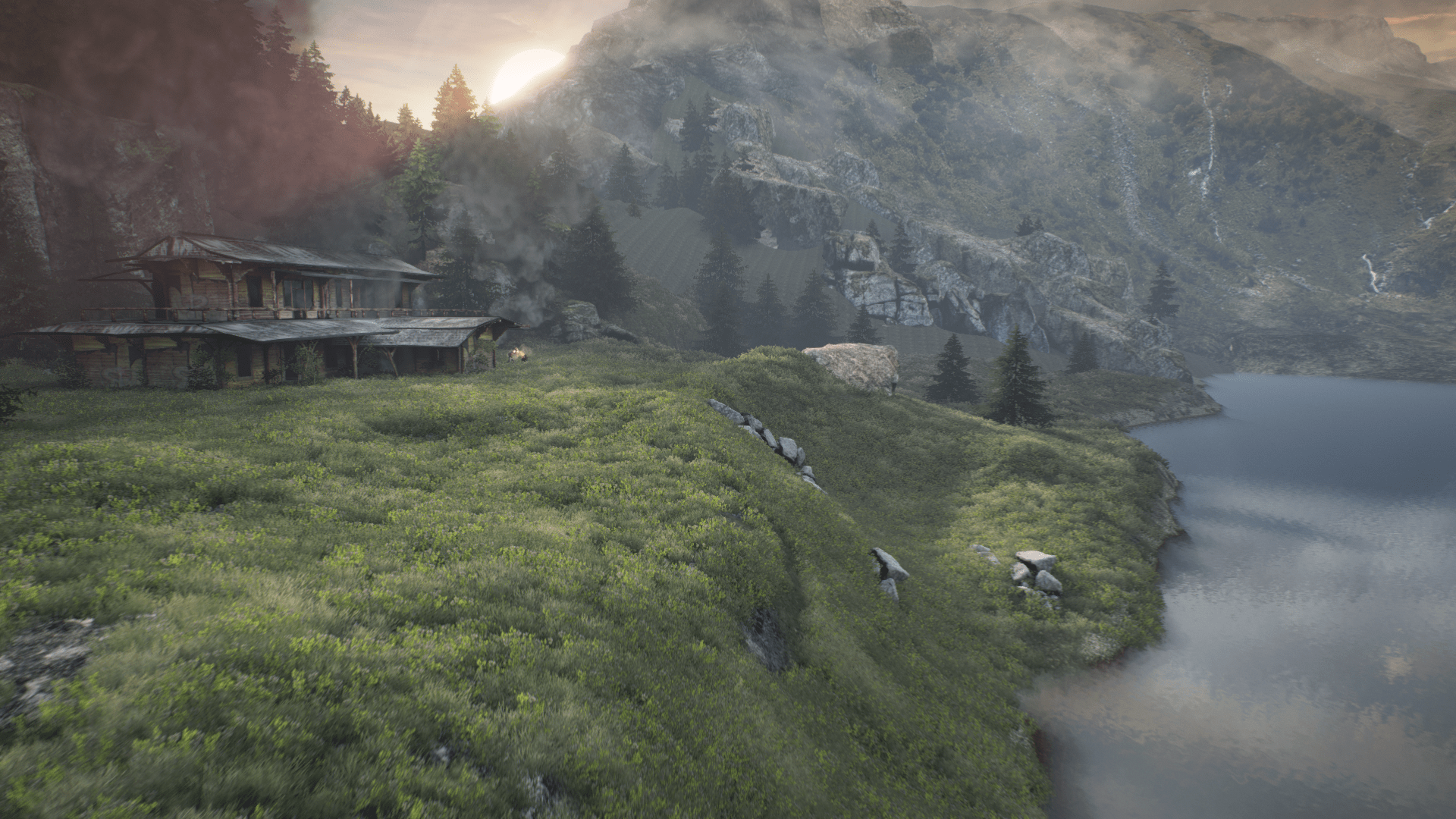 The Vanishing of Ethan Carter feels very, BBC’s Sherlock Holmes really when this happens, and also nice to look at and simple to figure out what it’s trying to tell you. There are also puzzles that are scattered around the world that need solving in order to progress, but these puzzles are so unexplained that it really does require you to investigate the area. A good example would be a moment in which I came across a stone panel hidden amongst a burnt down house. This panel contained several balls surrounding a central ball, with the outer balls containing letters to spell a word. It was not, in anyway obvious what the word was until I found myself looking incredibly closely at the surrounding grounds and found a word.

You’ll probably find yourself reaching for a walkthrough of sorts, because I sure found myself doing the same. The other system in The Vanishing of Ethan Carter is of course the supernatural element that becomes a more prominent part of the game as you progress. Basically, to start with your supernatural abilities will allow you to see through a portal to see clues, or a location you need to visit. 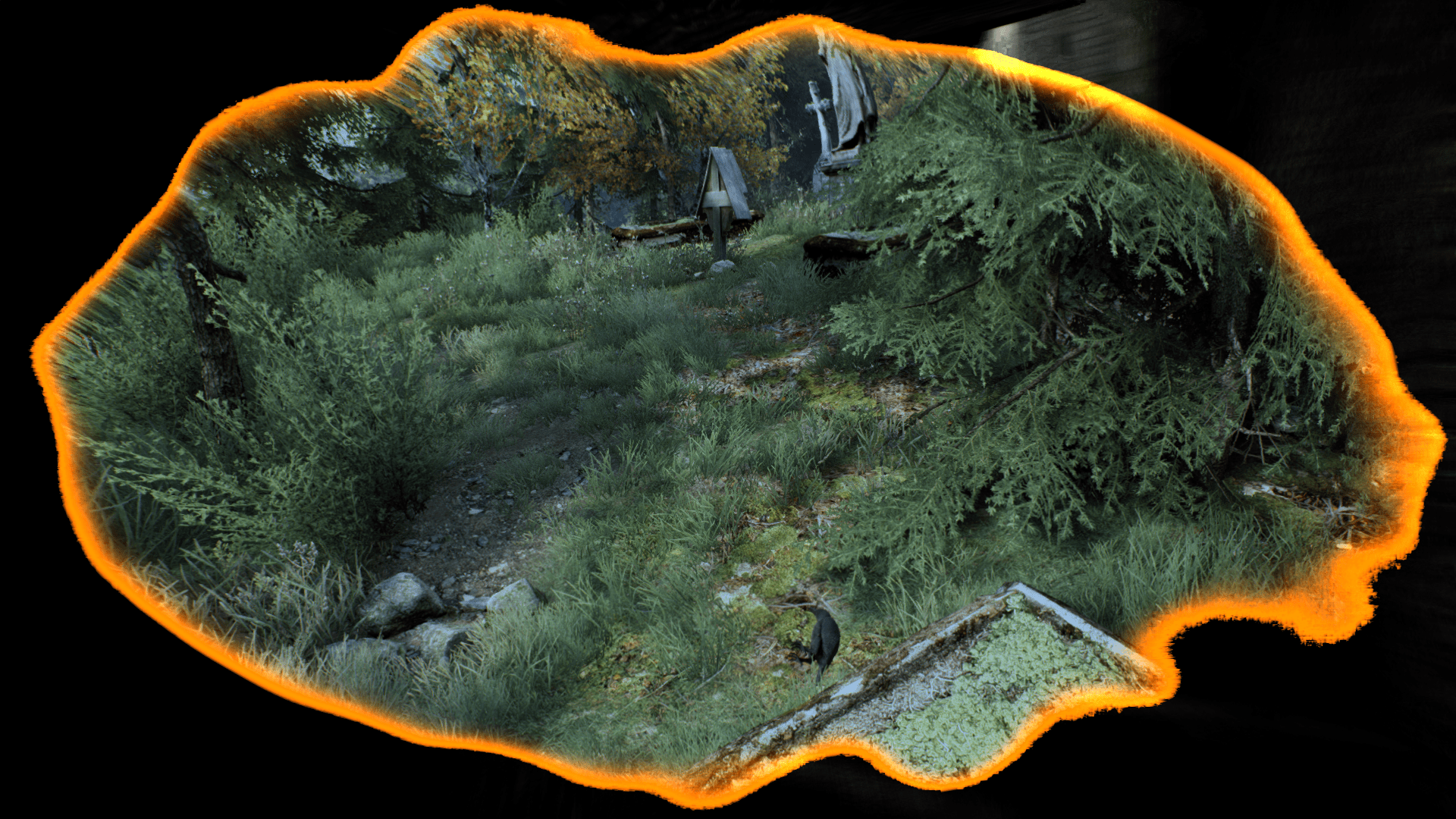 Then things get more interesting when you start to walk amongst the other dimension, with little sparks spurting out from the ground. Get close and then ghosts will appear, frozen in time. Once you’ve found all of these sparks in the ground and viewed the ghosts, you’ll have to assign them into chronological order. Once that’s done, you can visualise the scene, which results in you watching a cutscene of how the death was carried out.

There’s also one puzzle where you need to avoid a cursed miner. Now, the game sells itself as a narrative experience, which to me means it’s a walking simulator really. With this in mind I was not prepared to come face-to-face with what looked like my first non-ghost encounter. A haunting sight of another person in the world I’d become so used to being desolate. Then suddenly he vanished into smoke and sparks, only to jump-scare right up against the screen sending me back to the start of the maze. 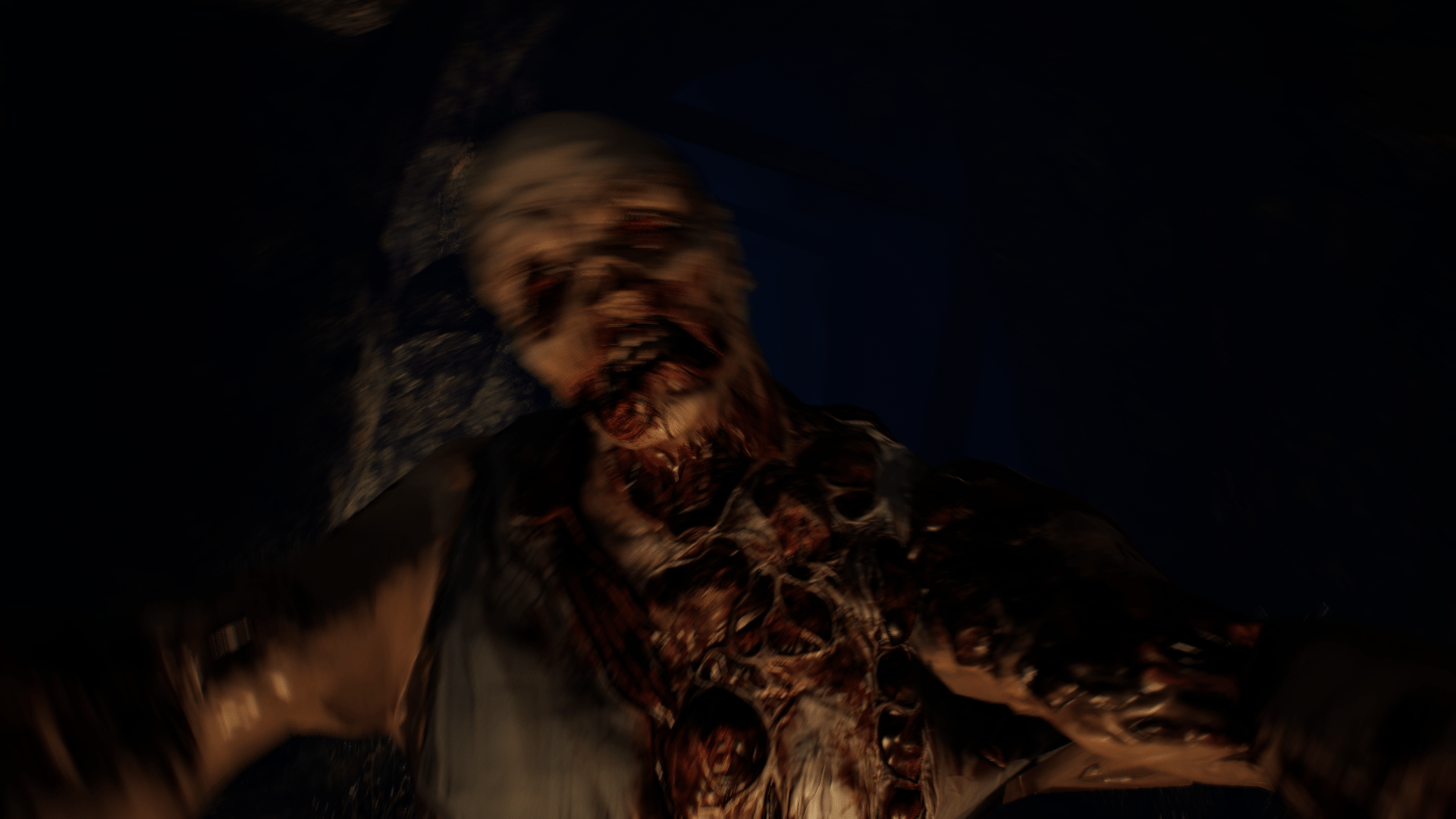 The Vanishing of Ethan Carter is not only filled with puzzles, and also very pretty, but it’s also very big. This is a detail that you won’t forget for quite some time, the world makes you follow a linear path amongst a world that is free to roam…to some extent. This can cause a lot of accidental backtracking, and then a lengthly run back to where you were. Eventually though you find Ethan’s room and a map on the wall shows you the key points in the world to visit too and opens a portal to fast travel.

Graphically it’s fairly pretty. The world is in a constant sunset setting with warm beams cutting through the trees, and some environments welcome a colder, more haunting colour scheme. The textures are impressive though, and this is the developer using photogrammetry technology to use various photographs of certain objects and mapping them to the models. It’s nicely explained in their blog post here.

The only things I didn’t like about The Vanishing of Ethan Carter’s graphic settings on the Xbox One is that you can’t seem to turn Motion Blurring off. While I don’t experience motion sickness when playing games with motion blur on, this game just doesn’t seem to pull it off well and ends up with the image looking…off. The blurring seems so intense that when you move it feels as if the worlds quality is being lost and makes your eyes feel like they’re not adjusting right. 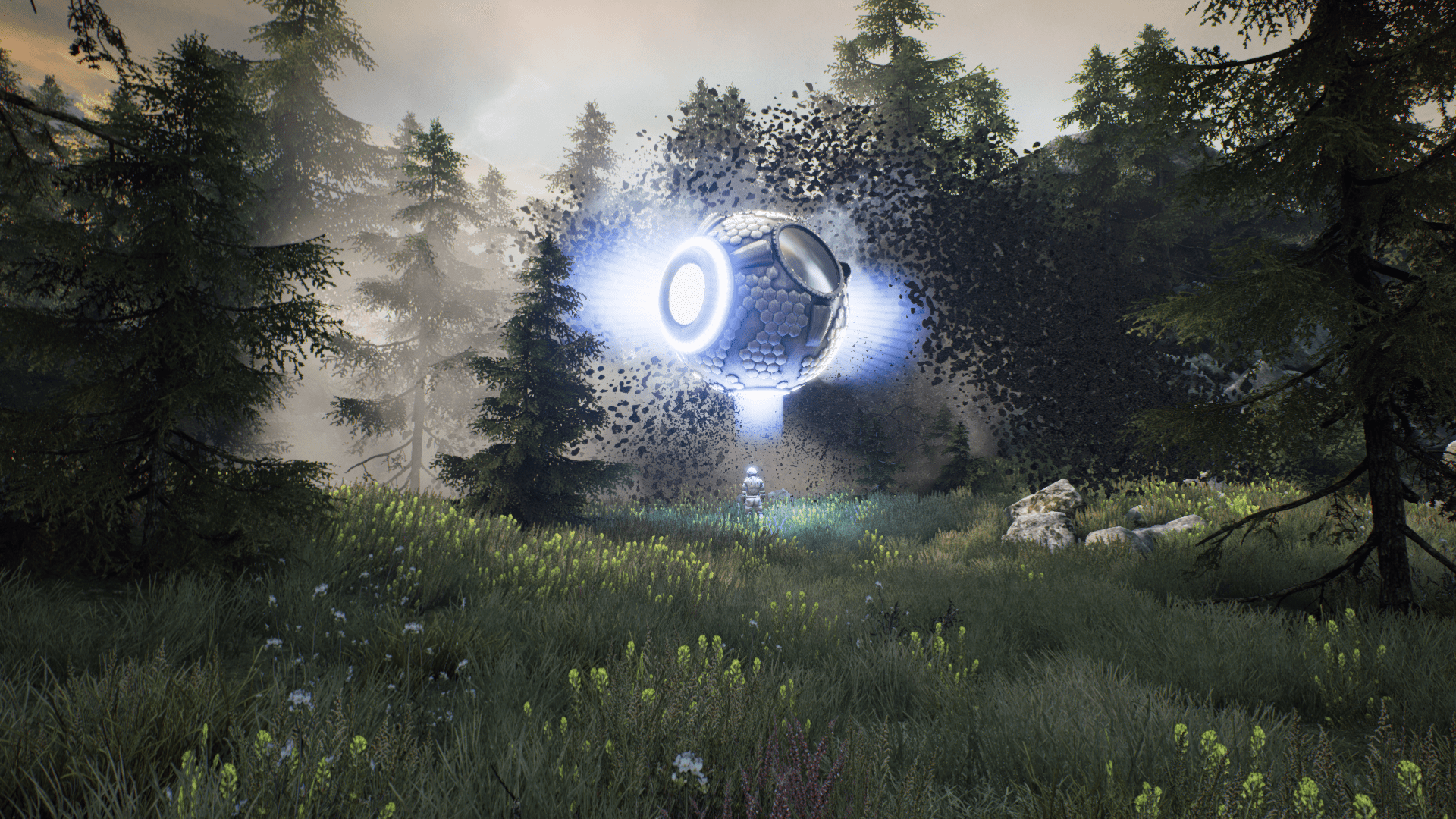 Additionally the Xbox One version has FPS limiting. Either Unlimited, which makes the game play out nice and smoothly, but ruined by the motion blur, and the other option which locks it to 30fps. This made my game run incredibly laggy and it was unpleasant to say the least.

The game has a beautiful soundtrack, and the voice acting is well done and engaging. Moments feel incredibly dramatic and captivating when you enter new areas of interest, and the music helps to keep the flow of the game going. Without music the game would be a largely boring journey. I know this because I turned the audio off and played the game in silence for a little while and found myself yawning after a few minutes. 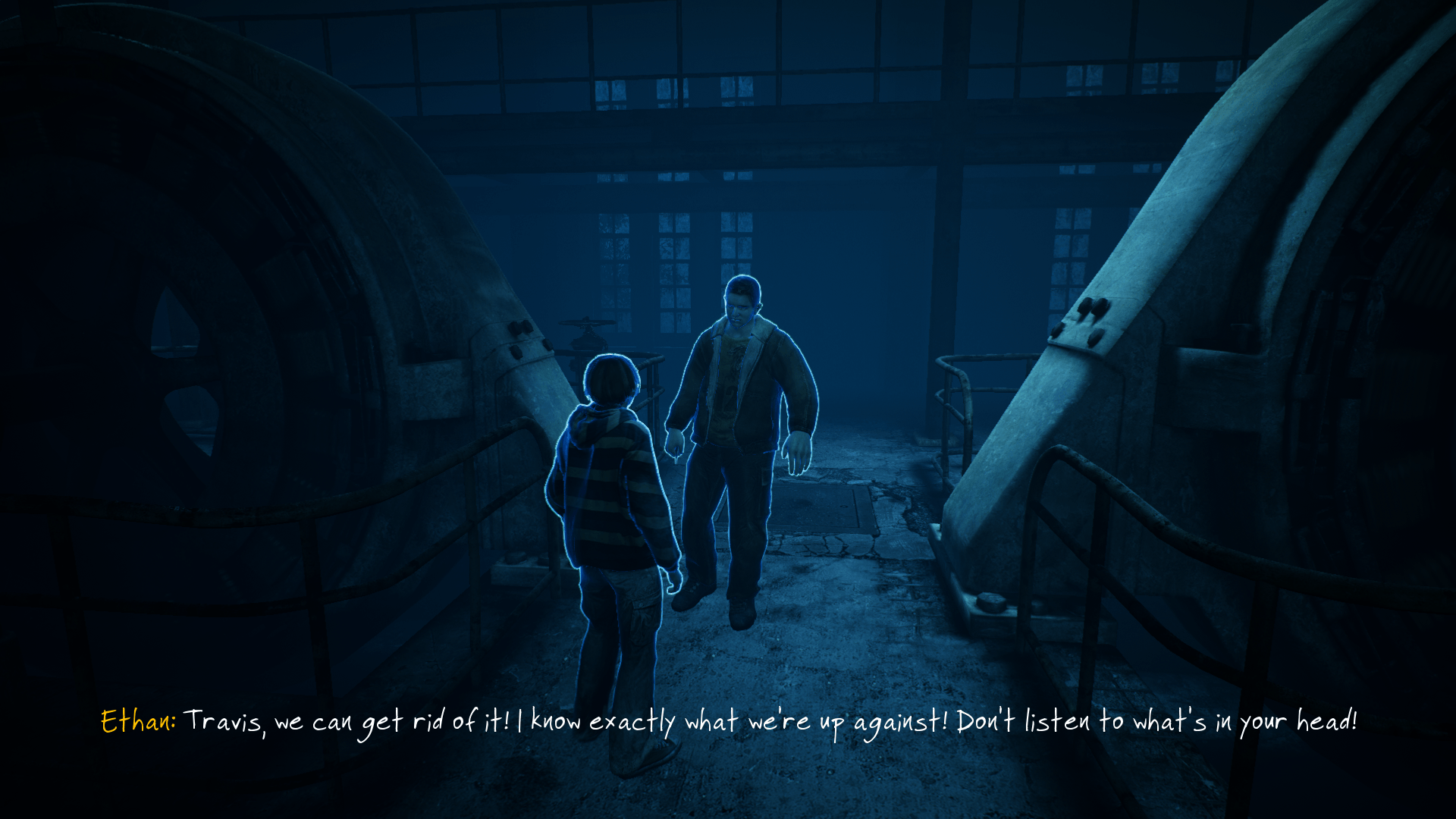 The life of the initial story of The Vanishing of Ethan Carter all depends on how quickly you solve the puzzles really and how long you spend assuming clues are hidden in the woods off track. It doesn’t feel that long though if you absolutely blitz it. Saying that, you can take to the Free Roam option which takes away the maps story constraints and lets you wonder around freely. This is more of a bragging feature to show off the games photogrammetry I think, and it’s welcomed with open arms. Although I could see a missed opportunity to implement a more diverse camera system for Free Roam allowing for some in-game photography. Other than that, I think the story is a play once situation, and a second playthrough won’t bring anything new.

The story is great to follow, and the puzzles, while fun to solve can be hard to locate. The entire atmosphere of The Vanishing of Ethan Carter gives a sort of, Myst vibe and certainly doesn’t hold you hand as the developer said. It’s just a shame that it’s so easy to go off track and end up lost in the constant sunset for a painfully long time. However it is worth a play and holds a wonderful twist at the end of the story.