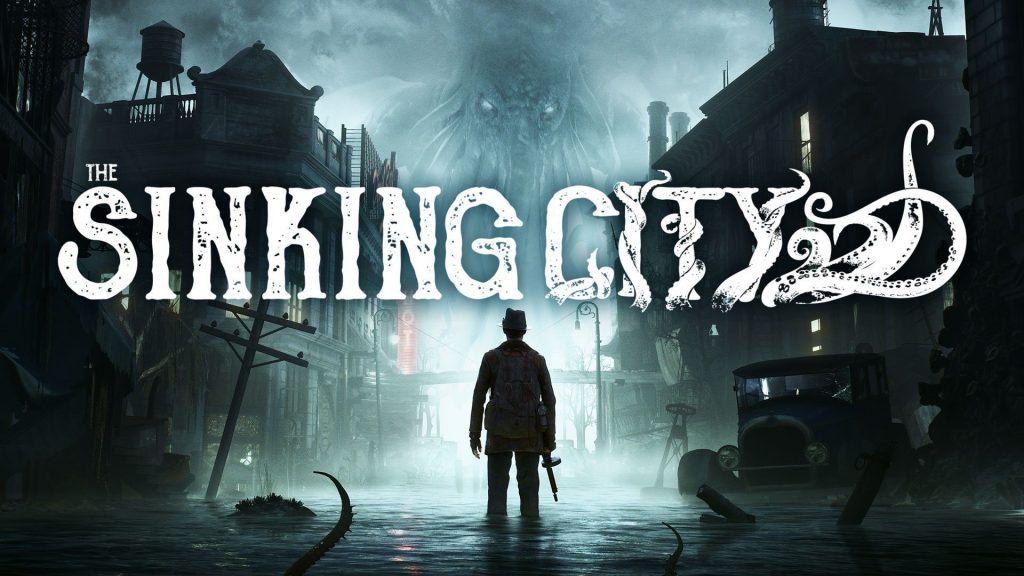 The Sinking City was developed by Frogwares and was published by BigBen Interactive. It was released on PS4, Xbox One and PC on June 2019. This is a review of the Nintendo Switch port, which released on 12 September 2019.

In The Sinking City, you play as Charles Reed, a private investigator who is drawn to the fictional town of Oakmont after being continually tormented by visions of slithering, supernatural horrors. Reed hopes to bring an end to his nightmares while also investigating a slew of disappearances, but shortly after disembarking Reed is drawn into investigating the grisly murder of a local aristocrat, and it soon becomes clear that Oakmont has a dark, mind-bending secret below its surface.

The plot borrows heavily from HP Lovecraft’s works, with suspiciously ape-like humans and fish-faced Innsmouthers being heavily featured in additional to be-tentacled, sanity-sapping beasts lurking beneath the waves. Those who have read Lovecraft’s work will have noticed the less than subtle racist undertones to many of his tales, and thankfully the game makes no attempts to gloss over the discrimination which plagued the source material.

Prejudice is rife in Oakmont, and Reed must decipher the motives of not only the suspects he is investigating but also of those who hire him. Often non-human characters who are portrayed in monstrous terms in Lovecraft’s stories are cast in a more sympathetic light here and the player is required to make key decisions while questioning their own prejudices. This is where The Sinking City ascends above the numerous other games built around Lovecraftian lore.

Before you can even get your land-legs The Sinking City introduces its detective mechanic. If you have played the Rocksteady Batman games or the recent Switch release Astral Chain you pretty much know what you’re in for here. Investigating involves examining every element of a crime scene then responding to supernatural cues which allow you to step into the past and see how events played out.

You must then put the events in a sequence which adds clues to Reed’s “mind palace”, essentially a detective’s notebook which can be accessed via the pause menu. The mind palace allows you to connect clues together to form deductions which will provide you with objectives as to where to go next or enable you to give your conclusions to the character who gave you the quest.

Sometimes Reed is required to visit information archives, such as the Oakmont Chronicle Headquarters, to find further information relating to an objective such as a key character’s name and location. This adds further depth to the somewhat by-the-numbers detective work.

The most interesting element of The Sinking City’s gameplay is that you are not told exactly where to go next. Instead, you must examine your objectives to find references to districts and street names then use your map to locate them, after which you are then able to place markers.

Even when you know roughly where your objective is located, upon arriving in an area you must scour the street to find the place where the quest is initiated. This is made easier by the introduction of “hobo markings”, which are painted symbols which indicate whether or not a door can be entered or a cupboard can be looted. This is a nice way to reduce the need to mash yourself against every door and object in the hopes that something will happen, a welcome addition given the confusing layouts and environmental clutter.

Unfortunately traversing The Sinking City is a bit of a pain. Many of the streets are partially or entirely flooded, and the presence of man-eating eels in every body of water means to travel by motorboat is nigh-on essential. When a location is flooded a boat will always be nearby, but the vehicle controls are slightly clunky and swapping back and forth between walking and boating to reach your location becomes tedious. Travelling by foot isn’t much better.

Much of the town is virtually empty of anything interesting to see, and constantly trudging through street after street of despondent NPCs and unremarkable buildings isn’t a good time. This is mitigated slightly when fast travel is unlocked, but you must visit each area and find a telephone box before this option becomes available, and you might already be tired of walking by this point.

Combat is also sub-standard. Enemies often move quickly and erratically or have projectiles which are hard to avoid, and Reed doesn’t control well, meaning it’s a struggle to focus attacks. You will often find yourself pumping bullets into empty spaces, and this is made worse by the scarcity of ammo and how woefully slow your default melee attack is. On top of this, you have a sanity meter and some enemies can drive you to an early grave merely by inhabiting the same room as you. You can improve your health and combat abilities as you earn experience, which can help make frustrating fights more manageable.

Unfortunately, The Sinking City’s performance on Switch is sub-par, and it could almost serve as a showcase for the graphical issues of yesteryear. There is screen-tearing whenever you turn around, the frame-rate stutters constantly (especially during combat) and aliasing is everywhere. While walking through the streets sometimes an NPC or a bush will pop up mere feet from the player which breaks the sense of immersion.

The sections which take place on the seabed are much prettier, but this only serves to demonstrate how rough the game looks generally. Simply put, this game should not have been released in this state. It could be that the Switch can’t handle games which attempt something close to photo-realism, but if that’s the case it would be preferable for these experiences to skip the hybrid altogether, especially with Nintendo’s absolute refusal to grant refunds to unsatisfied customers.

The Sinking City’s ambient soundtrack is effective at evoking the mood of Lovecraft’s tales and the voice-acting is largely pretty good, especially for the main characters who you can actually converse with. NPCs who serve more as set-dressing are a different story, and there seems to have been less care taken to come up with good dialogue and obtain good performances. The characters on the streets of Oakmont are often silent, as though maybe the Frogwares didn’t get around to voicing them, and this makes the world feel empty and half-finished.

Due to the aforementioned performance issues, I have not yet finished The Sinking City, but the campaign is sizeable and offers plenty to do, with numerous side quests in addition to the main storyline. The game is further extended due to the need to navigate your own path between objectives, a feature which makes the game more enjoyable.

It’s no pleasure to be so critical of a title which innovates on the third person adventure genre while offering an engaging plot. The Sinking City was clearly created with a strong vision in mind, and its failings are largely technical. There is much to love, and I will be going back to experience more of the story, but given the current state of the Switch port, I cannot recommend it. Wait to see if Frogwares release a patch before sinking any time into this one. I’m giving it the Thumb Culture Bronze award.

This game was provided for review by Big Ben Interactive