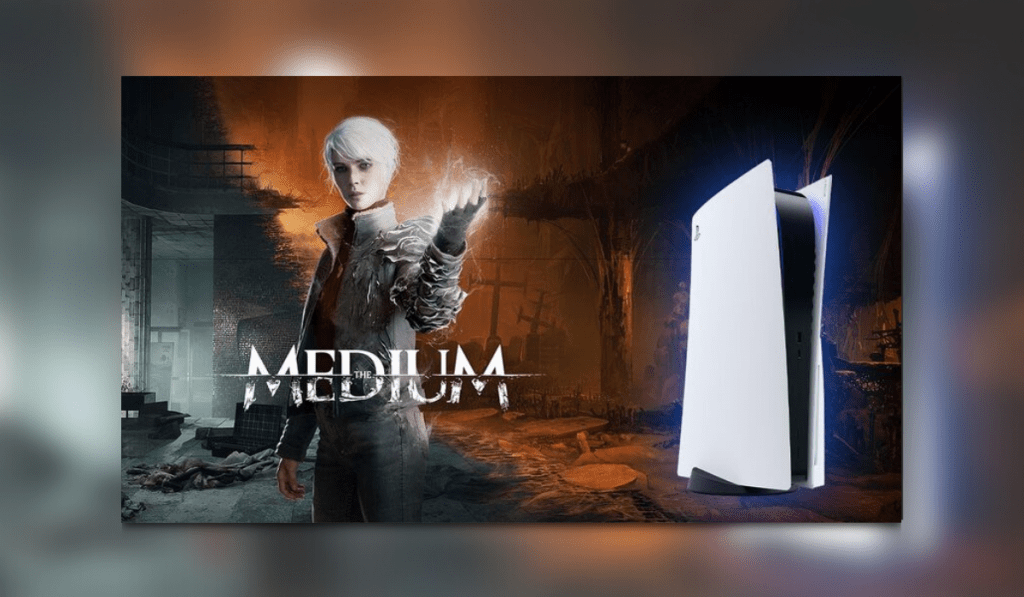 At Thumb Culture we are given the freedom to write our own experiences and thoughts about any game we review. You may be wondering what has this got to do with The Medium well back in February this year Martin reviewed the game using Xbox Game Pass via PC.

The Medium – It Starts With A Dead Girl

Martin had the following to say in his review:

The graphics are absolutely phenomenal. Everything is dark and dingy yet this stands out in the crowd. The setting of the game is incredible.

This game had me glued from start to finish, I wanted to know more about Marianne and her story and boy did it deliver

Fast forward 7 months and Bloober Team have brought their psychological horror hit The Medium to PlayStation 5.

Polish Publisher and Developer Bloober Team are responsible for Observer System Redux, Layers of Fear 1 and 2, and Blair Witch. The Medium in my view is their most ambitious title to date.

Set in Krakow, Poland the year is 1999 our protagonist (Marianne) is suffering from the grief of her father’s death. Adding to this Marianne has awoken from a recurring dream. In this dream, a young girl is chased through the woods and is shot by a lake. Marianne is a spiritual medium and helps troubled souls find their final respite.

Opening in her father’s apartment Marianne is searching for Jack’s tie clip, she wants to make sure Jack looks as smart as he will have wanted. We are introduced to the spiritual ability “Insight”, which allows Marianne to see objects she wouldn’t normally be able to see.

A mysterious phone call is received from a man identifying himself as “Thomas” who knows Marianne’s abilities. He also offers to show the meaning of her dream and the origin of her abilities. There is of course one condition, she has to meet him at the Niwa Workers’ Resort.

Bloober Team came up with a genius way of making sure players focus is kept on the gameplay. This ability in-game is referred to as “Split” where you see your actions are also shown via split-screen in the spirit realm in real-time. It takes part using the “Dual Reality” mechanic. I think this mechanic is great as the potential for hiding collectables is outstanding.

The biggest surprise to me is that the PS5 version currently doesn’t have Ray Tracing, One of the earliest points in the game has a mirror but no reflection at all. I find that strange, but it is by no means a deal-breaker, as the resolution and performance are a lot better than it was on the Xbox release.

Marianne feels very smooth in reacting and even during the faster pace chase scenes I didn’t notice a drop in performance. Dualsense support is where the PS5 release is once again superior, The resistance on the adaptive triggers is used in the ability Spirit blast. My only complaint here is that it needs adjusting so that the resistance is increased as it quickly casts. I do appreciate that, that is me being very picky. The haptic feedback on the controller is great, the moths hitting the Spirit Shield really does immerse you in the game.

Even the speaker aids your gameplay with dialogue coming from the controller and using the Playstation 5 Pulse headset to provide excellent audio. Bloober Team state it works best when using a headset, and I agree completely. The quality in the game is exactly what you would expect from the location.

I found my first playthrough took about 8 hours. In this time I did miss some of the secrets that Niwa has to offer. I feel that my 8 hours would be the time that I would give for a full completion including all the secrets. As a standard playthrough, roughly 6 or 7 hours.

Overall the game length felt just right and wasn’t unnecessarily dragged out. This is a credit to the writers because it is something I’ve seen all too many times in similar titles.

Having waited for 9 months to play I can say that it didn’t disappoint. Bloober team have done a brilliant job at bringing this title to Playstation 5 with a lot of unique features. I thoroughly enjoyed The Medium, the writing was great and the story was very engaging. It isn’t a game that sets out to scare you for the sake of it. I can think of only 2 sections that actually made me jump. So bear that in mind especially if you are worried.

As a gamer with Epilepsy, it is nice to see a very clear warning about photosensitive seizures. Whilst I didn’t experience any problems please stick to the recommended guidelines when playing this or any title.

Having thanked the team on Twitter for a superb title it will not come as a surprise that I award I am giving The Medium the Thumb Culture Platinum Award.