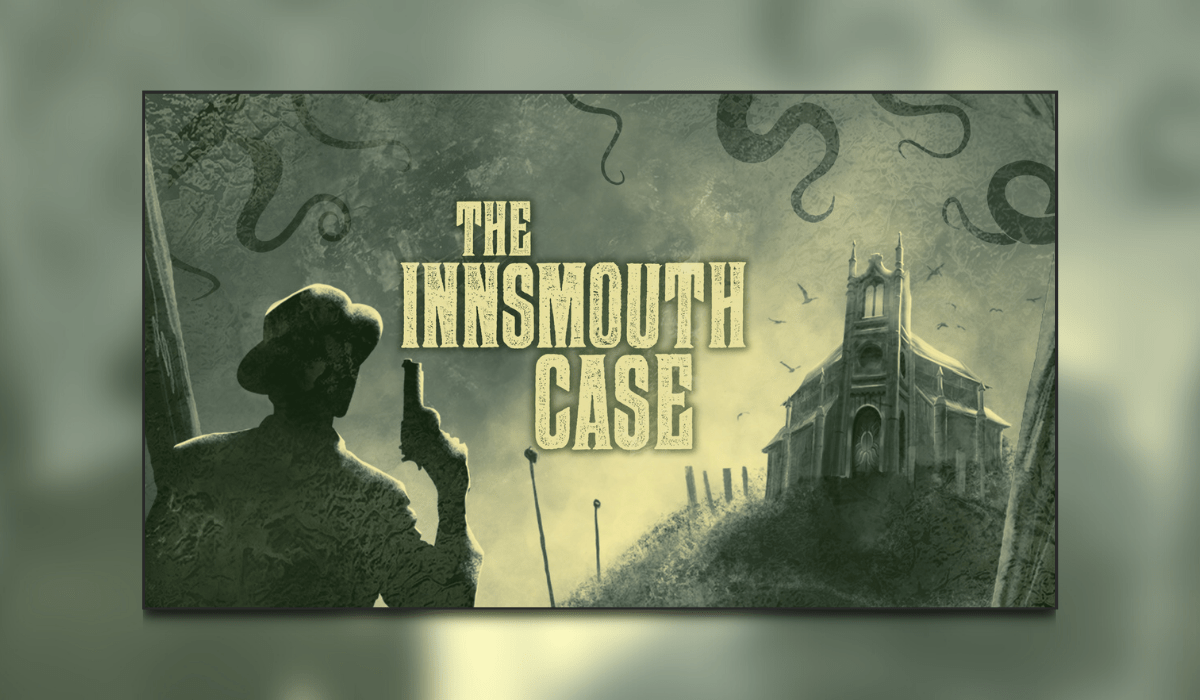 The Innsmouth Case is a text-based, choose-your-own-adventure game based on The Shadow over Innsmouth by H.P. Lovecraft. The genre of Interactive Fiction is one of the oldest in video games, stretching back to the 1970s with Adventure. Technological advances mean these types of games are no longer restricted to a text-only experience and are often supplemented with images, animations and music.  Let’s dive into Robot Pumpkin Games’ horror comedy mystery adventure and see what’s going on, shall we?

The Innsmouth Case – There Cod Be Something Fishy Inn This Plaice

I recently played Arcade Spirits, which is another example of an Interactive Fiction game and was very good. Other recent games include Doki Doki Literature Club+ and Overboard. Have you played any of these or others? Let us know in the comments.

The Innsmouth Case begins in Boston, in your office. You play as a private investigator. Just as your day is winding down, a mysterious woman arrives and asks you to take on the case for her missing daughter. Presumably, you’ll accept and make your way to Innsmouth where plenty of avenues of exploration, and mortal danger, await.

A lot of the Interactive Fiction and Visual Novel games I’ve played previously follow a similar structure. It’s a structure seen in many other types of games that have a branching narrative. You start your journey, are able to make a few choices along the way that alter proceedings in some way, then end up at one of a handful of endings. Events along your path occur in a similar fashion in most branches, perhaps with different dialogue or characters present, but for the most part, there’s a strict order of progression. The Innsmouth Case is a bit less restrictive than this.

The early game has you accept the case and make your way to Innsmouth via one of two methods. Not exactly a freedom revelation, sure, but choices you make at this early stages can drastically affect your end game choices. Once you reach Innsmouth however, your options really open up. Throughout the game, you are presented with scenarios and associated choices, up to 4 for each interaction. These then lead you along lots of different story branches and ultimately to one of 27, yes twenty-seven, endings. Oh, and there’s more than one way to reach a couple of the endings too. I’d love to see a storyboard representation of all the possibilities in The Innsmouth Case. I imagine it would look like the famous Pepe Silva board from It’s Always Sunny In Philidelphia.

The range of choices you can make is pretty broad, though just because you have options, it doesn’t mean you can avoid harm, or worse, in every situation. The writing is, maybe obviously, the stand-out feature of the game. A blend of horror and comedy elements is really entertaining and makes for some hilarious and interesting conversations or interactions with the characters of Innsmouth.

The game is presented as a book, laying upon a wooden desk strewn with loose pieces of paper. The text of the story is usually shown on the bottom half of the pages, while pictures of the settings or characters are shown in the top section. There is some limited animation for the characters, showing their reaction to your actions.  The style of the images is somewhat reminiscent of a Tim Burton film mixed with noir influences. Something I felt the game is lacking that would make a great addition are accessibility options for text, such as size and font type.

The soundtrack to the game consists of a few basic loops that convey the emotion of the scene. While pretty basic, it does add some tension to the scenes where your character is in more high stake situations. There’s no voice over for any text or dialogue in the game.

At the beginning of the game, you’re told there are 35 chapters. However, you’ll not experience all 35 on any single playthrough. With 27 different endings to find, if completion is your thing, there’s plenty of content to keep you busy. Once you’ve reached an ending you can use a chapter select feature to go back to a certain point in the story and play again from that point. Doing so keeps any choices made previous to the chapter you choose so it’s easy to follow different paths quickly.

The Innsmouth Case is a really humorous trip through a bizarre setting. The consequences of your choices are often quite unexpected and the story takes you to some very strange and wonderful places. I’d encourage you to play through at least a handful of times and test out different paths because you really never know what you’re going to uncover. If you’re a fan of the genre, you should really pick this one up and experience it. I’m awarding The Innsmouth Case a Thumb Culture Gold Award.