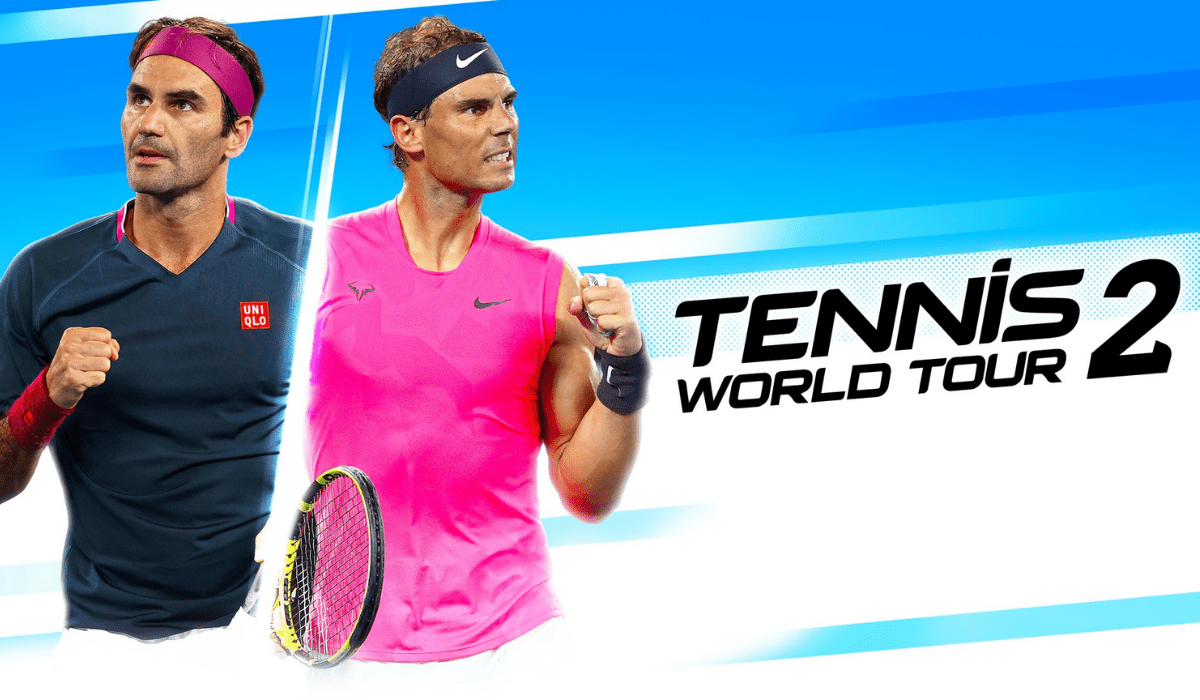 Tennis and video games haven’t had the greatest relationship over the years.  In fact, the only good ones seem to have ‘Mario’ or ‘Virtua’ in the title.  The last tennis game I played was Virtual Open Tennis 24 years ago on the Sega Saturn.  It wasn’t great.  Tennis World Tour 2 is the follow-up to the tragic Tennis World Tour released in 2018.  Tennis World Tour 2 will release on PC, PS4, Xbox One on 24th September, and on Switch at a later date.  Developed by Big Ant Studios who bring experience to the court having worked on the AO Tennis series.  Once again, published by Nacon, will they serve up an ace or will it be a double fault? 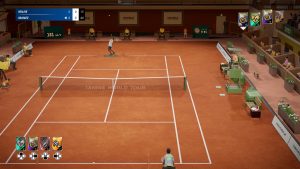 With a new developer at the helm, this brings a new game engine as well.  This means improved animations, more of them and an overall better experience.  With 36 licensed players and a slew of real-world locations, this is starting to look better already.  Perhaps the biggest addition to the game is the ability to play doubles.  You would think that was a given in a tennis game, but apparently not in the previous game.  This can be played with an AI partner, home with a friend or online.  You can play in in Career, Tournament, an Exhibition match and Online.  That is it as far as your gameplay options go.  Before you do anything, you will want to head over to Tennis School to familiarise yourself with the types of shots to take and movement.

An interesting feature is the card system.  There are perks that can be bought with in-game currency and can be activated in the match to give you the edge over your opponent.  These can come in the form of reducing your opponent’s stamina, improving your lob shot by 5% and many others.  Tournament mode is exactly what it says on the tin. Set your tournament parameters such as match type, sets per match and away you go.  Be aware that you can only have one tournament at any given time.  Exhibition mode is a simple single game choosing from the roster of players and playing a singles or doubles game. 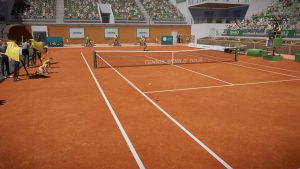 Career is where you will spend most of your time.  Here you will manage your season, equipment, training, staff and sponsors.  As is with most games, the more you play, the more you unlock to help you rise through the ranks.  As a result, you are in total control of everything.

The gameplay itself just feels very standard for a tennis game.  By standard, I mean it serves its purpose with a few minor issues.  I found it really difficult to serve a fault or hit the ball out of bounds.  Though this does offer up some good rallies with opponents, I feel a bit more precision with where you are going to hit the ball wouldn’t go amiss.  That being said, it is worth noting that it must be possible, as the serve system allows you to serve safely are take a risk by serving more powerfully using the height of the ball as a serve indicator.  Additionally, the time of your shot can affect the ball in terms of power, trajectory and placement.  Though, it is some times quite difficult to gauge when it is exactly right to hit your shot.

One thing I did encounter which could mean the difference between winning a Grand Slam tournament and not.  As my opponent returned my server with a simple shot, I could not even move from where I was to return the shot from the centre of the court.  As a result, I lost my match.  It isn’t all doom and gloom though.  The gameplay is fluid and paced well enough to emulate a real match.  But once the match is done, I feel that is enough tennis for me.

If you choose to take Tennis World Tour 2 online, you can create and play custom matches or compete in an online league.  That is, if online play is available.  I say this because it was promised at the release of the first game, and it wasn’t there. 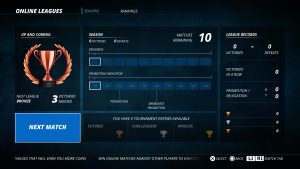 There isn’t really a lot you can do to a tennis game to make it look any more interesting than what it is.  Tennis World Tour 2 looks like a tennis game.  The graphics of the environment look as good as you would expect, but the character models look like they have been borrowed from a PS3 game.  And there is not a lot you can do to combat the size of that forehead which looks more suitable to a Beavis and Butthead game. 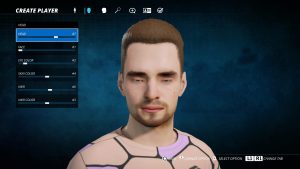 Tennis World Tour 2 comes with all the ‘ooohhh’s and ‘ahhhh’s of the crown, the annoying ‘uhngggh’s and aarrgghh’s of the player and the umpire shouting ‘FAULT’ really loudly so it is quite authentic in that respect.  There isn’t really a lot more you can add in terms of sound to make it feel any more genuine so, good job!

There is plenty to keep you going if you are a tennis fan.  The calendar in career mode is choc-full of events for you to take part in.  If online play is available then being able to take part in leagues will certainly keep you going for a while.  If you’re not a fan of tennis itself, you might find Tennis World Tour 2 to be the sort of game you play for an hour just to fill the time. 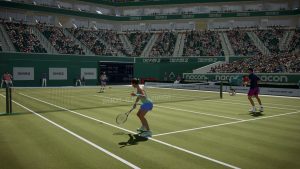 Tennis World Tour 2 is a tennis game for people who like tennis, there is no denying this.  It does little in terms of innovation and drawing in a crowd of new fans.  Don’t get me wrong, Tennis World Tour 2 is a good tennis game, but I feel its lack of innovation will see it in bargain bins fairly soon, and better games were around on the Sega Dreamcast 20 years ago.  I personally do not like football, but I do enjoy playing FIFA for a few hours with friends on occasion.  If they could somehow tap into that formula to draw in a new audience, then they might be onto something.

But as it stands, I award Tennis World Tour 2 the Thumb Culture Silver award 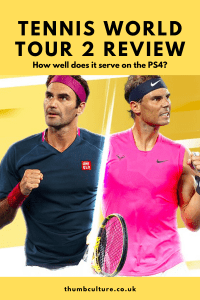