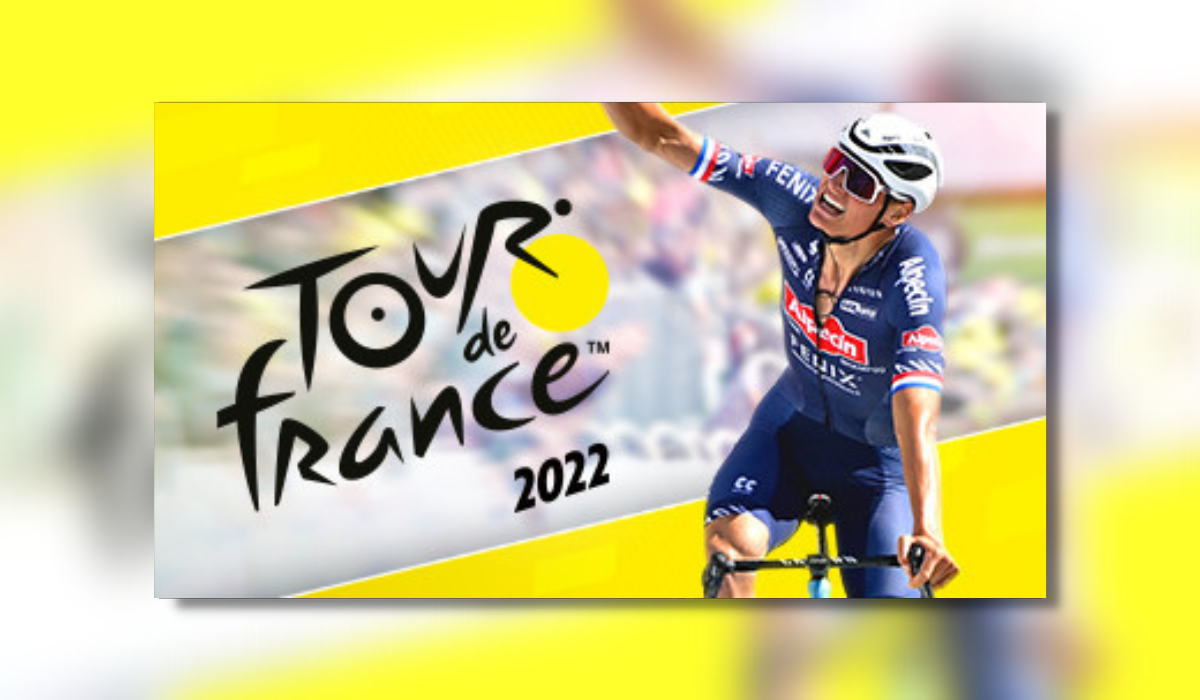 It’s that time of year again when the world’s biggest bike race comes to France, or weirdly this year starts in Denmark, just to confuse you. Once again Nacon and Cyanide Studios have teamed up to release Tour de France 22. If you enjoy this review head over to our website to see all our other game and hardware reviews!

Race to the Champs Elysees!

Now I admit there is only so much you can do with a sports simulation game, as the actual sport doesn’t change that much, it’s either race to the finish or score more goals than the other team. However where other sports sims have improved have been the graphics and audio, the last few additions of this game have been a copy and paste job of the previous edition so let’s dive into the game to find out if it is or not!

As you would expect all 21 stages of the 2022 Tour de France are available to race through as your favourite pro tour team, but this year sees the addition of a few new continental teams such as Eolo-Kometa and Uno-X should you wish to take the real underdogs to the top step in Paris.

As well as the new teams there is also a new game mode, race incidents, preparation system and a new race called “The Primavera Classic”.

Let’s touch on that new race first which is basically a copy of the classic Milan-San Remo one-day race, but clearly the image/naming rights were not obtained so here we have the second-best option. This new race brings the total number of available stage races up to 92 which is a chunky amount of race time.

The new game mode is called “Race of the Moment” and are limited-time competitions based on some of the finest historical moments in cycling history. Great I thought, I can drop in and be Roglic wrestling his way on a TT bike to just about finish first. What I wasn’t expecting was how limited this game mode would really be. You have to be online at the right time and day, otherwise you will miss it and have to wait for it to come full circle again. This I thought was very disappointing, as it would have been great to just select the great moment you want and drop in at any time.

Now we come to the actual gameplay, with its new incident and preparation systems. As in all previous editions, the controls are exactly the same, a mixture of triggers to accelerate/brake, button bashing to sprint, single-button coms and left stick to steer.

The feature that I was most excited about was the ability to finally crash and fall off the bikes. In my previous review of Tour de France games you will have seen I said you could fully send it into the barriers at over 50kph and the rider would carry on as if nothing had happened. Now would you finally fall to floor and experience the cuts and bruises that I actually have got from bike racing? Sadly no, once activated in the settings (you can also set the frequency of the falls) I was still able to ride into barriers, other riders and crowds and appear no worse off than I did before, so really nothing has changed from previous editions at all, based on my playing experiences.

Ah where to start, maybe I should just copy and paste my review from 2019, and nothing has really changed at all since then.

Now some people would say a bike is just a bike. but that would be like saying a Ferrari is a Porsche. This is an area that Tour de France really should be able to improve upon as there are some of the biggest bike brands missing from the game (Pinarello as an example) and each bike has its nuances, should you pick a heavier aero bike over the lightweight climbing bike for a stage? This is something I’d really like to see added to the game. The riders faces are pretty much identical as well, again something that you would hope the developers could improve on.

Audio is exactly the same as well, throw in some cries of “Allez” with the same boring menu music, and you wonder what the developers have been doing for the last year. With so many great commentators appearing on Eurosport and GCN Plus, they really could do with getting a few of them to come onboard to add some further realism to the game.

With 92 full stages, across 4 game modes the longevity of Tour de France 22 is definitely not a problem if you sit down and ride in real-time. Would you want to though? Probably not you’d literally be holding that right trigger down for 4 hours a stage and then mash the sprint button at the end to win. You’ll most likely find yourself fast-forwarding the race to the main sprints, climbs and finish line for the important segments and this greatly reduces the overall time playing the game, but on the upside increases the excitement levels, as 4 hours holding down a trigger is quite tedious!

I am a cyclist and a cycling fan and yet again Tour de France 2022 has left me disappointed. This may be because I live in the cycling world so know about the nuances of racing and the differences between bikes, maybe a Zwift review should follow?!

On the subject of cycling, I myself will be taking part in the PanCeltic 2022 Race which starts on the 10th July. This is a 1,600 mile race around the coasts of Wales and Ireland. During this ultra-endurance event I will be raising money for SUDEP, a charity that is close to the hearts of everyone at Thumb Culture. You can help raise money for SUDEP via my Just Giving Page!

Back to the game, due to all of the above I award Tour de France 2022 the Thumb Culture Bronze Award.