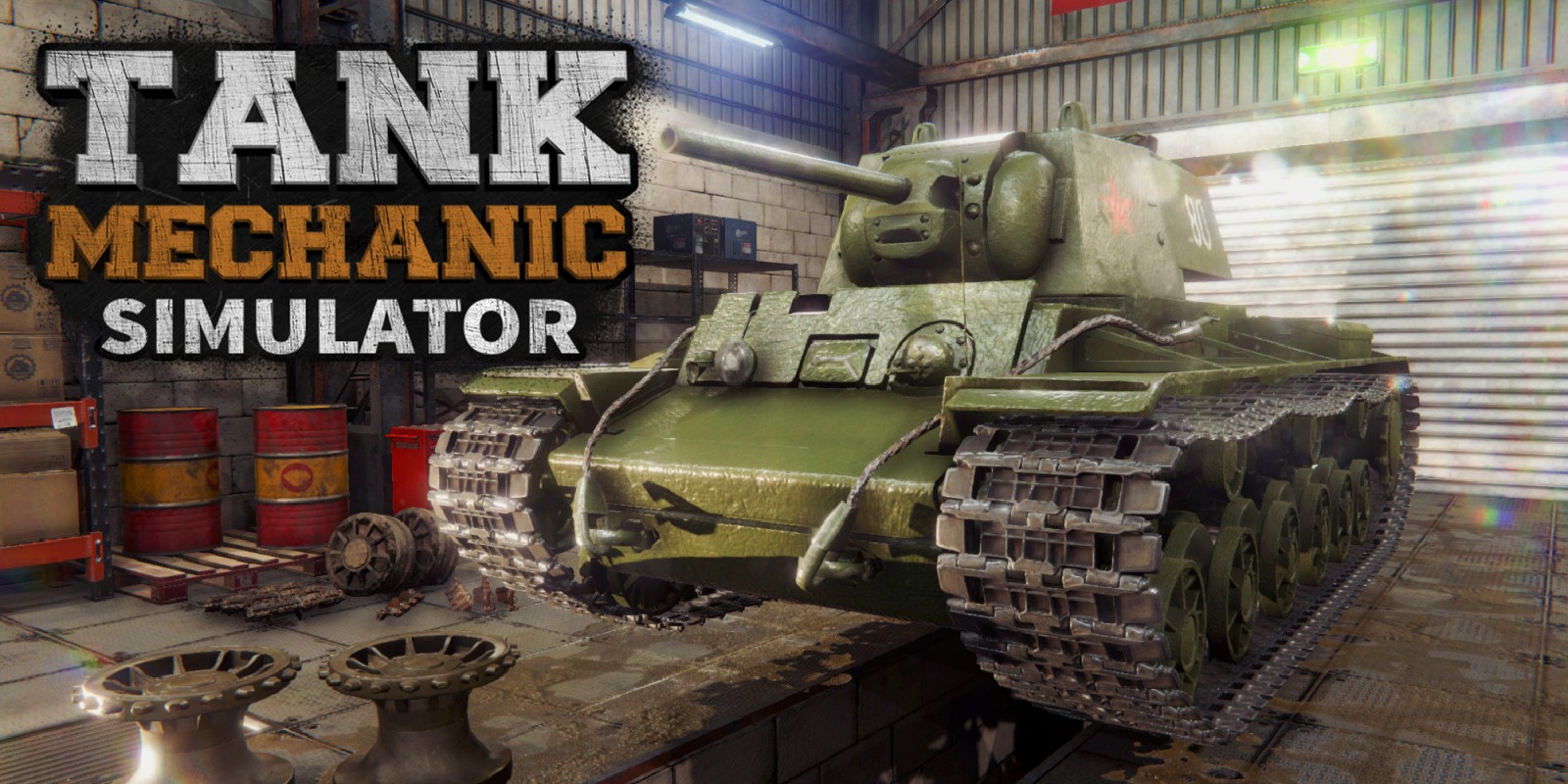 I have been lucky in my life to play all manner of sims, some have been great and others have been atrocious.  Having recently reviewed car mechanic simulator, a game that seemingly gave you a basic understanding of where parts are on a car, but at the same time leaving out the swearing and grunt work behind that “five-minute” job, I was intrigued to take a look at Polish devs DeGenerals S.A fantastically titled Tank Mechanic Simulator.  Slathered in world war 2 wartime history, was I going to regress into Uncle Albert of Only Fools and Horses fame as I tell everyone about my tank restoration exploits or would I end up walking away from the rusty mess?

The back story to Tank Mechanic Simulator is that you are a museum owner/tank restorer, having taken over from your late father, and the overall goal is to collect all of the available world war 2 tanks in the game and proudly display them off to the public.  To achieve your goal will cost you a lot of time and effort as you take on available contracts to help you acrue money to finance your exploits.  In true mechanic sim-style you start off with basic repairs using the equipment dotted around your workshop the best you can.  Contracts such as disassembling and repairing broken parts as well as restoring rusty bodywork is typical work that features.

Tank Mechanic Simulator is played in first person allowing you to really feel as though you are working on a tank within your own workshop.  The controls are not too difficult to pickup and you are guided throughout the gameplay.  Mainly it is a case of highlighting the relevant part of the tank that you wish to either remove, assemble or work on with your tools.  You can either attempt to repair the broken parts yourself or you can choose to spend out on a shiny new one from the online tanks part shop via what looks like the first pc I bought back in the 90’s.

Taking apart a tank is actually quite enjoyable, especially when you do not have the foggiest of ideas where to begin.  Having never attempted to take apart my Sherman that sits out on the drive I felt a little daunted however everything just seemed to peel away fairly easily.  There is a turret stand for that all-important rotating barrel assembly as well as an engine stand to marvel at the beating heart of the 500 horse powered beast.  As you complete contracts you get paid for your work and gain upgrade points that you can use funnily enough on the upgrade panel located in the workshop.  Here you will discover options to enhance your tools and business as well as practical upgrades such as shop transaction discounts, extra warehouse space and faster movement speed.  Spend wisely as it really can help you out on the next contract!  Cosmetically you have the option to choose the materials of your workshop walls, the types of posters that adorn them as well as flags that hang in the corners, a nice touch that makes the workshop a little bit more personalised.

Once you have completed a few contracts and unlocked the museum room you can, later on, go out and explore the area for hidden tanks to add to your collection.  Now given the age of the tanks they are not going to be simply found down the middle aisle of the Lidl superstore, well actually who knows what will be down there next week!  Instead, it is down to you to jump into your jeep, grab your trusty metal detector and walk around the land, following your hunchs and digging to see if you have got lucky.  Discovered tanks are then claimed and become a restoration project for you.

Interestingly there are no British tanks featured in Tank Mechanic Simulator.  Instead, you will find a selection of mainly German tanks along with a few American and Russian ones, there are 14 in total.  Whether this is a licensing issue or not, I’m not sure.

Every tank has been lovingly replicated by DeGenerals to give you a real flavour of what makes every tank tick.  Using the camera you can zoom right in onto bolts, cranks and wheels giving that much-needed authenticity to the gameplay.  Restored tanks can have their engines turned on, lights lit up and can be driven and fired on a testing range.

When using the tools they are well animated to make you feel as though you are grinding, welding or hammering the tank part.  Every detail has been well thought of.

Driving your jeep out in the countryside gives you the much-needed break from the confines of the workshop, it is beautifully rendered with grassy fields and tree-lined horizons.

Tank Mechanic Simulator features all the sounds that you would expect to find when working in a workshop.  From clanks and clangs to the rasp of the welding machine it’s all here.  The best part is, of course, hearing that engine strike up for the first time once you have finished restoring the tank to its former glory.

The background music featuring calm classical music such as Johann Pachelbel’s aptly named “Canon in D” can be turned on and off at the radio beside your computer.  Both the sound effects and music volumes can be independently controlled via the settings menu.

Being a sim game this is not going to be beaten very quickly.  The fun to be had here is not just painstakingly restoring tanks but also exploring the outside world to find them as well as learning about their world war 2 history.  Expect around 26 hours of gameplay.

Tank Mechanic Simulator is, of course, an acquired taste, whether it is satisfying your knowledge of history, love of tanks or even mechanical engineering, there is something here for all of you.  If you have enjoyed the likes of the car mechanic sims then this is a challenging, but similar in a way, game to naturally progress onto.  I particularly enjoyed the pride of restoring a tank and displaying it within the museum for all to see.

Enjoying history like this myself, I feel that it is through games like these that will immortalise our past for all to see.  Not everyone can pop to their local tank museum and marvel at these feats of engineering whenever they wish! 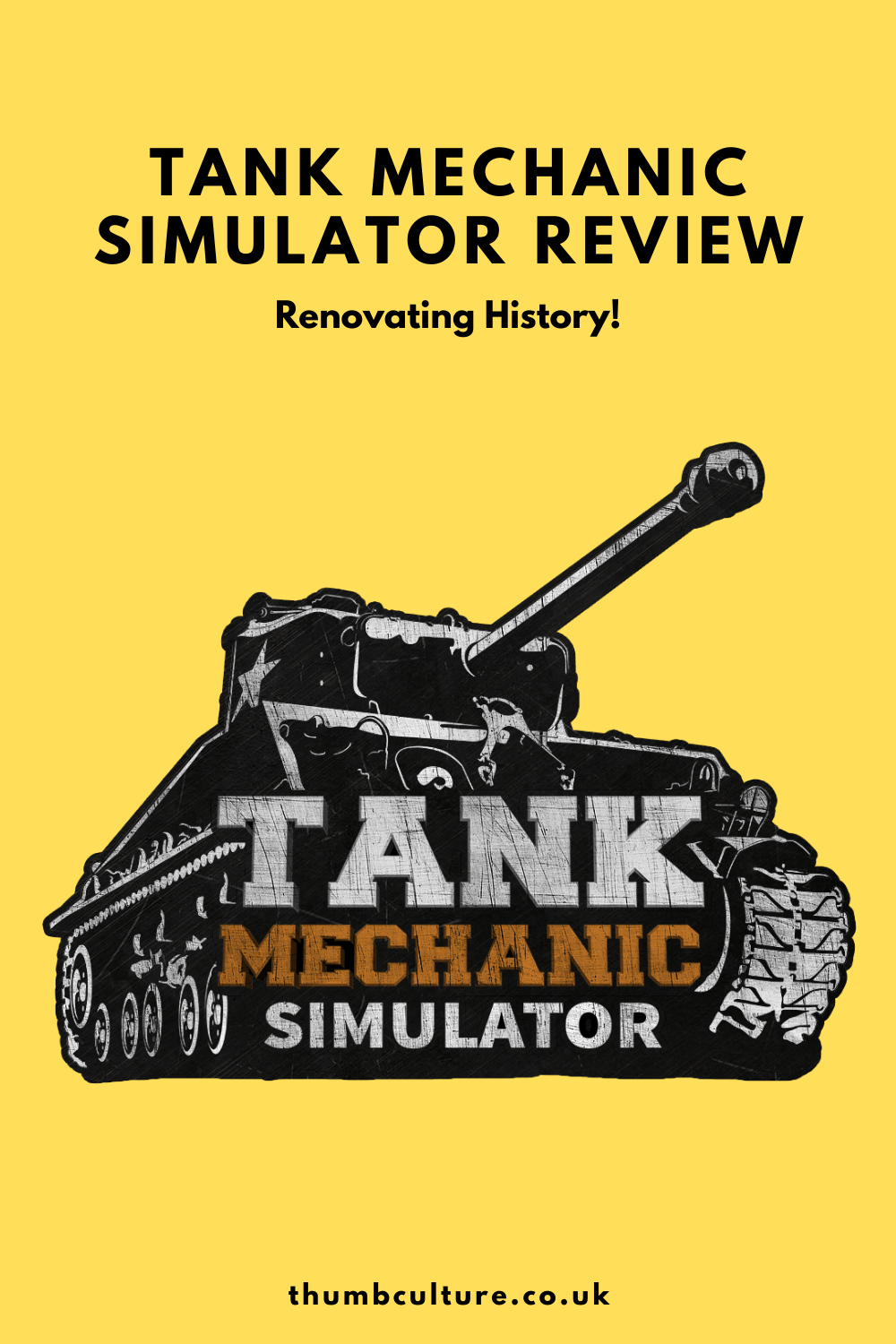