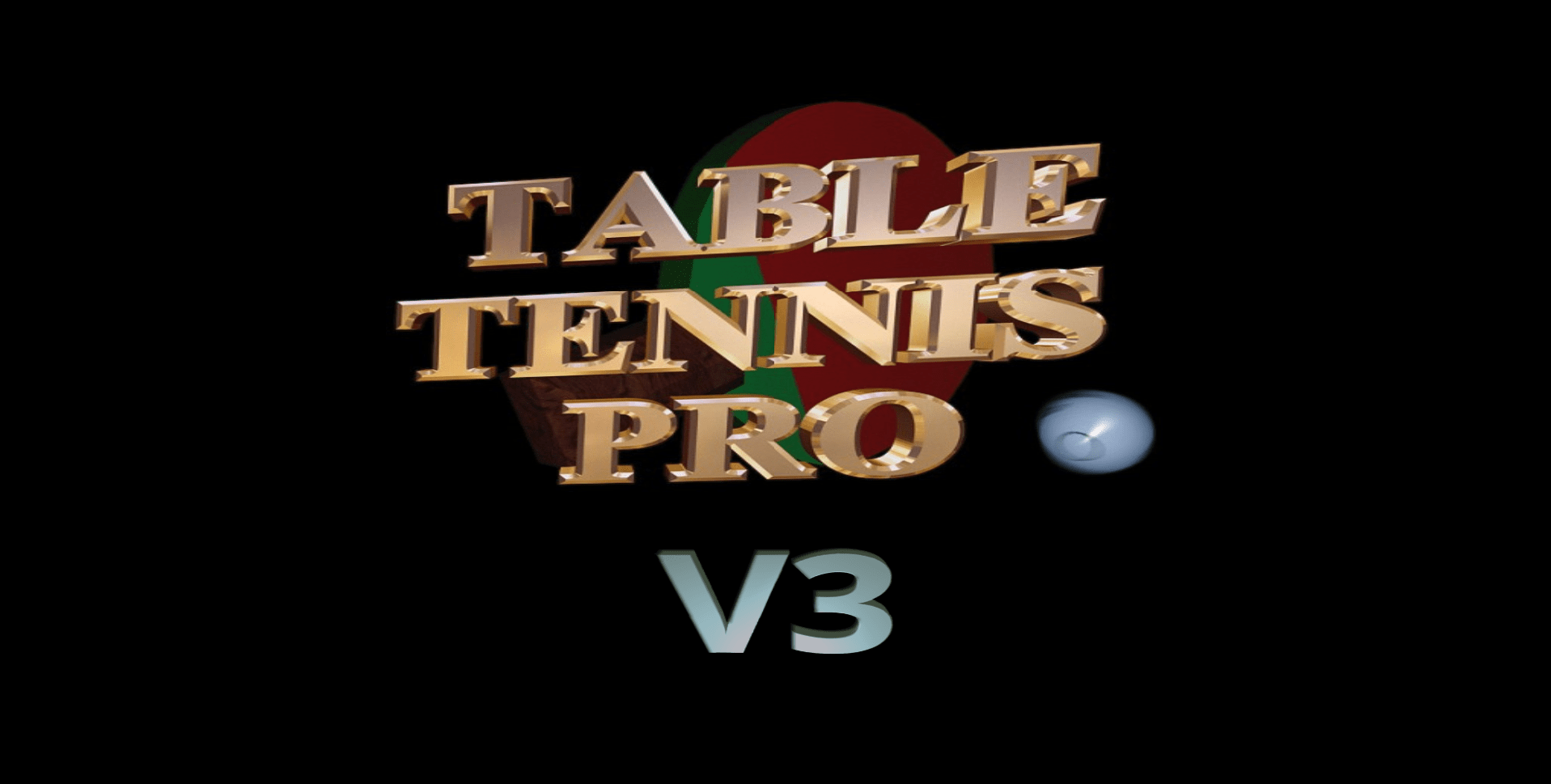 Become the master of the table and swing your paddle to victory. Let us know in the comments your thoughts about Table Tennis Pro, and if you swung to victory against some pretty tough opponents. Check out my previous article here.

Having not played too much ping pong or table tennis in real life, I was looking forward to getting started. I was all set to release my inner ping pong champion until my first opponent absolutely handed me my dinner on a plate. I started as a newbie and it was hard, but the in-game tutorial helped me to learn the different types of shots in the game. The innovative control system in Table Tennis Pro is brilliant and provides full control of power and spin of the ball. 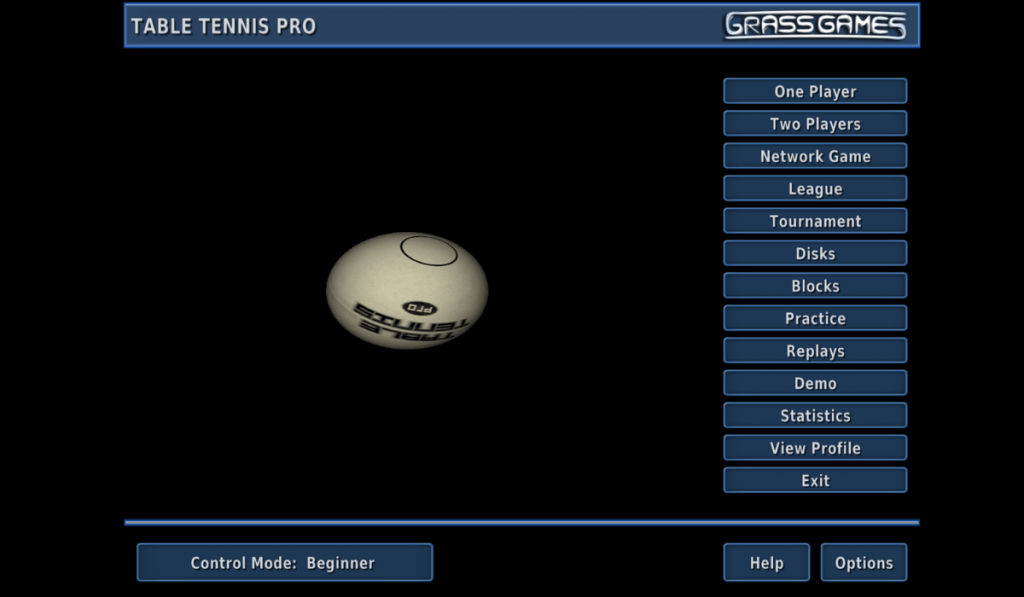 When playing Table Tennis Pro you have a bunch of different game modes to choose from. Play single-player or split-screen on the same computer with a friend, dive into a league or tournament competition, or just practice on your own. With Table Tennis Pro adding intelligent opponents, it can be pretty tough sometimes, and could find yourself losing the game pretty quickly.

Being able to change through the different difficulties and the speed of the game helped me out a lot. I could play on any higher than intermediate and had the speed on slow. Once I had got to grips with Table Tennis Pro I ventured over to single-player mode and things stepped up big time and I was not ready at all.

With two mini-games in Table Tennis Pro, you can’t really get bored if you love ping pong or table tennis. One of the game modes is called ‘Disks’, this game mode will help you get your shots in the right spot on the table. Make sure you hit the numbered disk on the table before you run out of time. When you miss the table you’ll lose a point and when you don’t hit the disk in time you’ll lose a life. The objective is to get as many points as possible and as you do this you’ll start to get the hang of placing shots on the table.

The second mini-game mode available is called Blocks. It won’t let you play if you are playing in beginner mode. Because of this, I wouldn’t recommend just putting your settings higher to play this mode. It was ridiculously hard, and I couldn’t hit the bricks on the board for the life of me. In addition to it being hard to hit the brick if you miss the table, you start to lose points. In turn, you eventually get stopped and have to restart. 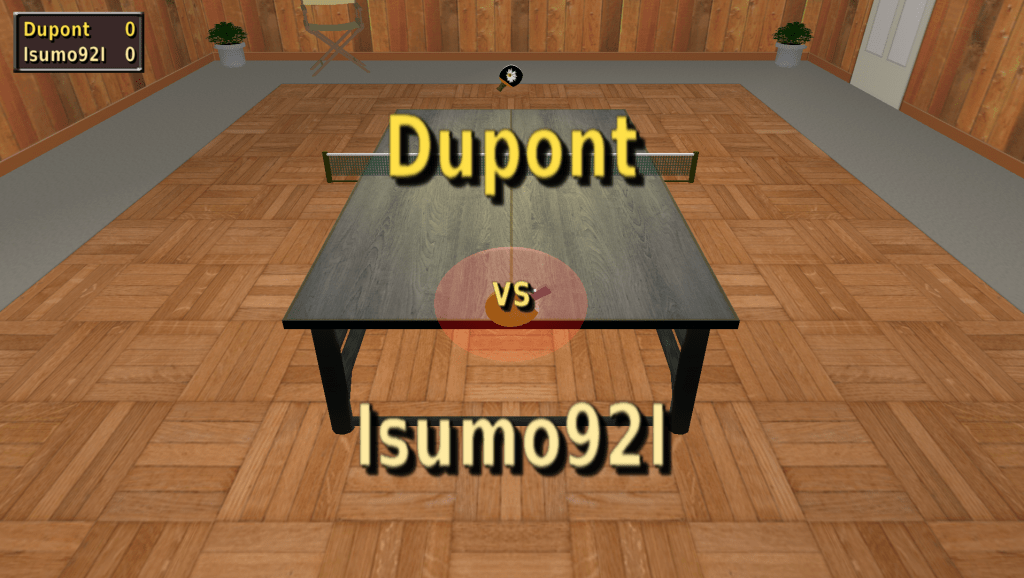 Table Tennis Pro is not a masterpiece but clear and easy to see everything and easy to see the ball. With a true 3d environment everything looks ok and smooth enough for you to be able to play with no problems. While not encountering any glitches with the graphics I sometimes found the audio to be a little off. Sometimes I would hit the ball and the sound would come after and not sync.  After restarting the game this did fix its self. As a result of this every time I would play Table Tennis Pro the game would have to be reset. After fixing the audio, the in-game audio is pretty good and sounds like you’re hitting a ping pong ball.

Depending on how much you love ping pong would depend on how much you would play this game. It’s a fun game to pass some time and to learn the physics of the game. Being able to play split-screen with a friend is definitely an added bonus. Table Tennis Pro has a nice variety of games mode for you to enjoy and setting up a tournament can add to the gameplay time of the game. 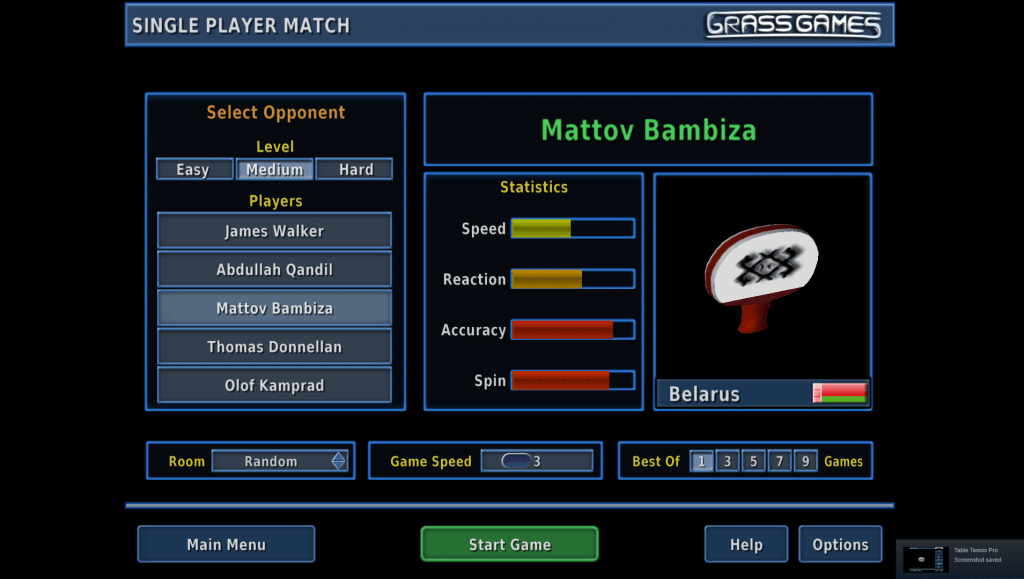 I enjoyed playing Table Tennis Pro and can see it being a hit with ping pong lovers. Table Tennis Pro is a good game to relax and play and have fun with. I can see the online appeal and would definitely play this online with a few friends. Being able to play split-screen was great and I enjoyed that a lot. However, I didn’t find myself wanting to go against the in-game opponents too much.

But, I found it difficult to get the hang of and could never really move above intermediate setting on a level 2 speed. With the in-game opponents being so good I couldn’t really get anywhere in tournaments or the league as I would lose most of the games. I’d either be knocked out as soon as possible or the bottom of the league. This is even with the settings as low as they could go. I give Table Tennis Pro a silver award. 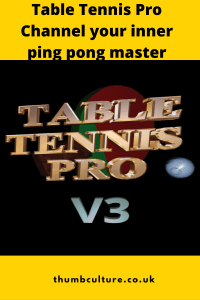