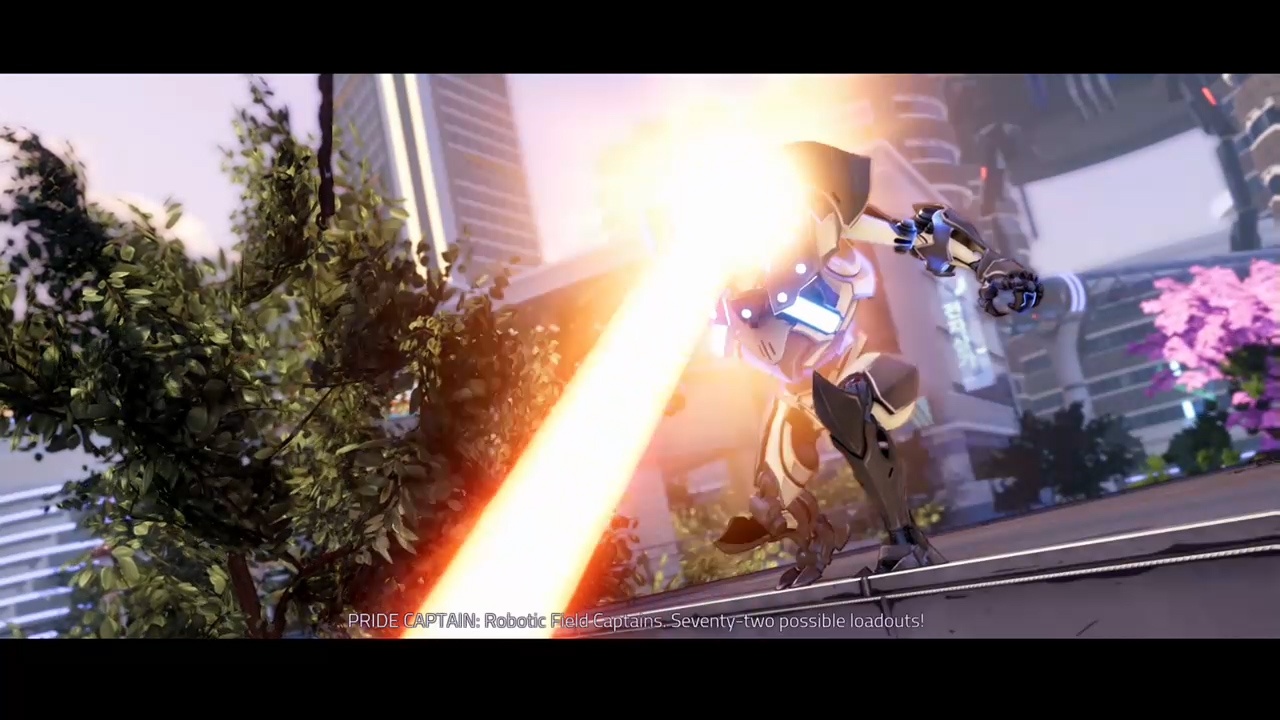 The latest Saints Row takes you through a futuristi…no wait, that can’t be right. Oh, of course, it’s an easy mistake to make. The latest release from Volition sees futuristic superhero title, Agents of Mayhem coming to PC and consoles with a very strong Saints Row feel. The following piece is from my time with the Xbox One version of the game.

Agents of Mayhem is set in the city of Seoul, which is set within the same universe as Saints Row, and holds the signature purple hue style Volition are famous for. You take control of three MAYHEM agents, part of an organisation of superheroes with the task to complete linear missions to overthrow the super villain organisation known as LEGION who, rather unsurprisingly want to take over the world.

The game takes place after the events of the Saints Row Devil’s Night from the Get Out of Hell DLC, and gives you the story in both 3D animated cutscenes, and sharp, colourful cartoons that bear resemblances to those morning breakfast shows. Throughout the game there’s also sarcastic, vulgar dialogue being littered all over the place, which always seems to be coming across as trying too hard to fit in with modern vulgarity in speech, but comes across as a bit cringe-worthy. 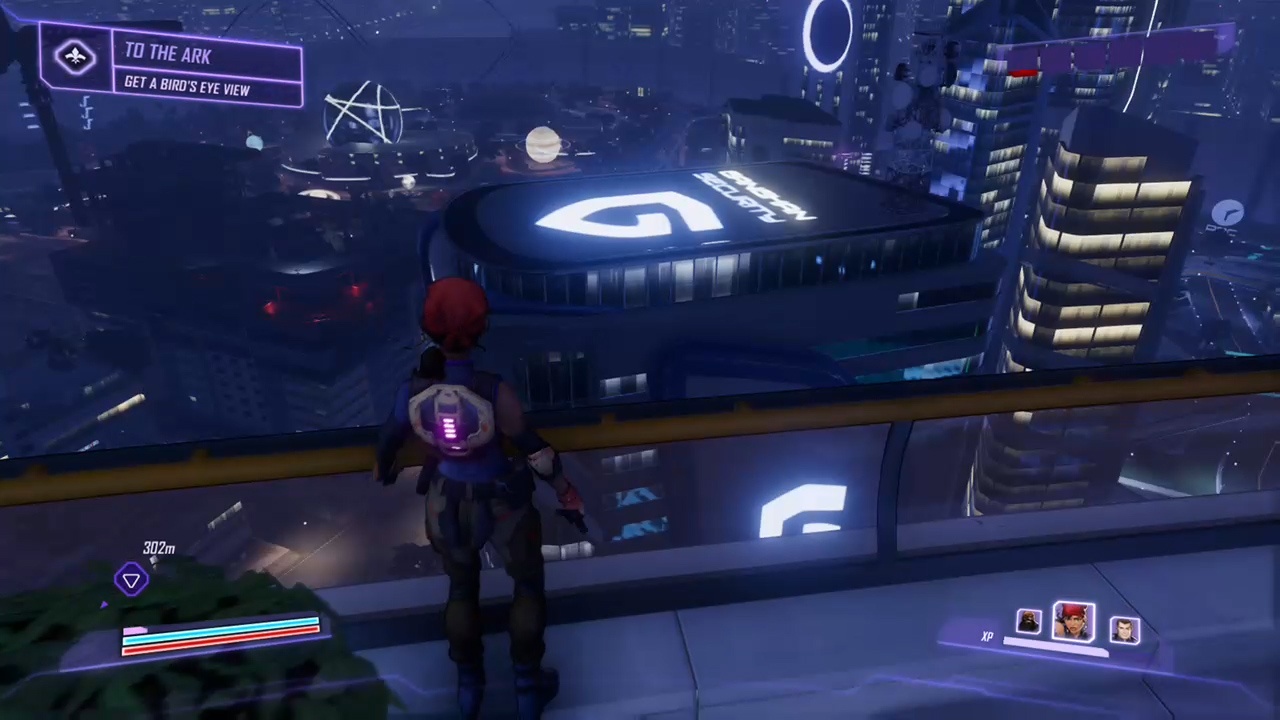 Let’s talk about the gameplay, there are twelve agents under MAYHEM’s wing, with you being able to select three of these agents to take on the action packed missions that lie ahead. However, it isn’t a trio of agents wandering around the city side-by-side, instead the three agents materialise within themselves, with the selected agent being playable, and the other two at the ready to materialise between in a a simple tap of the D-pad. Ideally, this system is in place for when a selected agent is running low of health, or perhaps some tasks are better suited to a certain agent. When you begin the game you’re assigned three agents already, but as you progress in the story, you unlock more agents and can choose which ones you want to have when on board the Ark.

The Ark is basically your intelligence base station that’s hidden somewhere in the clouds. This is essentially a huge, interactive main menu that lives and breathes, allowing you to customise your team, vehicles, and more. When ready you select your agents, their skins, and away you go to the long-winded cut-scene of jumping out of the Ark.

When you land you can either head to the mission starting point, or explore the city freely, but there’s really no enjoyment in the free-roam despite it being a bragging feature. The reason for this is because it’s far too scripted, pedestrians all seem to cower in the same fashion when you start being violent, there’s hardly anything to do except collect a few collectibles that help you upgrade your agents, and the cars are possibly the worst feature. Not only do you not get to enjoy a lengthly drive because the missions all seem to be rather close together, but they feel horrible to drive in general. They stick to the road far too tightly, and if you press the drift button, rather than drifting with a gradual speed decrease, your car holds the speed you’re at and whatever direction you chose, causing an unnatural, weird feeling drift. Also, if you’re controlling a car, be it the agents special car, or a hijacked pedestrian car, they can withstand a great deal of damage. The second an NPC controlled car crashes pathetically into the wall, it explodes. A plus though, the boost actually boosts. 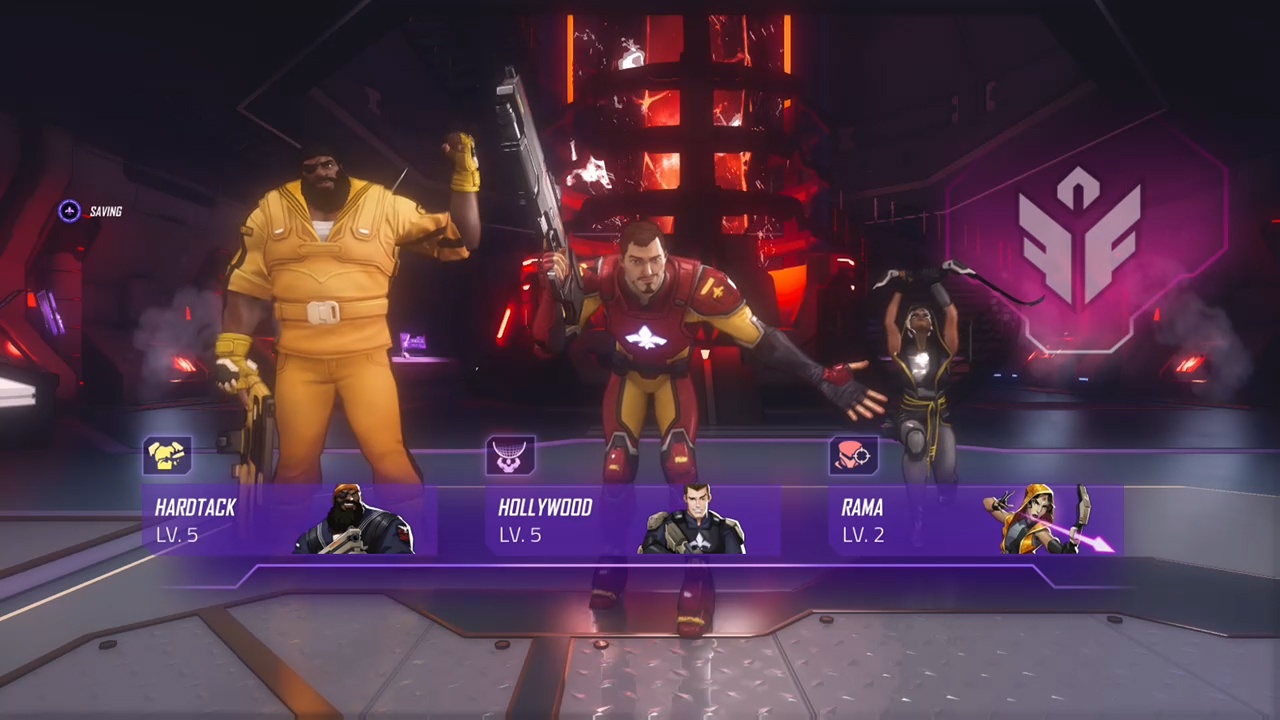 Agents of Mayhem does play well though when introduced to combat, with buttons being mapped nicely and a mayhem mode that gives a selected agent a powerful buff which is personalised to the agent. The third-person aiming is beautifully done, and feels smooth and responsive, with a slight auto-lock taking place each time you press the aim button. Jumping is designed to be over-the-top, so it’s normal to end up jumping, or double jumping thirty foot in the air, and the sheer carnage that comes from the agents weapons is incredible. Explosive, bullet-hell, which either packs a punch onto enemy forces, or sends surrounding machinery exploding into a spark fest of insanity. Another thing to mention is that enemies come in waves, even during free-roam, if you cause enough damage forces come forth to stop you, with the waves getting stronger and stronger. There’s also boss battles which rely on the classic boss combat of following a sequence to weaken then destroy them. So really, the combat is fantastic.

The world has a day/night cycle, in which during the day, the world is bright, shiny, and bloomy, looking like a futuristic city of cleanliness, but during night it becomes a more dark, neon light fest, with purple hues all over the place. In general, the art style is ever so slightly comical, or cell shaded which really solidifies your feeling of being in a cartoon world, but it’s not overly comical and still gives you a feeling of somewhat realism, it’s just a shame the world feels so lifeless and forgetful when it could have been so much more. But then the game does seem to pride itself on it’s very strong linear storyline. 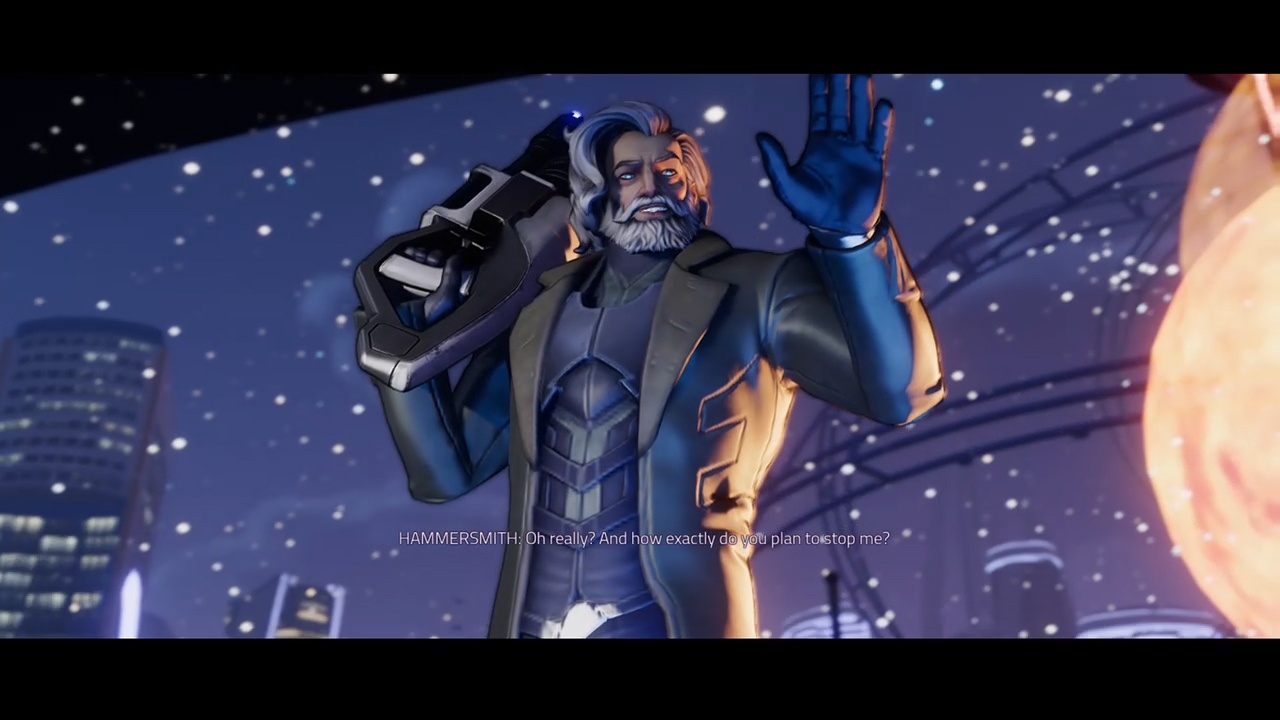 Which reminds me, it’s all single-player too, with some Online systems in place, such as taking on side missions, but nothing for you to play with other players, which feels a bit weird as it feels like the perfect world for running alongside your friends as you progress in the story together. I imagined a, Farcry drop-in, drop-out feature in place, but nope. Single-player all the way.

The sounds are incredibly theatrical, explosive, and over-the-top which really fits the games style, and the voice acting is beautiful, although the amount of swear words -as already stated- feels too much. At least the dialogue doesn’t end up becoming overpowered by the screaming and the explosions though, and the music fits with the sarky, cheeky, action packed theme of the game. It’s worth whacking surround sound up for this and taste the sounds.

I haven’t managed to complete Agents of Mayhem, or even get that far into the story in honesty, but while I think that it’s a good title for a bit of fun, it’s not really my type of game, it feels like something I would need to really engage myself in to enjoy it, but then saying that, the amount of boredom that comes from the world around you keeps putting me off, and the missions just feel too repetitive despite being different scenarios. It’s a game I do recommend, though, and it seems to be loaded with additional content and unlockable skills, and skins, but don’t expect to be massively blown away by it.