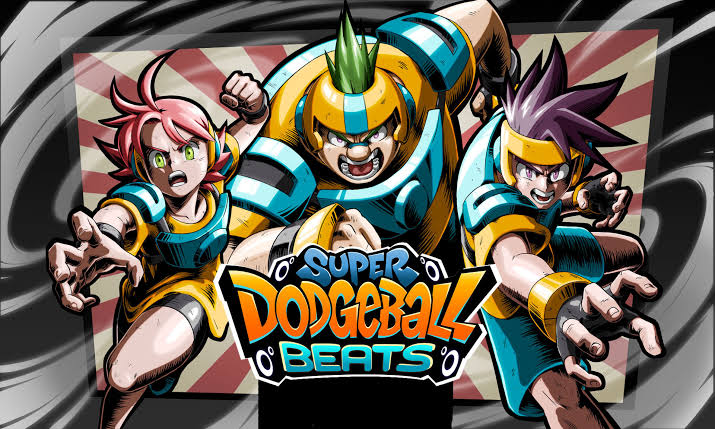 The first thing I thought of when I saw the main menu of this game, Dragon Ball Z. It has an anime feel that will appeal to fans of that genre. Super Dodgeball Beats was developed by FinalBoss Games and Published by PlayStack. Super Dodgeball Beats was released on September 12, 2019, and is available on PC, Xbox One, PlayStation 4, and Nintendo Switch. This review is for the PC version of the game. 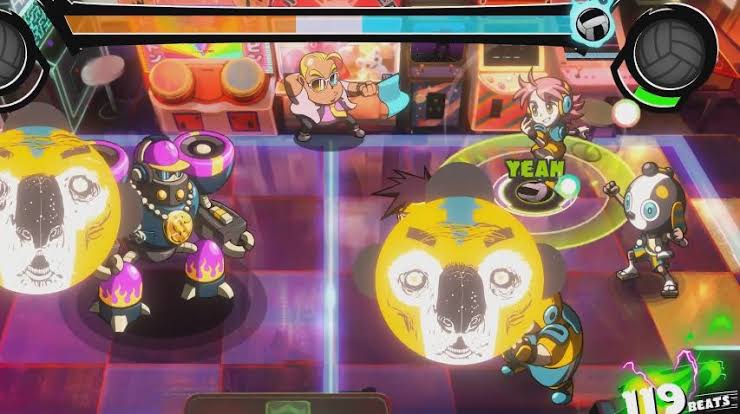 Super Dodgeball Beats is a really interesting game, as I have never played dodgeball in a video game before this. The basic premise of the game is that you are students who have formed a dodge ball team. There really isn’t a story here. The game has 2 main game modes, Championship and multiplayer. In the championship mode, you will be able to select from 3 leagues to play in. Unfortunately, the Rookie League is the only league unlocked at the beginning. You will be a squad of four and your main goal is to advance up to the top league and win it all, cementing your place as dodgeball legends.

In the multiplayer mode, you play against your friends by choosing between 4 different teams, once you have unlocked them by playing the championship mode. There are 8 levels to play and smash your friends. Super Dodgeball Beats, is a button masher plain and simple. You will spend your time concentrating and remembering each button because it corresponds to one of your players. Mistakes will be costly for you and your squad. I spent most of my time ignoring the music as I was more focused on the button mashing.

It does take away from the vibrant atmosphere. The game does lack a bit of depth as these game mode only go so far and gets stale after a while. I will be hoping for more content in the future and better-polished gameplay. Playing with the controller is horrible, I found that using the keyboard made for a much better experience. At its core, Super Dodgeball Beats is fun but it does have its rough edges. 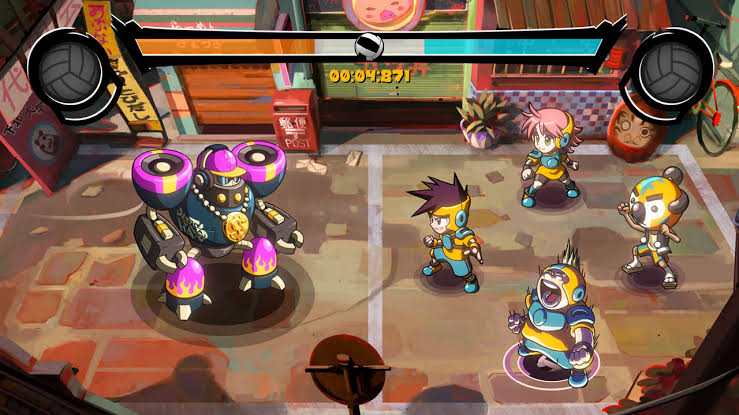 Super Dodgeball Beats looks really good and is super colourful. I loved the way the characters looked and it had that anime vibe to it. The hand-drawn levels looked wonderful. The game can run on any PC with a decent graphics card, I ran it on an 860m GTX and it ran smoothly. Graphically the game is really good, if you love anime, you will love the look and feel of this game.

If there is one single part of the game that I loved, it had to be the killer soundtrack! The “beats” were amazing, it’s just too bad that there wasn’t that many of them. I believe a total of 18 tracks in total are in the game. The character’s voices and sounds were well done. I enjoyed the quirkiness of the characters and how they sounded. 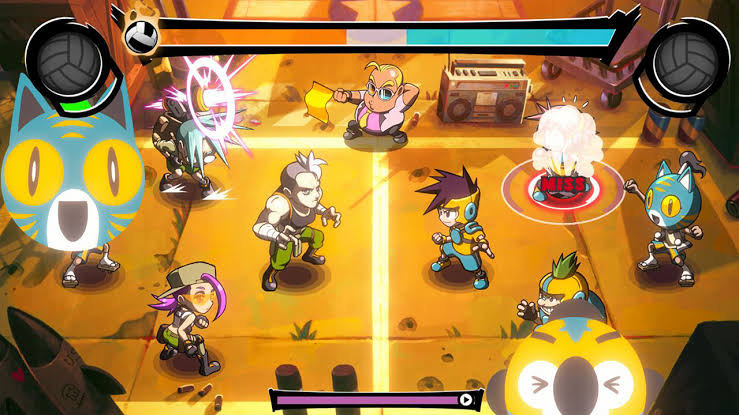 Unfortunately, there is only so much you can do in Super Dodgeball Beats. Unless they incorporate more modes, more levels in the championships mode, there isn’t much to come back to I am afraid. I loved the game at the beginning but it just grinds on and gets boring. It’s not a game I can see myself playing again anytime soon.

Super Dodgeball Beats is a simplistic game and a button masher. It lacks depth and gets stale after a while. It’s fun at first don’t get me wrong, but it severely lacks content, other then what it comes with. I would like to see DLC that builds on what makes the game good, its music. While Super Dodgeball Beats isn’t bad, it’s not good either. It is begging out for more content and FinalBoss Games might well need to go back to drawing on this one. I give Super Dodgeball Beats a ThumbCulture Bronze Award.