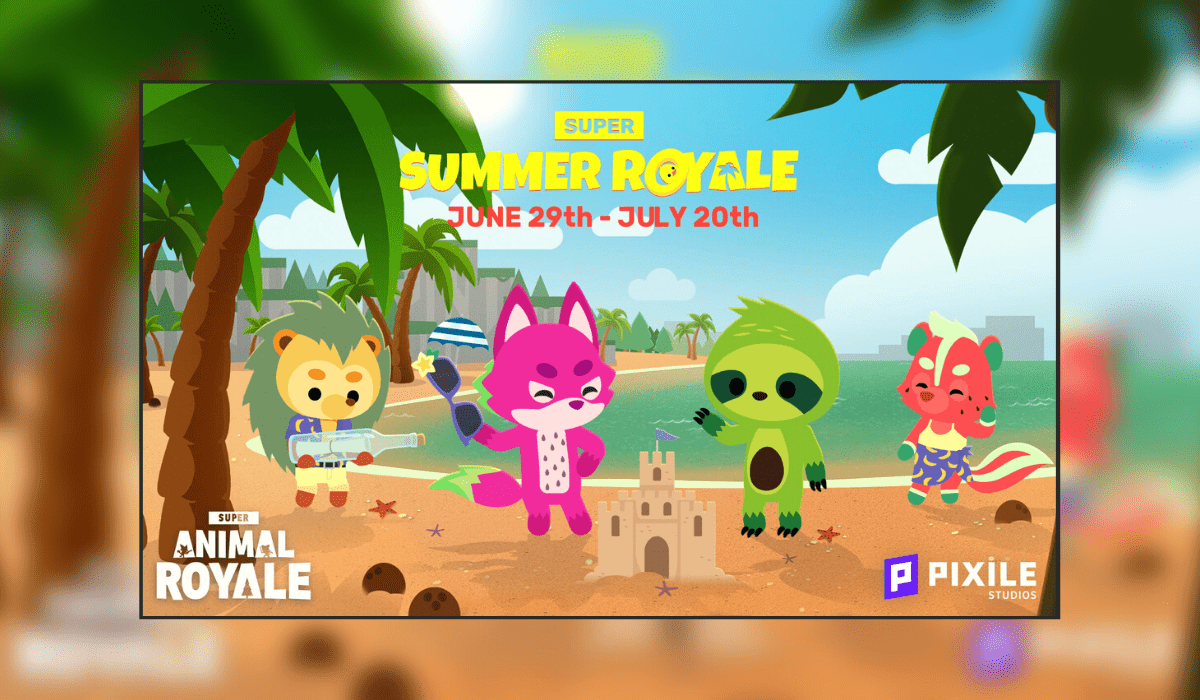 Let’s go to the beach, beach

Modus Games and Pixile Studios has announced Super Animal Royale is headed to the beach! The Summer Royale event has begun. With loads of new content for fans to enjoy. Available right now on Xbox game pass and Steam early access.

The Super Animal Royale Summer Royale event will be live until July 20th. Plenty of time to work towards collecting all the new rewards, 8 brand new items, and 17 returning items. The player will need to collect fruit baskets to obtain these.

There are also 2 new animals for the player to collect. The “Super Dragonfruit wolf” and the “Super Avocado Sloth” can both be obtained by using DNA in the research lab. Just try to not get killed while obtaining these, as there will be 64 players at a time going for them also. Also…Beach balls to kick! What more could you want.

Below is what Pixile Studios have to say about their cuddly murder fest:

Super Animal Royale is a battle royale with a zoological twist. Play as your favorite cuddly, genetically modified animal picked from 300+ breeds, find your style with 600+ cosmetic items, and jump off the back of a Giant Eagle and into a 64-player fight to the death! You’ll fire shotguns and sparrows, toss grenades and bananas, ride emus and hamster balls all the way to the top of the food chain. The explosive top-down action pairs perfectly with an expressive flat-design style, and the innovative fog-of-war-system enables a game that’s as deep and strategic as it is fun and accessible.

Available now on Xbox game preview and Steam early access, with Playstation 4/5, Google Stadia, and Nintendo Switch coming later this year. there’s no reason not to play! As a perk for Game Pass owners, the founder’s edition will be available at no extra cost. Neat!

What are your thoughts on the new Summer Event and Super Animal Royale in general? Be sure to let us know down in the comments.