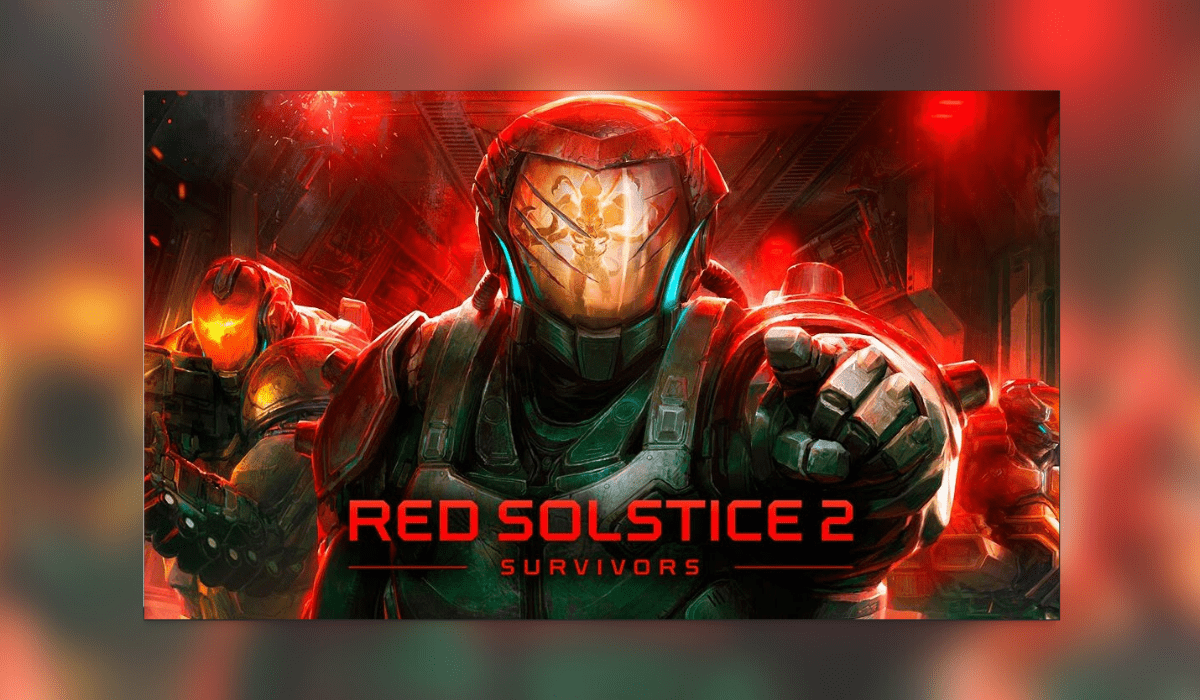 Fresh from the loins of devs Ironward Games and published by 505 Games, Red Solstice 2: Survivors is one heck of a futuristic blood bath!  Falling into the real-time top-down tactical genre there is a real feel for this sequel of a mash between Diablo and Xcom 2. The number of times I died I really want to add Cannon Fodder to that list.

I couldn’t wait to see how this game played having heard a few good things from fellow writers.  Time to blast some zombie mutant aliens!  If you like what you see, remember to give us a like, share and follow so that you don’t miss out on all things TC!

The year is 117 AE (After Earth).  With a virus threatening to end mankind (sounding familiar?) it is down to you and your squad to fight mutants to find a cure.  Your actions decide the fate of planet Mars.  Which missions should you accept? what loadout is best? what is actually out there in the darkness?

Red Solstice 2: Survivors is playable both in single-player and co-op with up to 7 other people allowing you to be as social or anti-social as you want to be.  Similar to other games with AI squads such as Ghost Recon, I do feel that playing with human players a lot more fun than the AI.

Plunging straight into Red Solstice 2: Survivors, you are taken through a basic tutorial of how to move your soldier, known as an Executor, around.  Here you learn how to interact and of course, shoot things!  I noticed pretty early that the key bind list in the menu is extensive. Thankfully early on you will only use a handful of commands on the keyboard.  There is no doubt about it, the game is pretty complex.

Although there is a mini-map, the areas that you explore only become visible as you get near them. It is so easy to miss a locker to search or even an approaching alien should your flashlight not be lighting that particular direction.

Your soldier has a primary and secondary weapon as well as grenades. There are other accessories to fend off the waves of the enemy. There are objects in the environment that can be blown up to engulf aliens, and yourself, in burning fire. Doors to buildings can be breached to gain entry as well as sealed to buy you some time. In real-time, it is really enjoyable as there is destruction going on in every direction!

Once the tutorial is over and the story has progressed you find yourself at a tactical map very similar to XCOM. Here you are met with a planet split into various sectors that are steadily unlocked as you complete your missions. The movement to each mission or place of interest is conducted by setting the destination on your dropship. Some missions are only available for several days. Of course, travel costs you time it is up to you to select when and where you go. For every successful mission that you complete you temporarily slow down the STROL virus infestation in that area. Should the infestation take over the planet then it is game over.

While you are taking on the alien hordes, another element to Red Solstice 2: Survivors is research and development. Keep an eye on your resources and the number of specialists that you have. This allows you to learn new weaponry, skills as well as engineer and upgrade. Again all of this is very familiar if you have ever played the XCOM series.

There are several layers to Red Solstice 2: Survivors before you even commit to the actual missions themselves! From skill trees that affect both yourself as well as the whole squad to individual load-outs that are a whole entity alone!

When it comes to the tutorial it is pretty basic in comparison to what you will eventually need to understand. Although a brief overview is read out whenever you navigate to a previously unexplored page, the actual help guide is buried quite oddly under the “Archives”. This did take a bit of finding as it was not obvious at first.

The type of missions that you come across are fairly diverse with main story missions that can not be failed as well as secondary ones that are optional but rewarding all the same. From extracting VIPs, investigating sites and defeating the hordes there are a lot of variations, each set in different environments.

Blood, guts and gore feature HellDivers style so expect your map to be littered with dead bodies, let’s just hope that they are not yours!

I played Red Solstice 2: Survivors on my pc running an Nvidia 1660 Super and it looked and played very well with the quality at Epic. The visuals of this game are really good and the lighting when out exploring on a mission is spot on. For example, as you spin your soldier around to light up the room. Any obstacles such as lockers or other scenery will naturally block out the light and stop it from casting onwards. The level of detail across the board is brilliant with every character and gun having a high-level finish on them. The overall atmosphere of this manic desecrated world that is under siege is portrayed stunningly.

While the orchestral score to Red Solstice 2: Survivors by famous composer Piotr Musial (Frostpunk, The Witcher 3: Wild Hunt) is totally awesome, I did have a slight issue with the voice actors in the game.  Here you are in the heat of battle, hordes of alien mutants attacking from all sides. You discover soldiers who are pinned down and approach the chaos.

The music and graphics are setting the mood of the fight… and then the NPC talks. The cleanest spoken non-urgent dialogue. Completely losing the threat and danger of the situation as if being readout on a stage to an easy-going audience. For me, it really detracted from the gameplay. Similarly, I struggled to take the onboard computer EMMA seriously as at times she sounded a bit like Trish Takanawa, the news reporter from Family Guy. I kept on waiting for her interjections to begin with “I am standing here”. Other than the calm dialogues the rest of the sound effects were a pleasant cacophony of gunfire, explosions and dead aliens.

With both a long campaign and a skirmish mode, and with the play that can also be co-operative online, Red Solstice 2: Survivors has immense longevity to it. There are so many side missions that crop up while within each sector during the campaign. Although they are mainly optional you need every resource you can get your hands onto if you want to do well and keep the STROL virus at bay.

This game is very complex. It does take a while to comprehend every layer of it to get maximum enjoyment from it. Even if it does become a bit of a self-journey due to the very light tutorial explanations.

In summary, Red Solstice 2: Survivors is basically a real-time version of XCOM. If you enjoy these types of games and the amount of time you will need to spend understanding all of the mechanics such as skill points, soldier customisations, classes, research, engineering, upgrades, etc., this is definitely one to pick up. I love XCOM so I found this game not too tricky to get my head around, although there could be a little more help in certain areas to help gamers understand what they are doing.

Red Solstice 2: Survivors picks up the Thumb Culture Gold Award from me!