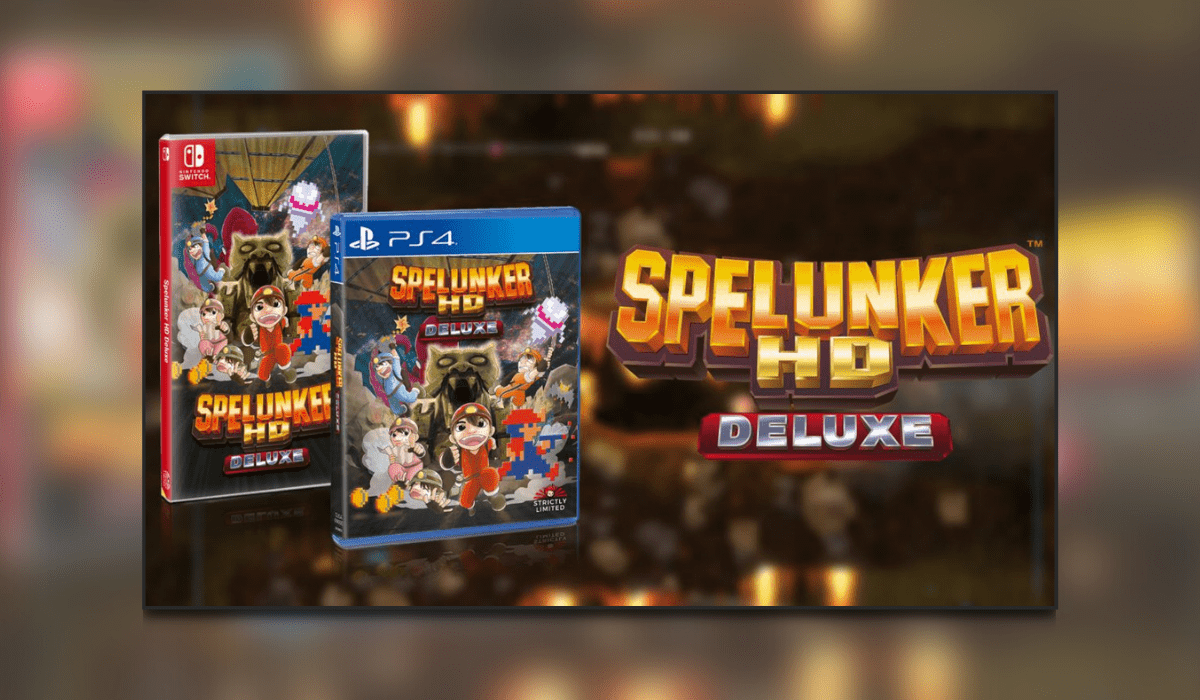 The Spelunker games are nearly as old as me, originally released in 1983. The game at its heart hasn’t changed a massive amount as you walk, run and jump your way through cave systems.  Spelunker HD Deluxe is an update to Spelunker HD that was released on the Playstation 3. Published by ININ Games who actually focus on feel-good, and retro arcade games.

Spelunker HD Deluxe – Stuck Between a Rock and a Hard Place

If you like this review check out my previous review here where I played The Persistence Enhanced on the PlayStation 5. Let me know in the comments what you think of this review.

In the role of an adventurer, your goal is to get as deep into the cave system as possible. In your way stands snakes, ghosts, and a variety of fiendish traps. Adventure mode is where players will spend the majority of their time, getting to a new area will allow you to start from that location in future playthroughs if you want. The areas are split into different stages which you will need to complete to progress. Should you not complete all the stages in an area you will start at the beginning of the area.

What made the original and subsequent releases tricky is the fact that you need to time every jump correctly, you can walk off ropes and lose a life from a fall of about an inch. Ultimately these things make the game also frustrating and take away the enjoyment factor.

I was hoping that being the Deluxe Edition that there would be more modes included. Although it is really just the Adventure, Challenge, Championship, and Endless. The strange thing is there is really not a lot of difference between any of them.

The game is not without its charm, Those fond of the original will be drawn to this. Sadly though, Spelunker HD Deluxe is unlikely to bring in the next generation of gamers as not enough new content has been introduced. If you take Nintendo’s Mario games we saw Mario Bros launch the same year (1983). Nintendo has successfully adapted the series to each new generation. This means gamers are more likely in my opinion to play the now Retro versions.  On the other hand, the developers have stuck to their guns, yet it is unlikely to increase sales.

With a retro feel to it, the graphics and the audio are perfectly balanced. This is one of the areas that the game really does well. Nevertheless, there are some enhancements to the graphics since the previous release. In a strange way, however, these actually for me made the game harder. I felt like with this turned on it was noticeably harder to differentiate between the traps and the environment.

In general, I’m not one to play a wide range of Retro titles that is to say it is rare I get the opportunity.

Spelunker is going to be one of those games that you either sink your teeth into and enjoy or completely hate. The game’s Championship and Challenge modes with the advantages of trophy support on the Playstation. If you want the all-important Platinum Trophy, you are likely to stick up around 20 hours into the game.

There will be those speedrunners who will be able to get this a lot faster. However with the game’s frustratingly sensitive ropes, and ladders most gamers will be looking at 20 hours in the Spelunking World.

ININ Games have done exactly what they do as a publisher in producing a feel-good Retro title. All things considered, Spelunker HD Deluxe is also likely to divide critics. At the present time, I am unlikely to return to the game. For that reason consequently, I award Spelunker HD Deluxe the Thumb Culture Bronze Award.