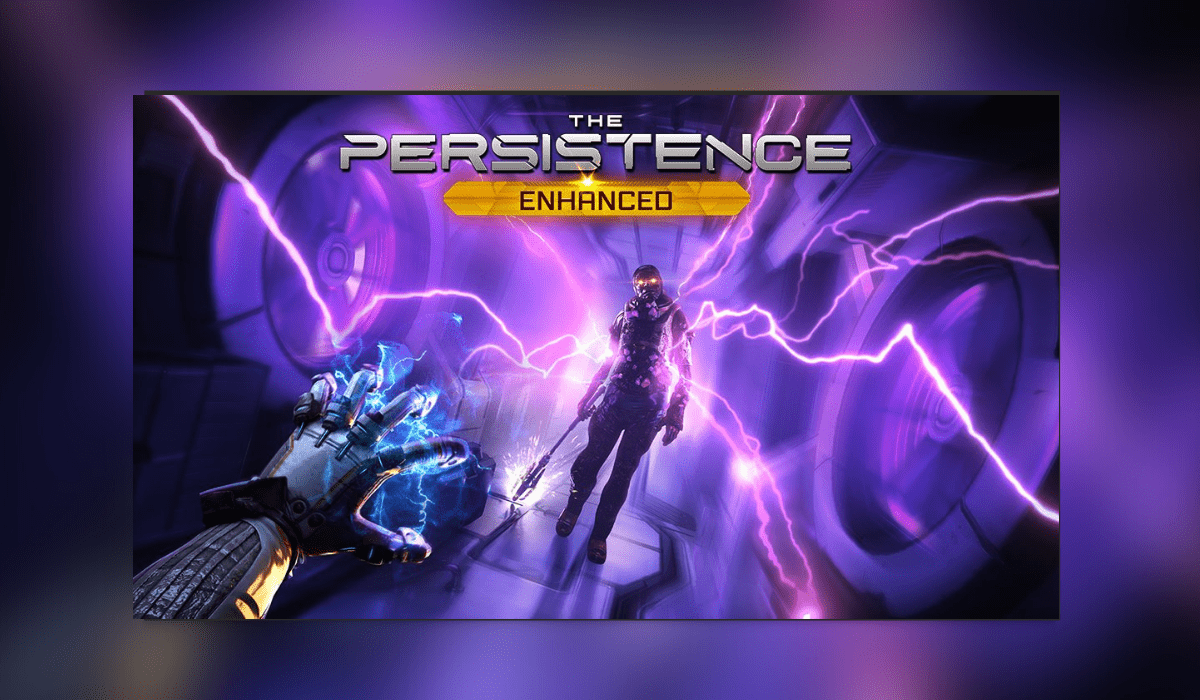 The Persistence Enhanced a stealthy first-person shooter where you need to harvest the stem cells from your opponent’s spine. Yes! you read that right, stem cells are the main requirement for progression within the game.

Have you got the spine to survive this nightmare?

Thank the team at Firesprite for sending the code for Persistence for an honest review of their title. I jumped at the chance to be thrown into space aboard a stranded ship with no engine, all while currently orbiting a black hole!!

Playing the role of Security officer Zimri Elder, things are already stacked against you. In addition to this, you are dead along with the rest of The Persistence crew.

In a setting that reminded me of the 1997 film ‘Event Horizon‘ the ship’s cloning machines have gone into overdrive. This has resulted in all kinds of mutations and nastiness. To get through this, you will need to harvest the spinal fluid of enemies using the stem cells. The Persistence Enhanced has set aside the VR requirements however, to its credit it has maintained the feel when you move around the environment and interact with objects.

In a style recently seen in Returnal, in the event of your death, you are bought back to life as a clone. Hopefully, you will have managed to violently extract spinal fluid from your enemies to increase your stem cell count, or at least found some on your journey. Using these to upgrade your character and give you an edge over the monsters that stand between you and your goal.

Divided into decks your first goal is to restore the power to the ship. There are 3 main types of things to keep an eye out for, Stem Cells, Credits and Upgrade Tokens. Credits are used to purchase items and Upgrade tokens are there quite unsurprisingly to upgrade the weapons and items.

In brief, what I wasn’t prepared for was the noise around the ship. The bangs of doors, the explosions and the footsteps of your enemies in surrounding areas. The atmosphere that the game gives you adds to the fear factor. When using your sense ability around every corner until it needs to recharge. It will be at that reload moment that you inevitably run into some big nasty that wants to kill you.

You can see where the VR aspects of the game came into their own, however, it doesn’t look out of place without it. The enhanced graphics, with the Ray tracing and atmospheric particles. The first thing to remember is at heart the game 3 years old. It isn’t going to break grounds especially compared to the treat of recent PS5 releases.  All things considered, being treated to those dark rooms, air ducts and corridors that help make those light metallic shiny surfaced areas all the more welcoming,

With a decent set of headphones, you will experience the fully immersive audio of the game with its steam pipes, fallen electric cables and the moans of the mutated crew.

It is difficult to put a time scale on The Persistence Enhanced, with its changing corridors. Some runs will inevitably be completely pointless. I would put a timescale of about 12 hours to complete the main story and up to about 18 hours if you want to go through and collect everything that the game has to offer.

The concerns that the game can be repetitive are hard to ignore. Being faced with the tougher sections of the game means repeating a few times. What I will say in the defence of the game,  you still have the ability to make progression and level up your equipment.

The Persistence Enhanced is a good title, it does have a lot going for it. Although I feel that any conversation will inevitably include Returnal but they are very different titles that happen to use the same one game mechanic.

It is fun to play, and I will openly admit to jumping on more than one occasion which for me instantly gives that connection with the story and is something that I would like to see more of in games. A set of challenges are available in a separate mode which gives you a bit more to aim for.

At a good price on the Playstation Store ($24.99/£24.99), I would recommend the game. It does give a good feeling of satisfaction as you move higher through the decks.

I award The Persistence Enhanced the Thumb Culture Silver Award