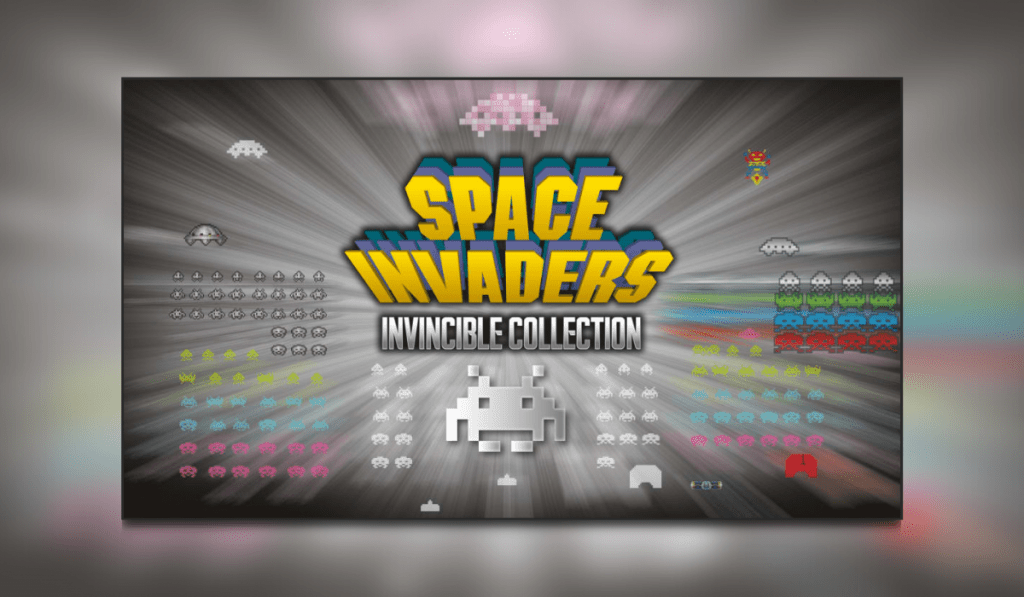 Space Invaders Invincible Collection – The Game That Started It All

As someone who plays more retro games than recent ones. This was an opportunity that I just wasn’t going to miss. Reliving the days of my youth by blasting away at aliens just felt magical. Putting a huge collection together of Taito’s masterpieces is one wild ride so strap in.

The irresistible force that is Taito is back and this time the original Space Invaders is bringing some friends. You don’t just get the original 1978 version. You don’t even get just the sequel. In the Invincible Collection, you get ten Space Invaders games for hours of pure nostalgic fun. I mean what can be said about the gameplay of Space Invaders? This is the game that started it all. Many of us wouldn’t be gamers if it wasn’t for this video game. The premise is simple. You are a little spaceship at the bottom of the screen with aliens at the top and you’re tasked with shooting said aliens to pieces. It truly is the bare basics of gameplay and graphics but a prime example of something so simple yet addictive.

Each game sucks you in with the appeal of being just a simple shooter. There is the original 1978 black and white version and also the color version of the game. Space Invaders II came out a year later in 1979. So many more to get your hands on with each having its own appeal. Super Space Invaders 91 is one that pulled on the heartstrings for me. I remember playing this as a kid and would play for hours on end. In the Invincible Collection, each game also has leaderboards so you can compete for your score against others online.

Jumping from the late ’70s to the ’90s, the fourth title available brings true 16-bit grit to the series. Majestic Twelve: Space Invaders Part IV not only gives the series a welcome graphic overhaul but all sorts of gameplay upgrades as well. Weapon power-ups, different invaders with distinct attack patterns, level-specific backgrounds, branching paths, scrolling stages, and even boss fights make this the most compelling of the classic titles available in the collection. It is also the first title that allows for two-player co-op play, improving the odds of success for Earth’s side of the conflict.

Probably the biggest and best game on the list is Space Invaders Extreme. This game alone is worth buying. What an absolute masterpiece this is. So simple, so addictive, and so bloody hard on the hardest setting. The original core gameplay is enhanced with an interactive electronic soundtrack that mimics on-screen proceedings, presenting the player with ample opportunities to get that vital “fever mode” bonus as well as battle tricky end-of-level bosses that will push your shooting skills to the absolute limit.

The graphics and audio for Space Invaders really need no introduction. From the early versions of very few pixels on a screen. To the more advanced graphics of the later years. They are just perfect and the entire collection is made perfectly for the Nintendo Switch. The sounds are straight from the past. With the usual Atari sound effects of being louder than they need to be. Each game does have its own different sound effects and music. Especially in the later games, but the one that stands out is Space Invaders Extreme. The music and sounds in this game are out of this world. Every bullet your spaceship fires goes in perfect sync when it hits an enemy. It can basically be a rhythm game because every note just lines up perfectly with what you do on a level. This soundtrack is brilliant and an absolute must for anyone.

It’s not just a Space Invaders game it’s a Space Invaders Invincible Collection so if the original doesn’t keep you entertained for hours then another load of them certainly will. There are days and maybe months of gameplay to be had here. There never really is an endgame when it comes to these types of games. It’s just seeing if you can beat your high score or not. The leaderboards also play a part in the competitive side. So there just isn’t your own score to beat. There are other players as well. Trust me when I say that this is a game you find hard to put down.

The only thing I can say is that this game is brilliant. This is how you do a collection of games for a handheld and the Nintendo Switch is perfect for it. Play it in the car, on a plane, waiting for the kettle to boil, or even while on the toilet. This game is brilliant and will keep you entertained for hours. Not just for gamers who love retro games but for new players as well. I am proud to give Space Invaders Invincible Collection the Thumb Culture Gold Award.