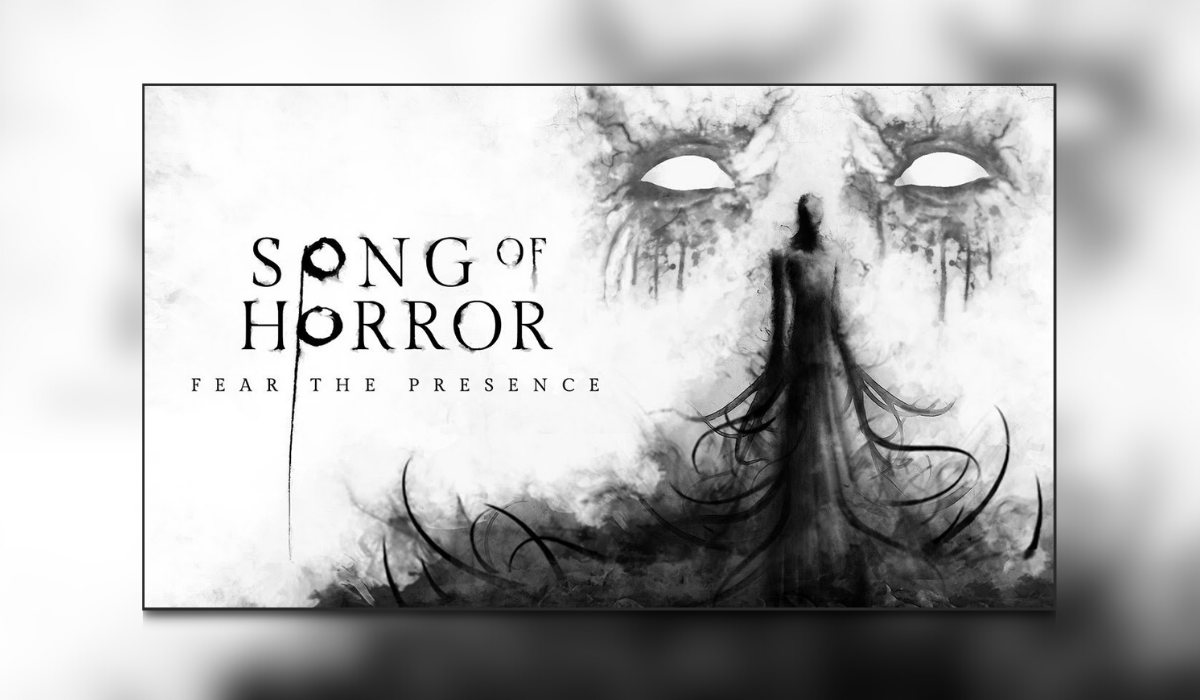 The horror genre is a bit of a strange subject for me. I love horror in all media; movies (especially foreign), games, books, and so on. But, it’s rare that something comes along that gets under my skin. I desperately want to feel fear as I play, yet few games have been able to satisfy my morbid hunger and my gluttony for gore. This is thanks in part to my wholely responsible father exposing me to movies like Aliens, Poltergeist, and Children of the Corn at the age of six.

I can recall only one game that made me turn it off after every checkpoint because of the sheer anxiety it bestowed upon me. That game was Outlast. A game that can be done in one sitting, took me about 3 years to finish. But, I DID finish it. I still haven’t played the DLC or the sequel…but I did finish the first game.

So when I was given the opportunity to play Song of Horror, I jumped at the chance based on the title alone. I don’t think I even looked at the trailer. The name suggested a more paranormal experience, rather than a gorefest, and I liked that. Paranormal, trepidation, and a sense of dread are what I needed to acquiesce to my ardour.

Song of Horror is the debut game from Spanish studio Protocol Games and is published by Raiser Games. It started out as a Kickstarter project in 2015 but it wasn’t successful. The developers were so passionate about the project and despite not meeting their Kickstarter goal, they went ahead and made it anyway, and I am glad they did. Initially, the first three episodes were released on PC in 2019 before concluding with the final two episodes in 2020. On May 27th, 2021, the Complete Edition made its way to Xbox One and PlayStation 4. I played this on the latter so without further ado, let’s see how many pairs of pants I went through playing Song of Horror.

If you enjoyed this review, feel free to check out my other reviews and articles here.

Song of Horror is a third-person survival horror game that doesn’t hide its influences, nor is it survival horror in the traditional sense. It is played from a fixed-camera perspective a la Resident Evil and Silent Hill, and you have no weapons to fend off the entity known only as ‘The Presence’. In the beginning, you play as alcoholic publisher Daniel Noyer. You get a call from the editor explaining that one of their top authors, Sebastian Husher has gone missing and you are asked to just pop by his house. Little do you know that you will not return upon entering for a while at least. With a story ininfluenced by literary greats such as Edgar Allen Poe, H.P. Lovecraft and M.R. James, what could go wrong?

The game is separated into five chapters and at the start of each chapter, you have a choice of characters to play as. Each of these has stats in stealth, speed, strength, and serenity. I didn’t see a lot of difference in any of them, to be honest. Each character has their own lucky item and light source. Some light sources are better than others, for example, a torch has a further reach but a lesser field of view.

Throughout the game, you will be taken to locations that are typical of the horror genre; an empty mansion, an antique store, an abandoned mental asylum, that kind of thing. Through exploration and puzzle-solving you will delve into the mystery of this ominous music box. You may feel alone, but trust me, you are not!

One of my favourite things about Song of Horror is ‘The Presence’. It is absolutely terrifying and so anxiety-inducing as you feel your virtual heartbeat through the controller. As well as random procedurally generated events going on around the environment to spook you, the behaviour of ‘The Presence’ is also procedurally generated. There are no cheap scares in this. None of them are scripted and you will genuinely soil yourself.

These often relentless encounters can also be based on your character’s behaviour causing a genuine sense of dread. Although you can run, I would use it sparingly. At one point I was running down the hallway and out of nowhere there was an almighty bang from the door and the walls just started oozing black stuff, babies crying, high pitch strings playing, that kind of thing. Since you have no weapons, this is your cue to find somewhere to hide. If you are successful in hiding, then I hope you stocked up on new pants, because it isn’t over. Depending on where you are, you are then subjected to a mini-game to steady your heartbeat or to keep quiet. No easy task when you are surrounded by horrifying manifestations.

If you’re in an enclosed space and nowhere to hide, you have no other choice but to try and keep ‘The Presence’ out. And so ensues another mini-game where you are trying to keep the door shut. This is no easy task because once your character dies, they’re not coming back. Yes, it’s PERMADEATH. This is a fantastic mechanic as it forces you to play carefully, adding to your apprehension. If you do die, which you will, you get to select another character. You will go and find the belongings of your previous character and continue the game. If you’re lucky (or not), your previous character will show up as a ghost, weeping in the corner, offering you a gift.

Always, ALWAYS, put your ear up against the door and listen. You just don’t know what’s on the other side.

Each chapter is varied in its approach to story, environment, and gameplay. With this kind of setup and tense atmosphere you are unsurprisingly left on the edge of your seat for fear of what you will find in the next room, or around the corner. However, the puzzles at times do seem complex and seem to take place not in one room, but across the whole level. This isn’t necessarily a bad thing, it just means you really have to pay attention and think outside the box sometimes.

If you are looking for a bright and cheerful colour palette, you’re in the wrong place. This game is dark, save for the little light in the environment and your personal light source. The graphics aren’t an attempt to make it as real as possible, but they are perfect for the game. What was great was how the light bounced around and cast your shadow. In a game like this, it is imperative that this is used to great effect, and it was spot on.

A huge chunk of the tension in the game is from the atmosphere generated by the audio. Whether it be the song of a creepy music box, the sound of ghostly children crying, a creak in the floorboards, heavy breathing in an empty silent room, a random event designed to scare you, it is so perfectly executed. Song of Horror is a game that for maximum effect, you will want to play in the dark and with a headset on so you can soak in all the subtle audio nuances and let it eek into your subconscious and keep you awake at night. The voice acting is a bit hit or miss, but it doesn’t really take anything away from the game.

This game took me a lot longer than it should have. This was because I killed all my characters before I finished chapter one and had to start again. Depending on how you get on with the puzzles, you have between 15-20 hours of playtime until you finish the game. That said, there is replayability if you wanted to use different characters. Doing this will give you different dialogue and you will learn different things in each given situation. For the achievement/trophy hunters among us, this is something you will have to do anyway.

Song of Horror takes old horror ideas and makes them feel new in 2021. This is easily the best indie horror game for a long time. Considering this is also the first game from Protocol Games, I am fully invested in what they can do in the future. The permadeath mechanic just ramps up that tension knowing that if you die, there are no second chances. ‘The Presence’ is the star of the show here. It isn’t just in the game, but it becomes a part of your physical being and etches itself onto your mind. How it just looms in the back of your mind, leaving you wondering when it will strike again. The puzzles are complex mostly requiring a lot of thought and perception to solve.

Before you buy it, and I highly recommend you do, make sure you stock on new pairs of pants because you are going to need them. As I said earlier, it is rare that a game gets under my skin. It is something I actively seek yet seldomly find. But, in Song of Horror, I have found the fear I am looking for. It has been a long time since I have turned a game off and gone to bed with it still in my mind. It is for these reasons I award Song of Horror the Thumb Culture Platinum Award.