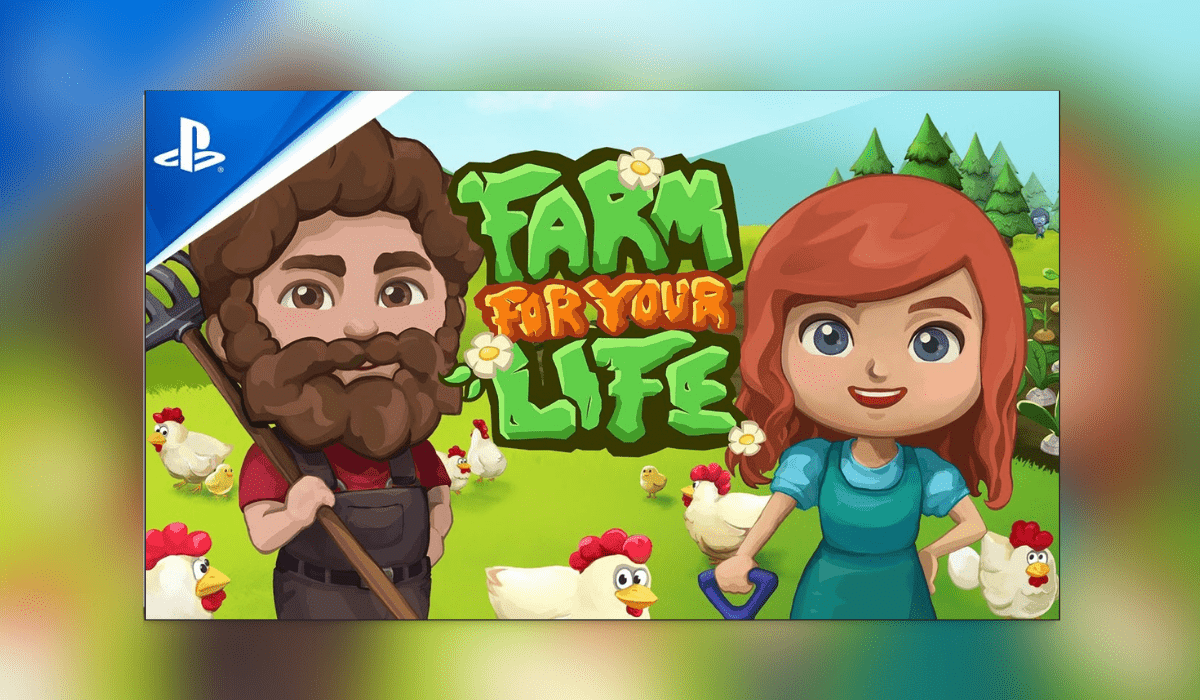 Old McDonald Can Keep This Farm

Let us get this out of the way, I am not a huge fan of farming games. However, I chose to put all of that aside and see how the game juggled different elements. I do however like zombies which is good because this is a farming simulator with a difference. The winds blow in and decimate your village unleashing an apocalypse of the undead and the few survivors that remain.

You are welcomed with a character creation where you can customise your character’s name and look. There is always the randomise button to see what strange concoction the game will throw at you! This area of the game is great, male or female, and a lot of customisable options. These characters are similar to the Mii characters that are on the Nintendo so players will be aware of the design as you can see in the screenshots.

The tutorial gives you an idea of what to expect. Harvesting your first crops, and introduces you to several other characters. The winds then roll in and the “fun” really begins. Starting from scratch you know you need to clear your area, weeding, smashing rocks, and rebuilding your fence to keep out the undead hordes. What lets the tutorial down is some things covered are obvious, harder items are missed.

After clearing the rocks from what looks like a church you turn it into a safe haven for the villagers. Catering for them is your goal which requires you to learn new recipes. Practicing these recipes you are given a 1 to 3-star rating which is based on how quickly you do it. What the game doesn’t tell you is that not only do you press the button for the item that is flying across the screen similar to fruit ninja, but you also have to drag them down to the cooking pot.

The premise of the game is to save your village and keep the zombies at bay.

The graphics are what you can expect from this style of game, there is nothing that would push the PS5. In fairness, it would run just as easily on the base PS4. It is a cute game similar to Farmville or Hay Day style, which are available on Android or iPhone. The art style is very similar to those found on a Nintendo Switch featuring the avatars in-game.

Audio is really lacking, there are bird chirps and noises when you do certain actions. However, instead of opting for a voice prompt, there is a brief text box. What really lets the game down for me, is the lack of voice, with so few characters simple steps could have been implemented. This would have raised the potential of the game above the free-to-play mobile alternatives.

The story mode will last around 4-6 hours, there are however some challenges and an “endless” mode (if you can bear it). There are some trophies out there for the trophy hunters amongst you, and it does look like it will be an easy platinum trophy to add to your list.

Farm For Your Life left me feeling disappointed and frustrated with what could have been a fairly enjoyable game. I am pleased to say the bugs that were evident in the initial release have been resolved in the latest patch. I have to compare the game to the available mobile titles available as there is nothing similar at this time. The advantage that those titles have is that they are free. I don’t think that there was a need for this to be released on console and ultimately that is what makes it even more strange.

Farm For Your Life is awarded the Thumb Culture Bronze award