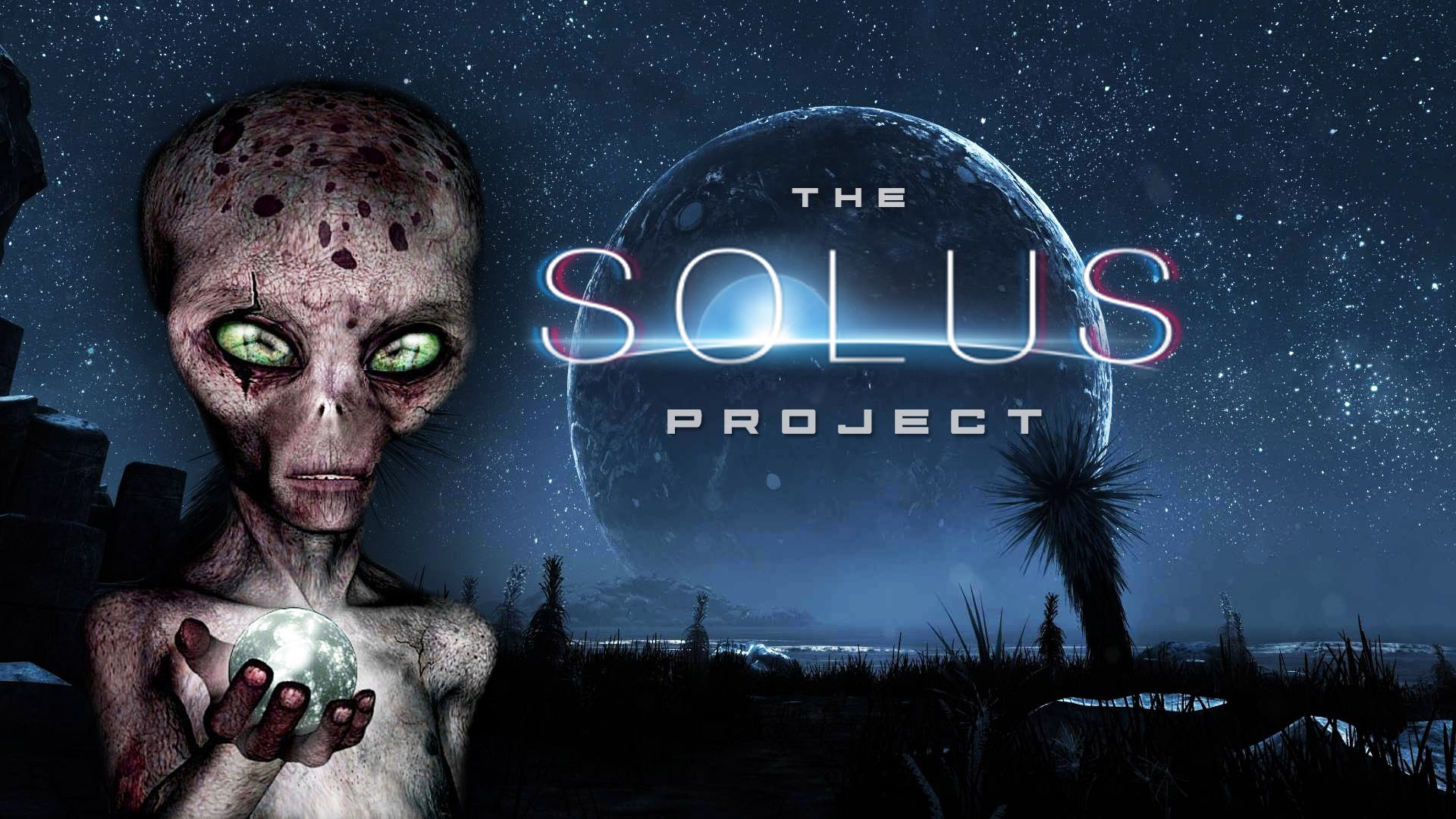 The Solus Project by Teotl Studios and Grip Digital is available now on PlayStation 4 and PSVR. I have to admit I’ve been curious about Solus Project for a little while now. I mean why wouldn’t you be? it’s Sci-Fi themed and is playable on the PSVR also.  Solus Project is an environmental survival simulation with a walking simulator feel to it. You are an astronaut who has crash landed on an alien planet called Gliese-6143-C. It was your mission to save all of mankind. Now survival is the key.

As I already said, this is playable on both PlayStation 4 and PSVR so it’s almost like Solus Project is offering two games for the price of one, depending on how you look at it of course. Now I’m all about saving money so for me this is seen as a bonus.

When you start this game up it starts on regular PlayStation mode even if you are already using the PSVR headset. I was all prepared for playing VR mode first so I had my two PlayStation Move controllers in my hands and no DualShock 4 nearby. Begin the “fumbling about” session since I am feeling to lazy to take the headset off to find my joypad. I eventually admit defeat and remove the headset so I can put the game in VR mode. I really hope they patch this so Solus Project automatically boots into the correct mode depending on how you start up the game.

Anyway that’s my first gripe with Solus Project out the way, so back to the game. Opening scene your watching as space ships fly past you in all there glory. They look solid, the 3d has been done well here, The excitement builds.

Lets get straight into the gameplay. firstly there is no tutorial to help you get used to the button configuration. This is a shame as they are confusing, and I found several times pushing the wrong button or doing random button presses to figure out how to interact with an item.

There are two ways to get around in the Solus Project. first off you can move by holding down the move button on the right controller or the second way is using the left move controller and teleporting from point to point. The latter way obviously takes away some of the emerson from your VR experience but is the fastest way to move around.

You don’t really have to much guidance during your time on Solus Project. I actually liked this about the game. It didn’t feel like you had to hurry to each objective. Just take your time and enjoy day turn to night and vice versa. There are hazards out there. You have to keep warm or hypothermia will set in and then your in trouble. Watch out how much sleep you have. You cant explore Gliese-6143-C if your exhausted can you? There is hunger and dehydration to contend with too. These are all great, I loved it. A storm rolls in and you have to take shelter in a cave to survive. I watched as a tornado came mighty close and I just kept backing up to keep out its way.

There is all sorts here to find and so much to explore. Theres a lot of time to be lost in this game if you can get to grips with the controls.

On the DualShock Solus Project is the same game but with slightly better graphics BUT less atmosphere. Only you can decide whats more important to you. Personally I would go with atmosphere everytime, but some do love graphics more than anything else.

Solus Project is not a bad game graphically regardless of how you choose to play it. As I mentioned earlier it does drop slightly on VR but not to the point of it being ugly. I found some landscapes did look boring whilst on the planets surface but that’s why you explore. Go into a cave holding up your torch so you can see where you are going and upclose the textures look good also in VR but distance does suffer.

The sound on Solus Project is good. It keeps you feeling part of the game from simple drips in cave to the howling winds or torrential rain. Its all good, and again I know I keep mentioning VR but this game is really good if you use a 3D headset or the headphones that came with the PSVR if you don’t have a 3D headset.

There is a lot to see and a lot to explore in Solus Project. Gliese-6143-C is a vast open planet you won’t get round quickly. If this is your style of game then you will play this for quite some time and is worth the money.

I’m struggling to give this one a rating. My only issue with the Solus Project to be fair is the controls on the move controllers. If I could use my DualShock pad I would have been much happier in this case. But you can’t have everything can you? I award Solus Project is a worthy Silver Thumb Culture Award.