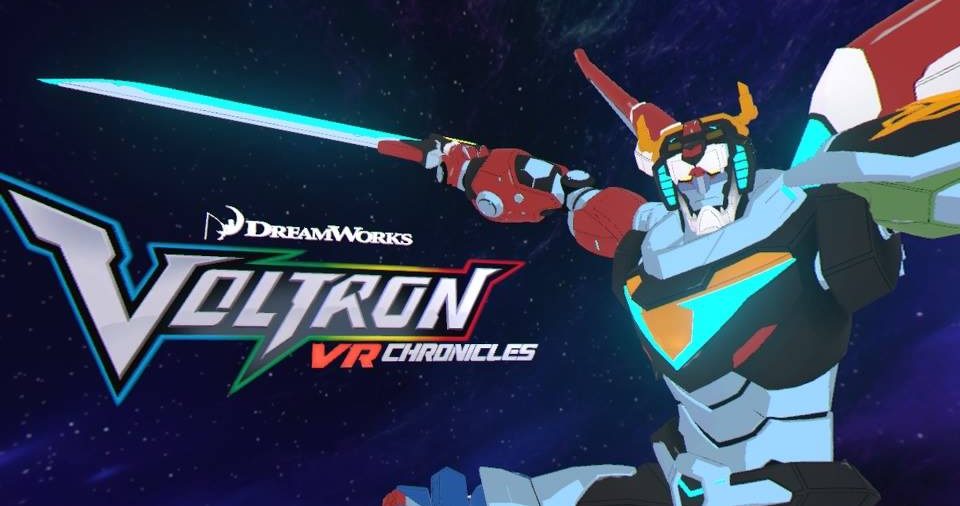 As an 80s kid I have very fond memories of Voltron. It was among many cartoons I used to watch religiously. So when I heard a VR game had been created, I jumped at the chance to check it out. (Yes, I know it’s technically based on the Dreamworks remake that I haven’t seen, but… IT’S VOLTRON!!)

For those of you not familiar with Voltron, the basis of the storyline is that five teenagers are transported from Earth to become the last line of defence for the galaxy in an intergalactic battle against the evil alien force led by Lord Zarkon. Voltron VR Chronicles has been created by Digital Domain and gives us the opportunity to ‘become a Paladin’ and experience a unique story created exclusively for VR. At a price point of $15 (UK Price still TBA), I started this game hoping to be engaged in a story that will take me back to my childhood.

Let’s find out how ‘engaging’ it was…

Given that what we have here is more of an interactive VR Cartoon rather than a full on game, there aren’t tons of gameplay areas to discuss and where it can be it’s going to be difficult without spoiling much of the story. I’ll try to tread carefully and focus mainly on the mechanics.

For about 2/3 of the time spent in this story you’re very much a bystander, watching the other characters embark on this mission. This isn’t a bad thing by any means as it looks fantastic and at no point did I feel like I was sitting waiting for my next interaction. It felt very much as I expected, like watching a cartoon from what would technically be described as ‘the best seat in the house’.

I will recommend that if you play this game, make sure you’re sat somewhere that you have full access to turn 360 degrees. The story does happen all around you and there are no controls to turn.

When you’re called upon to interact, the gameplay is very basic. It’s literally as simple as: ‘Press this button’, ‘Solve this puzzle’. The game is clearly aimed at children so I can’t be overly hard on it for this. However, as a fan of the 80s show I would say that I felt a little out-of-place during this point of the game, none of the puzzles were even remotely challenging.

Something that disappointed me was the lack of movement. The game decides where you stand / sit and what you can do at all times, It would’ve been nice to have been able to move around and explore the world a little (or at least the characters from different angles). But it’s a very minor thing.

This game look fantastic, it’s looks identical to the cartoon, you’re just sat in the middle of it. Perhaps making it look so close to the cartoon is the reason they decided to pin you in one spot as the story unfolds.

The scale of the robots are a little worrying when you first come into contact with Lance and Blue. (possibly because I wasn’t expecting to have a giant Lions head inches away from me).

I didn’t notice any glitches or frame issues. There was the occasional situation where my ‘hands’ didn’t line up with the controls they were using. (This could’ve been my VR setup as the batteries were a little low at the time). 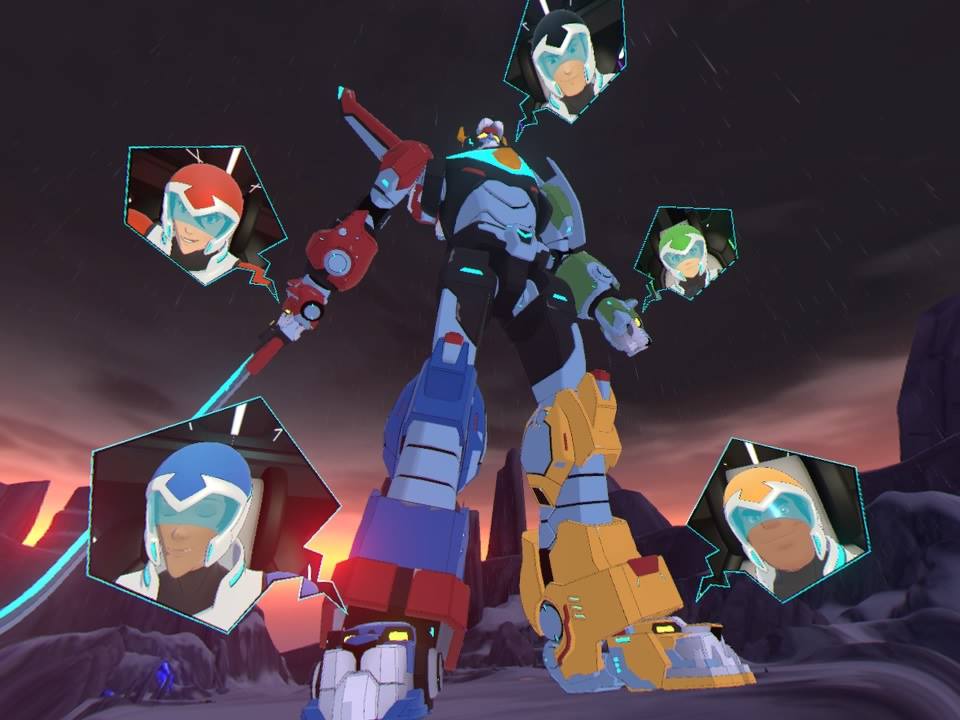 Just like the graphics, the audio is spot on here. They have included all the voice actors from the current TV Show so for fans it will be exactly as it is on TV. Obviously as I haven’t seen the new series I can’t comment too much on who they are. I did manage to pick up on a couple of voices though that were instantly recognisable (Stephen Yeun – Walking Dead & Rhys Darby – Wrecked).

I’d recommend using a decent set of headphones for this as you’re going to be turning around quite a bit to follow the story. I often find buds are not the most stable.

If you’re a fan of the Cartoon then there’s probably some replay value here. It’s a unique story written specifically for VR. However, as a game in general, or for the casual player it’s very much a one and done.

I wish I could say there was at least something challenging in terms of a trophy list. Unfortunately, the platinum can be obtained in one play through without much difficulty. I would say it’s quite possibly the easiest I’ve seen.

I would put Voltron VR Chronicles alongside Batman Arkham VR and Spider-Man Homecoming VR as it’s an experience more than a game. I personally quite enjoyed the story and it’s made me curious to see the remake of the TV Show.

At $15 (UK Price TBA) it’s reasonable value for any fans of the series looking to see a new story. But, that’s the only way I would recommend it (Or if you’re looking to obtain a very easy Platinum). It’s definitely enjoyable and has been put together very nicely for VR it just lacks any real gaming content. Based on this I would have to give Voltron VR Chronicles the Thumb Culture Silver Award