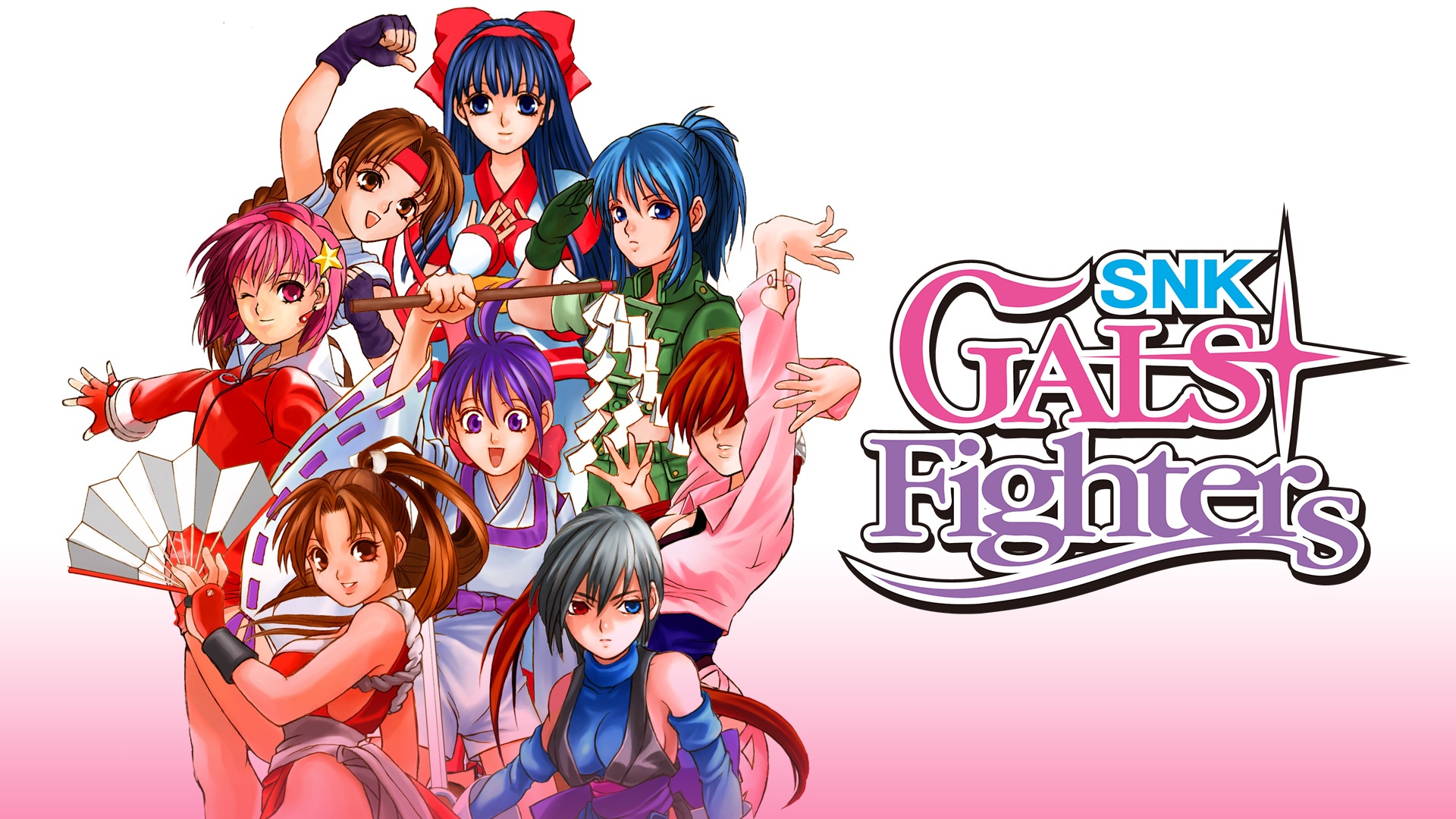 It’s hasn’t always been the easiest road for SNK. Despite creating some legendary titles and systems, they’ve typically found themselves in second place to something else. Fighting games – Street Fighter was top dog, and no matter how good the Neo Geo Pocket was, it just couldn’t match the behemoth of a system that was the Gameboy. Fortunately, in today’s digital age, cult classics and oddball titles stuck to one system have a second (or third, fourth, fifth…) chance to reach an audience they couldn’t before.

SNK Gals’ Fighters is one of these oddball titles, which unless your Mastermind specialist subject is fighting games, the chances are you won’t know anything about. Originally released in 2000, this title brought together the ladies of SNK Fighting games to duke it out in your pocket. Re-released on Nintendo Switch on April 29th, let’s see how this two-button fighter holds up.

SNK Gals’ Fighters is a 1 on 1, 2d fighting game. So far, so SNK. But here’s the thing, it was released on a 16-bit handheld, with 2 buttons. Now, I’m sure instantly alarms bells are ringing. We’ve seen fighting games put onto controllers with too few buttons and the results have been, well, terrible.

But fear not! SNK Gals’ Fighters was designed for the Neo Geo Pocket and make a number of smart decisions to make a fighting game really work on the limited system. You have one button for punches, one for kicks. A quick tap is a light attack, long press is strong. It’s simple and brilliantly effective.

Balancing the simple control scheme with fast and responsive gameplay means that you don’t feel like you’re playing a watered down game. It’s as wonderfully playable as you’d expect from an SNK fighter. Combo’s flow like water, Super Attacks are devastating, and each character is truly distinct.

Looking at the game through a modern lens, there’s nothing particularly unique or groundbreaking, but it didn’t stop me from being impressed with how little has been compromised mechanically when compared to its big brother console and arcade counterparts.

Whilst the Neo Geo Pocket is a 16-bit machine, don’t expect Super Nintendo level graphics here. It’s more of a bridge between the 8bit and 16it generations.

As with its gameplay, SNK Gals’ Fighters makes a lot of smart decisions with it’s graphics to get the most out of the limited hardware. Sprites are nice and large but don’t try to replicate their arcade counterparts 1 to 1. Instead, SNK has used stylised chibi models which makes characters instantly recognisable but gives the game it’s own sense of style. Characters are also impressively animated making fights excited to both watch and play.

In order to have such good character animations, some concessions have been made. Stages and backgrounds are simple, and between fights, there’s very basic still images, text, and little else. It does mean that overall, SNK Gals’ Fighters looks basic, but it’s understandable as it means there’s no detriment to gameplay.

For the Switch re-release, we do have a couple of filters and wallpaper options. As you can see in the screens, you can have the game displayed in a variety of Neo Geo Pocket shells, or just a standard black background. There’s also one filtering option to give it more of an LCD screen feel. It’s nothing drastic, but it’s a nice little touch.

Being a portable system, the Neo Geo Pocket didn’t have the greatest of sound chips. It certainly gets the job done, but it’s tinny sounds don’t really stand the test of time. And unfortunately, this is also the case for SNK Gals’ Fighters.

It has an upbeat soundtrack, that does play throughout fights (something that can’t be said for all portable fighters), but to avoid using too much CPU, it’s a very limited soundtrack. It will hold your attention for 1 or 2 arcade runs, but don’t be surprised when you’re turning the volume down and putting Spotify (other music streaming services are available) instead.

As with every section, it’s important to remember this was a title on an early handheld system. Power is limited, the sound is limited, and memory is limited. As such, you can’t approach SNK Gals’ Fighters expecting a plethora of game modes.

Fortunately, there’s still enough to dig your teeth into. On your own, there’s the arcade mode, training mode, and a few unlockables. You have options to change the difficulty and a couple of settings to vary gameplay, but ultimately, you’re just replaying the same series of fights over and over. You also have the option to get a friend involved and duke it out together.

It’s a little disappointing that it’s local only. It’s a fun game that would’ve been great to hop on and have a few matches online with.

Having not played SNK Gals’ Fighters at the time, I can only imagine how impressive it must have been when compared to other handheld fighting games that came before it. Even playing it in 2020, it’s crazy how well it plays on what would’ve been a limited system.

Yes, it’s simple, and you could be done in an hour or two, but it’s still a joy to play. As such, I award SNK Gals’ Fighters a Thumb Culture Silver Award.