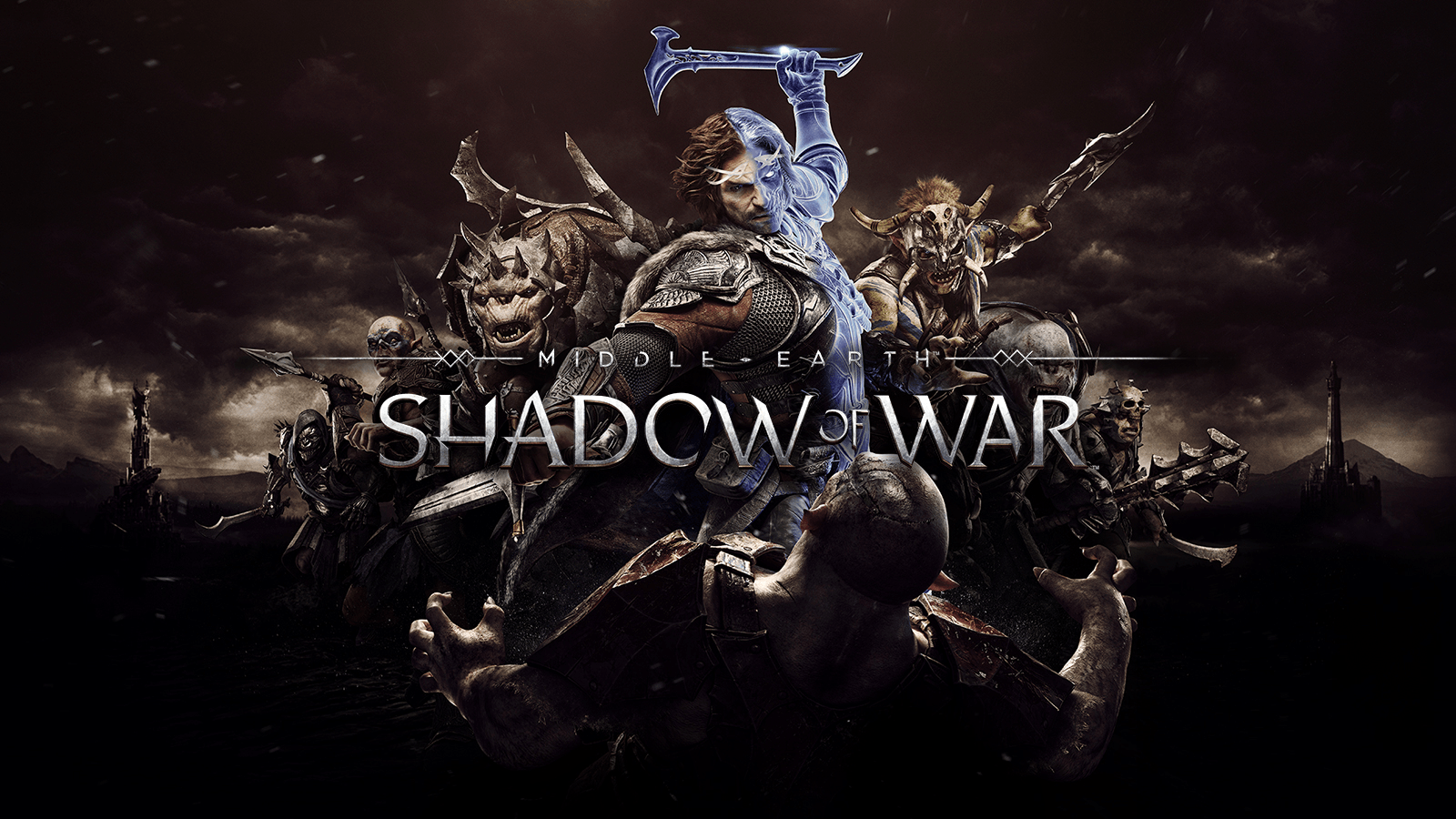 Shadow of War is the follow-up game to Shadow of Mordor, developed by Monolith Productions and Produced by WB Games. I’ve been lucky enough to get my hands on the Silver edition of this game which comes with a very nice Steelbook. Those of you that have read some of my other articles will know how I appreciate a good Steelbook case.

This edition also comes with a few added perks in the form of DLC. A Silver War Chest & Four Legendary Orc Champions to fight beside me. Unfortunately, at the time of writing this the DLC was not available for me to test (Check back though as I will update this after release to give my opinion of this content).

So, now it’s time for our second journey into the world of Middle Earth to re-join Talion and Celebrimbor in their war against Sauron and his orcs. The question is will this fight be better than the last one?

One of first things I noticed when jumping back into this world is that the game doesn’t treat you like a beginner. It quickly recaps over the previous adventure (enough to fill in the blanks for any newcomer) then its straight into the action. There a few quick ‘here are the controls’ moments to refresh your memory but that’s about it. It does however spend time on the controls and areas of the game that have changed slightly from Shadow of Mordor.

The fast travel points are another difference that I personally quite like. As with the first game there are towers that Celebrimbor cleanses. However, instead of the map populating on its own, they appear to have taken a leaf out of Mad Max playbook and you now search the landscape (with a few hints) to find the treasures. I prefer this as it feels more natural and interactive than just being given all the information.

Something that disappointed me as soon as I noticed it was that all of the abilities you unlocked in the previous game all seem to have been forgotten by Talion and need to be re-acquired. This is annoying more so than anything else. I understand it’s an RPG style game so requires character upgrades, but surely Monolith could have thought up some new ones instead of just packing out the abilities list with ones that would’ve already been acquired. This just made Talion seem like an idiot.

You’ll notice that instead of Runes, the Orc Captains drop gear. Swords, Armour etc. which you use to upgrade instead. I actually prefer this to the Runes system as it feels a little more customisable. Like your actually earning things from the combat.

This year the Nemesis system has had a bit of an upgrade and while it’s still basically the same, the Orcs do seem to have a little more personality about them. Even if some of them do talk as though they come from London rather than Mordor (who ever heard of a Cockney Orc?).

The menu showing Character strengths and weaknesses has had an overhaul, it’s not exactly better but it is a fresh look which I appreciate for a new game. 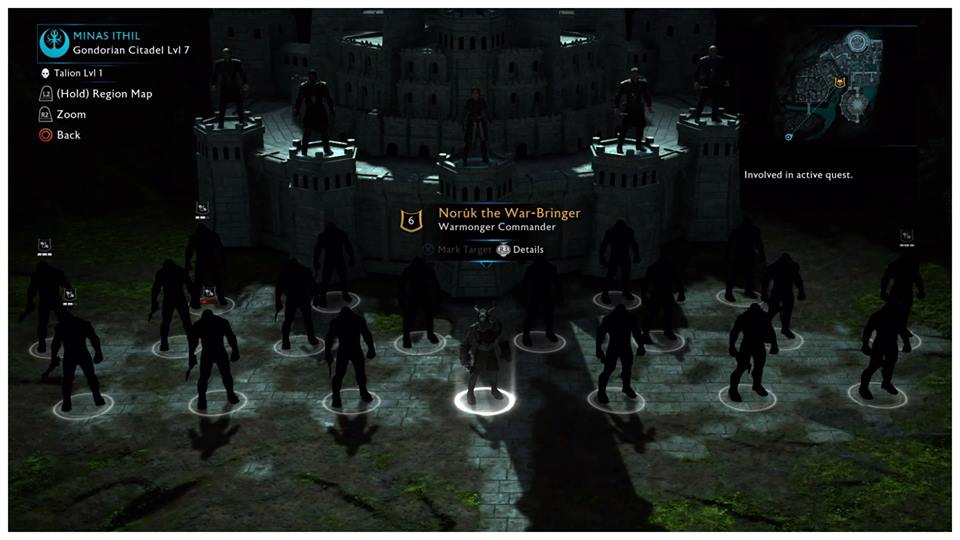 Ok, so I think the main question here is ‘has there been any improvement over Shadow of Mordor?’ Well that’s not a simple answer. At a quick glance, no there hasn’t. It still looks like the world we left 3 years ago in Mordor. That’s not to say it’s bad by any means, after all The Witcher was released in 2015. You don’t hear anyone saying the graphics look bad on that now do you?

There have been a few tweaks here and there, Talion looks more detailed and his switches between Human and Wraith when in the middle of certain manoeuvres looks smoother and more natural (if you can call a man-wraith hybrid natural?). 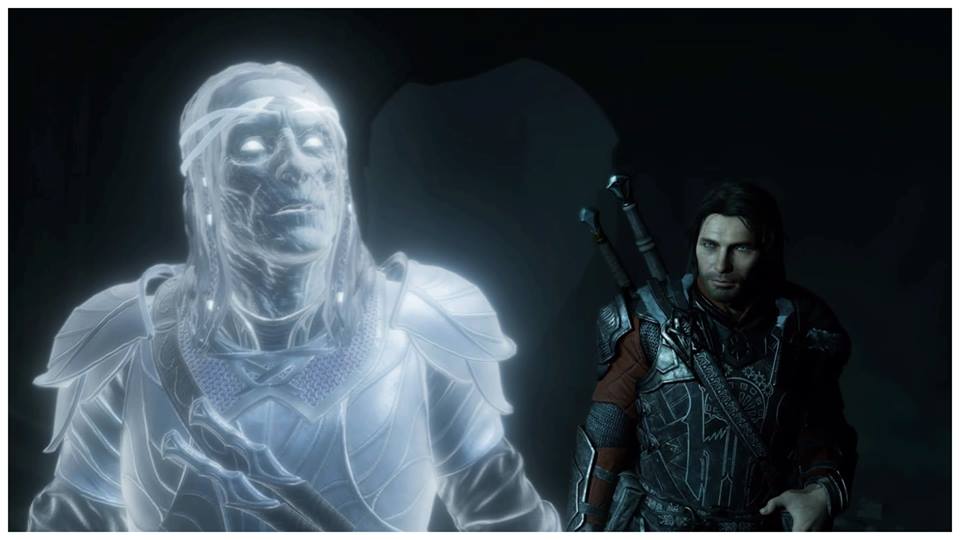 There are as per normal, bugs. At times Orcs will just simply vanish and reappear behind you like you passed straight through them (when you shouldn’t have). Situations with wall breaks and arrows that should cause explosions in Barrels just sticking there. (Bear in mind I’m playing this before release so there may be an update patch to fix some of this – I hope there is).

What I will say is the scenery looks amazing, these new locations work very well in this environment and being a fan of fantasy style games I find myself at times going into photo mode and just admiring the world I’m in. 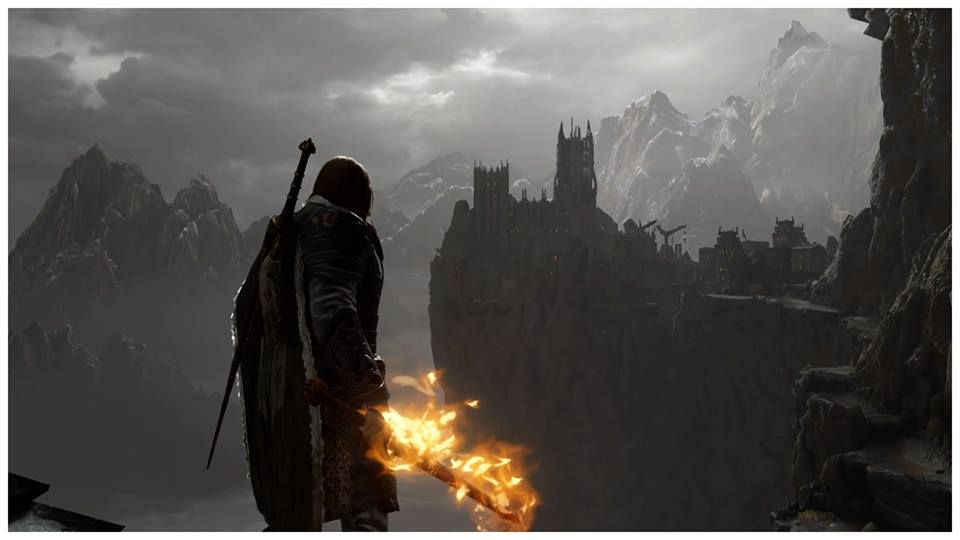 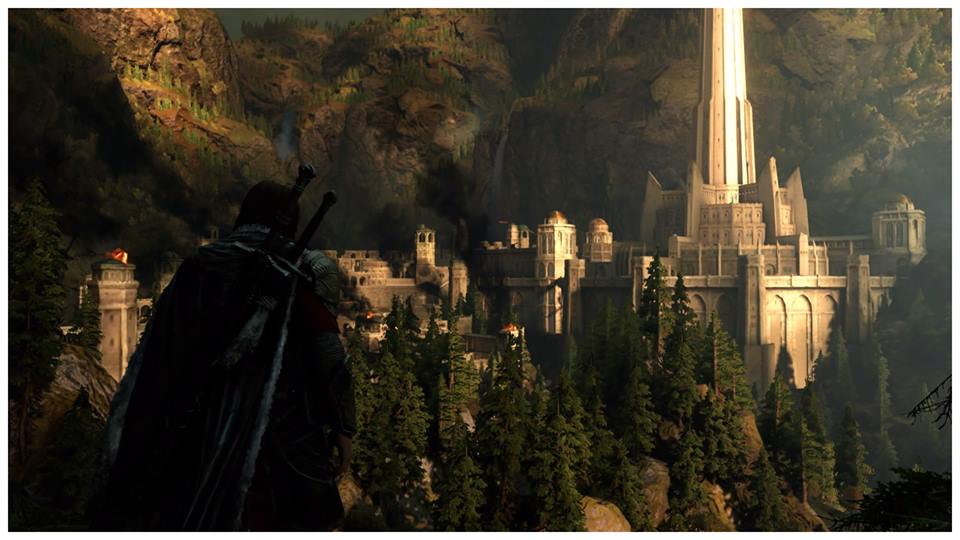 Here we have an original score which fits very nicely with the theme of Middle Earth, it seems very similar to Shadow of Mordor and wouldn’t surprise me if it was the same composer. Shadow of War in my opinion should be played through a home theatre system (if you have the option) as it adds a depth to the audio that isn’t there using TV speakers.

They have continued to use the speaker in the Dualshock controller, something that even now only a few games have chosen to use. As in the last game it is mainly for use when your near items of interest. It does add a level of immersion as long as you set the volume correctly before you start.

The voice acting is adequate, some of the characters seem believable but then some of the Orc dialogue is plain dreadful. I know some of it’s meant to be ‘tongue in cheek’, but at times it really just doesn’t work. I had a rather long battle with one Orc captain whose vocabulary was literally “stop”. By the end of the combat I really wanted to stop.

This one is a little awkward to discuss without spoiling too much. So I’ll try to tread carefully around the edge without explaining story details.

A lot of people commented how at the end of Shadow of Mordor there wasn’t enough to do to keep you in the world. They wanted to continue to build orc armies and have them fight it out. With the updates to the Nemesis system, Monolith have tried to do just that.

Shadow Wars is an addition to the latter to stages of the story part of the game. Basically, during the story of this game as in the previous one you spend time destroying Orc hierarchy and replacing it with your own. Here they’ve introduced another stage where after you have built your own fortress and hierarchy you need to defend it.

This adds a new level of playability even after the story missions have ended. I hope people enjoy this as it’s clear that Monolith have added it to try to give the players what they asked for.

Other than that, you have the normal collectables that were in Shadow of Mordor, as well as a plethora of trophies to work your way through. Nothing overly fancy there. But it can keep you busy trying to collect every one.

Shadow of War is a nice sequel to Shadow of Mordor. But, as with Mordor, some of the plot holes and annoyances are here and it stops this from becoming a great game.

For me Monolith have gone out to improve the Nemesis system, which they have done very well with. But, in doing so forgot the most important part of any game. Tell a good story!

If you’re a Tolkien fan and have issues with the lore being played around with, you will find yourself as rage filled as some of the orcs you’re going to be fighting. But, if you’re a casual LOTR / fantasy fan, then the story is there for you to enjoy and make the most of. Based on this Shadow of War receives a Thumb Culture Silver Award