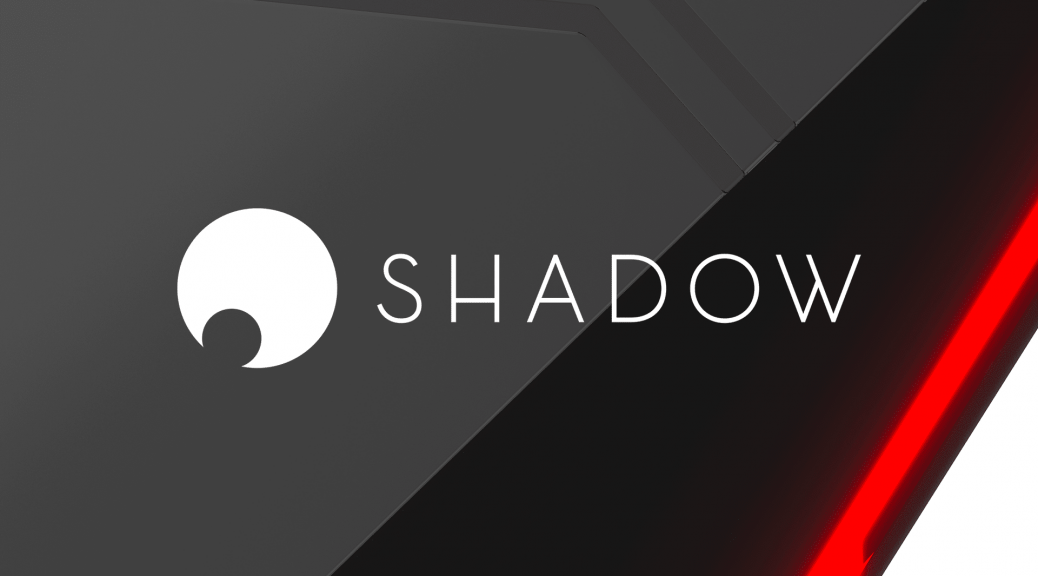 UPDATE: Blade updated something which affects the freezing issue you experienced when the TV was on: Using the beta apps, you can use H265 and greatly reduce bandwidth without affecting quality. Blade also pushed a massive update 3 days ago that vastly improves fluidity.

Hey there fellow Gaming Enthusiasts! Any of you that know me know my PC gaming pretty much died out back in the 90’s and I’ve only just started to dip my toes in the water with Steam more recently thanks to being part of this group.

This means that my PC equipment itself is a little dated and makes some of the gaming a little frustrating to use with higher-end specs and can be a little more troublesome at times to run at all.

Enter Shadow from Blade, the answer to all my problems! Access to more powerful hardware that we can use for all our gaming needs on any device from an Android Phone to an 11-year-old MacBook (yes I tried that!).

The theory sounds amazing… how does it measure up in practice? Let’s find out.

This was my first concern going in. If Shadow was going to give me access to all this powerful hardware to play my games on my old PC then there was no way it was going to be easy to set up.. Right?

Wrong.. It was a simple method of signing up on the website and downloading the app/software for whatever device you wanted to use it for.

Once the app / software is installed and opened you simply sign in, enter the access code that is sent to you and away you go.

The downside here, it is £26.95/month with no commitment , which is hardly surprising given what is on offer. So just take that into consideration when looking to sign up. The good news is that there is no set Contract term as such, simply a monthly fee as long as you require it.

Once everything is set up and you’re signed in, Shadow is effectively just remote access to a personal account on a more powerful PC. For anyone not familiar with the remote access idea. You have a window pop up which contains another PC display. Make it full screen and customize it with your own wallpapers etc. then install whatever you wish you play.

The truth of it is if you can use a PC (which if you’re reading this then you most likely can) there aren’t any surprises going to jump out at you.

Now for the most important part, does it do what it says on the tin? (Ronseal moment for those of you that remember the advert).

Well the truth here is it’s very much a yes and no answer. If you have a consistent high-speed broadband connection then Shadow works very well indeed, however if you only have 30mb and someone else wants to watch something on Netflix then you’re going to struggle.

I have approx. 40mb on average and I was trying to play House Flipper (you may have seen the review already – if not then when you’re finished here GO READ IT!!) and everything was running smoothly until someone else decided they wanted to watch a movie. Then it became very choppy and froze constantly.

There are settings which you can adjust and play with to try to accommodate for a lower speed connection however my findings were that they didn’t completely fix the problem, although they did definitely improve it.

Something to note, If like me you have the brainy idea of installing it on you’re Android TV Box so you can game on your much larger screen while sitting on the Sofa. Make sure to invest in a good quality Keyboard and mouse. I tried using my handheld Bluetooth Keyboard with Trackpad and it was an absolute nightmare. Not through the fault of Shadow, more through my fault of trying to cheat.

Overall I think Shadow is a good alternative for people who are looking to PC game without the overall expense and stress of constantly upgrading parts and buying new machines.

Yes there is a subscription which I understand will be off-putting to some and also does somewhat contradict the savings you are making by not buying upgrades. But also take into account you can install the application on multiple devices making it a lot more mobile than that £2000 gaming PC you would alternatively have in your house.

The biggest caveat here is the internet connection. If you’re only getting a 5-10mb connection then being honest this isn’t going to be much use to you as it will be more frustrating than anything else.

I believe Shadow deserves the Thumb Culture Silver Award. So close to Gold but that niggling Broadband speed issue makes it less accessible for the average person.

2 thoughts on “Shadow – Does More Power Come With More Problems?”