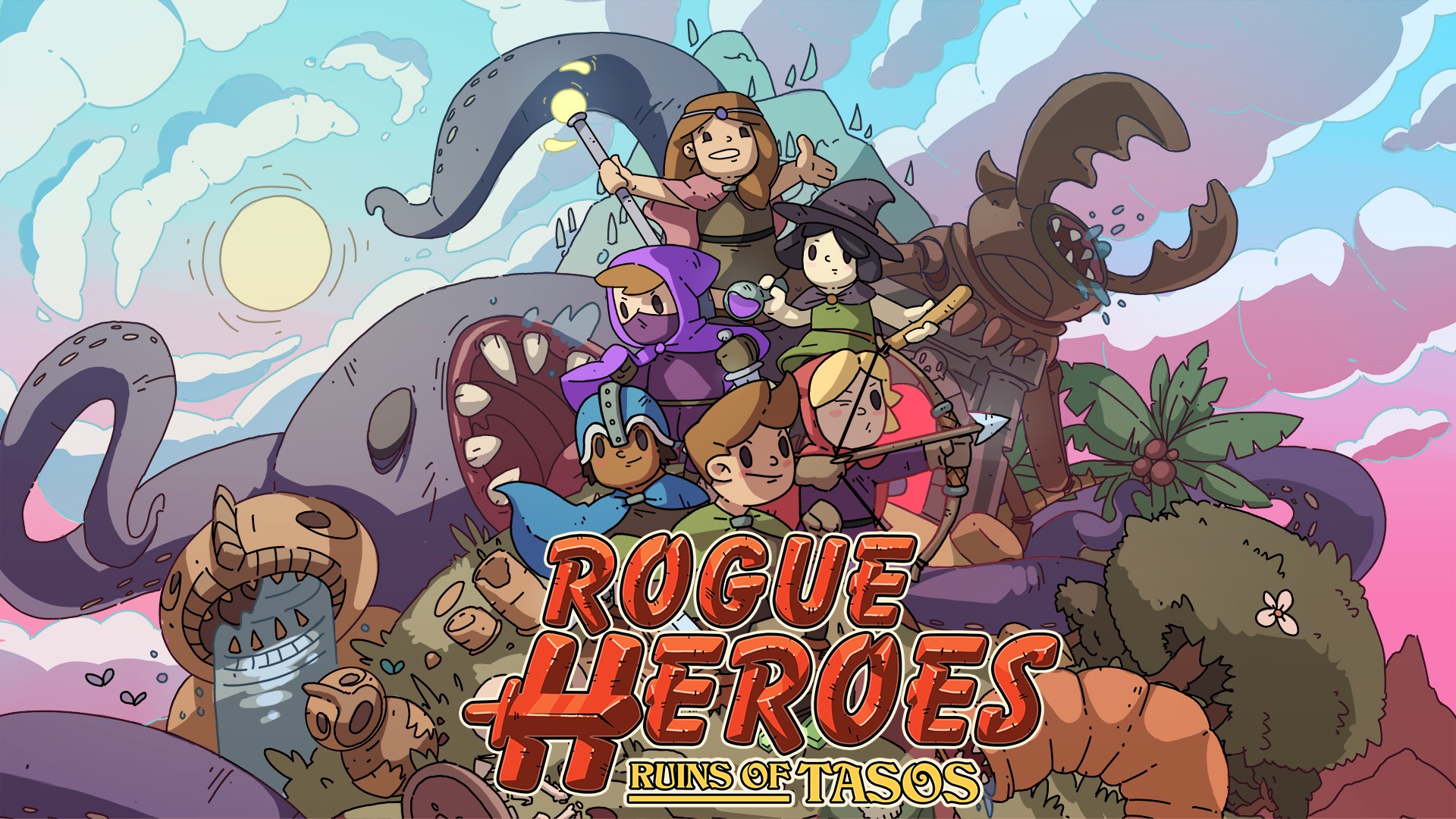 Rogue Heroes: Ruins of Tasos is an old-school adventure RPG from developer Heliocentric Studio (Magnetta, Gran Vitreous) & published by Team17 (King of Seas, Worms Rumble). Heliocentric is a team of two with Joshua Gump and Brandon Weatherbee and Rogue Heroes their biggest title to date. Inspired by classic Zelda and Stardew Valley with some rogue-like elements for good measure.

Rogue Heroes: Ruins of Tasos – I Need A Rogue Hero!

Looking to reclaim the land of Tasos, heroes are called on to prevent the return of the various monsters & creatures and build your community. I played on PC via Steam but Rogue Heroes: Ruins of Tasos is also available now on Nintendo Switch. Any thoughts and opinions, feel free to leave a comment below. All of us here at Thumb Culture and excited to hear from you.

Rogue Heroes is a rogue-like adventure RPG with elements of classic Zelda and Stardew Valley.  This is both in terms of gameplay and plot as well as camera angle and graphical style which I talk about more later. You can play solo or local & online co-op up to 4 players too.

The game begins as you wake up on a normal day in your home in Intori Village. A disembodied voice calls on you to prevent evil from returning to the land of Tasos. Long ago the four goddesses sealed away the 4 titans but now are at risk of escaping. As the seals grow weaker they are less effective, allowing the return of various creatures who are paving the way for the titans.

Starting as a fighter with more classes unlocked later, you learn stopping the seals from breaking requires you to clear out four dungeons around Tasos. The character classes are available upgrades as you progress. They come with their own abilities and character creation options so you can clear dungeons in style. The dungeons layouts are randomly generated so no two visits are the same so keeping you on your toes. Making your way through the dungeons can be frustrating but satisfying when you make it through. The game currency is gems only found in dungeons and making another dungeon run means losing any gems you have with you.

So this means managing your spoils from dungeons runs is all the more important. Gems are used for everything from buying items, upgrading your character, and bringing new buildings to Intori Village. Developing the village means Rogue Heroes more than your run-of-the-mill rogue dungeon crawler. There is more heart here than some RPGs I have played and I became more invested than I expected to. At several points in Tasos are statues to the 4 goddesses which serve as fast travel points which I was grateful to discover as I explored.

The combat of Rogue Heroes is kept fresh with the variety of creatures and monsters you fight. Different areas mean different monsters each with different attacks which requires you to adapt in response. In addition to slashing with your sword though, various weapons are available ranging from bows to bombs. And when you’re not contending with monsters you explore and areas open thanks to tools like the shovel and Hookshot.

The variety of weapons and tools can lead to some creative ways to tackle combat and dungeons. I even found that the environment & traps can be used against monsters. Dealing with encounters this way kept the game fresh and I even actively sought out ways to do this. For those of you, myself included, who sometimes prefer being with animals instead of people, fear not. Later in the game, you can also tame animals to help travel in certain areas.

I played mostly in single-player but with some online co-op with fellow Thumb Culture writer Martin. Gameplay adjusts to playing co-op like how puzzles are solved. Rogue Heroes has that old-school feel as you go through dungeons. Online co-op is difficult to connect, however, taking several attempts and even crashing my game at one point.

Rogue Heroes: Ruins of Tasos is clearly inspired by classic RPGs such as Legend of Zelda and this is most obvious in its graphics and audio design. The graphics are pre-set but the resolution can be adjusted up to 1080p. The retro design in this detailed and diverse setting. There are clear borders between different areas but practically seamless moving between them feels distinct. As well as appearance & textures, travelling across water & swamp areas and the day/night cycle adds to the experience.

The sounds & score of Rogue heroes definitely remind me of old-school RPGs. The upbeat soundtrack when in town or countryside to the serious or quickened music when in combat helped immerse me in the game. The sounds of acting in combat, monster noises, interacting with items, and the environment all bring their own sense of accomplishment. For those of us who played classic RPGs when new will definitely feel that tinge of nostalgia.

There is no shortage of things to do in Rogue Heroes: Ruins of Tasos so if you want to clear out dungeons or if you also want to expand the village you can do that too. In the land of Tasos there is plenty to explore too. There are also multiple approaches to how you play. And being a rogue-lite game if you die then it is not the end of the world. The social element that comes with playing co-op can easily add to the hours you can play.

Rogue Heroes: Ruins of Tasos is a great RPG with a backstory that gets your attention and plenty of heart which keeps you invested. The character options from appearance to class offer different gameplay styles. So that comes in handy when fighting a myriad of monsters and other creatures. Investing in upgrades for weapons & tools, Intori Village, and yourself allows you more freedom to play how want to. With plenty of hours to spend playing by yourself, and even more playing co-op if like the Zelda series or Stardew Valley you won’t be disappointed.

I really enjoyed Rogue Heroes and I am not done playing it myself yet. I look forward to seeing what Heliocentric brings us next. 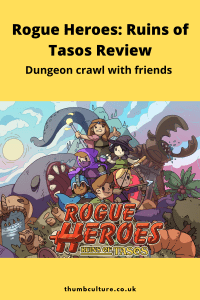