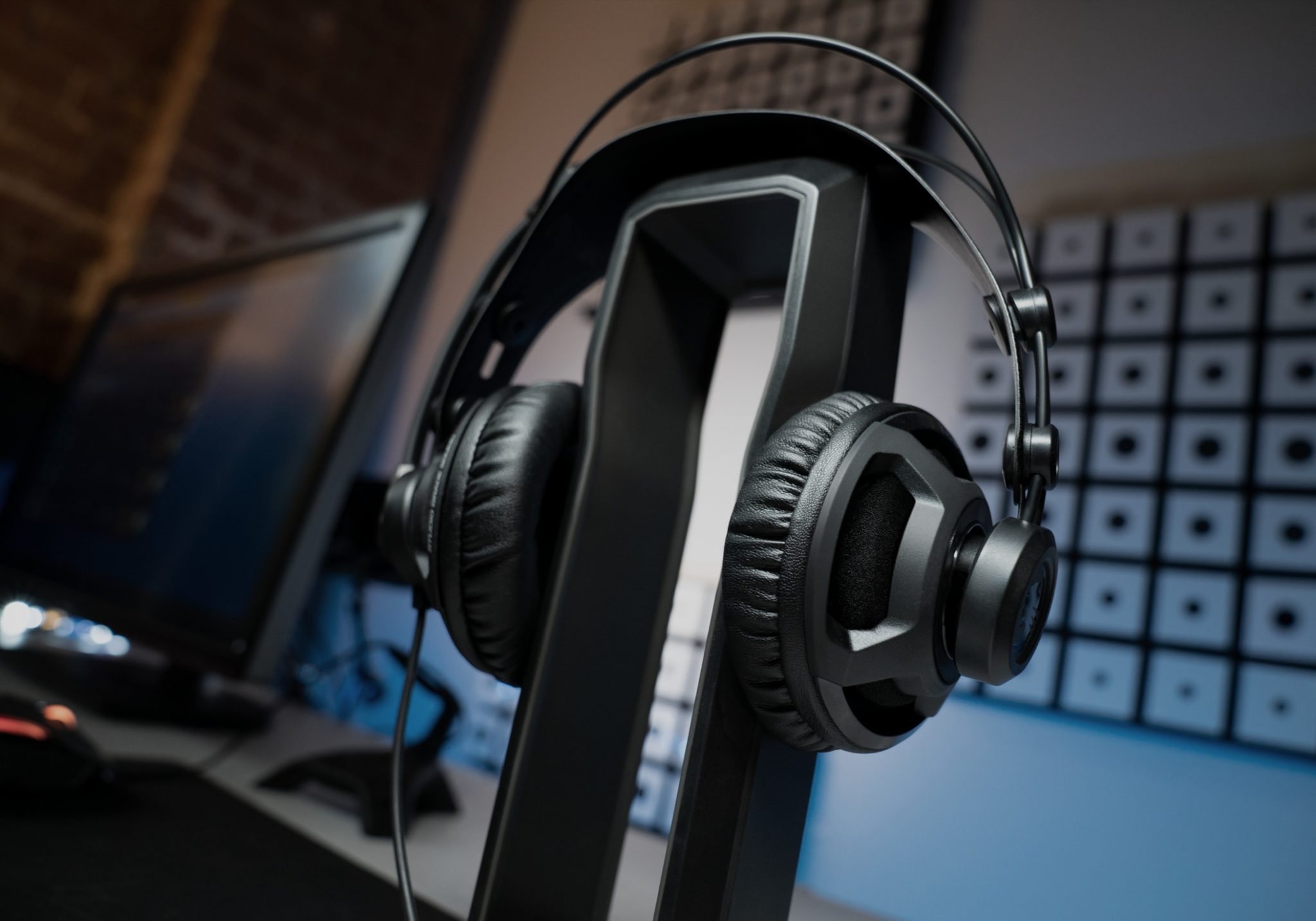 Landing on the desk over at Thumb Culture HQ this month is a pair of Roccat Renga Boost gaming headphones for us to test!  Sporting studio-grade sound, a boom mic and also compatible with both PCs and consoles, how would they hold up when put through their paces?

On first lookings the Roccat Renga Boost is extremely lightweight at 210g and is designed with an ergonomic leather headband, allowing the wires to pass through from one can to another in a separate metal containment above.  The headset breaks away from the normal headband that you normally associate with over the ear headphones and automatically adjusts to your head shape, and despite looking a little like a Cyberman from Dr.Who when wearing them, they are probably the most comfiest things you will ever put on your head.

Plugging into the PS4 controller first and launching into a bit of Red Dead Redemption 2 the first thing I noticed was the crisp sounds of the wildlife around me.  Ok, this is only in stereo however the tones of the sounds in the game were coming through well without any overwhelming bass rumblings or high eye-watering trebles.  As the inevitable sounds of gunfire begin to whiz all around me, (I swear i’m a magnet for trouble), I begin to wonder how long this budget-priced headset will last.

One of the first things that tend to break on a headset is the speaker itself once subjected to a sudden low bass frequency caused by an explosion in a game.  The result of this is a horrible rattly, buzzy speaker that frustrates you when playing and detracts from the game.  As I have done before with other headsets, to fully test the ranges I like to subject them to a number of sound samples that I can measure the response from and determine for you whether the Roccat Renga Boost headset can perform as per its specification.

In the spec the performance states that it can handle from 20Hz to 20000Hz, to some of you this is meaningless however this is the frequency range from a low bass to a high treble and it is important when listening to audio to aid immersion.  Playing through the samples, the low rumbly 20Hz performed amazingly well with no signs of any speaker rattle and it felt as if a large lorry was idling it’s engine behind me.  Equally the stated 20000Hz was reached however I had to get one of my children to listen out for the high pitched tone as being 38 years young my natural ability of hearing that range has reduced to 16000Hz!

The cable from the Roccat Renga Boost headset has an inline volume control and mic mute switch before splitting into 2 separate 3.5mm jacks at the end of the 2.5m cable, one for mic and one for sound.  Once again Roccat has thought about the cross-compatibility of the product and supply the Renga Boost with an adapter lead that allows the 2 separate 3.5mm jacks to be combined into one 3.5mm jack, perfect for also using on mobile devices as well as consoles.  Just make sure you tuck all that cable safely in a pocket if you’re out and about!

Seeing as the Roccat Renga Boost headset didn’t break during the samples it is on to some more gaming!  This time it is some Apex.  Joining a chat party with my friends we squad up and hit to the skies.  I can hear the lads well as we decide where to land and the monumental roar of my squad’s jets fills the speakers.  The smart looking mic bends easily into position as I begin to give crisp, clear orders having seen an enemy run past my corridor.  Alan throws a frag into the room beside me and a punchy boom sound tells me that it has detonated.  Got them!  I do love it when you get a gaming session going and before I know it the clock is saying 2am.  Now I don’t know about you however one thing I do suffer with when wearing over the ear headsets is sweaty ears!  Thankfully the Roccat Renga Boost has ventilated cups which prevent this!

So there you have it, the Roccat Renga Boost headset.  Retailing between £29.99 and £49.99 depending on where you like to shop, they perform very well if you are on a budget and want something that both looks and sounds decent.  Having the ability to use them for more than one device prevents the need for owning multiple headsets which is a great positive as is the comfort of wearing them for long periods of time.  The leather headband is genius.

Disclaimer: A product sample was received in order to perform this review.