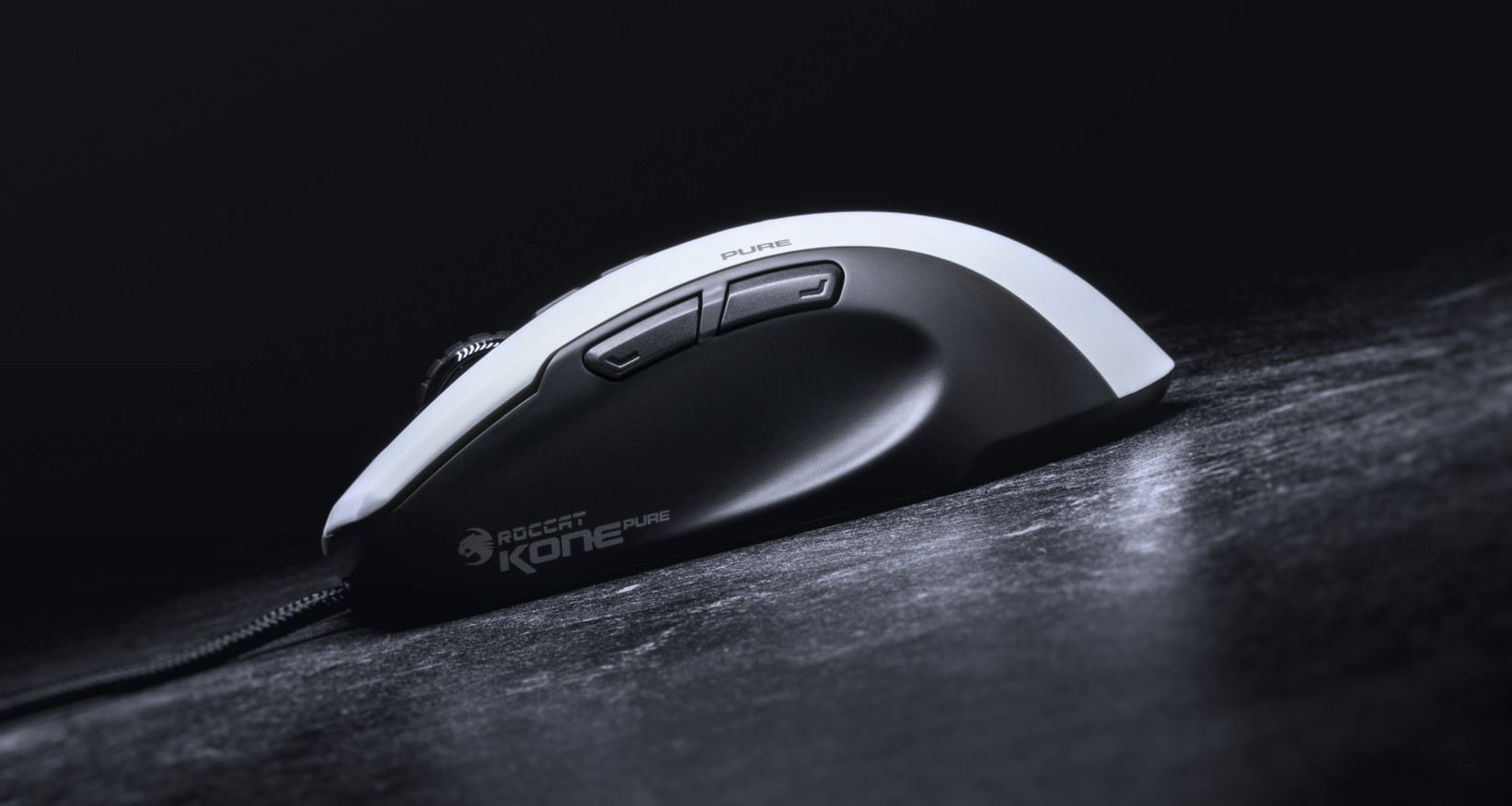 Gaming mice come in all shapes and sizes along with a vast array of extra buttons bringing with them additional functionality.  The burning question is however “Which mouse is best for you?”  Having taken a look previously at the Roccat Kone Aimo Gaming Mouse earlier in Summer that featured 12 buttons and a mesmerising lighting job how would Roccat’s latest gaming mouse fare?

Ladies and Gents I give you the Roccat Kone Pure Owl-Eye, now available in white. 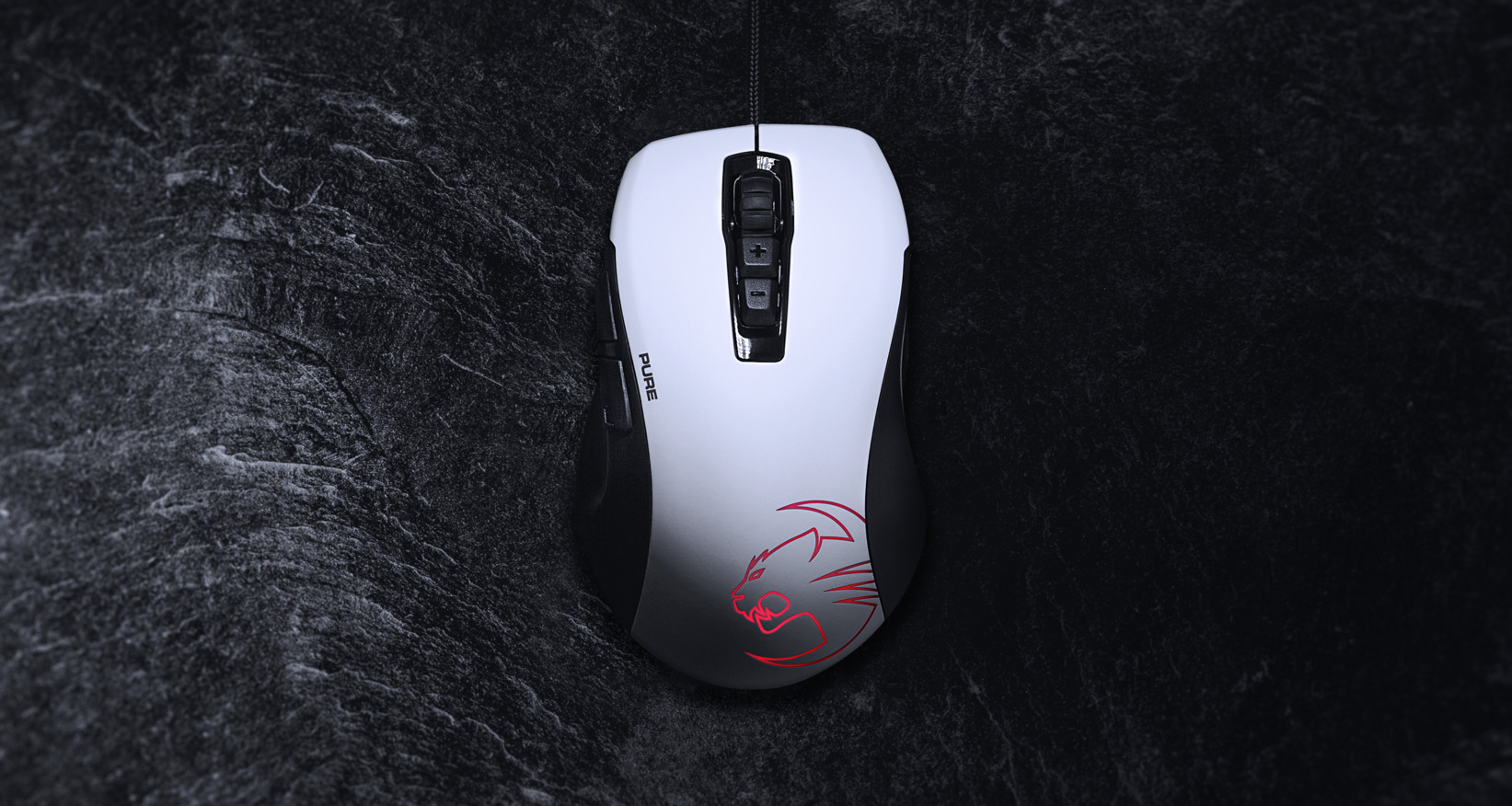 Sitting infront of my PC screen the first thing that stands out is the illuminated colour changing Roccat logo located where your palm rests onto the mouse.  The vibrant pulsing emblem stands out well against the white of the mouse and begins to get positive comments from staff walking by.

The main job of the Kone Pure Owl-Eye is that its a slightly more compact gaming mouse designed for gamers who wanted the fan-favourite design of the Kone EMP in a slimmer package.  Weighing in at just 88 grams and almost 10% smaller than its bigger brother, the competitive-weight Kone Pure aims to please without giving up style and too much functionality.

Resting under the palm of your hand, the Kone Pure Owl-Eye mouse fits beautifully.  I have fairly large hands and I certainly did not have any issues with gliding the mouse around the desk and locating the buttons.  Everything is, as you would expect from Roccat, well designed with ergonomics in mind.  The pro grip surface certainly works well especially during those intense sweaty palm moments! 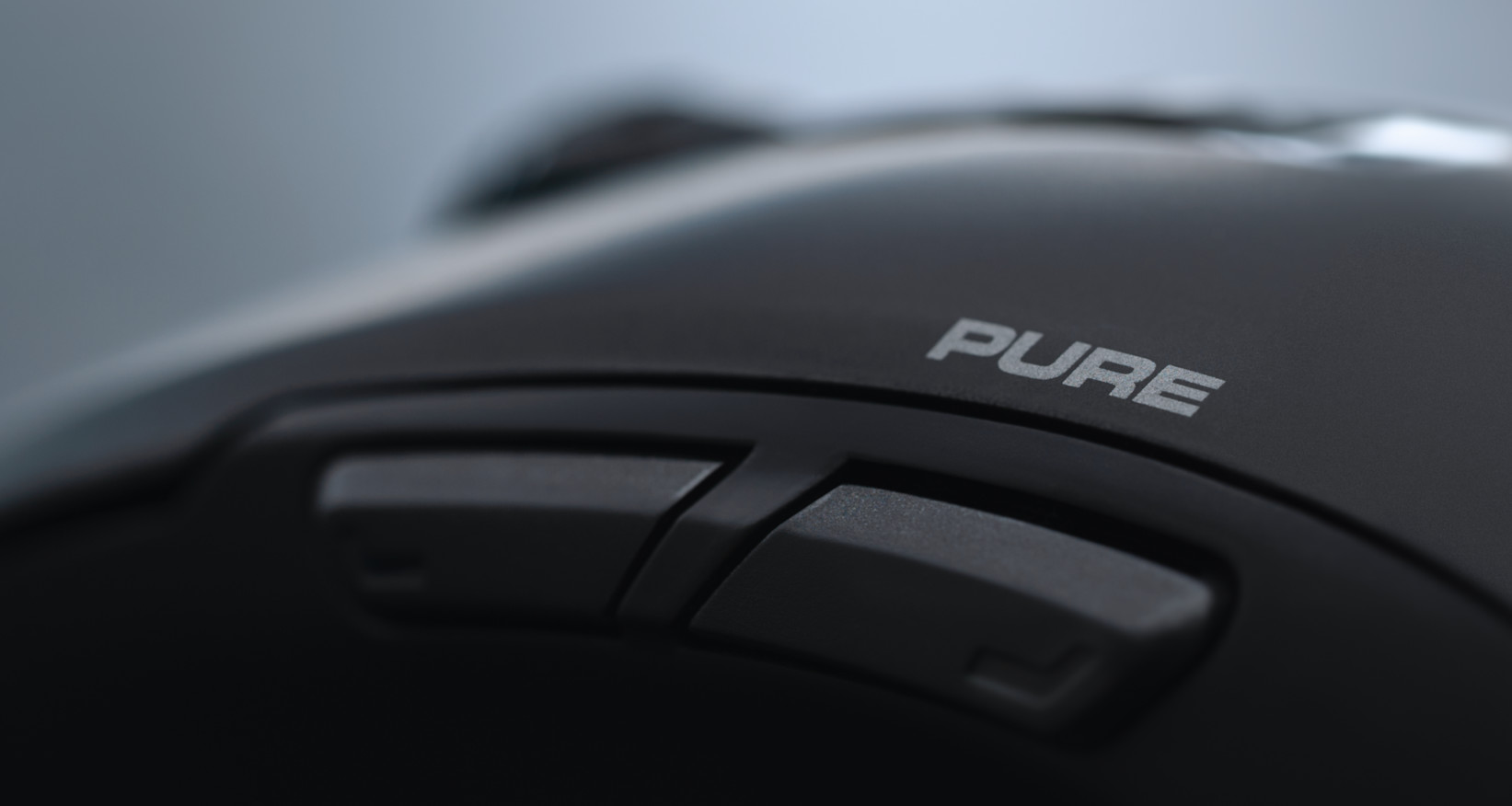 One of the trademark qualities of Roccat is their usage of the modified Owl-Eye optical sensor from PixArt.  There is no denying that the precision it gives to the Kone Pure mouse is amazing and the ability to adjust the dpi on the fly using the simple “+” and “-” buttons located below the middle wheel is an awesome function, especially when playing FPS games that require quick aiming and shooting reflexes.

Customisation options has always been a key feature for gamers.  Different games require different button bindings and the Kone Pure will not let you down here.  With 9 standard buttons and the incorporation of the Roccat Easy-Shift[+] ability, buttons can be remapped for secondary features and activated at the press of a button.  All of the customisations such as selecting the type of illumination from the 16.8M possible colours right through to the selectable dpi stages and macros can be setup within the simple to use Roccat Swarm software. 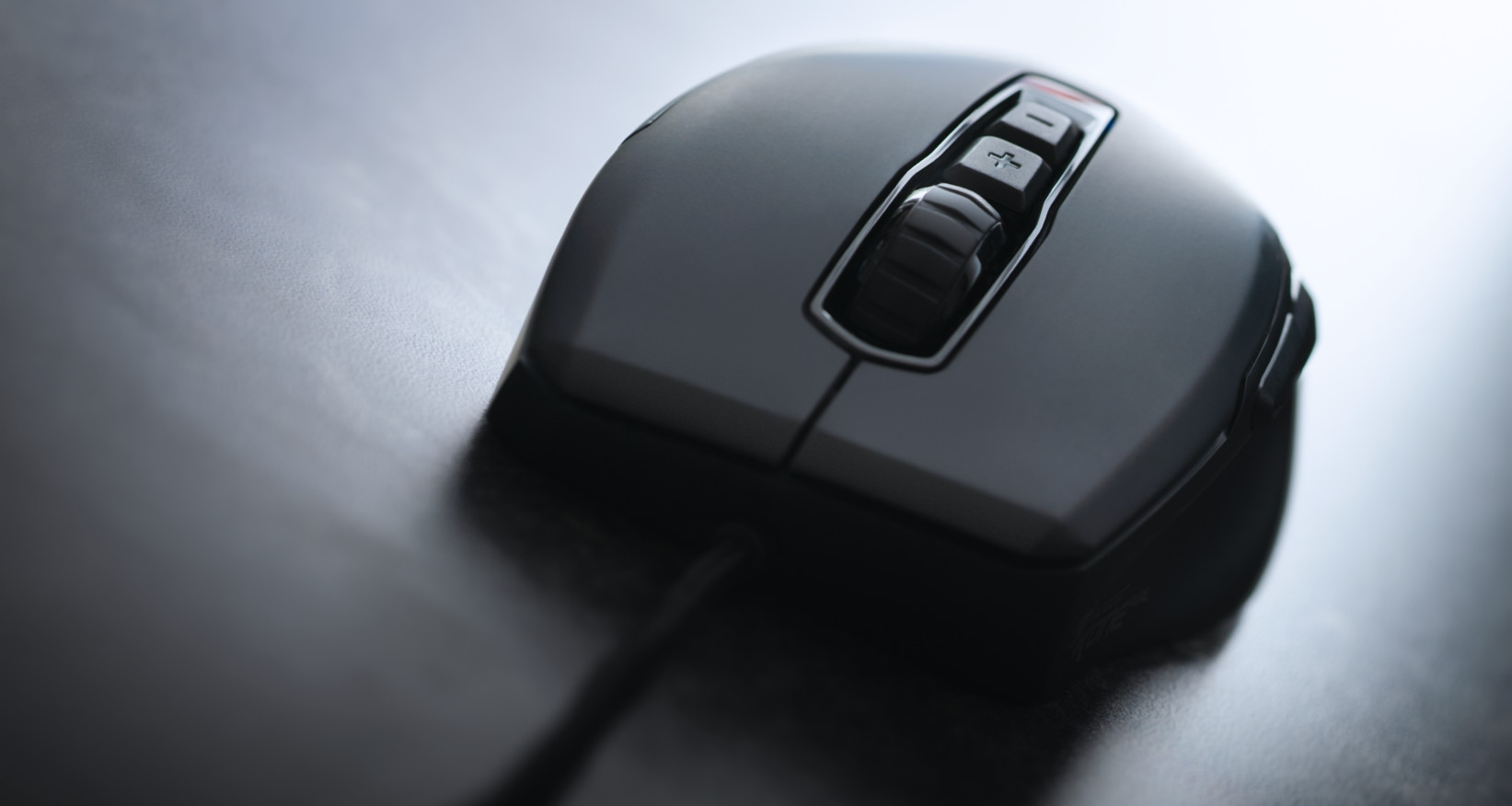 The Roccat Kone Pure Owl-Eye gaming mouse retails at around £59.99 on the Roccat website however if you shop around I have seen it for £44.99.  For the money it is a stunning little gaming mouse which is packed full of features and fully customisable like it’s larger brothers and sisters.  If you are after a gaming mouse upgrade then the Kone Pure will not let you down however if you have a slightly larger budget I would consider the Kone Aimo purely due to the extra buttons and additional lighting it houses.

Disclaimer: A sample was received in order to complete this review.