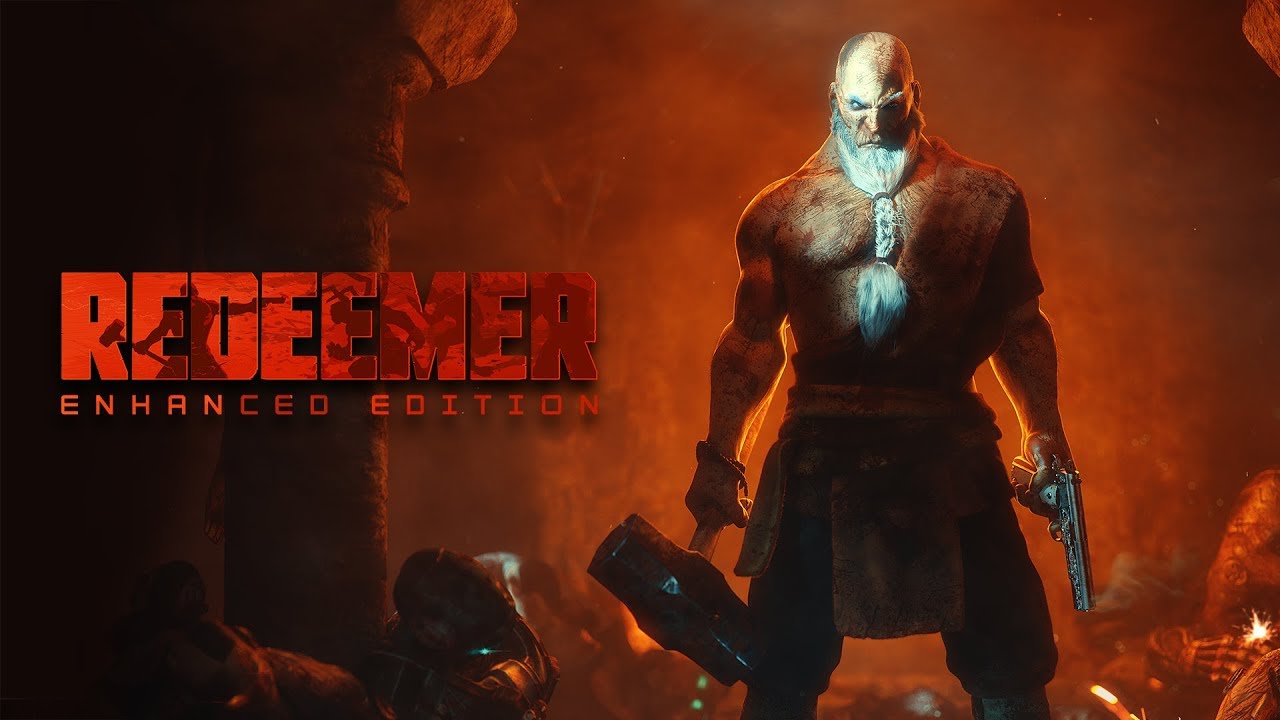 Back when this game originally released, one of the developers over at Sobaka Studio described the game as a mixture of Hotline Miami and God of War. It was a very bold claim with both of the series the developer compared his game to being absolute juggernauts in the gaming industry. Whilst those claims are quite exaggerated, I can definitely see where the developer was coming from and now that Redeemer: Enhanced Edition is gracing consoles, it’s time to take a look back at the game to see what improvements have been made.

In the game you play as Visily, a soldier turned monk who is just trying to live out his remaining years in a mountaintop temple. When his past catches up with him, all Hell breaks loose, leading to the capture of his monk brothers and the destruction of the monastery. Throughout Redeemer you’ll be caving in skulls, snapping spines and pulling off heads as you kill and maim towards your captured brothers in order to set them free.

Anyone who has experience with the Hotline Miami series will feel right at home here. The entire game has a top-down perspective, typical of twin-stick shooters, yet has a more realistic, detailed art style. There are two ways you can go about combat, both being just as satisfyingly gruesome as the other. You can use punches and kicks in varying combos alongside a large range of melee weapons, although you’re fists will be used predominantly as melee weapons have the consistency of wet newspaper in the early stages of the game.

Something which I found quite interesting and unique about Redeemer was the Arkham style blocking that the player can perform if surrounded by enemies. There are multiple types of enemies that will rush you whilst also leaving a small window with which to counter their attacks. The window to do this is tiny, however, and I wouldn’t rely on doing that to get yourself out of tricky situations, but it’s another tool in the toolbox and is quite a unique mechanic for a top-down shooter. 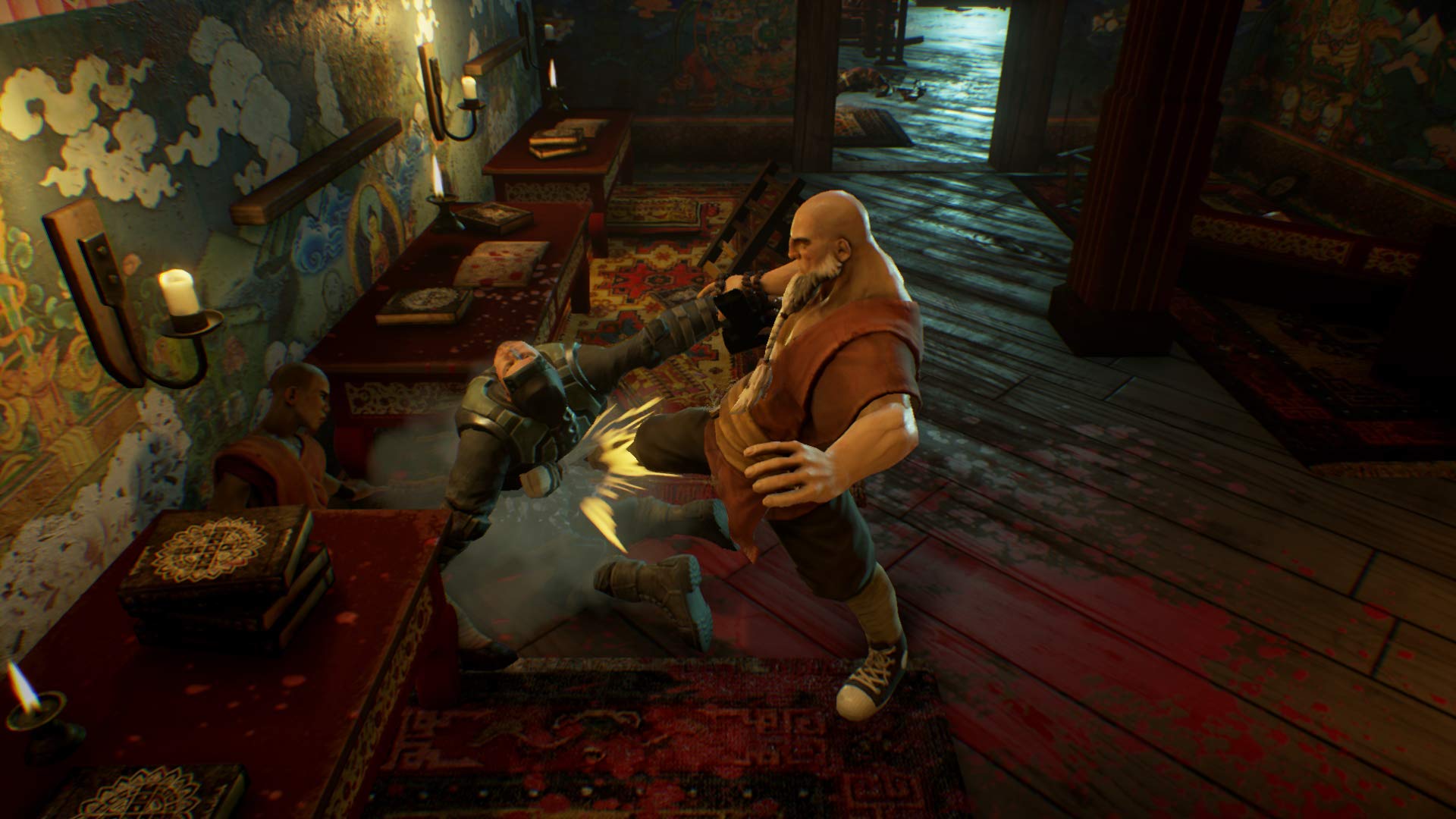 The other method you have is to use one of the many firearms you’ll find scattered throughout each level. There’s a large variety including shotguns, pistols, rifles and even plasma rifles. However, ammo is very limited and as soon as you use up all the ammo in one gun, you’ll have to throw it down and pick up another one. It’s an interesting mechanic and it leads to a lot more variety in the way you go through each level and take down enemies as well as giving the game a more chaotic feel.

Another thing which adds to this chaotic atmosphere is the way in which you restore your health. The only way to get more health is to take down enemies as each unique kill will restore a little bit of your health bar. Executions, stealth takedowns and environmental takedowns all give you a little bit of health meaning you’ll need to constantly be on the offensive even if you’re about to die. It’s a great mechanic for making the game feel much more exciting to play and I certainly had some close moments that were the highlight of my time with Redeemer.

The majority of the time, Redeemer does feel fantastic to play. Killing enemies by bashing them into the walls and impaling them on spikes does have a gruesome cathartic feel and in the earlier stages, it even runs at a consistent 60fps on consoles. However, that number takes a huge dive during the latter portions and sometimes even struggles to maintain a standard 30. In highly detailed areas you can expect massive frame rate issues and when you’re playing a fast-paced game such as this one, it can be very difficult to control.

Another thing I wasn’t a fan of was the upgrade system. Whilst there are a lot of skills that are very useful when you unlock them, such as the ability to fire incendiary bullets or passively restore more health, but there are a lot of skills that probably should’ve been standard game mechanics. For example, a laser sight can be unlocked for your firearms but without it firing your weapons accurately is very difficult. Another example is the ability to be invincible when rolling and until you unlock this ability, you might as well not bother because rolling otherwise leaves you incredibly vulnerable. 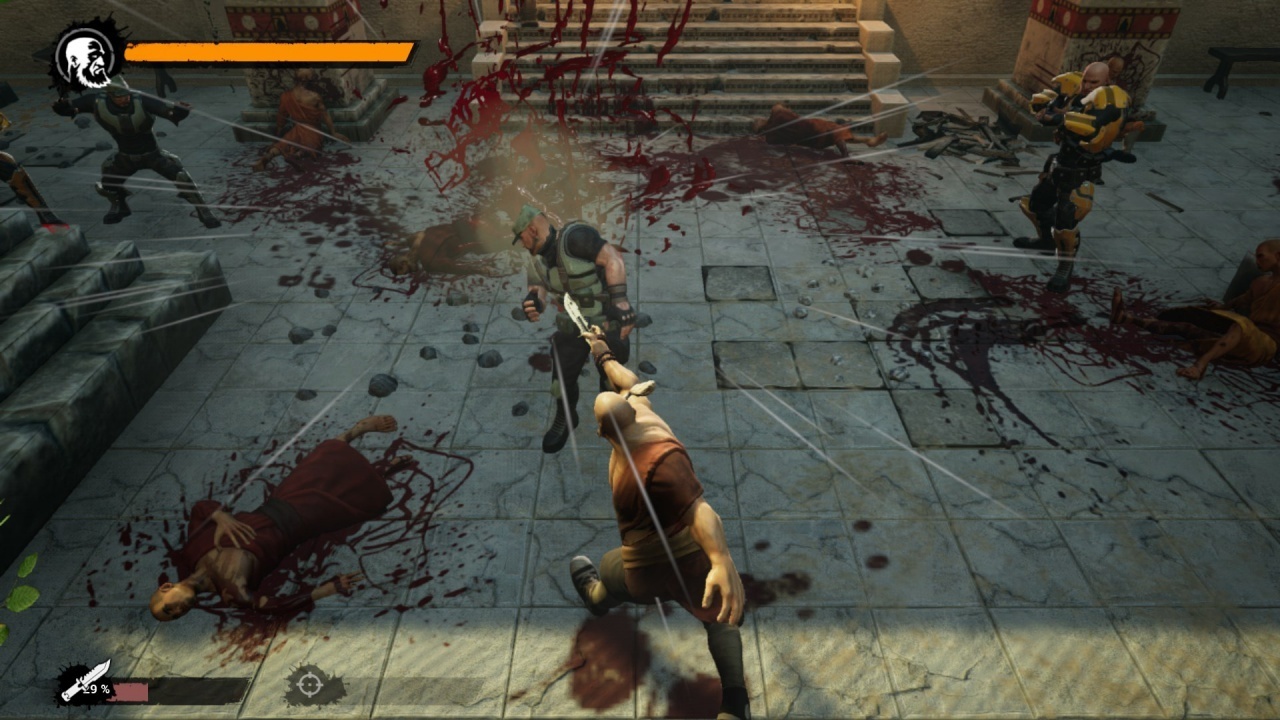 And one more thing that I would have to recommend to anyone wanting to jump into the game is to start the game on the highest difficulty as the default. Both “Easy” and “Normal” were a little too trivial for me personally and if you’re wanting a challenge then I would definitely recommend starting the game on “Hardcore” straight away. If you’re not looking for a challenge and want a gory power fantasy to play then whack the game on “Easy” and go wild.

In terms of how the game looks, Redeemer really is a mixed bag. Sometimes the game will look great, running in the aforementioned 60fps with highly detailed environments and other times there will be unintended visual glitches and massive drops in the frame rate. If you’re shooting an enemy with a rapid-fire weapon, the character models will glitch out and twitch like something from Silent Hill and some enemies will even clip through walls. There’s this overall roughness around the game and that’s disappointing because there are sections which do showcase how good the game could look if it was better optimised.

However, I was quite impressed with the amount of enemy variety. Each enemy had a distinct visual look which allowed you to ready yourself in the correct way and some of the monsters in the game are wonderfully grotesque. You’ll fight everything from beefy soldiers in armour to disgusting, acid-spewing mutants and all of them have a wonderful visual design.

The same cannot be said for the environmental variety. I’m a strong proponent of having a good variety of environments for players to experience as just a simple change of scenery can make a game feel fresh and exciting to play. However, there are only really three environments throughout the games fifteen chapters and the majority of the game is set indoors in big metal facilities which are a shame. A lot of the outdoor scenes look great and it would have been nice to see some more outdoor areas to really showcase how good the game can look. 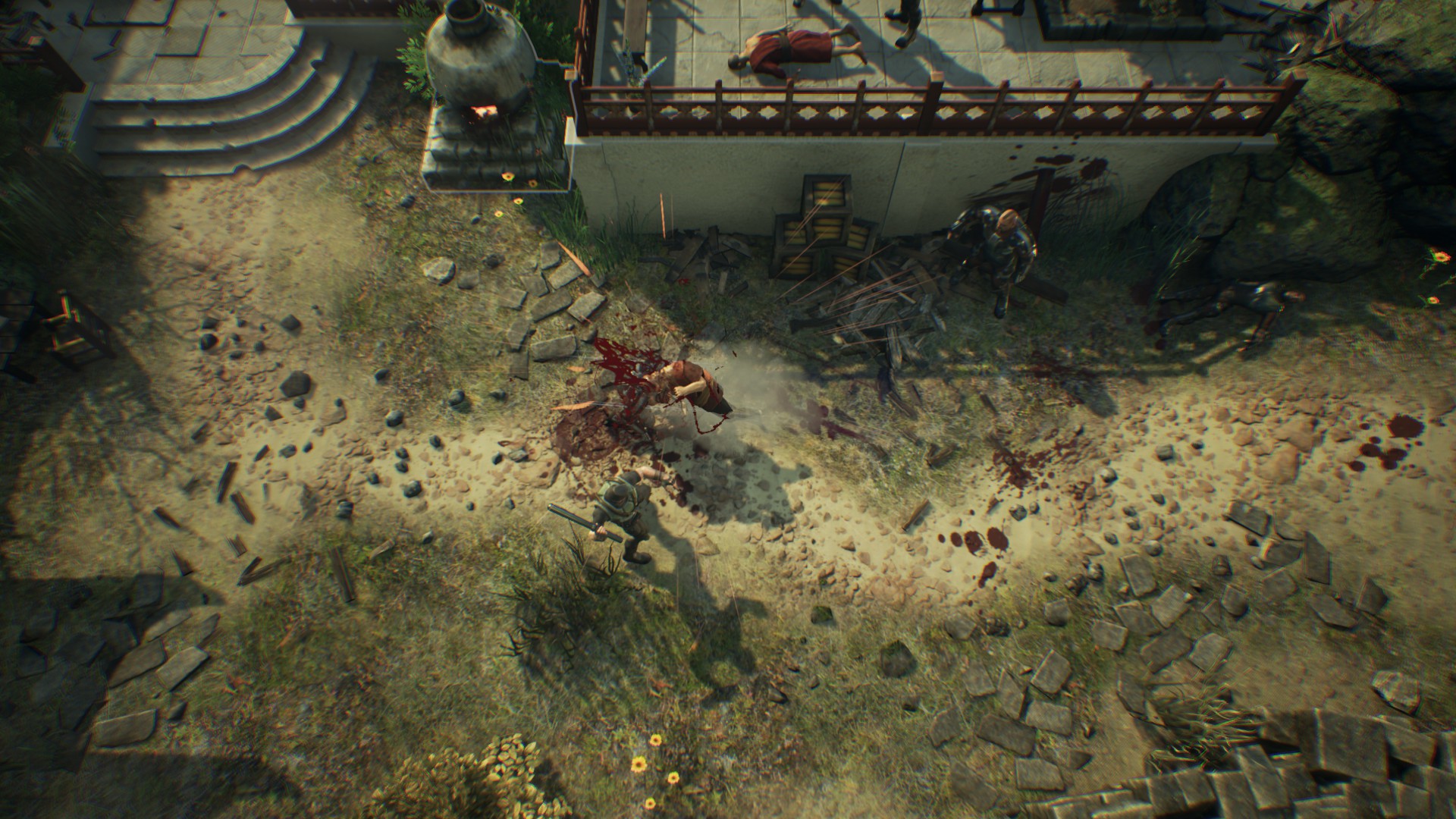 Apart from the odd interesting bit of music, Redeemer doesn’t much to boast about in the soundtrack department. A lot of the music is fairly forgettable and I struggle to think of any pieces that stood out. How the voice acting was quite enjoyable and even though sometimes the voices didn’t match up with the subtitles, I was still able to enjoy the cheesy, over the top voice acting that made the game feel a lot like a b-movie. I don’t know if that was the intended effect, but with the plot being so ridiculous and the voice acting adding to that, I like to think it was an intentional move on the part of the developer.

If you really like Redeemer, there is quite a good amount of value for money. The game has three difficulty setting which allows for multiple playthroughs and you can revisit chapters to try and get those elusive trophies if you’re one of the trophy hunters. There’s an arena mode where you can test your mettle against waves of enemies and one of the additions to the PS4 port of the game is the new co-op mode which lets you play through the game with a friend. Redeemer is perfect as a game that you can throw on when a friend comes over if you’re wanting a decent gaming session.

Redeemer: Enhanced Edition is a frustrating one for me because I would recommend it so much more if it didn’t have all the technical issues that it has. That said, there’s a promising game underneath all that and the game is satisfying enough to play that I would recommend it if you have a lot of patience and have the ability to see past a bunch of technical faults and glitches. It’s a game I don’t regret spending my time with and it’s a pretty competent top-down, twin-stick shooter all things considered. It gets a Thumb Culture Silver Award from me!

Would you like to read more of Josh’s reviews? Check out them out here.