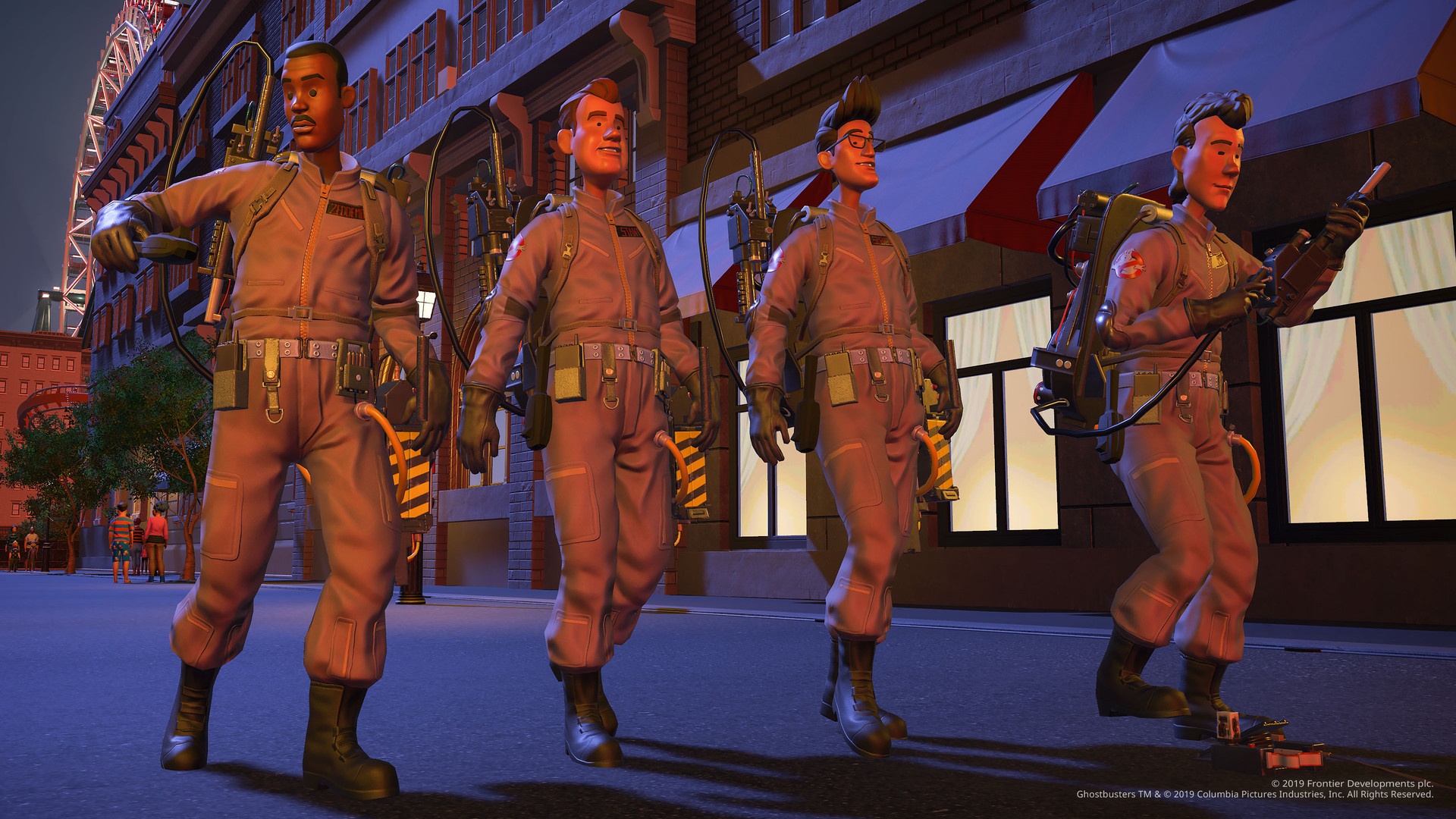 The Ghostbusters come to your park in this latest paid DLC for Planet Coaster, by Frontier Developments. The pack can be purchased alone or can be bundled with the base game at a discount on the Steam store. With the base game released November of 2016, this new content released in June appears to be on track to keep up with its Very Positive rating.

Although I’m a new player to Planet Coaster in general, I was excited to take the deep dive into the Ghostbuster’s DLC after getting my feet wet in the base game. Needless to say, I wasn’t disappointed. 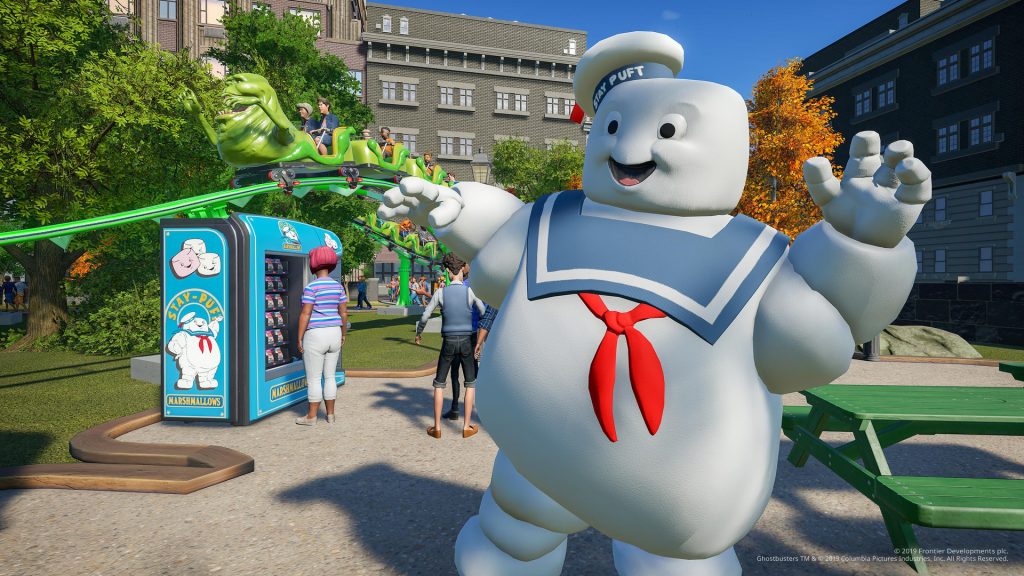 Planet Coaster: Ghostbusters not only brings new goodies to add to your own theme parks, such as iconic figures like the Stay Puft Marshmallow Man and the ECTO-1, but it also adds a new narrative campaign for the player to experience. I was especially tickled to hear the voice of Dan Aykroyd reprising his role as Raymond Stantz as he guides you through the new campaign.

The new campaign starts you off as most of the others do, in a premade park with minimal rides and activities. After a bit of story background, you’re off to complete the usual objectives of getting your park up to snuff while also “investigating” unusual activity in the park. The campaign also gives you a bit of extra fun along the way by doing other activities besides just park maintenance, such as riding the Ghostbusters Experience and shooting ghosts.

Overall, the DLC seems to add new content without majorly impacting the way the game plays and is a quality nod to the 1984 classic movie.

While playing the game on my PC, I didn’t notice any graphical issues that stood out with the new content. As with the base game, there is some frame loss if you have a lot of things packed into a small area, but there wasn’t anything game-breaking beyond that that I noted. The DLC pack does a great job of adding in Ghostbusters flair where it can. 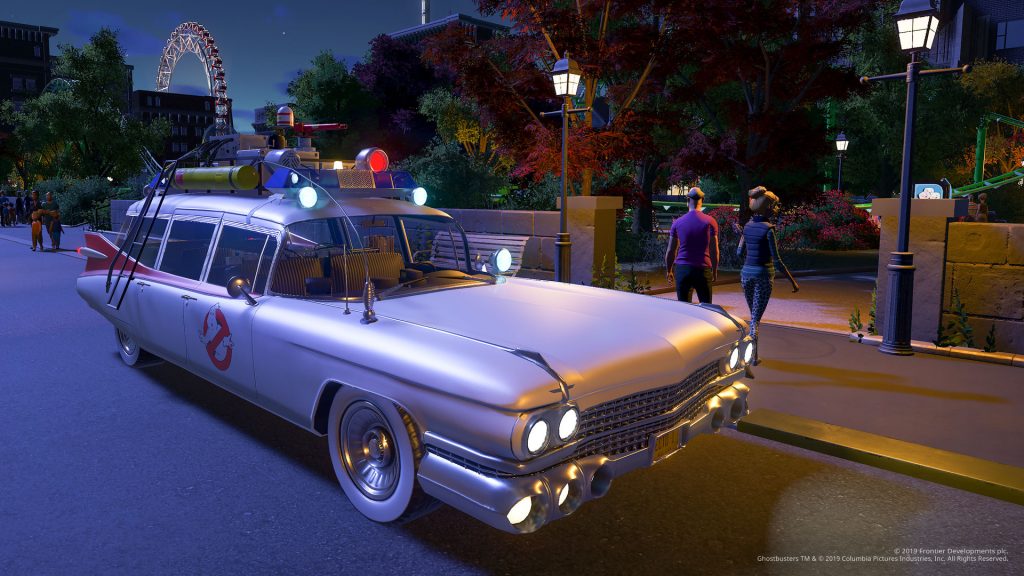 The Ghostbuster DLC features voice-overs by familiar characters with Dan Aykroyd as Raymond Stantz and William Atherton as Walter Peck. Players and lovers of the original movie will also be pleased to hear music from the original soundtrack as well.

As with many tycoons and build-your-own types of games, Planet Coaster: Ghostbusters gives players more content to refine the base game. Whether it be from playing through the new campaign, which I personally haven’t had a chance to completely finish yet, or utilizing the new assets while creating a park of your own, anyone adding this DLC to their base game is sure to find a reason to spend even more hours in Planet Coaster. I’m sure that once I get done with the campaign, I’ll be putting the new rides and features to use in at least a section of a park of my own. 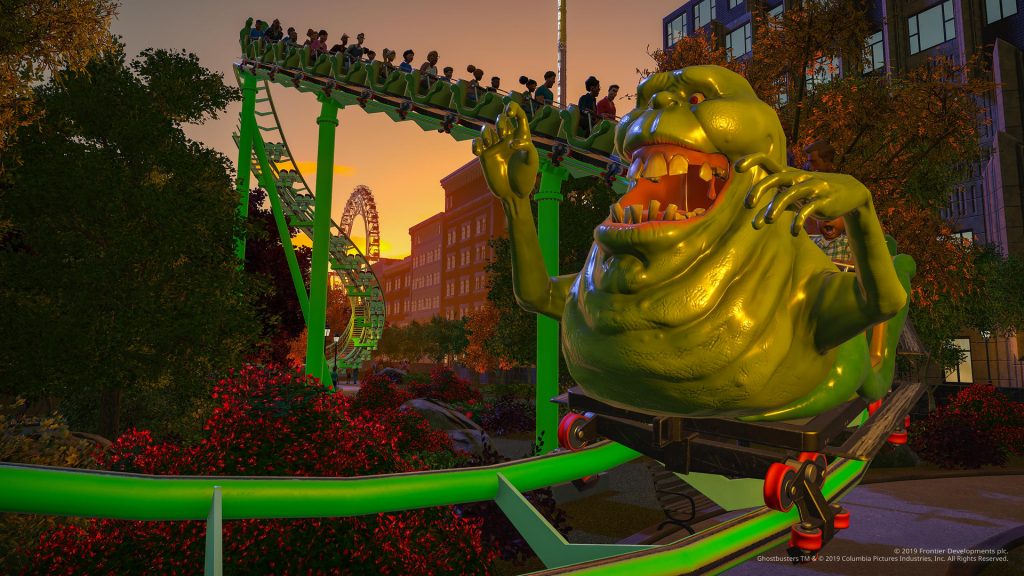 The Planet Coaster: Ghostbusters DLC is a welcome addition to an already enjoyable and robust park builder. Though priced slightly higher than previous DLC content, it’s a bit obvious that the use of the classic Ghostbusters IP and assets, such as the original theme music and voice-overs by Mr Aykroyd and Mr Atherton, make it well worth the price point. I would recommend anyone that loves Ghostbusters as well as Planet Coaster to add this DLC to their library. I’d even say that it is deserving of the Thumb Culture Gold Award!

Would you like to read more of Jordan’s reviews? Check out them out here.