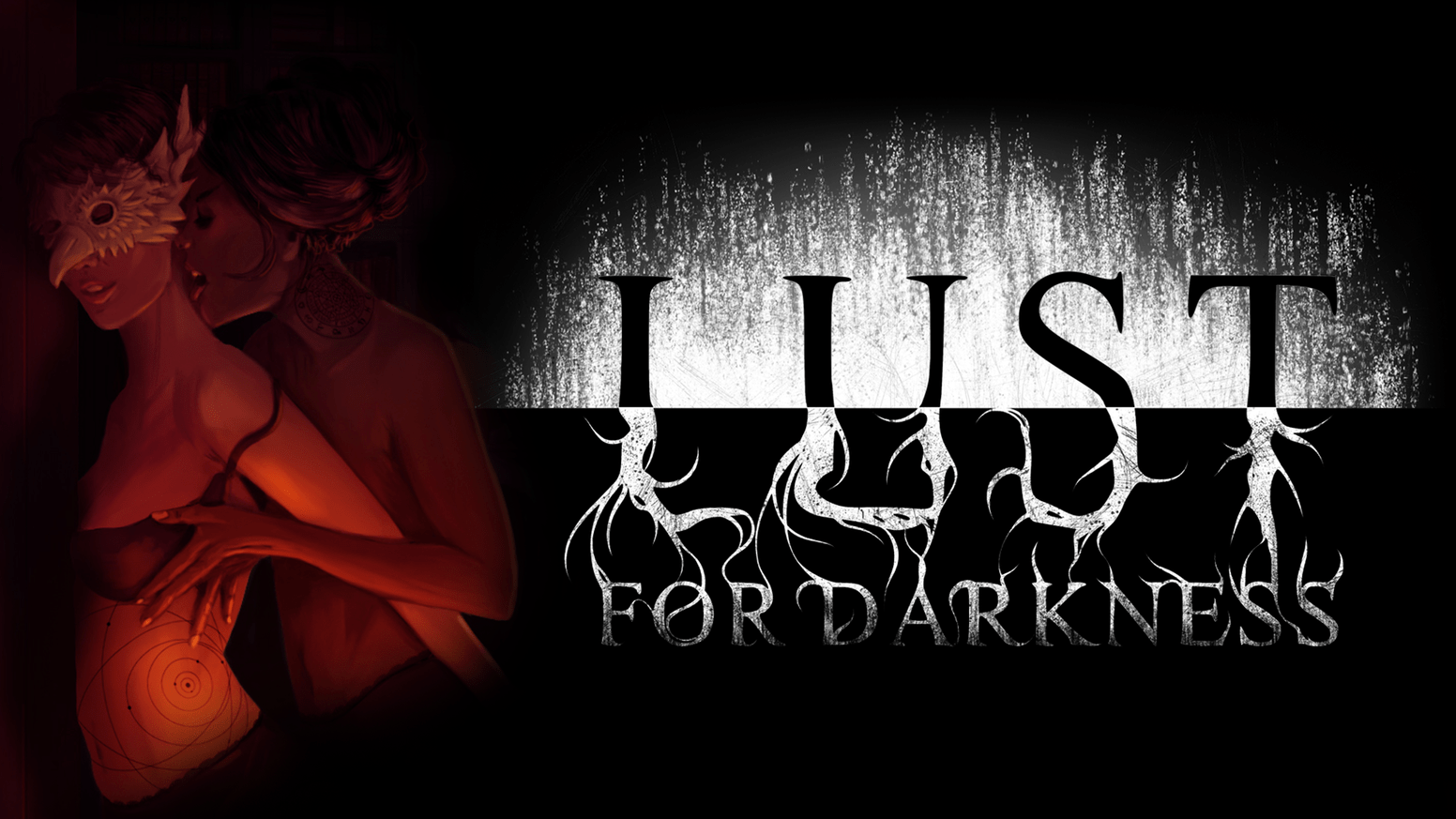 Movie Games Lunarium bring us Lust For Darkness, an immersive puzzle based story driven quest for …. well something. I don’t want to give too much away. So without further ado I shall don my strap-on and zip up my gimp mask ready for an adventure into the unknown. Maybe.

After a brief warning about epilepsy and a suggestion of ‘playing at night with headphones on for a more immersive experience’ you find yourself in a locked room. Incidentally, I didn’t play at night in a darkened room with headphones on. My initial reaction to that was F**k that. It was the sensible and recommended option for those who like peaceful sleep.

Movement is the standard mouse to look around and WASD to move around. Lust For Darkness has done something rather unusual when interacting with objects. You have to physically move them. Grabbing the door handle is simply not good enough. If you want to open that door you need to push or pull it as well. Pull out those draws. Open those cupboards. Is this realism a bit too much? Surely clicking on a door handle is a fairly obvious thing to do to open the door. Maybe there is an option to check for nerve agent and you want the door to remain stuck. Nope that’s not it, no contact nerve agent found in the game. I digress.

I awoke as a woman in a small cell. I picked things up, examined them, put them in my inventory, did the usual things. Escaped the room, escaped the basement, escaped from reality (I added the last one). All is going well then I passed out.

Cue the game starting again a year later but now I am a man. This was a bit weird. There are no dusty basement rooms, conveniently laid out candles or creaky wrought iron doors. I was in a new modern home and not a clue what I was doing. Time to explore. I picked things up, I examined them, I put some in my inventory. I got quests, I solved puzzles, I progressed through the game.

The concept of Lust For Darkness is nothing new, but nor are most games these days. Shoot the zombies, build an empire, drive the car, make the drugs bust. So what have Movie Games Lunarium done to capture our imagination? Well it’s all about creating an atmosphere. Nope, still not going to play at night with headphones on. The dark hallways seem scary just walking down them, the anticipation plays on your mind, what is lurking in the shadows? There are a few jumpy moments that some might say are unnecessary, but they are used to good effect to bring out the realism of being somewhere scary.

What about the actual plot? Well you work out what is going on fairly quickly. It’s a rescue mission. Find the love of your life and free her from having regular sex with strange men. Now I know that it sounds like she was sold into slavery and you are Liam Neeson coming to save the day. Well that’s not quite it. There is a mansion, there are cultists and there is a lot of sex. In fact sexual imagery is prevalent in Lust For Darkness. There’s a penis, there’s a vagina, there’s a cross between the two, I called it a pegina. Statues with their genitals on display, large breasted girls, and did I mention a lot of sex.

Explore different dimensions, follow the clues and immerse yourself in the world of the cultists that have sex a lot.

The plot is very liner in Lust For Darkness, literally getting one task at a time to complete. There is very little to figure out for yourself, it’s mainly finding things you need to complete tasks one at a time. The game isn’t meant to be challenging, but more of an interactive story of the hero and his wife. The atmosphere is engaging, and the story does hold your interest. Now, in the words of Salt n Pepa ‘Let’s talk about sex’.

Movie Games Lunarium have clearly put a lot of thought into the setting for their story, H P Lovecraft would definitely take an interest. Whilst there are not definite Cthulhu elements to the plot, it’s definitely a head nod in the Lovecraft direction. The imagery isn’t provided for the titillation of pubescent teen boys to giggle over, it’s setting the scene for the story. Sex was a big part of the masquerade circle allowing the rich to mingle with the less well off. Sex was rife at these parties and as such the game reflects accurately the times. Well maybe not everyone at a regular masquerade ball would prance around in just a mask looking for their next sexual partner, but when you only invite those people it is bound to happen. Lust For Darkness has tried to remain tasteful yet crude, it is a fine line to walk and whilst they might stray from it a couple of times I would consider it a job well done.

The pace of the game is a little slow, there are not enough puzzles to complete, in fact the game plays like an interactive walkthrough. Nothing is really too challenging. Hold shift to run to save some time.

Lust For Darkness sets out goals to achieve, realism and authenticity are required to create an immersive story. The graphics unfortunately do let the game down in certain areas, but they are also very good in others. The characters are not bad, but not as realistic as I would expect in this day and age. The alternate dimension was confusing, was it water, wet stuff, or metallic flooring. There was no reflection of the main character in mirrors, there was no shadow either. Was I really there at all? There was a lot of generic graphics, bookshelves and cabinets were my favourite. You could pick up most items and examine them closely. There were a lot of cups, a lot of drinking went on in this mansion. I would have liked to have seen more variety and less repetition. Examine all the statues closely, both in the alternate dimension and the mansion.

Lust For Darkness is very well done in it’s construction. It plays very much like it is the start of something much bigger and I hope that Movie Games Lunarium keep up the good work. There are areas where the plot is a little weak, for instance the conversation between husband and wife seemed a little unrealistic, but in the circumstances it’s hard to imagine how it would really go. Lust For Darkness is a play once experience, then file away. Whilst I don’t see the game having much longevity, I hope that we get more from Movie Games Lunarium in the future, maybe a less linear chapter 2 is in the pipeline? More puzzles, a thicker story, and possibly alternate endings would add a lot to the experience.

Lust For Darkness has dawdled it’s way to a Thumb Culture Bronze Award.

Disclaimer. We received a code for this game to carry out this review. No sex toys were actually used in the creation of this review.