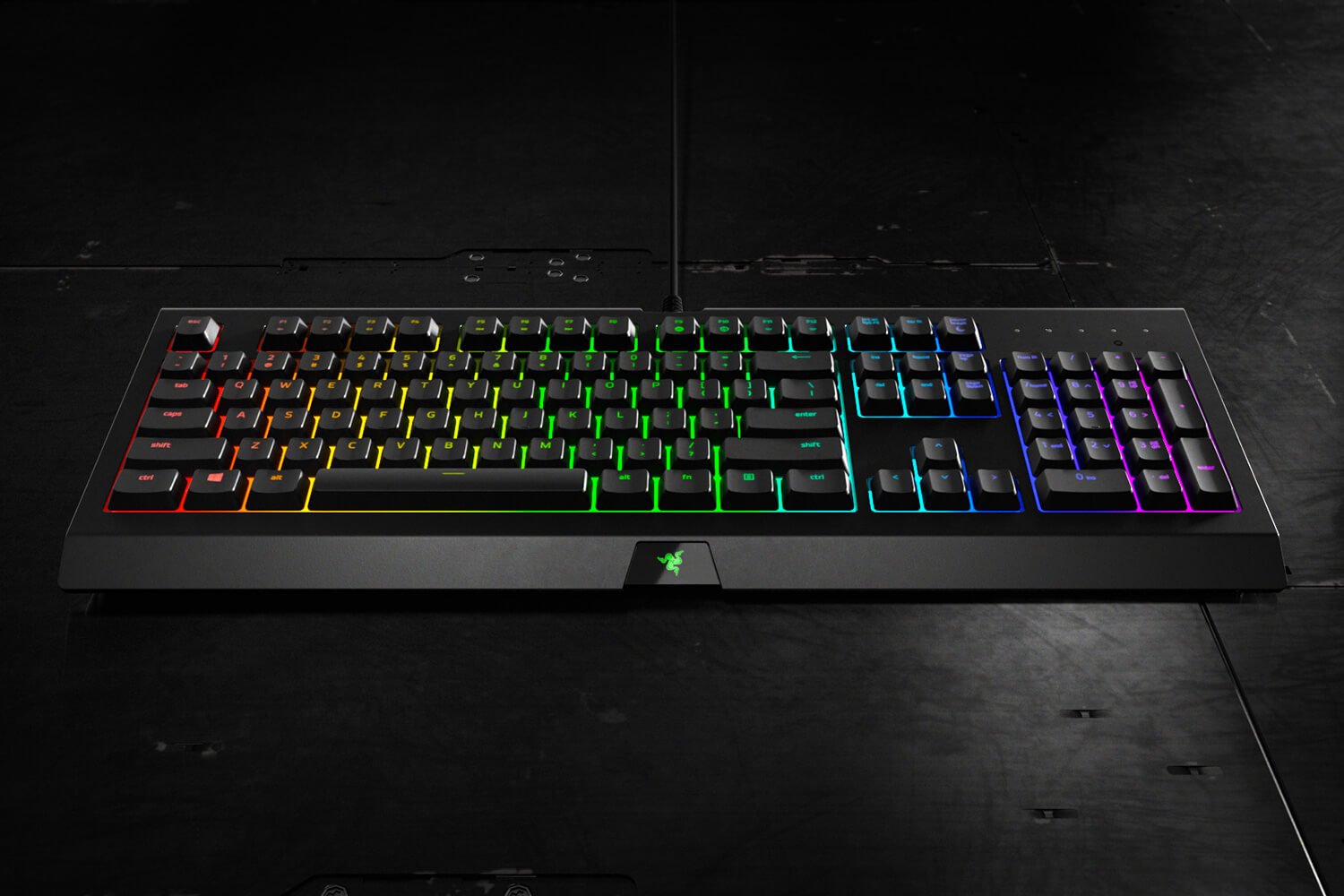 In a world dominated by which switches your mechanical keyboard has, and the aim to get the most accurate keypresses, it always amazes me when a company like Razer stays true to keyboards of old and releases a membrane keyboard. Yes a membrane keyboard, or to the lesser informed, a keyboard.

We received the Cynosa Chroma recently and we wanted to see if it could replace our current keyboard (Razer Huntsman – read our review here) and become our everyday keyboard.

The keys are the first thing that you would notice about the Razer Cynosa, they are really soft to touch, not harsh plastic, but almost got a slight velvet feel to them. They don’t click like the mechanical keyboard counterparts, but you can still feel when the key press has activated.

Each key is individually backlit using the amazing Razer Chroma technology, allowing me to sync up the Razer Naga Trinity mouse to change colour in time with the keyboard. The possibilities are endless, add to that the games that have been released which also feature Razer Chroma tech, allowing different colour sequences depending on in game action.

The keyboard itself is spill resistant, or at least it claims to be, you are a braver man than me if you pour water or any other liquid substance over your keyboard in the name of science. Although there are a few drainage holes on the bottom, so maybe a little spill here and there will be perfectly fine, however, if you do happen to pour that entire 1-litre bottle of water on your keyboard, I’m sure that Razer will either laugh or cry.

The Razer Cynosa claims to have 10 key rollover with anti-ghosting, now my only issue with the keyboard was when playing games using it, if I was running forwards for a long period of time, when I released ‘W’ my character would continue to move forward, and I found this to be the case in all games that I tried while playtesting the Razer Cynosa. Now, this unfortunately for me is a deal breaker when it comes to gaming on this keyboard. Which is a shame because it performs so well in pretty much all other areas it was used in.

Using the keyboard as a standard typing keyboard was an absolute delight, the light and quiet keys meant that those around me were not constantly bombarded with clickety-clack noises as I typed at over 60 words per minute.

While making use of the keyboard to carry out video and photo edits was as much as a joy as the standard usage of the keyboard, its just such a massive shame that the keyboard fell down on probably the one factor that you are more than likely purchasing this keyboard for. Now I am not sure if it was my settings or what, but the keyboard was in game mode and it still did the same thing.

Thankfully I have a USB hub so I have both the Hunstman and the Razer Cynosa plugged in, so when just doing standard daytime stuff, the Cynosa is in charge, however a quick move around and I am game ready with the Huntsman!

Disclaimer: We received a keyboard sample to carry out this review