Ahoy there land-lubbers!  Come take to the seas with me as I explore the mmo that is World of Warships Legends by devs Wargaming.  Having originally been released on PC back in 2015 it is finally out on Xbox1 and PS4, and better still it is free to download and play! 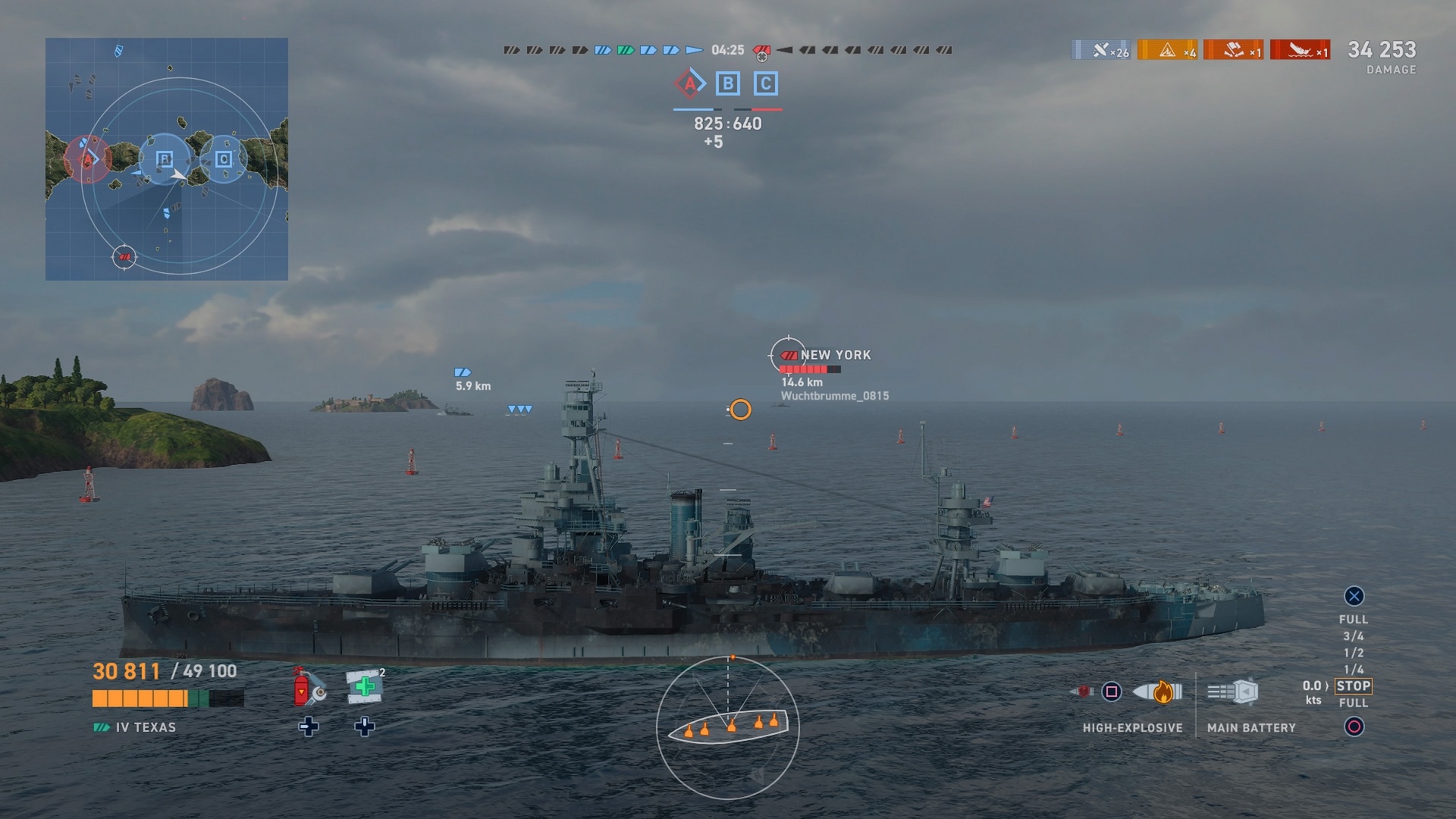 Anyone here who has played World of Tanks will roughly know what to expect with World of Warships Legends as the systems they use are very similar, however, when it comes to tactics it is very different to play.

The main menu lets you either play a match either against bots or humans; check out your ships as well as browse and unlock new ones.  You can undertake a campaign to receive additional rewards and finally, there is the store where they are hoping you will make deposits of gold in order to quickly facilitate your rise to Fleet Admiral.  Me being me, I just dove straight into a match against humans.

Aside from the obvious (you are battling on water), one of the hardest things to do is hide your enormous 600ft aircraft carrier, let alone manoeuver it.  On my first game, an epic 9v9 battle, I literally put my ship into full speed ahead and tore towards the enemy, as you would in most combat games.  I got my ass handed to me fairly swiftly as I was blown out of the water by the enemy.  Disgruntled I returned to the shipyard and chose one of my other remaining ships and tried again.  This time I moved slowly and ensured that I was watching everything that was happening around me.  Depending on the class of ship you select from;  Destroyers, Cruisers, Battleships and Aircraft Carriers, this greatly affects how fast you can sail, how quickly you can turn as well as what type and range your weapons have.  How much punishment you can take is also another stat to watch out for depending on your gaming style. 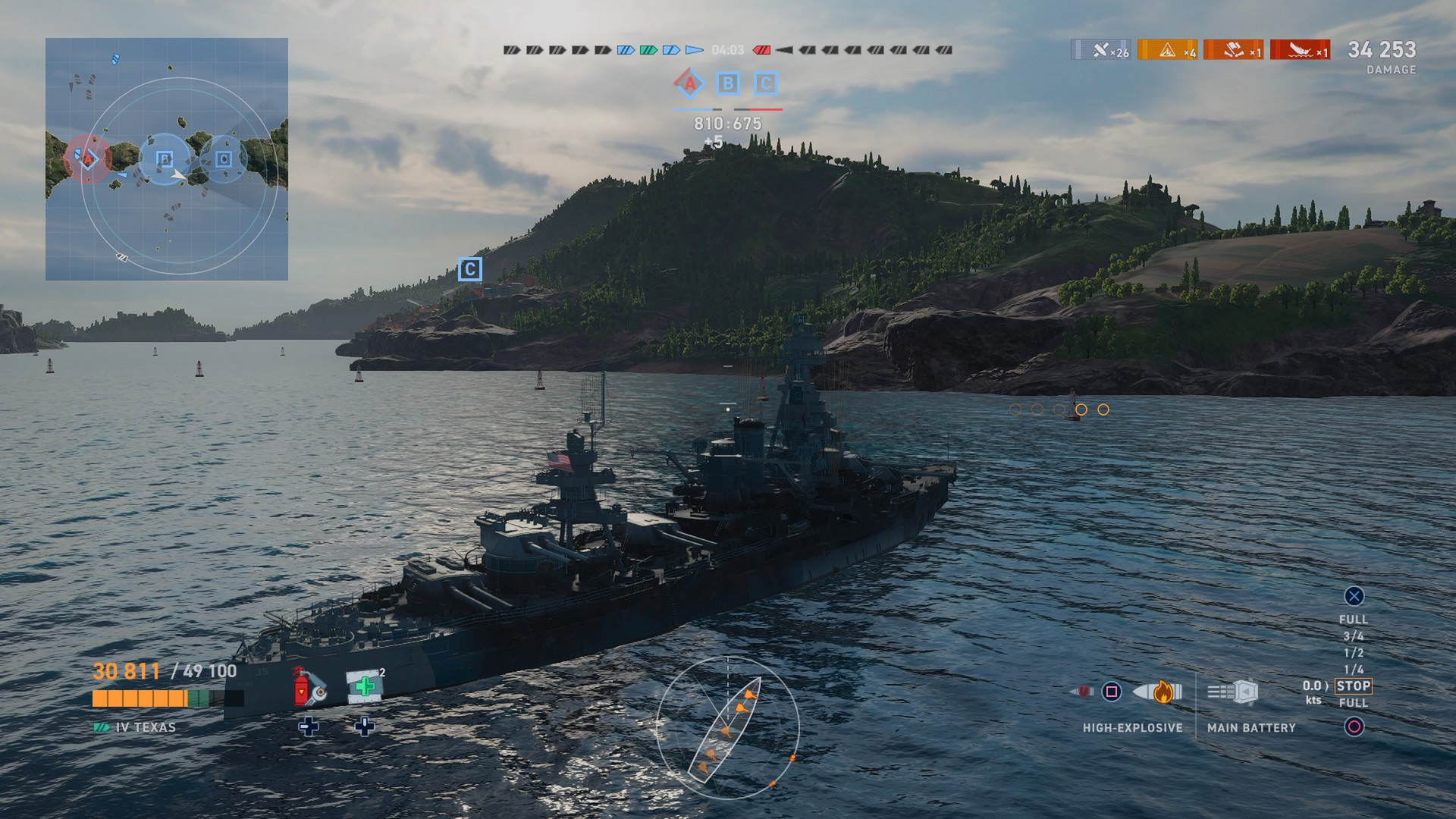 Hitting the brakes to prevent running aground (again)!

Ship-wise in World of Warships Legends there are historical vessels from the countries of the UK, USA and Japan to choose from, each with their own ship tree that is unlockable by achieving milestones using the ship before it.  Once the next ship is unlocked you use in-game currency, awarded from hitting achievements and doing well in battle to buy it, there is also the option to upgrade and select your loadout.  Each country has its own premium ship that can be bought using your real money that give you benefits such as extra upgrade slots, more credits and xp to be earnt from each battle and unique camouflage that grants certain combat and economic bonuses.  The choice is yours however, you do not have to invest if you don’t want to, just be aware that players that have will, for a time, have an upper hand on the ocean.

Combat is a calculated affair in that you must choose carefully when to fire your salvo of shells.  If you miss then you face a long cooldown as they reload the turrets, which can cost you dearly as you face the return fire.  As well as turrets you can also choose to select other weapons such as torpedos and aircraft to aid the cause and better protect your ship.  Should you get hit then you do have a fire extinguisher option to help put out any fires that will slowly deplete your health bar. 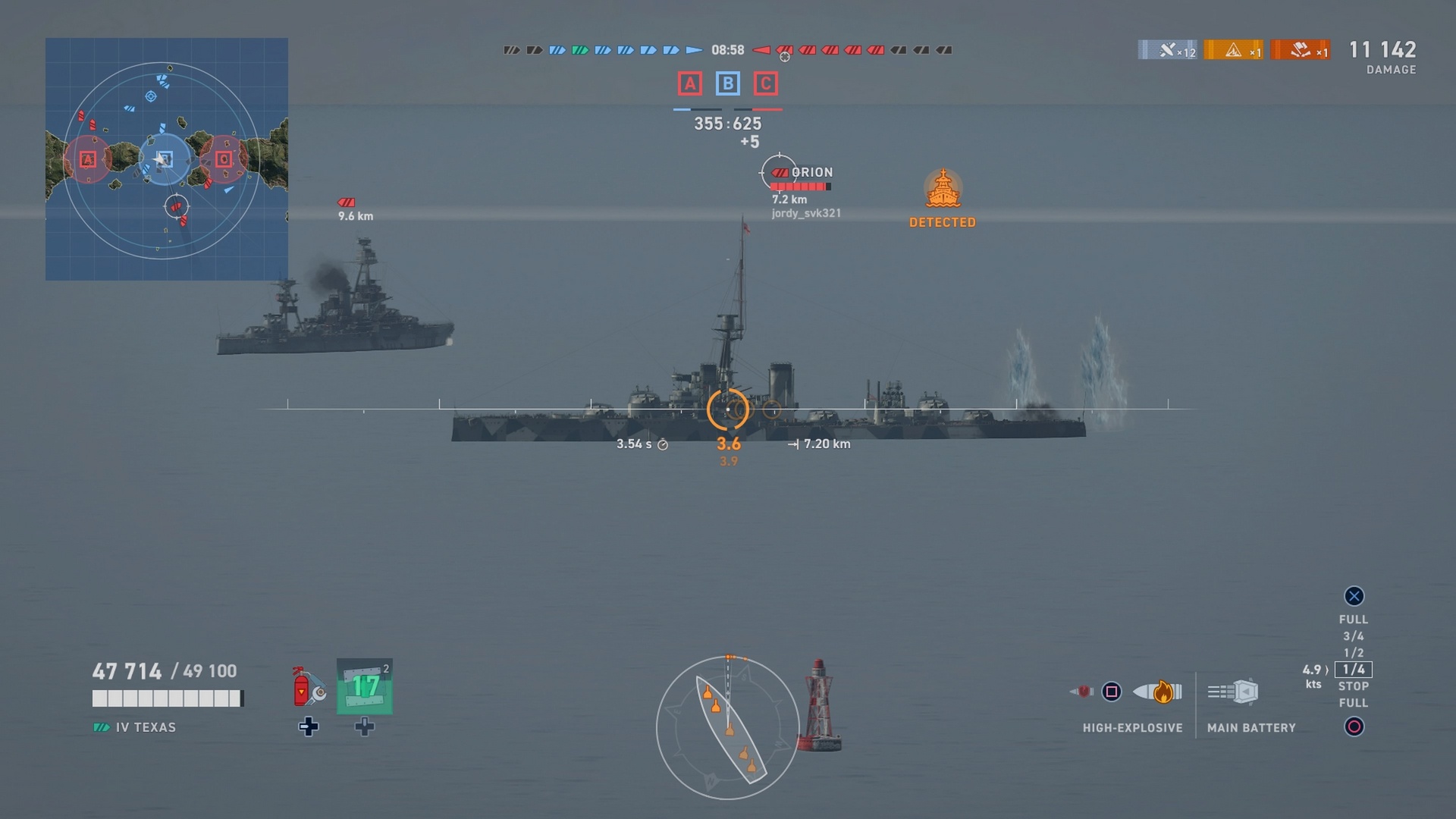 2 of my shots missing the moving target, the next 2 make contact.

Visually World of Warships Legends is pretty stunning with very highly detailed historical ships taking the forefront of the game.  The settings that you play in, the sea, looks real which believe me has been a bit of a challenge for some games that I have played!  The islands that you sail alongside, or into if you are too busy staring through the weapon sights, look green and bountiful although the real graphical delight you are waiting for is the connection of your shells with the enemy ship and the flames and explosions that then ensue!

The music accompanying World of Warships Legends is, as you can imagine, very naval sounding although at times within the menu the haunting panpipe sounding melody and occasional drum claps can make you think you are infact onhold on your phone to a call centre.

The sound effects are spot on when firing shells and taking damage, the bass really rumbled and immersed me into the game, aided partly by the vibrations in my control pad.  As with any strategic war game, a helpful assertive voice guides you to whether you can see an enemy ships as well as update you on key game events such as capturing points on the map. 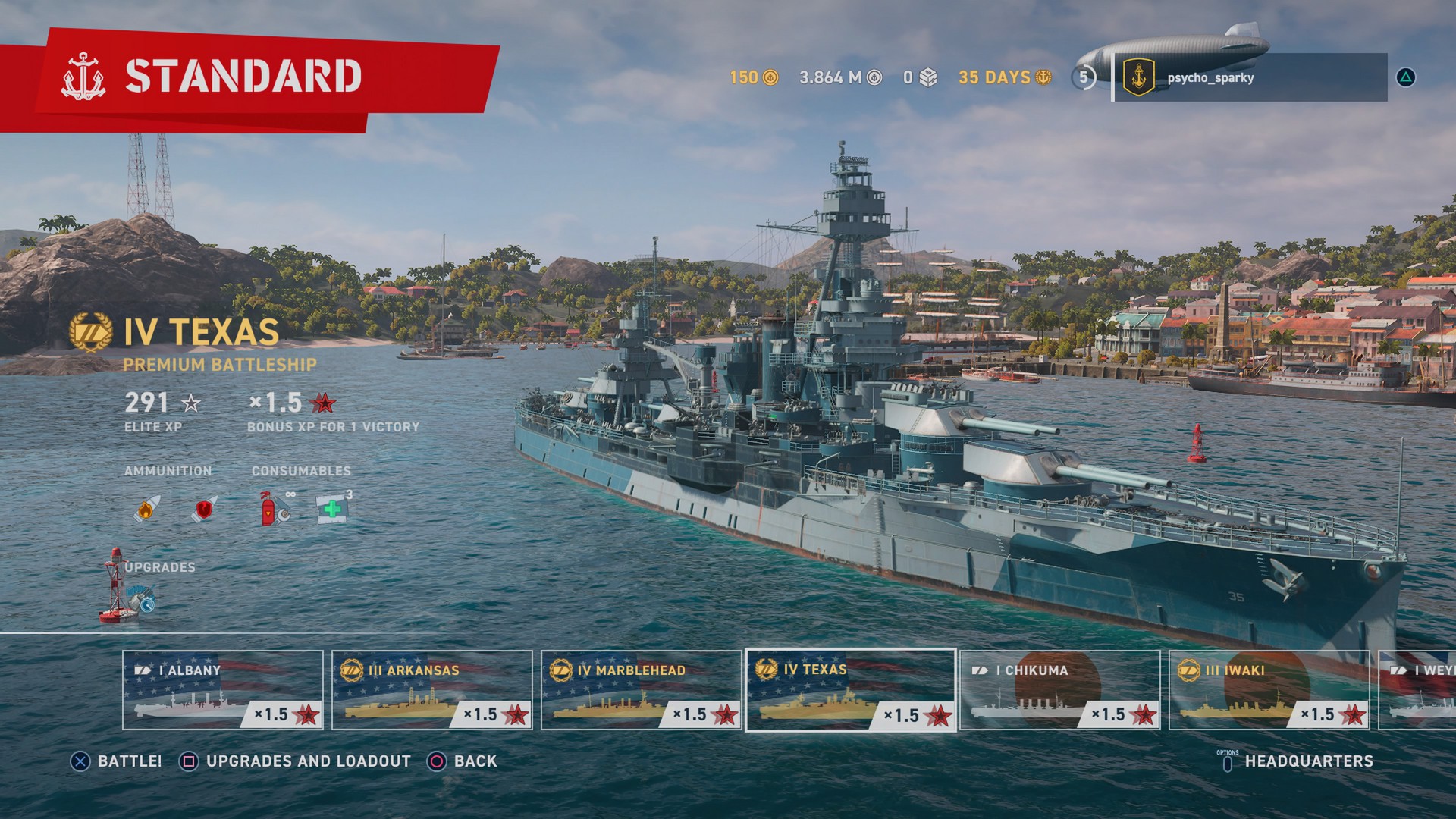 Premium battleships are fun, but not essential.

The real question is, do you enjoy naval battles? and also do you enjoy playing sims? World of Warships Legends is no arcade game when it comes to gameplay and you will be destroyed if you do not take your time to strategically plan where to go and when to pick your battles.

There are a lot of ships to unlock, each with their own strengths and weaknesses as well as a lot of temptation if you want to invest financially into the game.  Like I mentioned earlier, when it comes to using your hard earned cash in the store it is purely your choice, you do not have to do it although what you are buying are not cosmetic upgrades unlike some free to play games, these are actual boosters to help your game progression as well as bolstering your in-game currency to help you purchase ships that you have unlocked through playing.

Overall I enjoyed my experience although I found I needed to be in a very tactical frame of mind to take on World of Warships Legends as there is a lot to take on board and a lot of careful decisions to make when out on the water!  Happy hunting!