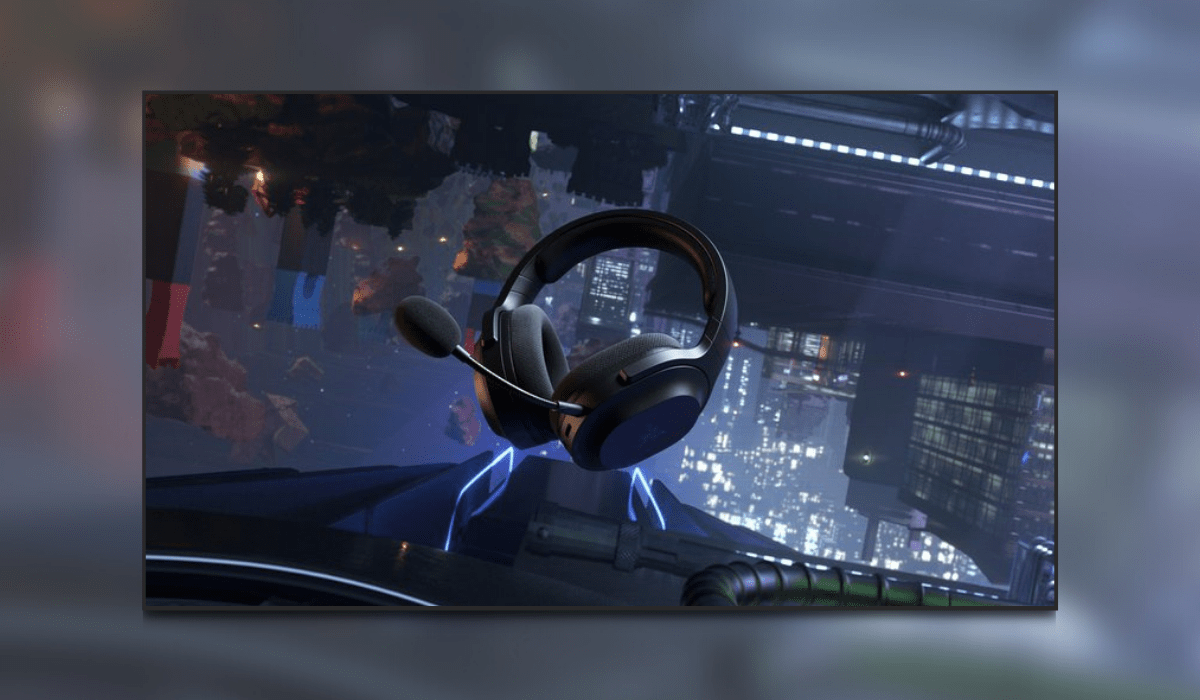 Razer releases headsets all the time right? Well not like this! The Razer Barracuda X is a powerhouse, it’s a design marvel, it’s quite simply… fantastic. I was lucky enough to get my hands on one of these straight after its launch and having used them for the past couple of weeks it has become clear that the Razer Barracuda X is more than a headset. It’s a lifestyle companion. Read on to find out more.

Do you use a Razer headset? Why not let us know which model down in the comments? Or better yet, tag us in a picture on social media!

What better place to start when talking about a headset than the design side of things. The Razer Barracuda X is quite simply, beautiful! Its sleek black design, with the razer logo embellished on each ear cup, gives off a nice subtle feel. There is no bright green as is tradition with a lot of the Razer headsets. This could be any headset from any other manufacturer. However, putting them onto your head and all feels natural and welcoming. The soft flowknit memory foam ear cushions just gently cradle your ears, along with its pressure-free fit you can wear these for hours. Which is handy with its 20 hours battery life.

All of the controls have been placed on one ear. With a single power button that doubles up as your control button. Give it a double tap and you will skip the song you are currently listening to. Or tap and hold to turn the headset into game mode! The Razer Barracuda X also comes with a detachable mic so that you can wear these out and about if you fancy taking them on the road.

All this sleek design would be nothing if the Razer Barracuda X sounded awful. Thankfully this isn’t the case and the headset actually performs fantastic. As part of carrying out tech reviews I have had the pleasure of checking out a number of headsets through the years, and these are definitely up there with some of the best. The smaller than standard 40mm drivers pump those awesome bass notes as well as the trebles straight into your ears. 40mm you might say… isn’t the standard 50mm. Well normally yes, but these 40mm drivers are something to listen to. Even the audiophile on the TC team had a listen and commented that they sounded great.

Playing games gave you great locational awareness and those triforce drivers make sure every sound is clear and crisp allowing for greater immersion. All for less than £100, what a billy bargain!

It goes without saying that generally, you will have these headsets on for potentially hours on end. You definitely don’t want to feel any kind of head fatigue when gaming and the Razer Barracuda X comes out with high praise in this instance! With the nice soft ear cups, you don’t get the ear sweats you can sometimes have from other leatherette materials. Then the cushioned headband allows them to just gently rest on the top of your head. There is a small amount of pressure but without that, the headset would more than likely fall off.

Having all the controls on the one ear cup also prevents any confusion that might occur when trying to mute the mic, or even adjust the volume whilst playing a game.

Now, this is where things start to get interesting. You want to know what devices you can use the Razer Barracuda X on right? Well…. pretty much anything. Bundled in the box are a number of cables that allow you to connect the USB-C dongle and then you have an instant connection with the headset. It’s really that simple.

Touted as being compatible with PC, Playstation, Switch and Android. You plug the dongle in, turn on the headset and you are instantly connected. However with the addition of the USB adapters to allow connection to a standard USB port you can even connect these to your Xbox. I even at one point gave it a try and plugged the USB-C dongle into my Quest 2 VR headset and away I went. Playing VR with the Razer Barracuda X! Having this instant wireless dongle does come with one drawback. There is no Razer Synapse support, so you don’t get the customisation that you might do with other more traditional headsets within the Razer Range.

This leads to my single bugbear of the headset. No mic monitoring. Now I can hear all the people saying that it’s not a big deal. However, I can get worked up and excitable when I play video games, and I’m sure my whole household does not want to hear me screaming down the mic. So I prefer to have mic monitoring on my headsets. If this isn’t a big deal to you then awesome, however, this literally prevents me from giving the Razer Barracuda X our highest award! So there it is the Razer Barracuda X headset in all its glory. High-quality audio once again from Razer!