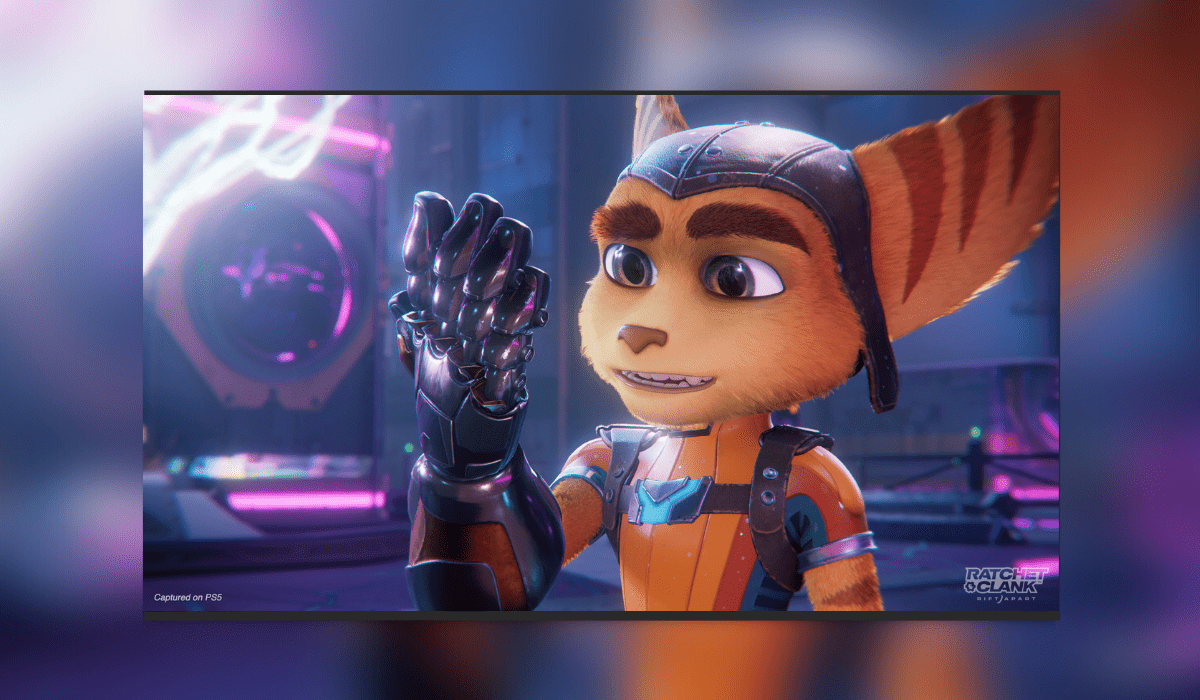 Insomniac Games have taken Ratchet & Clank to another dimension

Rift Apart has arrived and has smashed its way through all dimensions to land on the Playstation 5. I am a huge fan of the Ratchet & Clank series so jumped at the chance to write a review for the latest installment. Unless you’ve been out battling Sandsharks or Robomuts by now you must have seen at least one screenshot of Rift Apart. So you may be here knowing the game looks beautiful but want to know “HOW DOES IT PLAY??” …wait no longer.

Ratchet and Clank are both being celebrated for their heroism following the events of Ratchet & Clank: Into The Nexus. Clank has been working on building a “Dimensionator” as a present for Ratchet so that he can find other Lombaxes. These celebrations crashed by Dr Nefarious. Planning to steal the Dimensionator for himself. He wants to find a dimension in which he always wins.

One of the things that is immediately noticeable is how the PS5 handles the transition from dimensions, and even when you use the rift-tether to quickly navigate the map or during a fight give yourself some breathing space. The PS5 and the game handles it with ease. The times that there are flying bolts, explosions, and environmental details it barely breaks a sweat.

During the game you get to take control of several characters obviously Ratchet, Rivet and Clank are the ones that you will expect but you also take control of Glitch, a kind of antivirus character that allows you to clean computer terminals to give you access. Achieved by moving Glitch up/down walls and shooting the virus terminals. It completely makes sense in the game and the little LED-lit face of Glitch making Emoji style faces quickly makes her loveable.

Lastly, we have “Kit” by Ratchet is the dimensional equivalent to Clank. Both Kit and Clank have the same purpose, it looks like it has taken some inspiration from Lemmings and you need to make a path for the constant stream of virtual clanks to the end of the nexus. The helper in this section is Gary who is the son of a character from previous titles you may recognise.

I have briefly touched on how beautiful the game looks, there are however 3 visual modes that are available.

Take a look at each of these modes and pick the one that is right for you.

3D audio is achieved by using a compatible headset like the Sony Pulse headset. This provides that extra boost for titles such as this as the ability to hear enemies around you brings gaming to another level

Ratchet & Clank: Rift Apart takes full advantage of the haptic feedback of the triggers allowing different shooting modes depending on how the weapon used. When Rivet is typing at a console, you feel every keypress. All of these little things help to immerse the gamer into the world.

The game’s Photo Mode has a wide range of options for you to create a masterpiece with.

Whilst Rift Apart isn’t the longest of titles that will be released this year, it is an enjoyable 10-12 hours. It feels the right length for the story and isn’t dragged out longer than needed. Optional side missions and collectibles can push this up to 20 hours. It is worth noting that you can achieve the platinum trophy in a single playthrough.

Upon completion, you get the option to go back to just before you start the final mission which allows you to go back and finish off anything. You also get a Challenge mode which is a harder difficulty but strangely there are no additional trophies for this completing this mode.

Insomniac Games have pulled out all the stops to create an obvious Game of The Year contender, with loveable characters and their alternate dimension counterparts. Ratchet & Clank: Rift Apart simply allows you to enjoy every second of the game. Even the NPCs like Mort and Jim provide humour throughout the game. I am sure I will finish off the platinum for the title over the next few days and will look at playing it again soon.

Rift Apart feels like you are playing through a Pixar movie the visuals are stunning, the humour is great and I will not be surprised with the number of awards this title will no doubt be receiving.