The year is 1995. Sega was gearing up to release their newest home console in the U.S., The Sega Saturn. Much like modern-day console launches, The Sega Saturn only launched with a handful of games available. Some of them would go on to spawn hugely successful franchises, while others faded away. There was one particular game in the launch library however, that attained a near cult-like following and had a few sequels. That one game was Panzer Dragoon. Spawning several sequels on later consoles, Panzer Dragoon was a unique game, in that there wasn’t anything else like it on the market at the time for home consoles.

25 years later, thanks to developers MegaPixel Studio, Panzer Dragoon has been remade for the Nintendo Switch and published by Forever Entertainment S.A. as a timed exclusive on March 26th. Versions of the game will eventually be released on Steam and for the Google Stadia, but there’s no word on a release date just yet. Let’s get down to the nitty-gritty, and see what’s been improved upon for this high-definition remake of Panzer Dragoon.

The gameplay in Panzer Dragoon is fairly straight forward. It’s an arcade-style rail shooter. What this means is your character moves on a rail, and you’re given a crosshair to move around the screen to shoot at enemies and incoming shots. Originally the controls were very simple, due to the limitations of the Sega Saturn controller only having a D-pad, six buttons and two shoulder buttons. So you move the crosshair around the screen and shoot and using the shoulder buttons, you could rotate the camera angle to shoot enemies from all sides. You can also lock onto multiple enemies at once by holding the fire button. In the remake, they kept the original control scheme, but also added a more modern control option allowing you to use both joysticks, one to move and dodge shots, and the other to aim. This modern control scheme makes the game a lot easier, though you can only dodge when your camera is facing forward.

There are only seven levels to play through, however, throughout those levels, you’ll encounter big bosses, but the gameplay always remains the same. Given only a few continues, the goal is to beat the seven levels in one go. You can gain more continues from doing well in levels, but once you run out of continues you’ll have to begin again from the start.

The story in Panzer Dragoon is incredibly vague, and the game barely tells you anything. It opens with a cutscene of a small band of people on an unnamed apocalyptic world. One of the party gets split off after encountering two dragons with riders, fighting. He somehow forms a psychic link with a blue dragon, after the dragon’s rider is killed and the proceeds to follow the other dragon rider, to try and stop them reaching their goal. After that, there’s no other real lore to be had, without extra reading. While I was playing, I didn’t even get the main characters name. I had to go and read about the game to figure that stuff out. He was unnamed in the American release of the game, however, in Japan, his name is Keil Fluge. 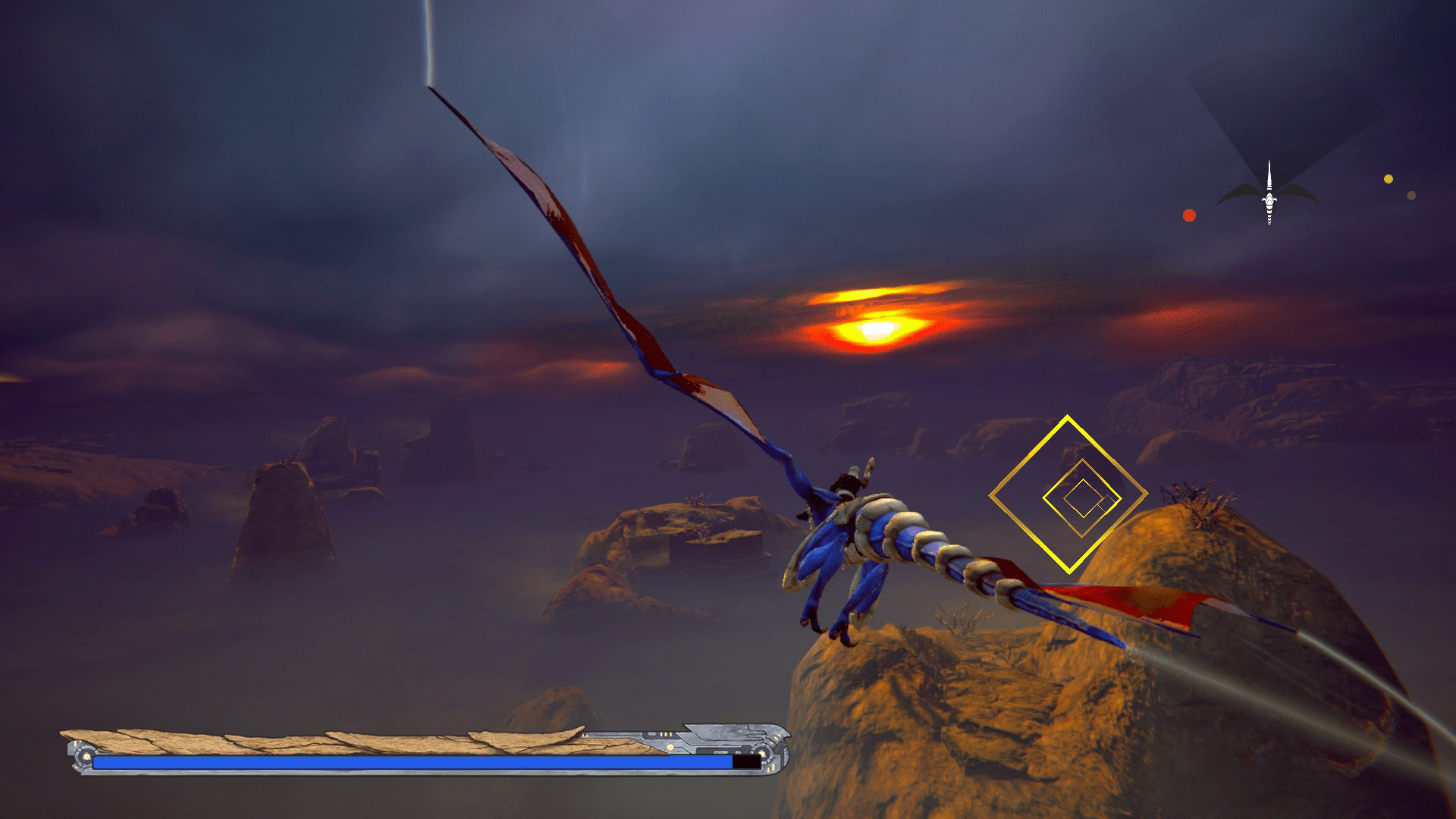 Catching a glimpse of the sunset during a calm moment before the action kicks off again.

Visually, Panzer Dragoon isn’t super impressive compared to some modern titles. It does look pretty incredible for a 25-year-old game that’s been remade, though.  Panzer Dragoon runs very smoothly on Nintendo Switch, both in handheld and docked modes, and I encountered no graphical bugs or frame rate issues while playing, making for an overall pleasant experience. Panzer Dragoon includes an added photo mode, so you can get some cool screenshots. 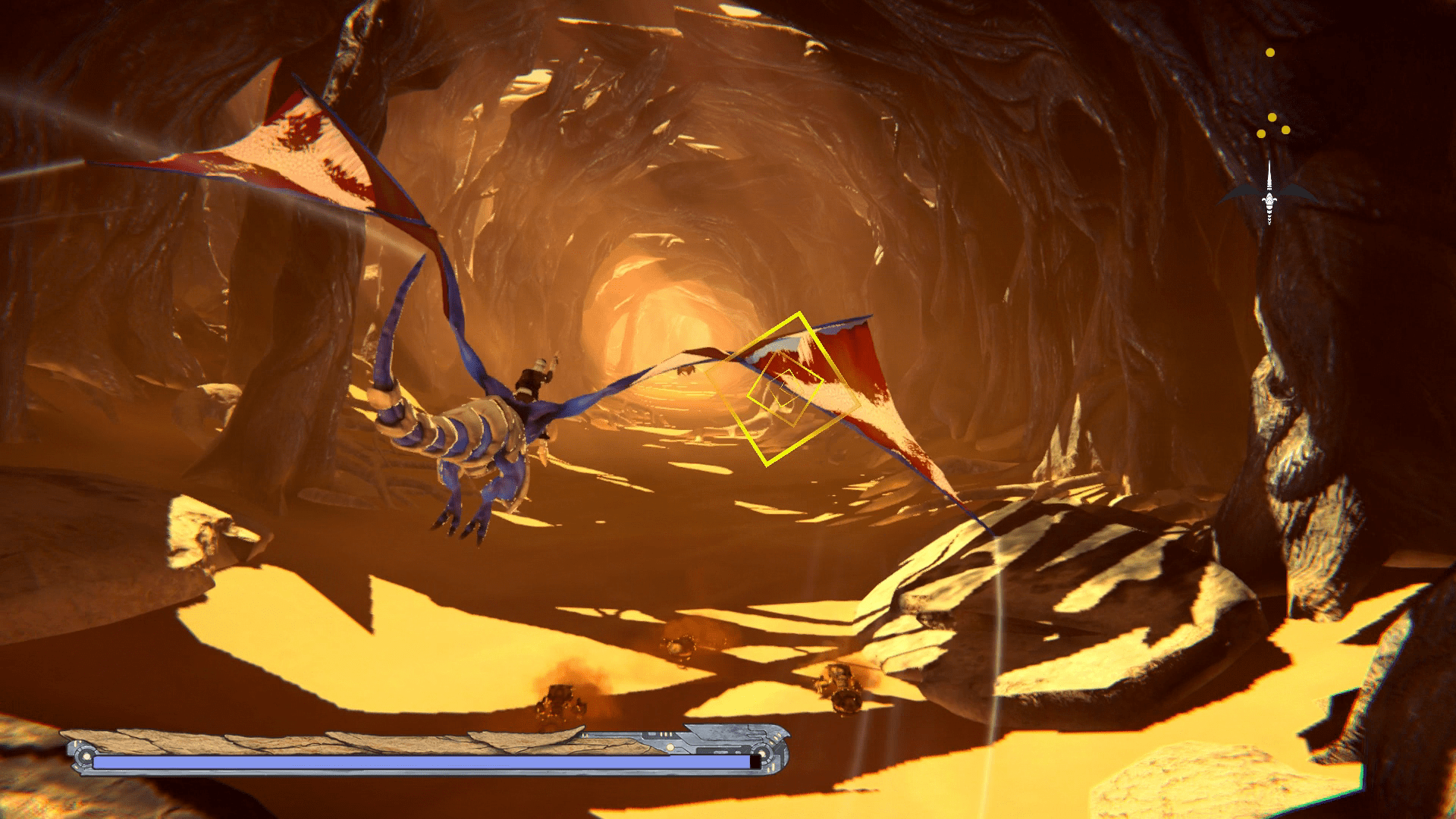 I had to be wary coming through these caves as there was stuff jumping at me from every angle.

The music in Panzer Dragoon is a nice mixture and a little all over the place, from strings and brass instruments to hard-hitting electronic beats, the music simultaneously adds to the feeling of wonder and the hectic nature of dodging shots while shooting back at enemies. 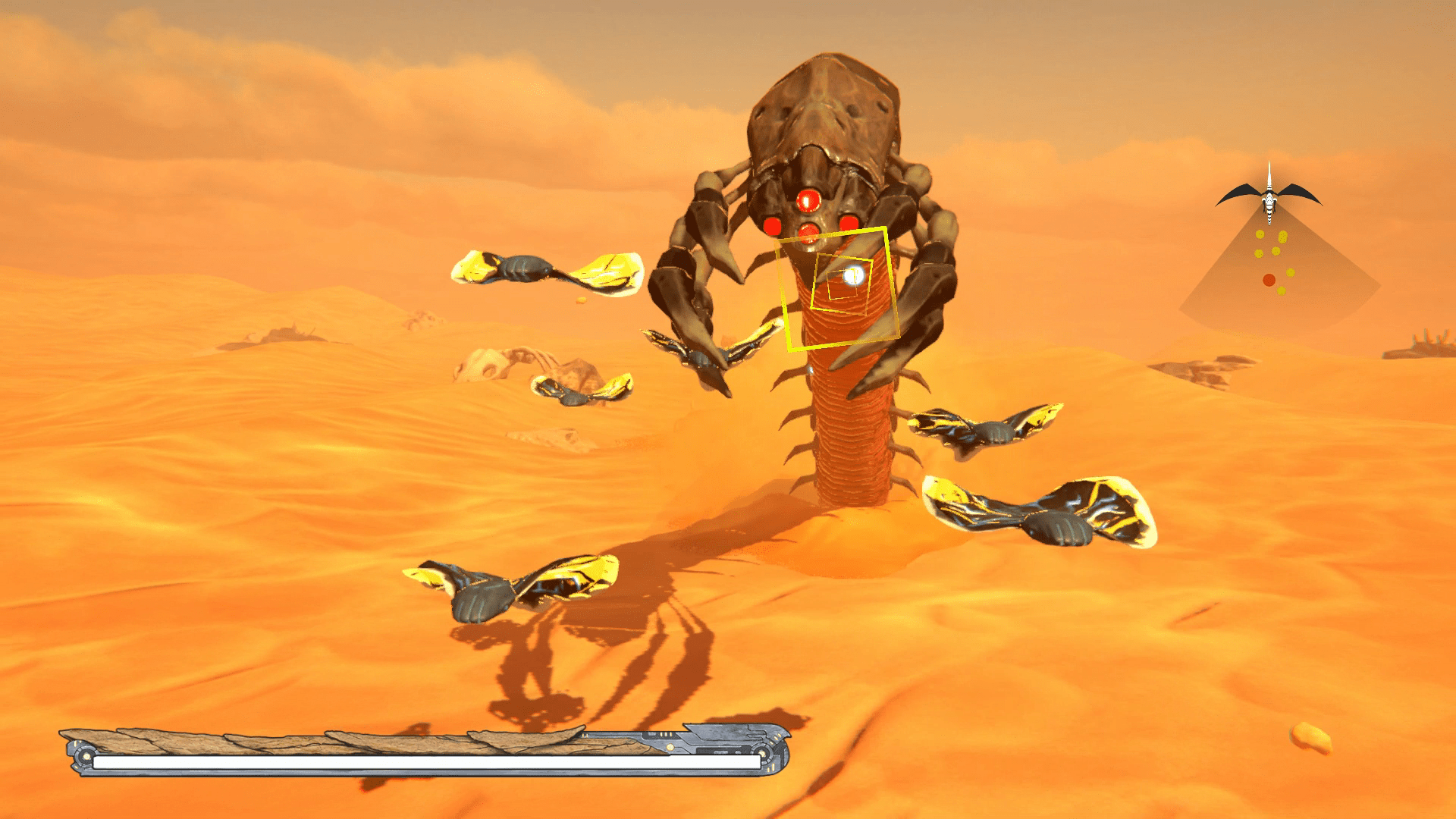 Giant Sandworms don’t like that I’m in their neighbourhood

There isn’t much longevity to be had in Panzer Dragoon. Each of the seven levels only lasts 5 -7 minutes, meaning you can easily beat the game in under an hour. The only way to get more gameplay than that, would be a hardcore Panzer Dragoon fan, and try to perfect each level for a better score. While that’s not my jam, I can’t see myself picking it up again after playing it for this review. 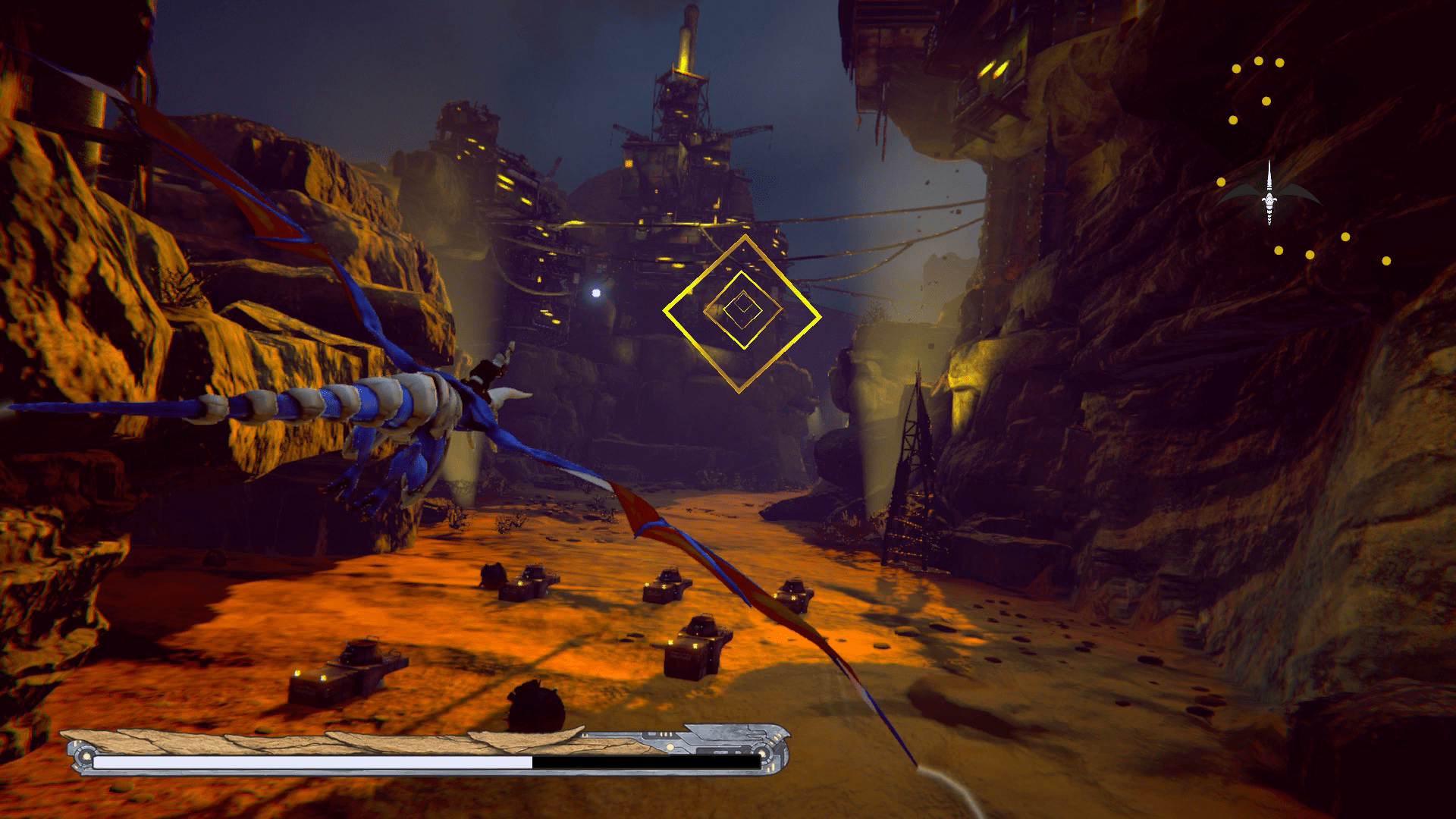 Flying through a chasm to attack an enemy stronghold

Panzer Dragoon is a decent game, albeit a bit too short for my taste. It looks great and has a great soundtrack, but I feel like it just lacks content. I like the upgrades the devs have given it, I just wish they’d gone a bit further and done this as a remade set of games, including Panzer Dragoon Zwei, and Panzer Dragoon Orta. If this had been a trilogy remake release, it would have been incredible. Unfortunately, the first two games are being remade separately, so we’ll have to wait and see how the second one is when it comes out.