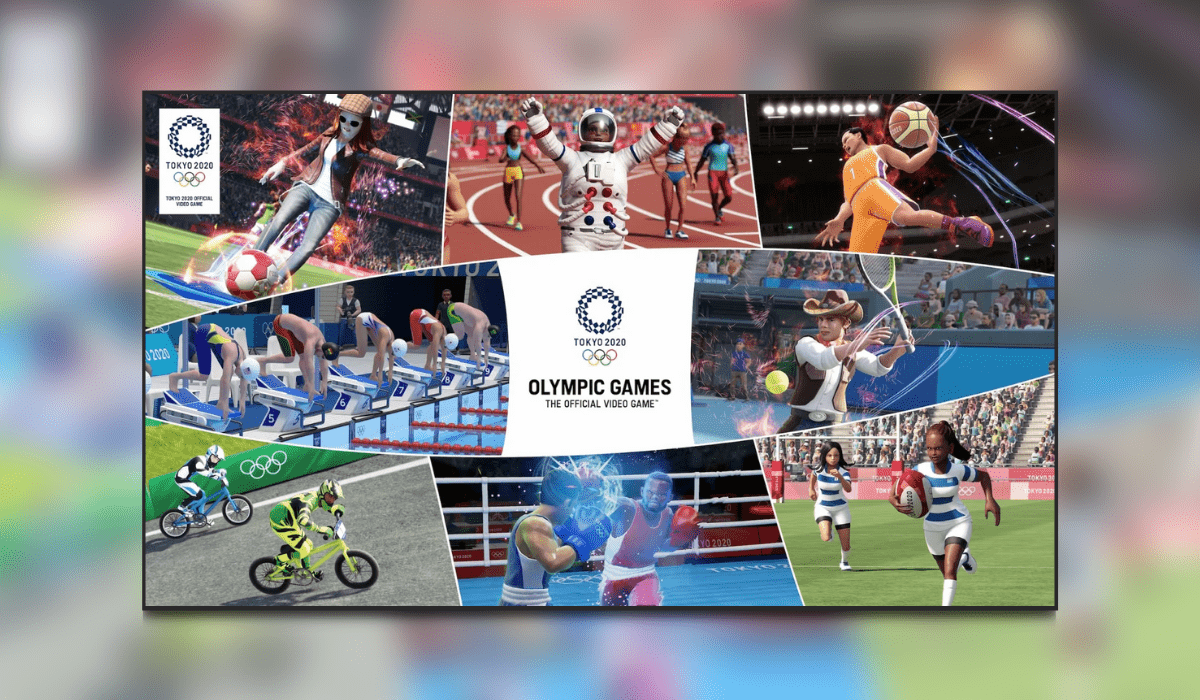 We’re used to games being released a year before their namesake. For example, FIFA 21 releasing in 2020, but rarely is it the other way around. Well, thanks to a worldwide pandemic this is exactly what has happened, in a way. The event still hasn’t happened yet but is still referred to as the Olympic Games Tokyo 2020, or as it is officially known, the Games of the XXXII Olympiad.

The game was originally released in Japan, for the PlayStation 4 and Nintendo Switch in 2019. But because of this pandemic, it never made its way to western shores…until now. Now things have calmed down a little bit, Olympic Games Tokyo 2020 has since been released to the rest of the world on June 22nd, 2021 on PlayStation 4, Xbox One, Nintendo Switch, PC, and Stadia.

Since Sega has developed and published, just like they have for the Mario & Sonic at the Olympics series, I have high hopes for this. The last time I played a sports game like this was Track & Field in the arcade, so I’m looking forward to calling my doctor to advise on what to do with my repetitive strain injury. Anyway, let’s dive right on in.

Have you played this game? Let us know what you thought in the comments below. Also, feel free to check out my other reviews and features here.

The actual Olympic Games this year is massive. Tokyo will host 339 events from 33 different sports. What we have with Olympic Games Tokyo 2020: The Official Video Game is understandably a lot less. Outlined below are the events you can compete in as one of 80 countries.

Admittedly it is a bit of a strange mix of events. There are some athletics staples missing for sure such as Javelin, Discus, High Jump, Triple Jump, and many others. This is unfortunate as it could have easily been implemented using the same control schemes of events that are actually present. At least you can play Tennis and Table Tennis as single and doubles though.

Since there is no career mode or anything like that, you can just jump straight into the events, or create your character if you wish. Character creation is very easy, just choose your basic character then go into a detailed edit. From here you can change characteristics such as physique, style, facial features, skin tone, you know, the usual stuff. It’s quickly apparent that the game is simply just a bit of fun and doesn’t take itself seriously, which is a breath of fresh air in a world where there is an emphasis on realism. If you want to paint your face like a cat, go for it! Want to dress up like a steampunk pirate or Sonic the Hedgehog? This is also possible with unlockable outfits.

Moving on to the events, these can be played single-player, two-player or you can take it online by yourself or with a co-op partner. What we have then are essentially a bunch of mini-games. The events themselves can be quite fun and aren’t particularly hard until you get to the final. As you play you will unlock hints which you can review in My Data on the main menu. These hints will give you the upper hand in events, for example holding L2 to get a small boost at the start of a sprint race, or leaning forward at the finish line to try and clinch victory. Basically, the more you play, the higher chance you have at getting a gold medal.

Some events are straightforward in their controls, yet some are unnecessarily convoluted and just leave you wondering what on earth you have to do. Additional to this there are ranked games you can take part in. These are events that take part at particular times of the day you can compete in and earn your place in the world rankings. The issue I had with online play was the lack of players. Hopefully, there will be more in time.

As I said earlier, the events are essentially mini-games, but there aren’t enough to call this a party-style game. Playing this alone can be a bit of a lonely experience, so definitely play with a friend. In fact, it is A LOT of fun competing on the couch with a friend. This is just pure arcade-style fun, so don’t expect any realistic physics.

On the subject of lack of realism, the same goes for the graphics, and that isn’t a bad thing. The characters’ cartoony visuals certainly don’t look out of place, on a Nintendo product anyway. Sega keeps it lighthearted with their oversized models and gaudy facial expressions.

Whether it be the grunts and groans on the tennis court or the crowd cheering you on, the sound department does exactly what it says on the tin.

Olympic Games Tokyo 2020 has that ‘pick up and play’ factor about it if you have an hour or two to kill. Unless you are playing with someone else, there really isn’t a lot more to it. Once you have played the events a few times and have all the hints unlocked, there isn’t a huge amount to come back for. Get some friends round, loads of beer, and play this game and you will be in for a good night though.

The gameplay is fun although a little short-lived. The visuals have a certain charm. While there is a good variety of events, there just isn’t enough of them. Lack of content aside, there is a lot of fun to be had here. I mean, who doesn’t want to win a race wearing nothing but pants and fluffy cat ears with the physique of Johnny Bravo? With its simple arcade controls, kids will find it easy to play. It was a close race, and it almost made it. Sadly though, Olympic Games Tokyo 2020: The Official Video Game won’t be bringing home a gold medal today.