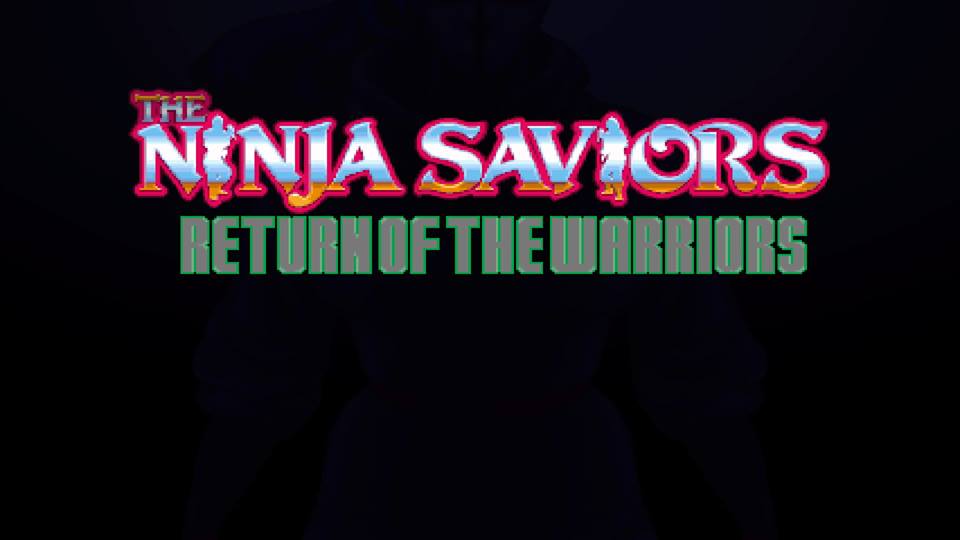 The Ninja Saviours: Return of the Warriors is a re-boot of the classic Taito Arcade game Ninja Warriors. The original came out back in 1987 and there have been ports on other platforms throughout the last 30 years, but none ever truly lived up to the original Arcade version (in my opinion).

This re-boot is based around the 1994 Super Famicom version called Ninja Warriors: Again

While trying to describe this game to some friends who had no knowledge of the original Arcade game, I found the best was to tell them to imagine Streets of Rage and replace the main characters with Ninja’s.

Almost instantly they knew what to expect from the game, however that did result in a few ‘oh it’s a rip-off of those games then?’ comments. In fact, Ninja Warriors came out first (Streets of Rage only came out in 1993). So, I quickly corrected this statement (with a backhand for being ignorant).

So, does Ninja Saviours: Return of the Warriors pack enough Punch to bring the arcade nostalgia right to your front door?

To give a brief overview of anyone who doesn’t know either the original or Streets of Rage (If you’re reading this and you fit into this category then you need to sort out your gaming experiences!!). Ninja Saviours: Return of the Warriors is split into 8 stages, each of which is a side-scrolling platform with enemies of varying strength coming to attack you from both sides of the screen. 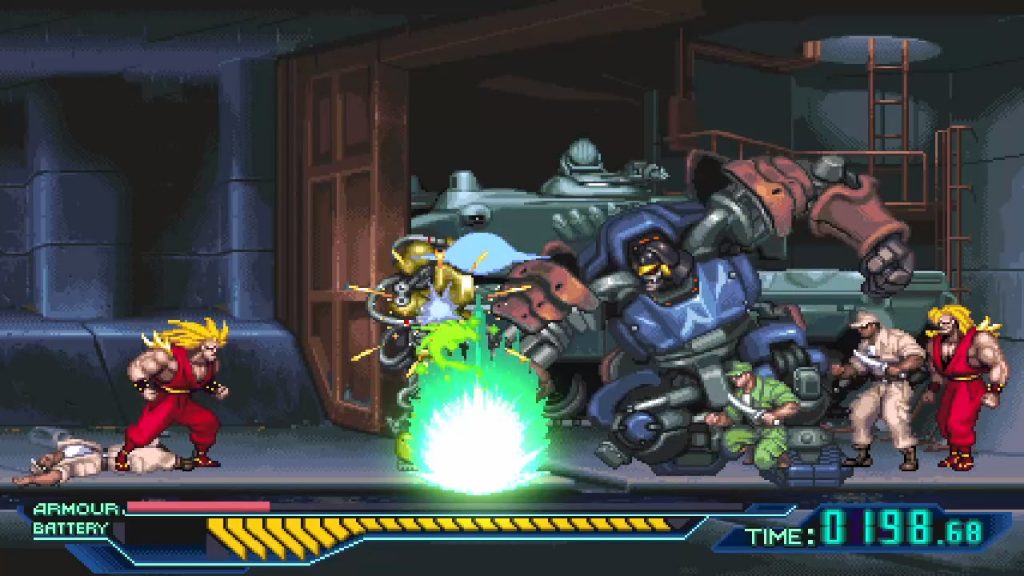 There are 2 difficulty settings, Normal and Hard. Regardless of which you pick the game itself isn’t that much different, you still only have 1 life bar (with no re-gen ability) and this life bar does not refill between stages. The main difference is just the volume of enemies that fill the screen.

The 3 characters from the original are there to pick from (initially), along with 2 more brand new characters that become available upon completion, each with their own unique moves and style. 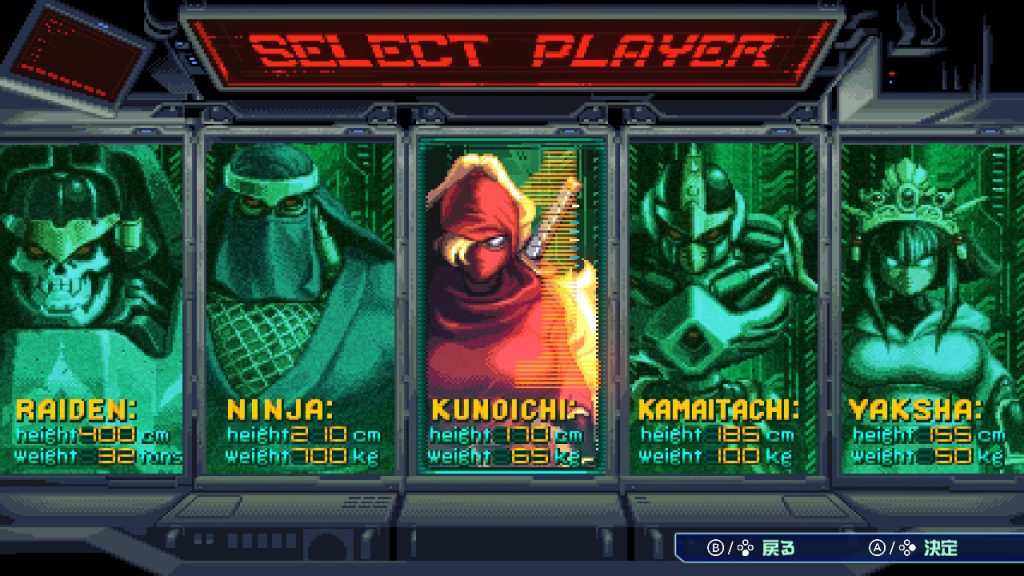 The controls are as simple as they would have been at the Arcade, simply 3 buttons (attack, dash/jump, special).

The other new addition is the inclusion of two-player co-op mode which was missing from the 94 Nintendo release.

Unfortunately for me this game didn’t hold my attention for that long before I felt like I wanted to play something else, this wasn’t really any fault of the game it was more the familiar feeling from playing so many games of this format that it didn’t really keep me gripped with a story or anything new.

Ninja Saviours: Return of the Warriors ran flawlessly and looked perfect throughout. But is that really saying very much to expect a 30-year-old game to play without issue on current Tech?

The biggest set back for me was the audio. Personally I don’t remember the arcade version well enough to instantly think of a soundtrack. But games of that era, and really for almost 10 years after were immediately recognisable by the music. Take Streets of Rage for example (just because I used that as a comparison earlier), as soon as you play the first few seconds of that theme everyone knows what it is and it gives you that nostalgic feeling. Unfortunately, with Ninja Saviours: Return of the Warriors there is pretty much no distinguishable music, just a very generic soundtrack and effects.

I think this will be a bit of a mixed bag depending on who is playing the game, I believe a casual gamer will probably become rather bored as there are only 8 stages and they aren’t really very long. However, I think fans of the arcade game will enjoy having it there to beat their best clearance times without having to connect a 20-year-old console to do it.

The trophies are somewhat mediocre and what you would expect from this type of game (clear stages, complete game in under ‘X’ minutes etc.). So, although they are there, I wouldn’t think it’s going to keep people playing for that much longer.

Ninja Saviours: Return of the Warriors is a nice addition to the PS4 library for fans of Taito, or really anyone over 35 that could remember the original or the Super Famicom version. The inclusion of the co-op mode will make it more appealing to play with friends.

Ninja Saviours: Return of the Warriors has earned the Thumb Culture Bronze Award, fun for a short play here and there but not a game to sink any real time into or boredom will strike from the shadows.