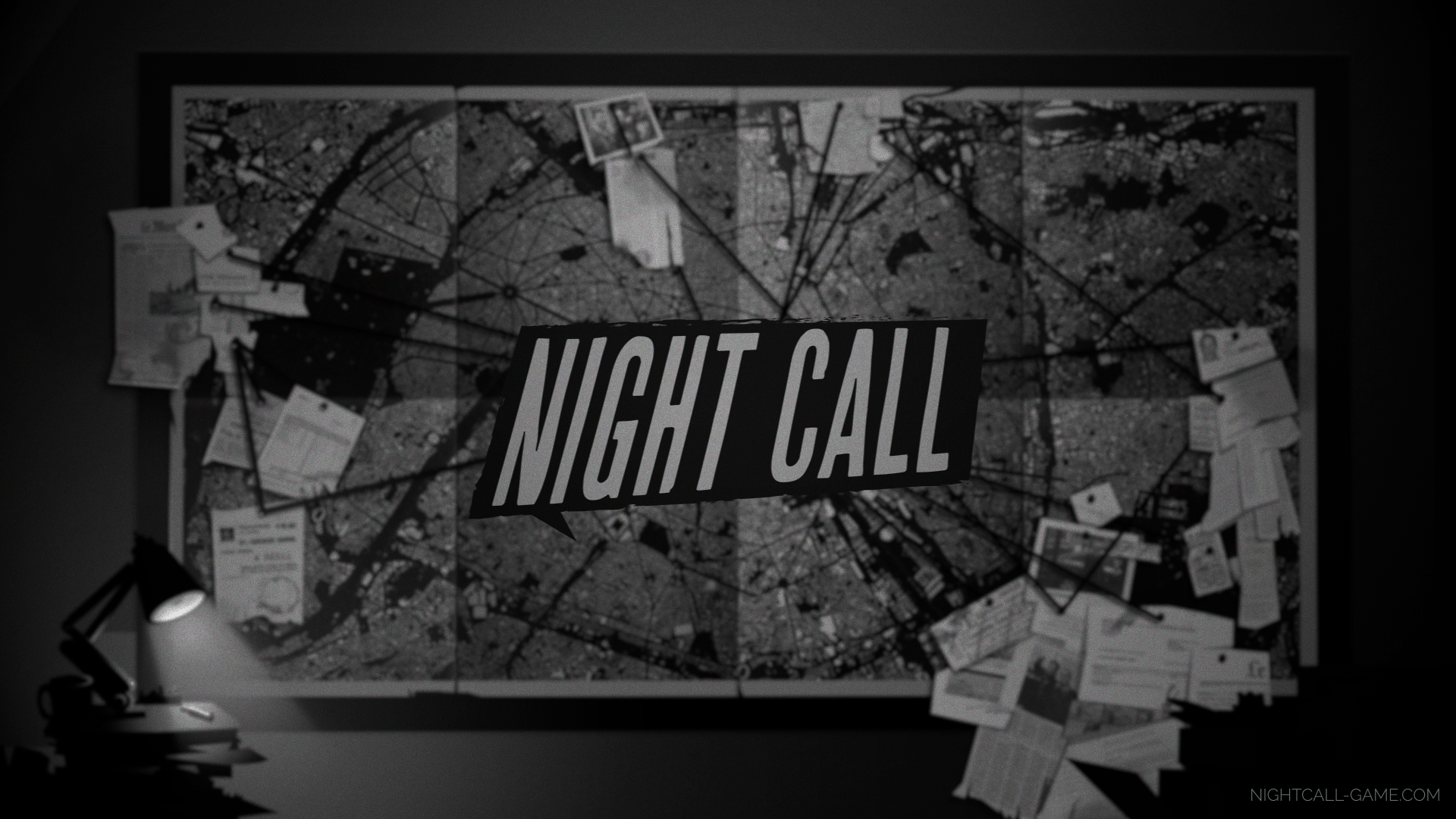 Night Call by devs MonkeyMoon SARL and artwork by BlackMuffin Studio is a narrative-driven film noir-style murder mystery thriller set in the city of Paris. The game has dropped onto the Nintendo Switch and Xbox today.  In Night Call you play the role of taxi driver, a burly character with a shady past, let’s get sleuthing!

From the outset, you wake up in hospital having suffered some kind of traumatic accident that has left you in a coma for a month.  It is revealed to you that you and your passenger were attacked by a murderer.  With your passenger dead, but you somehow still alive, you are blackmailed into assisting the police in an attempt to collect information from your fare-paying passengers to help identify the killer, or face prison yourself.  Your contact in the Police gives you a selection of suspects and it is over to you.

There are 3 investigations you can choose from and each time you play, the killer will change who they are as well as the criteria for each of the suspects.  I played through “the Judge”.

The gameplay in Night Call is very unique.  Each night your shift as a taxi driver begins and a black and white map of Paris appears.  From here you will see all of the available people, and erm cats, that want a lift to a destination somewhere in the Parisian area.  You choose who you wish to collect by moving the cursor and clicking onto them and it is not until you arrive where they are patiently waiting that you find out where you need to take them.  As well as the destination distance you are also shown how much the fare will be, something that you need to keep an eye on as you will need the money to pay your bills, top-up the car with fuel and also to buy other helpful items the deeper you get into the game.  Should you run out of money then the investigation fails.

As each journey begins, you see yourself and your passenger in the taxi in the lower half of the screen as the car begins to travel down the streets of Paris.  One of you will begin the conversation.  You have a selection of replies that you can choose from that will either win them over to open up about their personal problems or give out a snippet of evidence that may help you work out who the killer is.  As the conversation progresses you will notice that the top half of the screen shows the route progression of your taxi to the destination on the map, you, therefore, have a limited time to talk as little or as much as you need.  Any evidence of leads that you acquire are automatically available once you finish your shift and you return back to your flat.  It did feel that no matter how you may steer the conversation you would always get what you want from the passenger eventually.

When in the flat you once more have limited time to sift through the evidence files that you have received and the information lifted goes straight onto the pinboard below each suspect.  You can move the labels around on the pinboard to help tidy it up a little and also piece together your own suspicions with the unpinned pieces of paper however ultimately it is the AI that does this all for you automatically as new information is happened upon.

The narrative story in the Night Call plays out very much like the old “Choose your own adventure books” which I really enjoyed back in the day.  You are free to make your own choices in who you pickup and the paths of conversation that you follow.  I have been playing the game for a while and I can only hope that the decisions that I have taken have influenced how my storyline is playing out as I did feel a little bit as if certain events were happening regardless of what I was doing.  I have had all manner of people, animals and ghosts of the future in my taxi so far, some with beautiful stories and some with really strange ones!

Eventually, with your pinboard totally cluttered with pins and evidence for each suspect you are invited to say who the killer is.  I found this very hard to do correctly and if you get this wrong and accuse the wrong suspect then you fail the investigation.

The classic 2D black and white illustrations and after-hours setting of Paris really lend themselves to the film noir atmosphere that Night Call wants to create.  I felt on edge each time someone got into the taxi to see what they looked like and who they may turn out to be.  Graphically it looks and plays similar to a comic book, it is just missing the speech bubbles.  There are some nice static scenes that break up the taxi drive on occasion as well as blank screens when the taxi driver talks to himself.

The soundtrack to Night Call is haunting, making you feel alone and vulnerable throughout the gameplay.  There is no speech track to accompany the narrative, however, I did not see this as a big issue as it allowed you to read at your speed and for the music to gently play along in the background to your thoughts.

Night Call has around 12 hours gameplay to it if you want to go through everything that you can.  The way that each time you replay the investigation the killer and suspect criteria changes are a good touch for replayability however the story will always be the same.

Night Call is certainly an interesting game and I found the concept intriguing.  Talking to the customers was certainly the highlight of it and each of the characters brought with them their own unique tale that affected how I felt about them.  I guess this is how all taxi drivers feel!

I was a little disappointed that so much was seemingly already done for you such as going through evidence files. For instance, I had to hold down a button for a few seconds to search the folder and then after that some labels would appear onto the pinboard and the time of day would have advanced, sometimes not giving me any time to see what I have just found out.  Also, the pinboard needed to be much larger to contain all the information so that you could easily make sense of it.  It gets cluttered very quickly.

If you are into your black and white 2D artwork, enjoy solving crime mysteries and also loved the old “Choose your own adventure books” then this is certainly a game to pick up.

I give Night Call the Thumb Culture Silver Award.