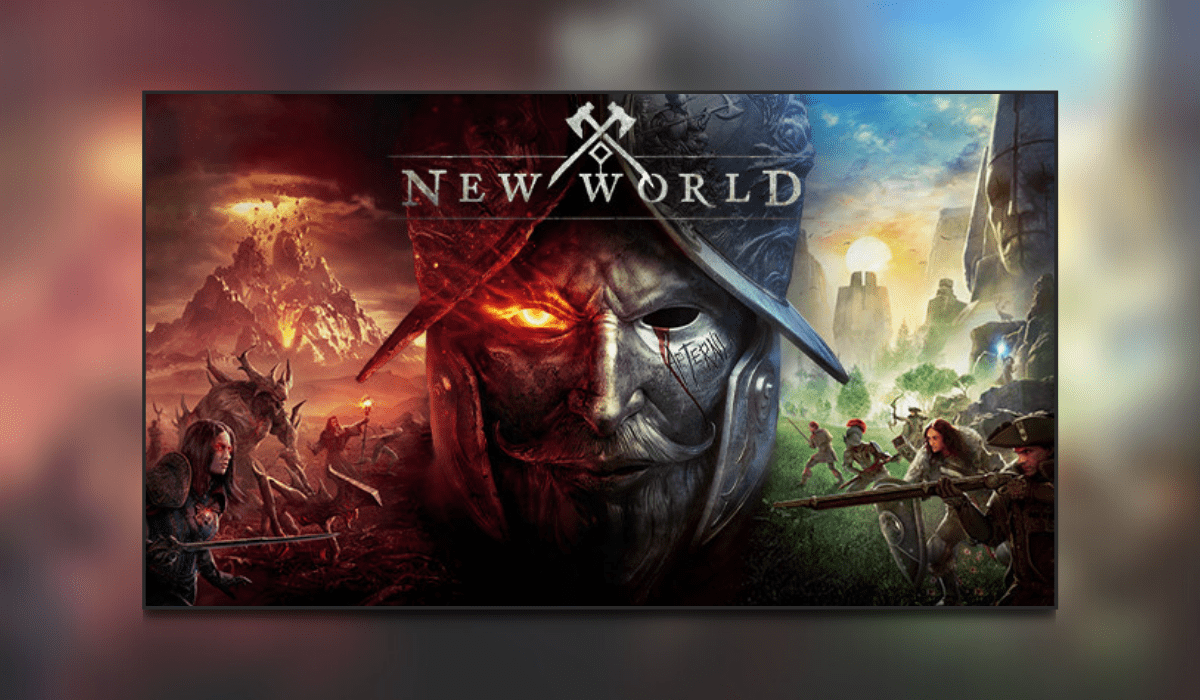 Here it is finally! We have New World by Amazon Games, After testing and betas, we can finally enjoy the MMO that everyone has been waiting for. Well, that’s if you can get into a server, anyone else love waiting in queues?

This IS the MMO you have been looking for!

I personally haven’t been sucked into the MMO world for a long time. The last time I actually spent a good amount of time on one is probably 10 years plus now. So I am extremely looking forward to seeing just how much I enjoy New World. Even Stu our Editor-In-Chief is on board and he usually doesn’t get caught up in the MMO scene.

“Having never really getting stuck into an MMO I was intrigued by what New World could offer. Needless to say, once I created my character and started exploring the world my fears subsided. The world is rich with enemies and wildlife and in some cases, the lines between those are blurred. If you are still on the fence about grabbing this and getting stuck in, just do it. Get into the world and try and get your favourite character name.” – Stu S, Thumb Culture

The game starts you off in what I could only class as noob central. Also known as the starter area where you get to familiarise yourself with a bit of storyline and more importantly the controls. Taking you on an adventure doing various quests, you gain the knowledge to start playing New World. From simple movement to weapon types and upgrading, you are thrown in at the deep end. From here you will then make your way to the first settlement. However, please note, you don’t always go to the same settlement. So it is possible you will start off at one a good walk from any of your friends.

So now you understand part of the story, the ship you boarded has crashed sending a crew to the dark side and your captain to the even darker. Most of your crewmates are now corrupted and you have to find the source of this evil curse. I won’t be telling any more of the story as I do not want to ruin the game for anyone, but you are in for an adventure.

On completing your start-up missions, you are then presented with 3 factions. These are your in-game character types. We have the Marauders, the Covenant, and last but not least the Syndicate. Each one with its own back story and character types, I personally opted for the pirates of the game, The Marauders. Each of the settlements is owned by a faction, and if you choose to do so, you can go to war and take over the map. Obviously, the stronger faction wins. Not only do you have an in-game open clan (so to speak), but you also have a Company. This is what most people in the MMO world know as Guilds.

“Since my preview of the Beta back in August, New World has come along leaps and bounds. Amazon Game Studios have put a lot of focus on server performance and reliability, and continue to introduce new servers to combat lengthy login queues. They’ve also introduced more PVE content, something players begged for during both the Alpha and Beta. Overall, I think New World has a solid foundation and I for one can’t wait to see how the game progresses.” – Mark, Thumb Culture

I have seen many MMOs with graphics that are quite poor, well I say poor. They aren’t poor, I just sometimes feel more could have gone into them. As much as I hate to say it New World looks stunning. On the highest setting, you are really in for a treat when you are in open lands. The textures look great and the game runs extremely smooth. Having said that, if you do go into a crowded area you will see a vast drop in frames. However, this is expected and does happen within most games. I imagine with time things like this will get better.

“New World has made it clear that there’s a definite space for a new kind of MMO in the market. While I’m really enjoying the crafting and gathering aspects of it, I’m wondering where the story is actually going. The faction quests so far seem a bit repetitive and it’s hard to tell where the main story progression is going to come into things. That said, it’s a beautiful looking game with enjoyable combat and character levelling system, and therefore a lot of potential.” – Ar, Thumb Culture

The audio is one thing Amazon Games had to get right otherwise the game would be annoying. There is nothing worse than chopping wood to annoying background noise. I know some people prefer to listen to their own music, but for me, I feel the game music is designed to immerse you. I can confirm that in New World the sound technicians have worked wonders with this. As for the sound effects, well just hear that chop into the tree and you know you have struck gold.

Does longevity even exist when it comes to an MMO? As most people are aware these can be an absolute time sink. You could (if you wanted but I don’t recommend it) put your entire life into the game. The replayability is never-ending if you have a continuous flow of friends and various levels within the game. Plus there is always the PvP element if you get too OP for the AI.

“I have so far found New World to be an enthralling and time-losing game to play. I absolutely love how you can decide if you wish to play PvP or PvE. With the busy family life that I lead, New World is perfect for jumping online for a little bit and carrying out some harvesting, crafting, trading and local missions. You are safe in the knowledge that you can more or less drop everything when required when real life happens.

New World is great by yourself however being in a company or even playing as a group allows you to venture further afield to take on the more challenging quests. I am looking forward to my first dungeon with bated breath! When it comes to graphics my 3060ti card seems to be on a right FPS rollercoaster when playing on high settings with 100fps outside of settlements and as low as 35fps when inside a town. I am sure this will get optimised as time goes on. It is certainly both a beautiful and a hungry game! I look forward to what the future holds as New World has captured my inner child and is providing a rewarding form of escapism!” – Jas, Thumb Culture

For me I have absolutely enjoyed myself so far, even traveling across the map to just die and start your quest over again has been fun. Each time just leveling your char that little bit more to enable you to reign supreme. I could also quite as easily lose myself constantly chopping the trees and harvesting berries, the little escape from the battle can be sometimes quite calming.

“After a twelve-year MMO hiatus, I leaped into New World last week, and I’m smitten. The varied, lush environments and atmospheric lighting make for an excellent-looking game. I find myself following a path to see what’s over the next hill, only to discover I’ve strayed into a high-level area where every nasty wants to be my new best friend. The real-time combat is more engaging than other turn-based MMOs, making grinding less of a grind. New World is already distracting me from my other favourite activities like sleep, and I imagine this will only get worse once I gain some levels and explore further into Aeternum” – Marc, Thumb Culture

Obviously, the game is new, the game is not perfect. I think when we revisit New World again after a few bug fixes and updates it would score higher than where I have put it on the board. I award New World a Thumb Culture Gold Award.