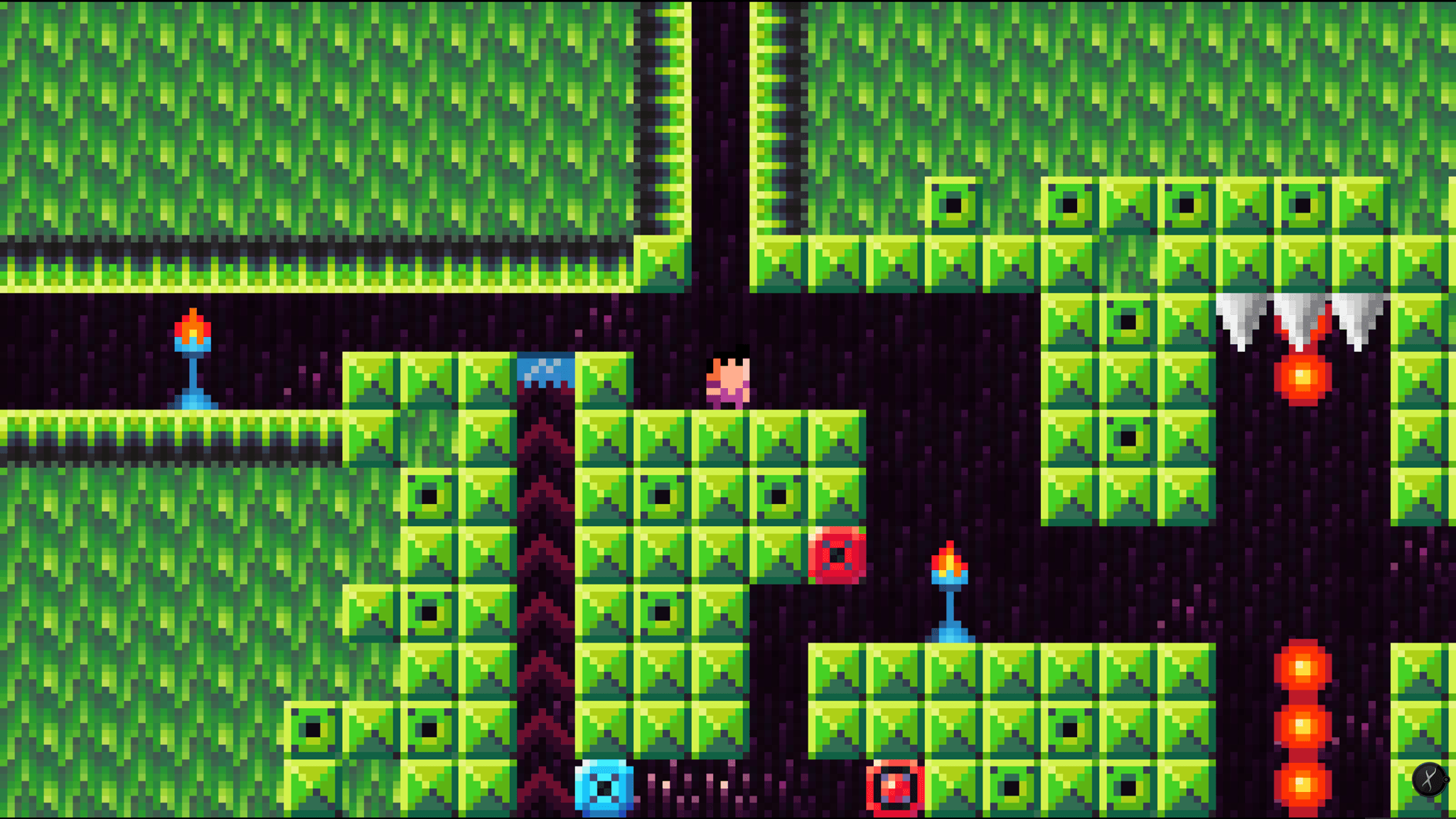 Necrosphere is a platform game developed and published by Cat Nigiri. This indie game already has three rewards under its belt from Brazil’s Independent Games Festival 2017. These awards are Best Brazilian Game Finalist, Best Gameplay Finalist and Innovation Finalist.

Necrosphere is a lightweight contender weighing in at 400mb with the Deluxe Edition. The story is kind of cool too. You play a character named Agent Terry Cooper who has died and entered the Necrosphere, which is the place where everyone goes when they die. While in there he discovers that there are portals to Normalsphere. Which, yes you guessed it. That’s the name for the living world. 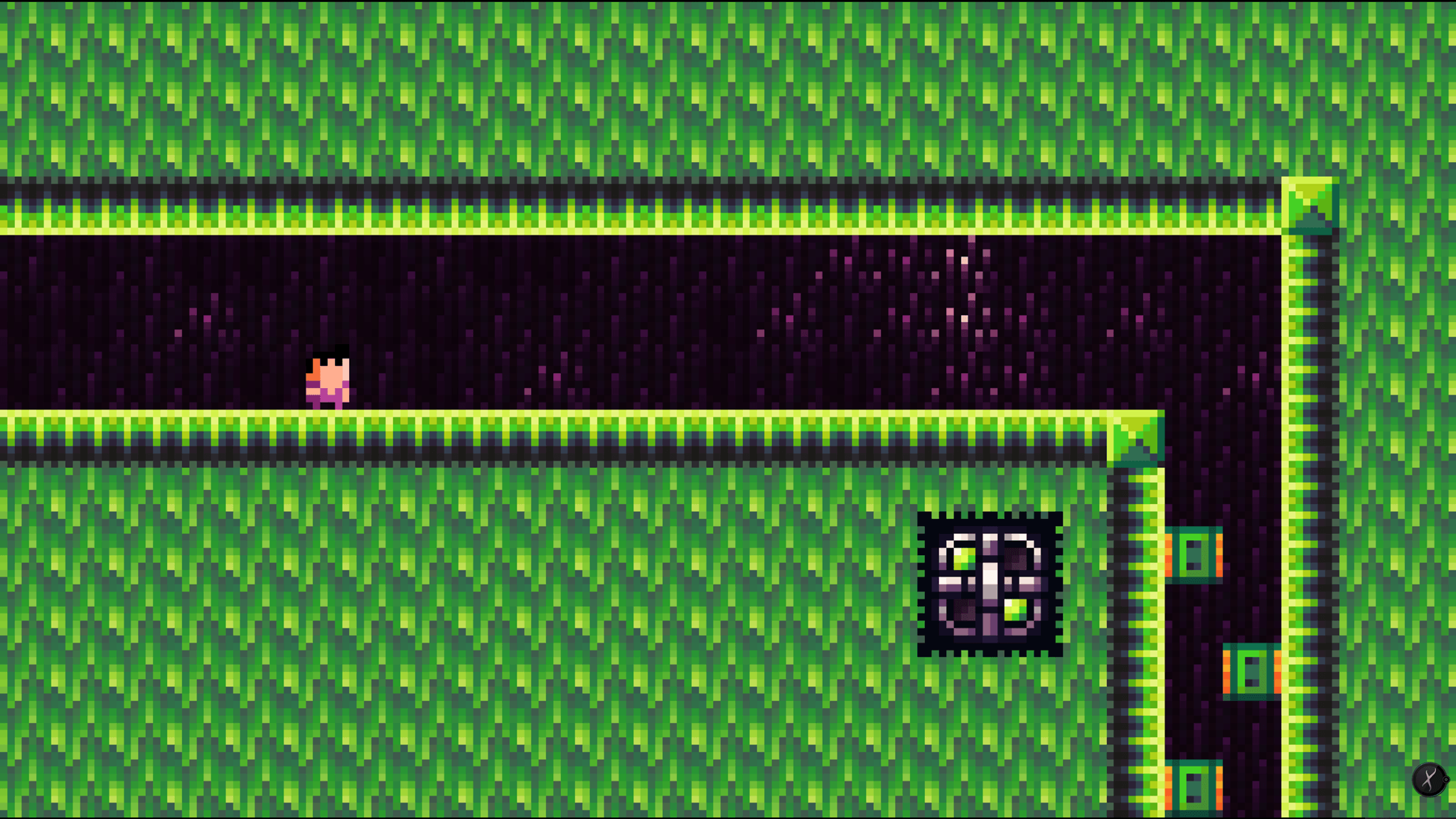 Gameplay is important in any game regardless of story or graphics. This is something Cat Nigiri have not forgotten about and they have done a great job here. The control scheme is basic, in fact it’s so basic I felt like a kid again on my good old trusty Commodore 64. There are two buttons for you to worry about, YES only two!! Left and Right, now you can use your keyboard or a controller as it as full controller support, although I opted for keyboard just for the nostalgia feel.

Necrosphere as a game is one huge level, this comes in the shape of a maze with some puzzles and some bad guys to chase you. It has been said that this game can be completed in 2.5 hours. Personally, I’m hitting 10 hours and I can honestly say I don’t think I’m anywhere near completion and I’m completely lost within the Necrosphere for eternity. It’s highly addictive, enjoyable and frustrating all in one. At one point I died 20+ times in the same area because I couldn’t quite get the timing right on my jump. There are three main bubble types to look out for in Necrosphere. The first two help you in your journey to the Normalsphere. These are clear bubbles to jump on which are indestructible and pink bubbles which pop when you jump on them. Then there is the third bubble, a red bubble. Touch it if you dare <evil laugh>

The graphics are 8bit bundles of joy, I loved them. They are simple, clear, bright and colourful depending on which zone you are in as they all have different colour themes. Graphic wise the game dragged me away from my C64 and dumped me in front of my Nintendo or my Sega Master System. So, for me this was great and I loved it. 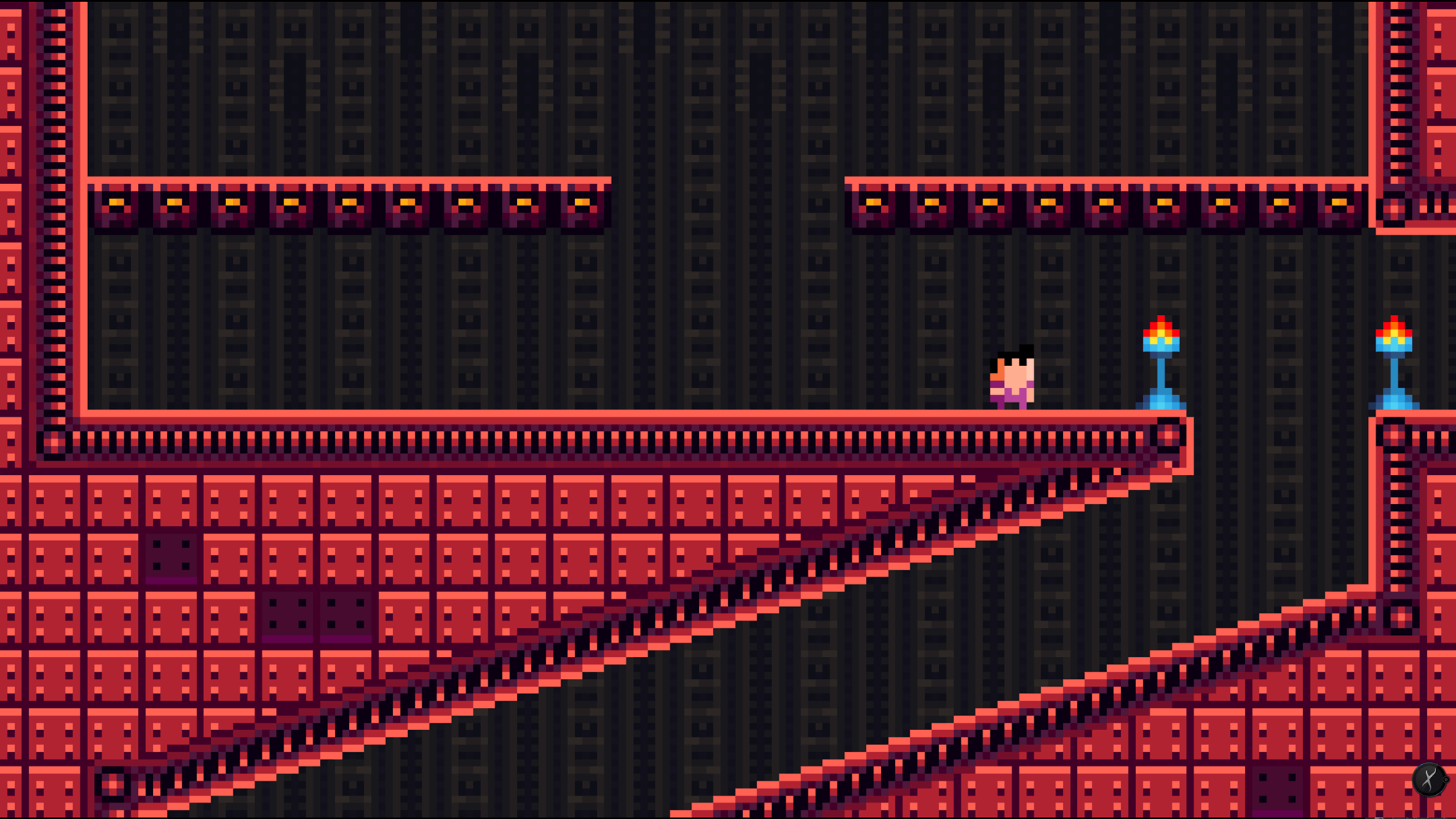 The sound in game is no exception. They have hit the nail on the head yet again with crisp, clear sounds, and some catchy music to round it all off to complete the 8bit mazefest.

This game will take you a while to complete, if you manage to find your way out at all. As long as you don’t expect a complex storyline intertwined with 4k high tech graphics then I think this game could last you a while. The game goes back to basics by giving you amazing, addictive gameplay that will have you coming back for more and more.

A year or so ago if I was told I would be getting my groove on reviewing an indie game, in all honesty I’d have probably laughed at you. Necrosphere has turned my head and shown me that not all indie games are bad. I enjoyed my time on this game and I will still play it long after everyone has moved onto the next big thing. I give this game the Thumb Culture Gold Award and can’t wait to see what direction Cat Nigiri will take over the coming years and where they will go from here.