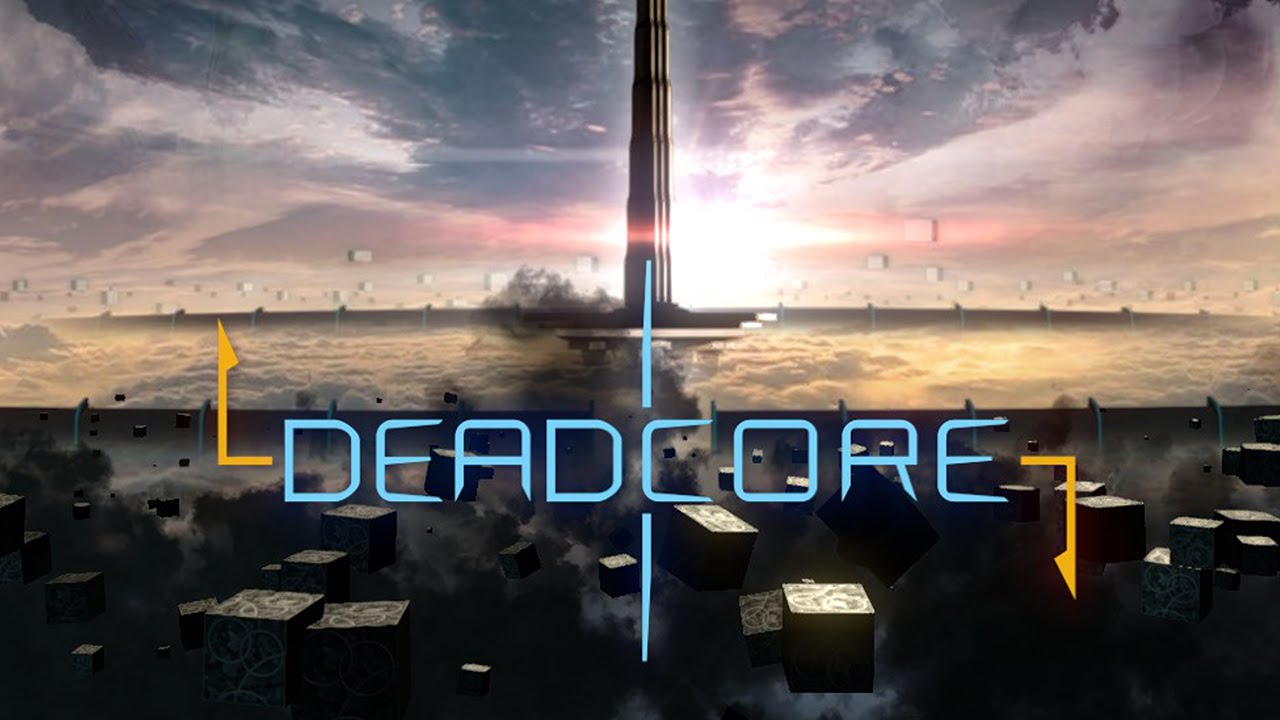 Developed by 6 friends who met while studying game design in France, who call themselves 5 Bit Games, and published by Bandai Namco. DeadCore – previously named DeadLock started life as an entry in the 7DFPS Game Jam back in 2012, an event which tasks developers with creating a first-person shooter in just one week. After a minor crowd funding campaign, development began in January 2013, aimed at turning their creation into a full commercial release. They soon caught the eye of publisher Bandai Namco, who promptly snapped the game up. Deadcore suffers in one particular area: it has no purpose.

If you’re looking for a game with story ( Who isn’t? ) I’m afraid you will be in a state of unease with Deadcore because quite frankly, there isn’t one, but more disappointingly the game lacks any context – and therefore any purpose. It’s purely level by level basis, with no setup, description or detail on the world or your purpose within it. The ‘world’ itself is a giant metallic structure orbiting a black hole, type thing. There is no story within the visuals, design, enemies or landscape.

The game controls and the general lack of engagement is what I’d usually associate with something cheap on Steam. I should see it as a good thing that those who aren’t really ‘PC Gamers’ get the opportunity to try a game like this out on PS4, but maybe I’m just cynical and wish that every game on PS4 was like Uncharted.

The gameplay in Deadcore will feel fairly familiar to anyone who has played Portal, as you will find yourself navigating a fairly simplistic terrain in the first map. Each section you complete will have a checkpoint, and from there you take on the next set of challenges. As you progress, you pick up your gun that interacts with certain aspects of the map, as well as new abilities that help you jump higher, move farther, and progress to the next checkpoint. All the movement seems designed to be used for speedrunning, as each jump and stride is fluid and encourages the player to find the shortest route between start and finish, between checkpoint to checkpoint.

The difficulty curve increases when you are able to shift gravity in certain areas. In later stages you are able to use your gun to turn the gravity in specifically marked areas to traverse previously inaccessible areas. While this is a useful  mechanic when it works, it’s increasingly difficult to use and could even be disorienting and nauseating at points. It’s enough to make or break the player from continuing through, while the previous levels had a fairly comfortable curve of difficulty and encouraged the player to keep pushing. This mechanic was either one you understood or one that would cause you to stop playing. 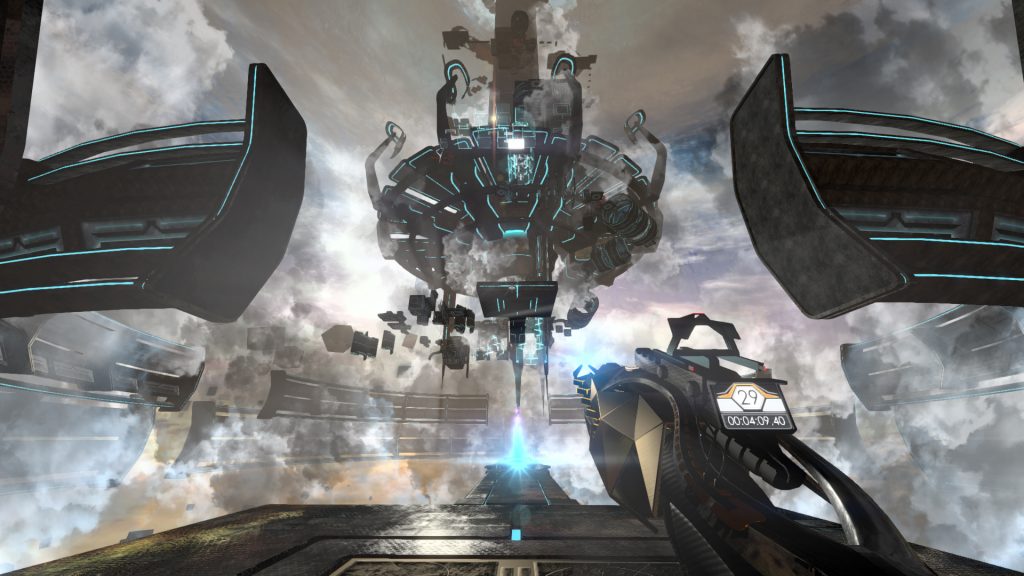 Visually, Deadcore is pretty boring and underwhelming. On the one hand, its simplistic design helps the player easily understand where and where not to go. The simplicity aids in keeping the player moving forward. On the other hand, it feels dull. It doesn’t get anymore interesting as you progress either. I mean, there is only so much black and white you can handle right? 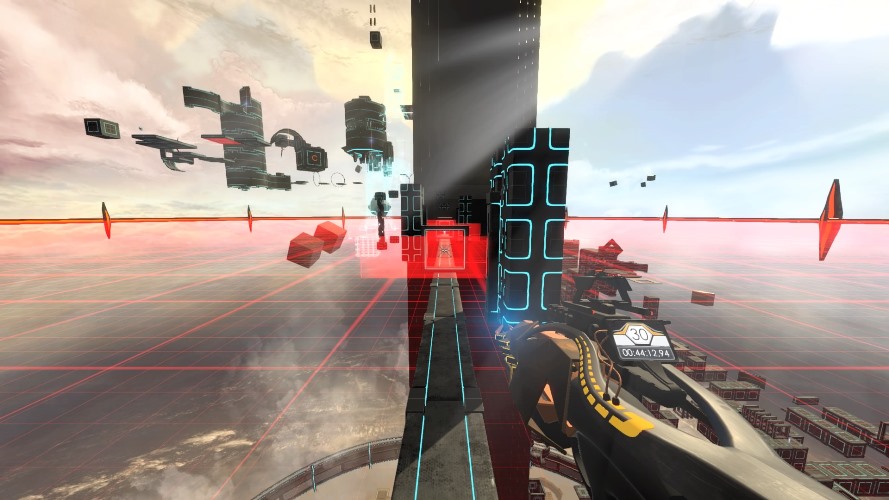 There’s barely any sound, and what is here is lackluster, a generic futuristic soundtrack that could be muted and not be missed. Unsurprisingly, beyond the firing of lasers, there are no other ambient or environment sound effects.

Of course there will be plenty of players that love this type of game and even though quite a bit (OK basically all) of this review has been negative, I can see why people may enjoy it but in saying that, there is absolutely nothing that would make me want to come back and play this again. On an initial glance, Deadcore looks pretty solid. After some time though, you will quickly feel the murky, ugly presence as the title settles in. With its dated graphics and lack of a compelling story to offer any depth, Deadcore isn’t going to turn any heads.

I’m sure the  intelligent folk who read my reviews won’t need me to point out what my conclusion of this will be, but for writing purposes we will take a stroll down that path. To say Deadcore is a failure is incorrect. For the price and the simplicity of it, maybe some will get a kick out of sitting down with some friends and challenging each other to get the furthest or quickest record, but when placed against other titles, it severely lacks characters or personality. Sure, it’s a video game at its purest form, however, it doesn’t propose any advancements or improvements to the titles it’s inspired by. Avoid, or wait for a deep sale. It’s technically competent and brings a few good ideas to the table but its frustrating aspects make me more likely to recommend it to my enemies rather than my friends.