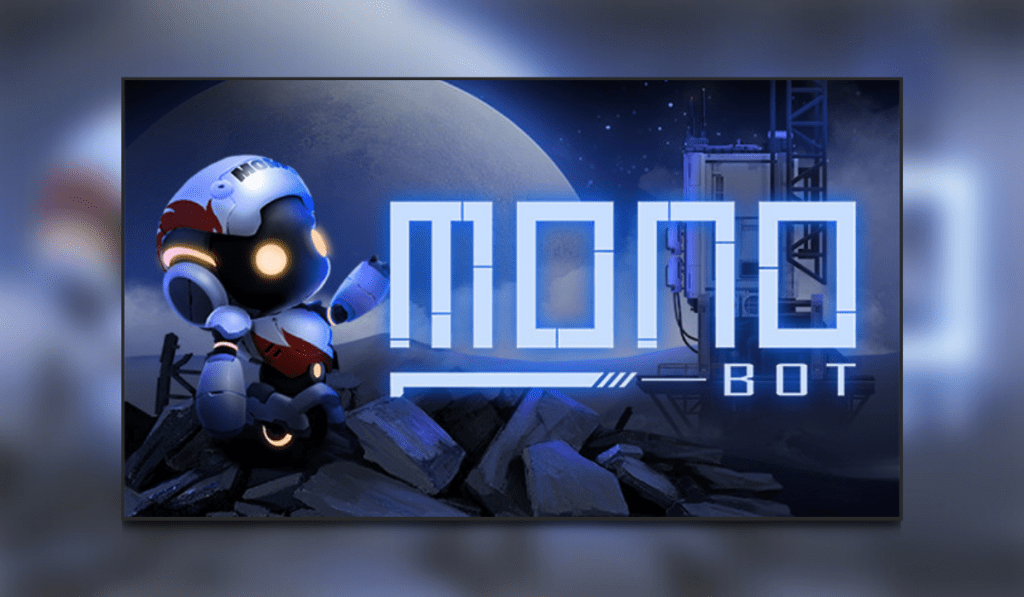 Someone who gets to know me well will notice one of my passions quickly, I’m a huge sci-fi fan. I’ve seen the movies, watched the shows and read some books. From HG Wells to Harlan Ellison, I’ve seen it all. Because of this, you think a sci-fi game is going to be right up my alley, and you are absolutely right. And it’s also a puzzle game, how could this not get better.

Monobot, this games needs the attention it deserves

Monobot tells the story of an unnamed robot who has been woken from his chamber and set free. You don’t know why or what the goal is. But as the game goes on, it slowly fills you in on who you once were and why you were let go. It becomes clear that this is the goal: to figure out who you were and escape the laboratory. Pretty quickly you’ll come across other robots in mech suits and those can get pretty annoying. But once you avoid them, it’s quite heart racing.

If you’re a fan of the games Limbo and Inside, this is going to be right up your alley. Just like those two, Monobot has a great sense of mystery. As I said, the game doesn’t tell you what’s going on right from the beginning and it gradually tells you what’s going on. I absolutely love that. It’s a brilliant choice. Because of that idea, you end up wanting to know more. Thus, you end up playing more.

I have to say that one feature the game does an absolutely fantastic job at is taking full advantage of its setting. The game takes place in an abandoned science lab filled with villainous robots. Your able to use the setting of the lab to your full advantage, such as distracting the robots with a piece of machinery or hiding in an area so you can sneak by later. Pretty soon you’ll be able to get more weapons and they approve the game a lot more. You’ll even be able to avoid enemies better. And the puzzle’s are quite creative. They never use the same puzzle more than once. There is one part where the gravity is lowered which makes the character able to jump higher and it makes the puzzles even more unique.

The controls however need improvement. They’re not terrible but they feel scattered. They have the typical W.A.S.D buttons to move the character but to use the action button, it’s left CTRL. This might not be a problem to some people but I found it to be one for me. Also, I feel comfortable having the W button be the jump button when I’m playing PC games but they make that control the space bar. Again, it just feels awkward but some people might find it comfortable. But what really gets annoying is when you get a new upgrade or item. Once you get one of those, you use the left mouse button. It feels like kind of a pain. However, you do get the option to change the controls to a different button which is great to see.

While I talked about the controls being ok at best, I think the graphics are the biggest fault with Monobot. They’re nowhere near terrible and the game has an interesting look to it but it just doesn’t look that great. However, I will absolutely give DreamSmith studio a lot of credit because it looks a lot better than other games being made off the Unity engine. They gave the game a very unique look to it, it sets the tone for a bleak future where the world fell apart years ago and there’s no sight of utopia in sight. And for a development teams first game, I was highly impressed that I didn’t find a single glitch or frame rate issue. So props to their wonderful team.

The feature the game excels at and the best part of the game is the music. Every single note played is a work of art. They fit every single scenario and help immerse you into the world more. You get the eerie music ques for the quiet moments, where you take in all of the scenery. You have the intense musical notes for when you’re being chased. And you have the heartwarming songs for when you’re going into the robot’s past. This is a game that uses music to convey it’s emotions and they absolutely nailed it. I’d even go as far to say the soundtrack is worth buying.

The length is about 3-4 hours long but it all depends on how fast you can solve the puzzles. I think this is the perfect length, it’s not too long and it’s not too short. For an indie puzzle game, it doesn’t drag itself out but it manages to take its time for players so they can take in everything.

If you’re looking for a long game to spend hours and hours on, look somewhere else. Don’t expect any DLC either.

Now it’s come to the moment where I give my thoughts, and I’m not holding back either. This is the best game I’ve played so far since I started working on this website. Monobot is a lot of what I want in a game. It tells its story gradually, has a sci-fi setting, is a good puzzle platformer, and has a fantastic soundtrack. I do indeed have problems with the game like with the graphics and controls but that didn’t overall ruin my experience.

The team at DreamSmith studios did an incredible job. They had a story to tell and did it. They’re really passionate about this game and they should be proud of what they made. If you ever see this game on Steam, go get it. This is absolutely worth your time and money. I cannot wait to see what DreamSmith studios pumps out next. I’ll be there on the first day to get it.

With that, it is my honour to give Monobot the Thumb Culture Gold Award.