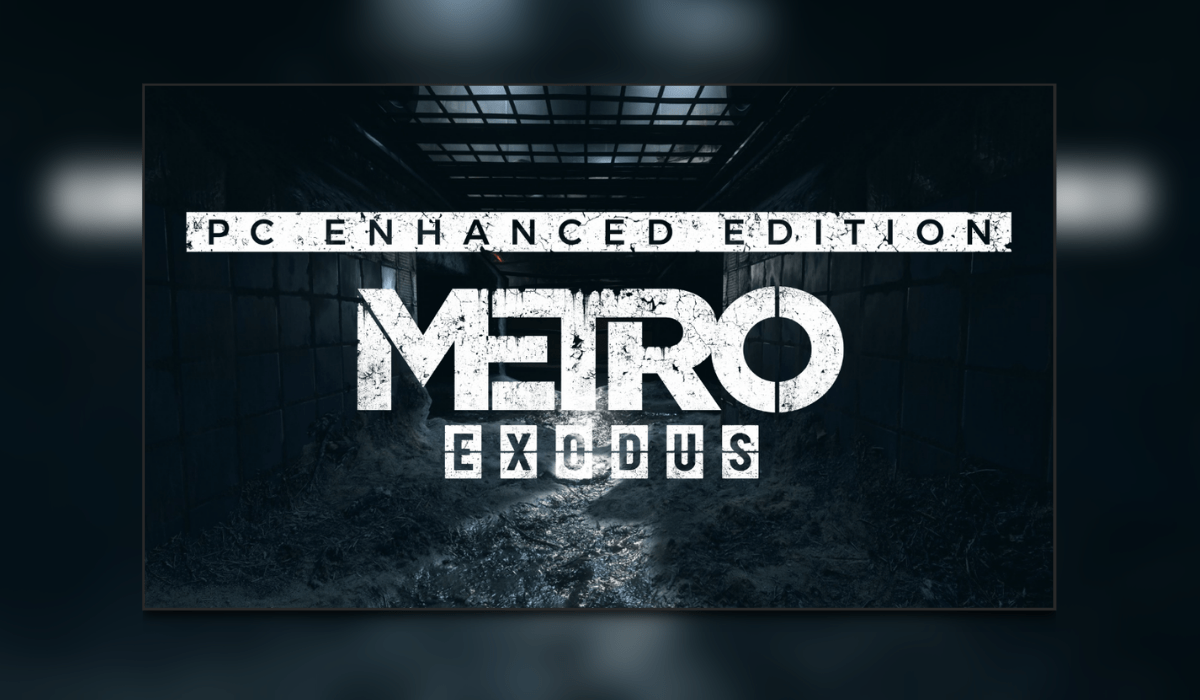 Metro Exodus, the final part of the Metro video game trilogy. Based on the world created by Dmitry Glukhovsky’s series of novels starting with Metro 2033. Glukhovsky also collaborated in developing the games. Part of a franchise including a Metro 2033 board game released in 2011 and a planned feature film. Continuing Artyom’s story in this post-apocalyptic version of the world where nuclear war devastated the world and led to various monsters coming into existence. As well different factions including Communists, Neo-Nazis, neutral groups to gangs of bandits.

Having never played any of the previous Metro titles I was extremely dubious about picking this up. Would I appreciate a storyline partway through? Also what have I missed out on already? Keep reading to find out exactly what happened.

I imagine so many Metro fans will be thinking why he started on this title? Well to be totally honest, you could have told me this was the fifth in the series and I wouldn’t have questioned it. Metro Exodus appealed to me on so many different levels. Along with hearing the hype around the other titles, how could I not finally try a Metro title out?

As previously mentioned, you play Artyom, one of the survivors in the Metro. Artyom is convinced that there is someone else out there and not just the people living within the Moscow Metro system. He regularly takes trips to the surface, which is contaminated to try and find life, and is faced with radiation and mutants.

Each time he ventures out he risks his life and now this has been going on for so long, he is risking the lives of others. However this time, he nearly doesn’t return. If it wasn’t for his comrades he would have been mutant lunch. On getting back you meet his love, Anna, and her father Colonel Miller. Miller doesn’t take kindly to Artyom’s obsessions of life elsewhere. And as if life isn’t hard enough in Moscow, Artyom also has to prove himself to Colonel Miller on the epic journey ahead.

On your adventure through the desolate landscapes, the game opens up. Not only do you receive more side quests but you also unlock the ability to customise and attain new weapons. The main feature of the game here is the workbench system. From these workbenches scattered around, you can clean your weapons, install add-ons and upgrade your equipment. Not only this, but you can also craft ammunition for your chosen weapons. The one bit of advice I would give you here is, always carry ball bearings!! To perform these upgrades you need to scavenge wherever you can.

The one element of Metro Exodus which really made it stand out from your run-of-the-mill FPS is the element of stealth. In the game, this can be one of your best weapons. Especially if like me, you run out of ammo! Whilst crouch walking around to create as little sound as possible, you can also stealth kill or knock out enemies as well as adjusting the light levels to ensure you stay in the dark. Could this be one of the best FPS games I have ever played?

Be mindful of how you approach each situation though, shooting a bandit in the face may feel like the right thing to do, but actions like that could be your undoing.  Like previous titles, there is an invisible karma system that tracks your good and bad deeds.  Not totally invisible though, there are very subtle indications of when you have done something good or bad.  Freeing slaves – good, the game likes that.  Killing slaves – not so good, bad player!  How you tackle situations, be it lethal or non-lethal will determine your ending.

Despite not playing the previous non-enhanced edition of Metro Exodus, did not mean that I could not appreciate what the developers put into this edition.

At first, the graphics didn’t pull me in, it was almost what I expected. However, this was only during the tutorial. As you start to venture out and the terrains become more detailed, the reflections really bring the game to life. From enclosed spaces to the vast waters you can really appreciate what the enhanced edition has to offer.

I am currently running an RTX 2060 Super and was running the game on Ultra, I had no graphical issues what so ever. The game played really smoothly with no screen tearing or rendering issues.

As for the audio, I have to admit this was one of the things I least took notice of within the game. Metro Exodus has tracks that almost dissolve into the gameplay. You have post-apocalyptic tracks that only add to the eerieness of the game. Giving you that lone feeling, however, you can’t help but feel someone is watching. Whether that be a mutant or a bandit.

There are a few ways to play Metro Exodus. You can take the easier route, just complete the main storyline and power through it in around 15 hours. However, if you are a completionist there is around 25 of gameplay to be had. This includes side missions and the collectibles. Not only that but there are also varying levels of difficulty. So you can do a nice run-through on an easier mode, then replay on Ranger Hardcore. If you think you can handle it that is.

There is also some DLC available to Metro Exodus which again could add more hours of gameplay. There is currently The Two Colonels and Sam’s Story available via Steam.

At first, I honestly thought, maybe this isn’t the game for me. However, the moment the game opened up, it relit my fire for solo titles. Everything meshed together so well within the game, and having not played the previous titles did not make any difference. From the great storyline to the different elements of the game. I was hooked and it definitely left me wanting more.  I’m quite tempted to go back to the first game, Metro 2033, just to find out what happened leading up to Metro Exodus. The only thing I would add to the game would be some kind of skill-based system so you can customise your gameplay even more. I award Metro Exodus a Thumb Culture Gold Award. 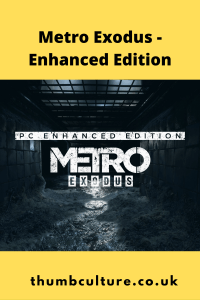