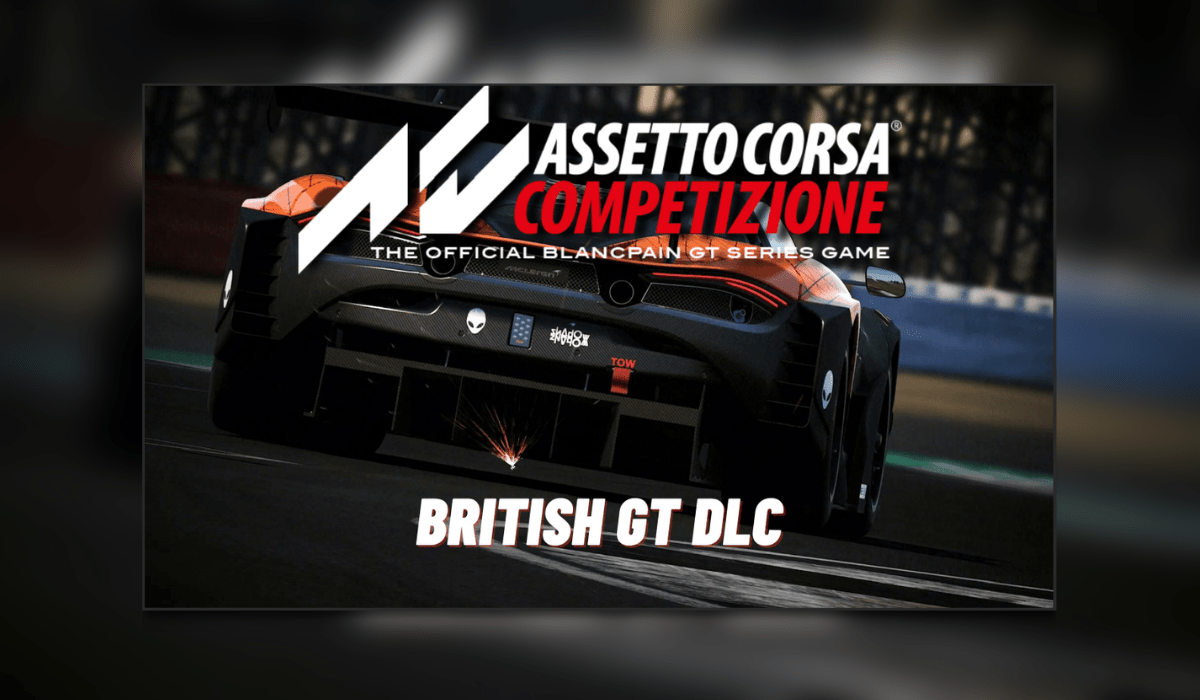 Assetto Corsa Competizione is the latest racing sim from Italian developers Kunos Simulazioni.  Published by veterans 505 games, it was released on PC in 2019 and hit consoles in 2020.  It follows up on the first game Assetto Corsa, released in 2014 on PC and in 2016 on consoles.  Unlike the previous game, Assetto Corsa Competizione is more focused on GT racing and is the official game for the GT seasons 2018 and 2019.  Furthermore, the game is starting to drive its way into the esports world, having been selected for events such as the SRO E-Sport GT Series and the McLaren Shadow Project.

The British GT pack is the fourth DLC pack released and is also part of the season pass which is available now.  So, it’s time for lights out.  Hop in your McLaren 720S and start your engines, lets see what the DLC offers us.  If you’ve played Assetto Corsa Competizione, let us know what you think of it in the comments below.

So, what do we get in this DLC pack?  Firstly I’d like to give kudos to Kunos Simulazioni for including these tracks.  In a lot of racing games, we are so used to the Silverstones and Brands Hatches that we could probably draw the track layout on a piece of paper from memory, so it’s nice to have some classic British tracks that aren’t so familiar.

We get three iconic tracks; Oulton Park, Donnington Park, and Snetterton.  Additional to this there are 70 drivers and more than 40 liveries from the 2019 season.  The tracks are arguably the star of the show here, which brings me on to my favourite part.  There is also a dedicated championship!

So I dived straight into a hotlap (time trial) at Oulton Park in my Aston Martin V8 Vantage as I was more familiar with this track than the other two.  Let me tell you, it felt great.  All of the tracks have been designed using laser scan technology so you feel every bump as you go around.  After some laps at each of the new tracks, I had gathered enough data to tune my car and was feeling a bit competitive.  So, it was time for some races.

These tracks are so fun to drive!  Oulton park here is the best version I have ever played.  The fast and flowing nature of this track brings many smiles, and many challenges with certain sections being quite narrow making for good psychological warfare with the AI.  It’s a similar experience with Donnington Park as well and incredibly rewarding at times.  Snetterton is also fun, particularly racing wheel to wheel down the Senna Straight, through Riches, and then on to Montreal as you leave your opponent fading in your rearview mirror.

I played this on both my wheel and DualShock 4 controller and it felt quite precise on both.  Oh, did I mention that it offers mixed-class racing in single-player? No? Well, it does!  What more could you ever want?

As mentioned before, these tracks have been laser scanned to offer up the finest details.  I dare say that these versions of these tracks are the best I have ever seen.  With the game running on Unreal Engine 4, it really creates a level of immersion that can only be improved upon with the inclusion of VR.

In terms of audio, there isn’t really much to add regarding the DLC.  The only thing I would say is the best experience would be to use a 7.1 stereo headset.  I tried a few different views to gauge the sound of the engines.  The view sounds great from behind the car, but inside the car is enough you make your bones rattle.

Based on the championship alone, there is an easy 15 hours of gameplay.  Factor in the other game modes such as hotlap, hotstint, quick race, and other game modes, it can last as long as you want it to.  Whether you have this as part of the season pass or as a standalone DLC, it is excellent value for money.

I’m not going to beat around the bush here.  If you’re a big fan of Assetto Corsa Competizione, then you probably already have this DLC pack.  If for some reason you don’t, then you absolutely need it.  It is a fantastic addition to a fantastic game, and I don’t say that just because I am British.  Three amazing tracks and a dedicated championship make this DLC a necessity.  Slap a big old ‘value for money’ decal on it, and you’re on for a clear winner.

I award the Assetto Corsa Competizione British GT DLC the coveted Thumb Culture Platinum Award.  Please come and take your place at the top of the podium; it is well earned! 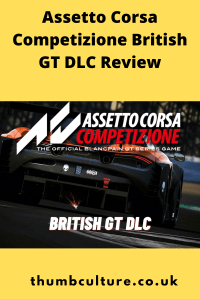