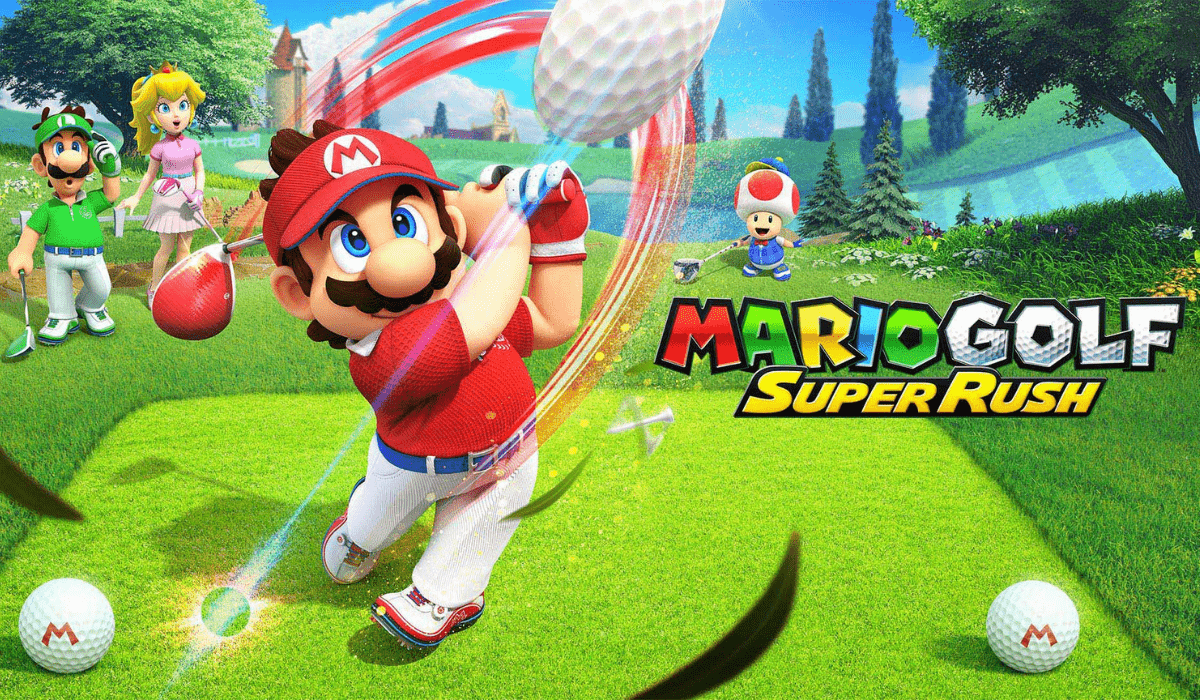 The latest adventure from Mario isn’t what you think it might be! Mario and friends take to the golf course for a few holes of the popular sport in Mario Golf™: Super Rush. Coming to Nintendo Switch on June 25th, 2021.

In Mario Golf™: Super Rush you can play locally or online with up to four players. You can tee off with familiar Mushroom Kingdom characters. There’s a variety of game modes including Standard, Speed Golf and also an RPG-like golf adventure story mode.

Being a Nintendo game, they’re using the hardware to it’s fullest using the motion controls of a Joy-Con as well as allowing you to use button controls. There’s also a shot gauge that adapts to the course as well as other new features to make it easier for both new players and seasoned pros.

As always with Mario games, the graphics appear to look very nice, alongside a great soundtrack and audio effects.

Check out the trailer below, and as always let us know in the comments what you think of this announcement.