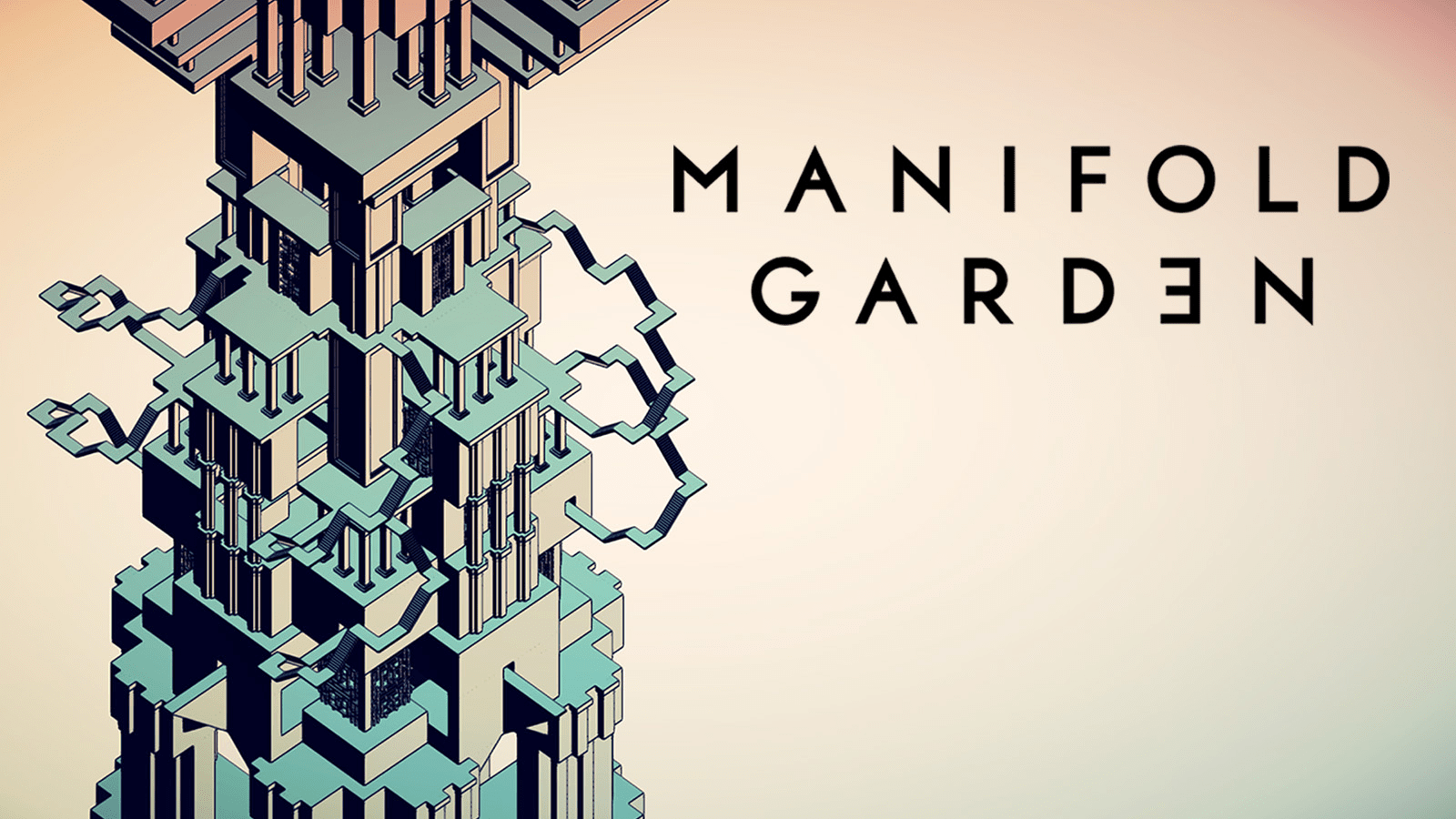 Created as a debut title for William Chyr Studios by a small team of programmers, Manifold Garden is an interesting take on the puzzle-platformer adventure.  Take what you know about physics and toss it out the window. That knowledge is no good here. Up is not necessarily up, and down isn’t always down.  Created by William Chyr, who wanted to create a puzzle game that he felt, as a player, he could finish. Manifold Garden was initially revealed with the name Relativity, referring to the M.C. Escher work that inspired it. There are a few behind-the-scenes type videos available on YouTube if you’re curious about how this games impossible geometry was pulled off.

Currently Manifold Garden is available on Playstation 4, Xbox One and Nintendo Switch. PC and Mobile ports are being worked on. For the purpose of this review, I’ll be taking a look at the Playstation 4 version of the game. It’s available on the Playstation Store for £17.99 for the Standard edition, or £26.99 for the Deluxe Edition bundle, which comes with a PlayStation theme and the downloadable soundtrack.

“Manifold Garden is a game that reimagines the laws of physics.

Rediscover gravity and explore a beautiful Escher-esque world of impossible architecture. Geometry repeats infinitely in every direction, and falling down leads you back to where you started. Manipulate gravity to change your perspective and see the world in new ways. Master the rules of the universe and restore a barren world with vegetation and life.”

Manifold Garden is a puzzle-platformer, set in a world where the player has to navigate a series of odd abstract structures that repeat infinitely. Because of the repetition, some of the puzzles you solve will involve falling off edges, to land on top of structures below. Later in the game, extra puzzle mechanics are introduced such as portals or water which you have to redirect to grow trees. The ultimate goal is to solve your way through the puzzles returning colour and life to the sterile worlds by planting trees in the gardens.

The controls are very simple, You can pick up and drop coloured cubes by pressing the X button. Movement can be sped up by holding L2, akin to a sprint feature with infinite stamina. But, the thing that makes Manifold Garden really interesting, is the fact that you can change the orientation of the game world by walking up to a wall and pressing R2. Doing so will cause your character to walk up onto the wall so that the wall reorients and becomes the floor. It sounds like it can be confusing, but it’s very well done, and you won’t get lost.

Playing Manifold Garden on the Playstation 4, it feels right at home. Visually it initially reminded me of the older Playstation 3 exclusive puzzle game Echochrome in that the game world is very lacking in colour, and has a sterile appearance. The infinitely looping environments really give you that inspired by M.C. Escher vibe, and it’s a pretty fun place to play.
Manifold Garden runs incredibly well on the Playstation 4, leaving me with a smooth and enjoyable experience.

The audio design in Manifold Garden is pretty interesting. The chimes of buttons and switches mingle well with the soundtrack composed by Laryssa Okada. There’s really not much to say about the sound in the game otherwise, it’s fairly sparse and relaxed.

I spent around 7-8 hours playing through Manifold Garden at a fairly leisurely pace. Some of the puzzles were fairly straight forward, whereas others required a bit more time. I don’t see a whole lot of replayability with this one, just because once you know the puzzle solutions, it’s too easy to just fly through the game. If speedrunning is your thing, this could be an easy one to practice.

Manifold Garden is a decent little puzzle game. For most, it’ll be a one and done experience, but it’s definitely worth at least playing through. Easy enough to not get frustrating, but challenging enough that you’ve got to use your brain. I’ve awarded it the Thumb Culture Gold Award, for being a great game to unwind from a stressful day with.