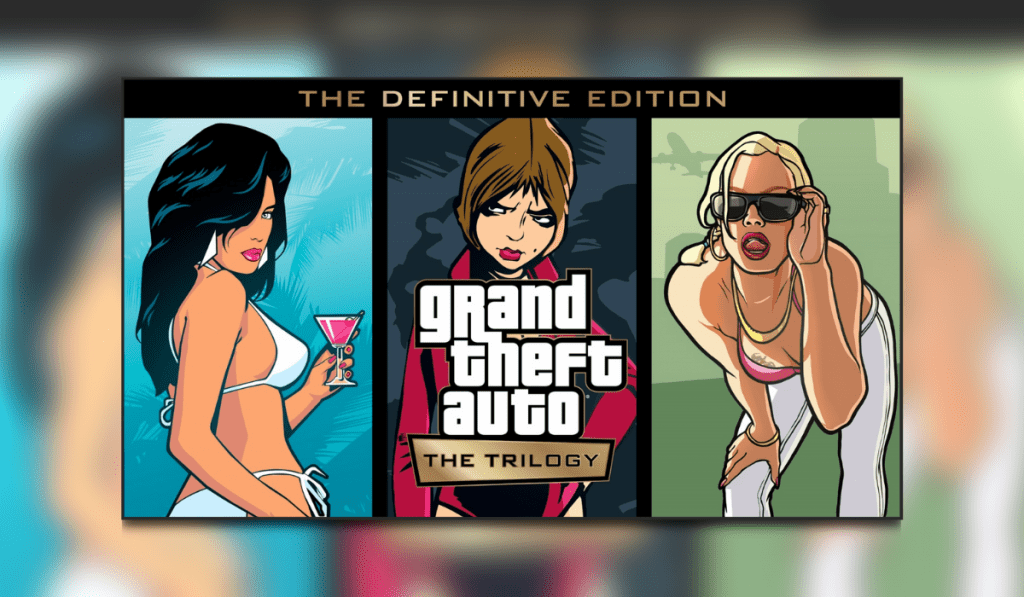 Welcome to my review of Grand Theft Auto: The Trilogy – The Definitive Edition. That’s a mouthful, isn’t it! The return of the iconic trilogy is developed by Grove Street Games (GTA Chinatown Wars, Max Payne iOS, and Android) and published by Rockstar Games (L.A. Noire, Red Dead Redemption).

We all know the story of these games. We play as someone who starts their story as a down and out, working our way up the chain of organised crime gangs. I was kindly given a PlayStation review key for the GTA remastered trilogy, and I played it on the PlayStation 5.

So how does the return of three of my favourite games from my younger days play out? Continue reading to find out. Check out my previous review here where I played Airborne Kingdom on the PlayStation 5.

Let me start with GTA III, the game that started the 3D third-person Grand Theft Auto games that we know today. Not many know of the original two with their top-down view where you just caused pure carnage for a pass time. GTA III starts by introducing us to Claude, our protagonist for this game during our travels through Liberty City in the year 2001. Claude is actually un-named throughout GTA III and we find out his name elsewhere (no spoilers!). Claude was left for dead by his former lover, Catalina after she double-crosses him during a bank robbery. He survived the gunshot, but of course, ended up headed to prison.

Not long into the intro, we see Claude is being freed from his prisoner transport vehicle but this is because of who he is riding with, a man named 8-ball. The Columbian cartel wants 8-Ball hence why they ambush the prisoner transportation. As the game progresses we seem to work our way up the trust ladder for the Leone family mafia, fighting off the Triads with who the Leone family is at war with. Enough of the story. The game gets you into the action and you’ve soon got police chasing you, guns at the ready, plenty of money, and a ton of missions to go through.

The selection of vehicles and weapons in GTA III is rather good considering this was the first GTA game on the PS2. There are a ton of hidden packages, jumps, and more throughout Liberty City so keep your eyes peeled.

GTA: Vice City, back to the times of brilliant music, tons of drugs being slung around, and criminals living a complete life of luxury. Vice City is set in the year 1986 and we are introduced to our protagonist, Tommy Vercetti whom I might add is voiced by none other than actor Ray Liotta (Goodfellas). Vice City actually has quite a few famous people in it, Danny Dyer (Football Factory), William Fichtner (Prison Break), Danny Trejo (Con Air), Jenna Jameson (Pron), and more.

In my opinion, GTA: Vice City has the best story of all three games in the remastered trilogy. It reminds me of movies such as Scarface, and some not-so-known movies such as The Business. It’s all about organised crime, drugs, friendships, and betrayal. I love the design of the cars in this game. There are some really nice designs that remind me of classics like the Lamborghini Countach. As with GTA III there are hidden packages and jumps around Vice City, so again keep your wits about you.

San Andreas, 1992. Turf wars are at an all-time high, and Carl Johnson is heading home to Grove Street. CJ gets pulled by Officer Tenpenny (Samuel L Jackson) and soon remembers why he left San Andreas in the first place. Reunited with his fellow gang members of the Grove Street Families, CJ is soon up to no good to gain back his respect with Sweet, Big Smoke, OG Loc, and Ryder. In GTA San Andreas you work your way back up, taking down members of opposing gangs all whilst building your own respect.

San Andreas introduces some RPG elements to the GTA games. You can go to the gym to lose weight and gain muscle. Pop to Cluckin’ Bell for some fried chicken which restores your health. Be careful though as this also causes CJ to gain weight. Riding a BMX often will increase your bike riding skills, giving you better handling, for example. There are a lot of skills to build on in San Andreas, working on them early will make things a little easier later on in the game.

The main difference with the gameplay in all three games is the controls are modernised for current platforms. There is also an improved aiming system. This will allow you to easily lock on to targets with weapons, making combat feel a bit more up-to-date and easier for newer players to the series. There are also of course the graphical improvements which I discuss below. Whilst combat has changed for modern times, the driving in all three games feels the same. This isn’t a bad thing as it was always good to drive in the GTA games.

The remastered trilogy isn’t as bad as it’s being made out to be in my opinion.

For me, GTA III was rough. I did not enjoy the look and feel of it in both fidelity and performance modes. It started to ruin some fond memories of playing it with friends on the PS2.

Vice City seemed to look, feel, and sound a bit better, however, the light definitely shines on San Andreas. For me, this felt like the most improved game out of the three. Don’t get me wrong, all three games play well especially if you’re new to the series. 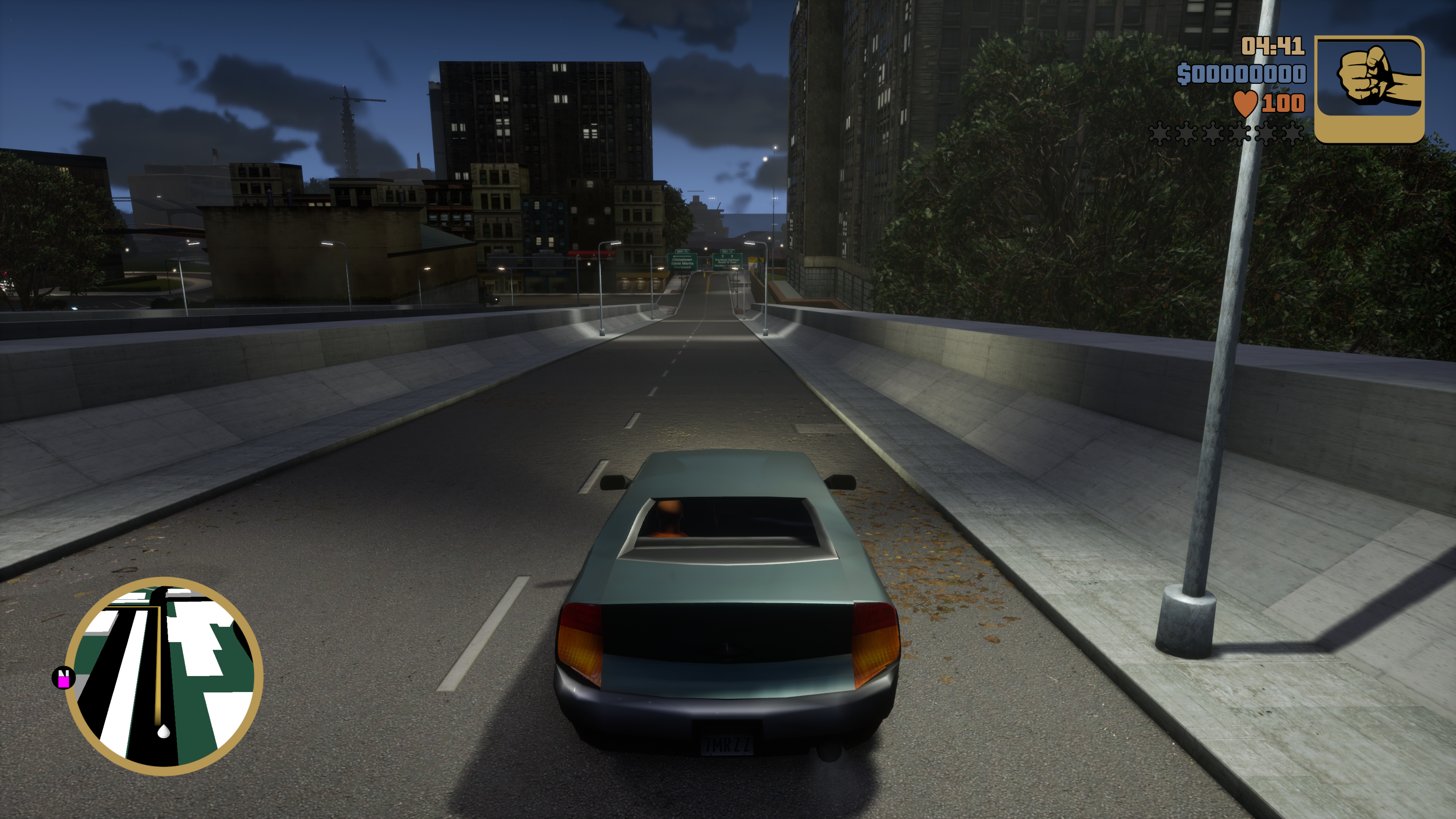 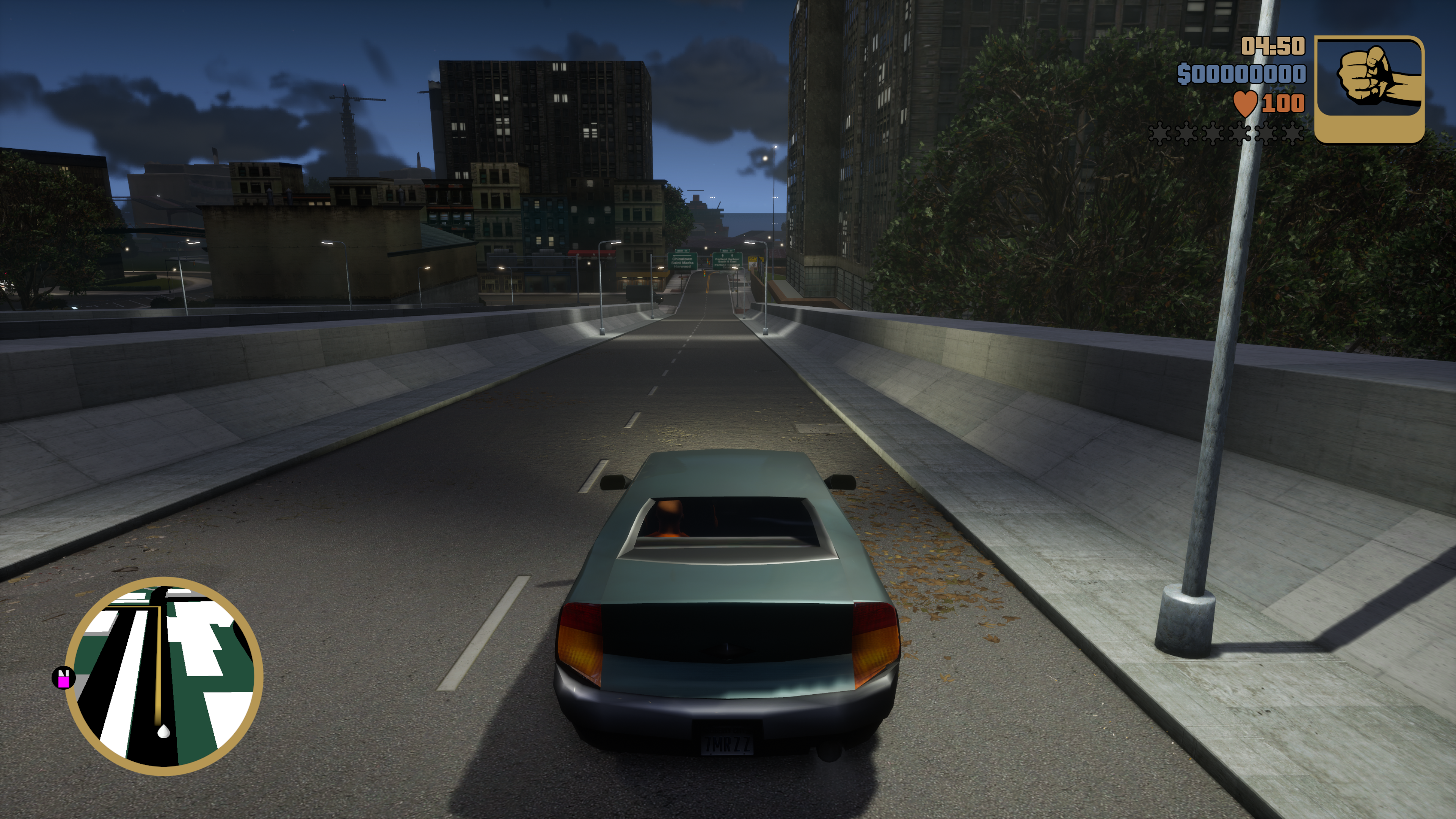 Fidelity mode in each game caused the game to be 30FPS, at most. Performance mode jumps the games up to 60FPS, however, I did experience some dramatic frame drops on the PS5 whilst playing Vice City. This wasn’t often but it did happen a few times. 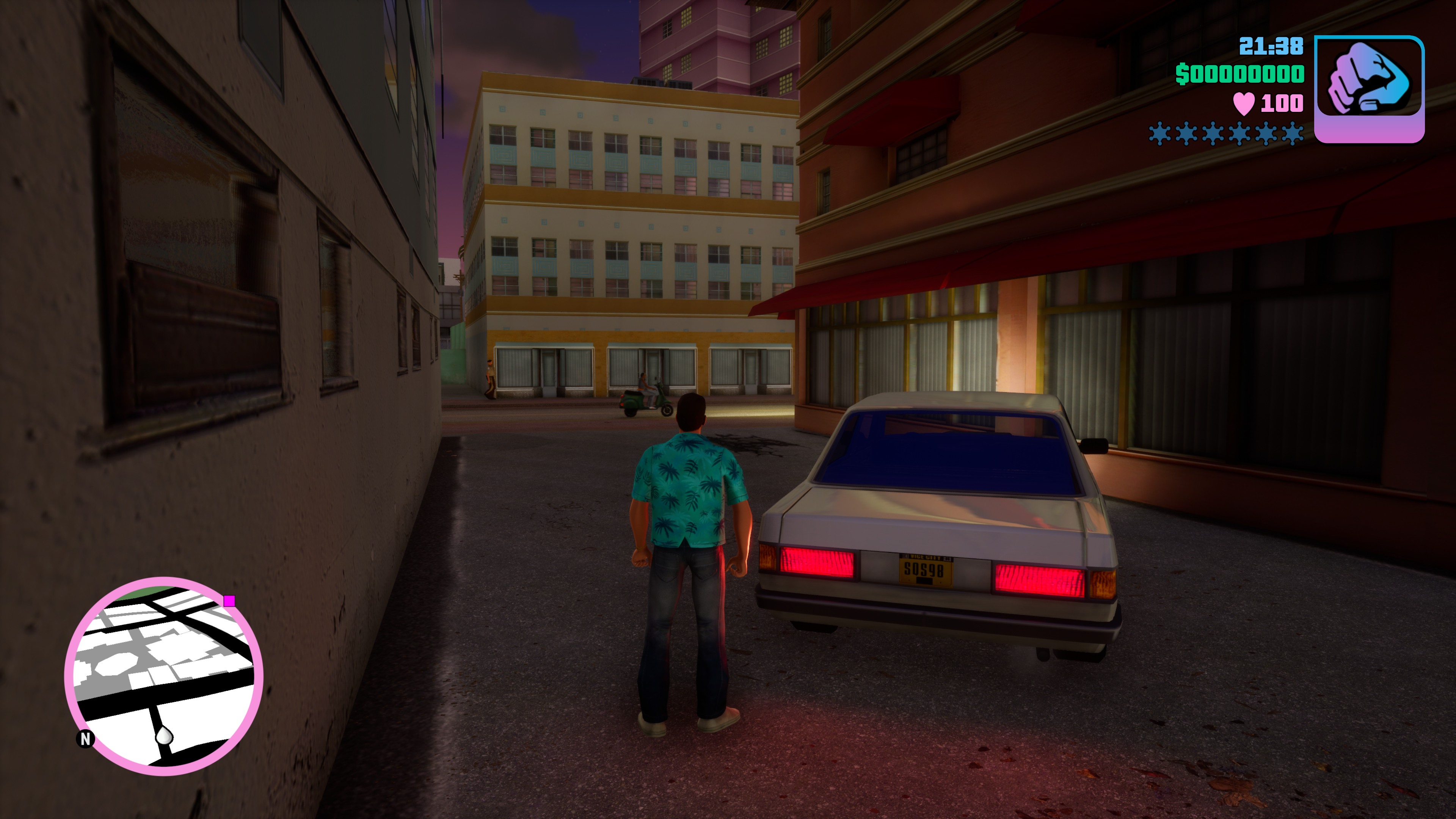 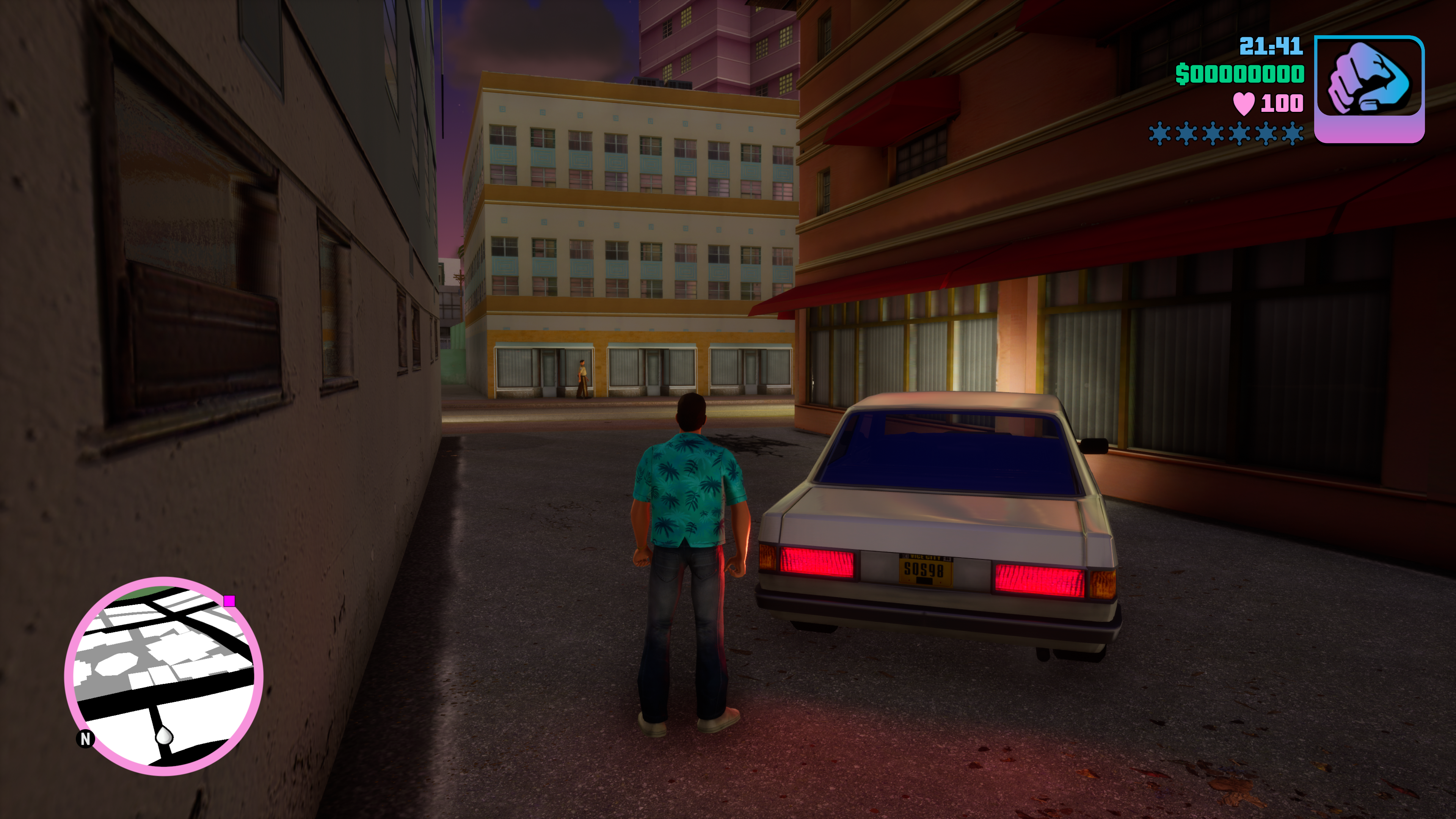 The graphics are quite nice on Vice City and San Andreas to be fair. For the most part, SA felt like a fairly modern game whilst playing it. Yes, it had some graphical glitches. For example, when NPCs held a gun it would occasionally point to the side instead of straight ahead. However, this gave me a good laugh at times so it’s not all that bad. 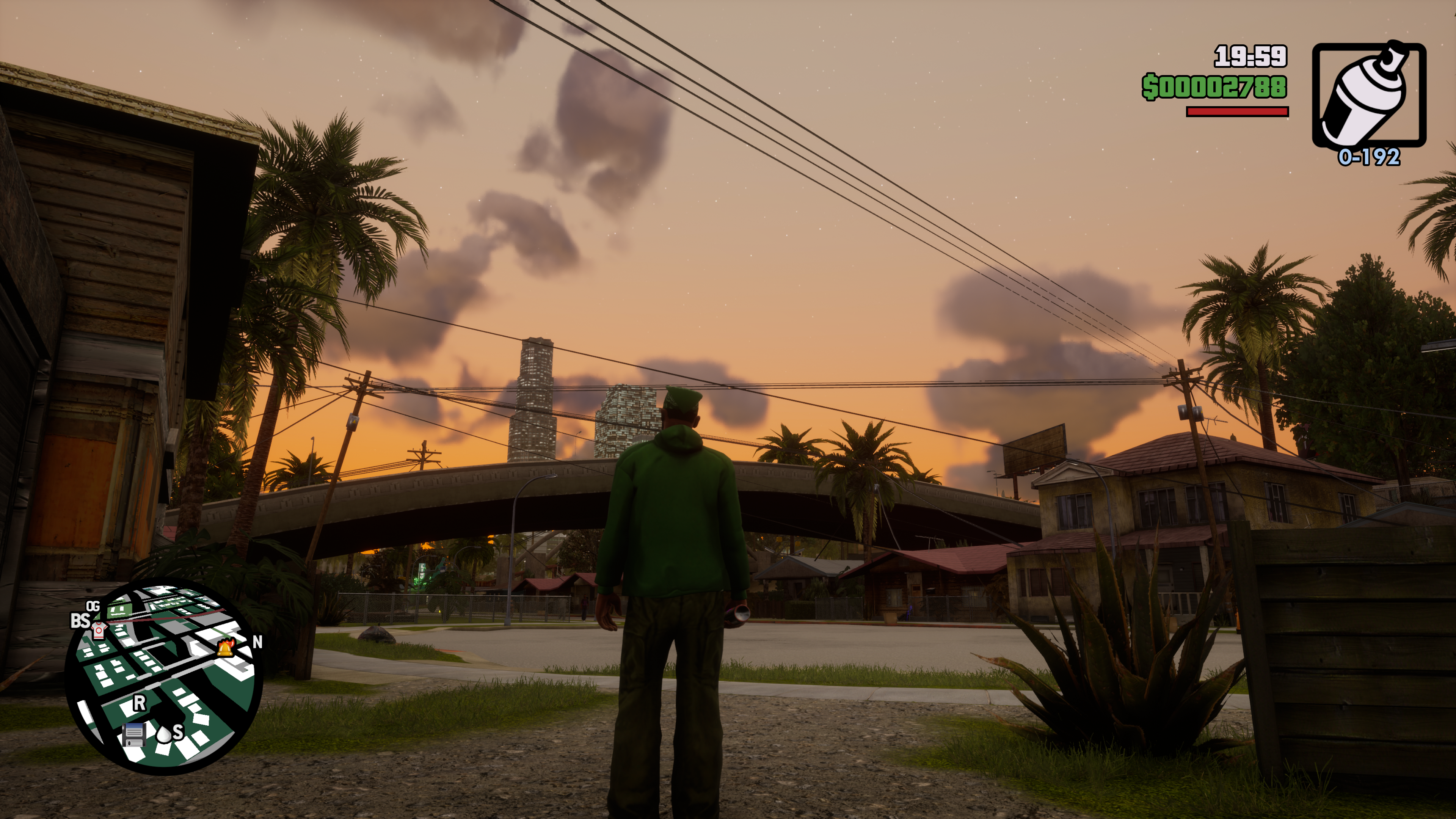 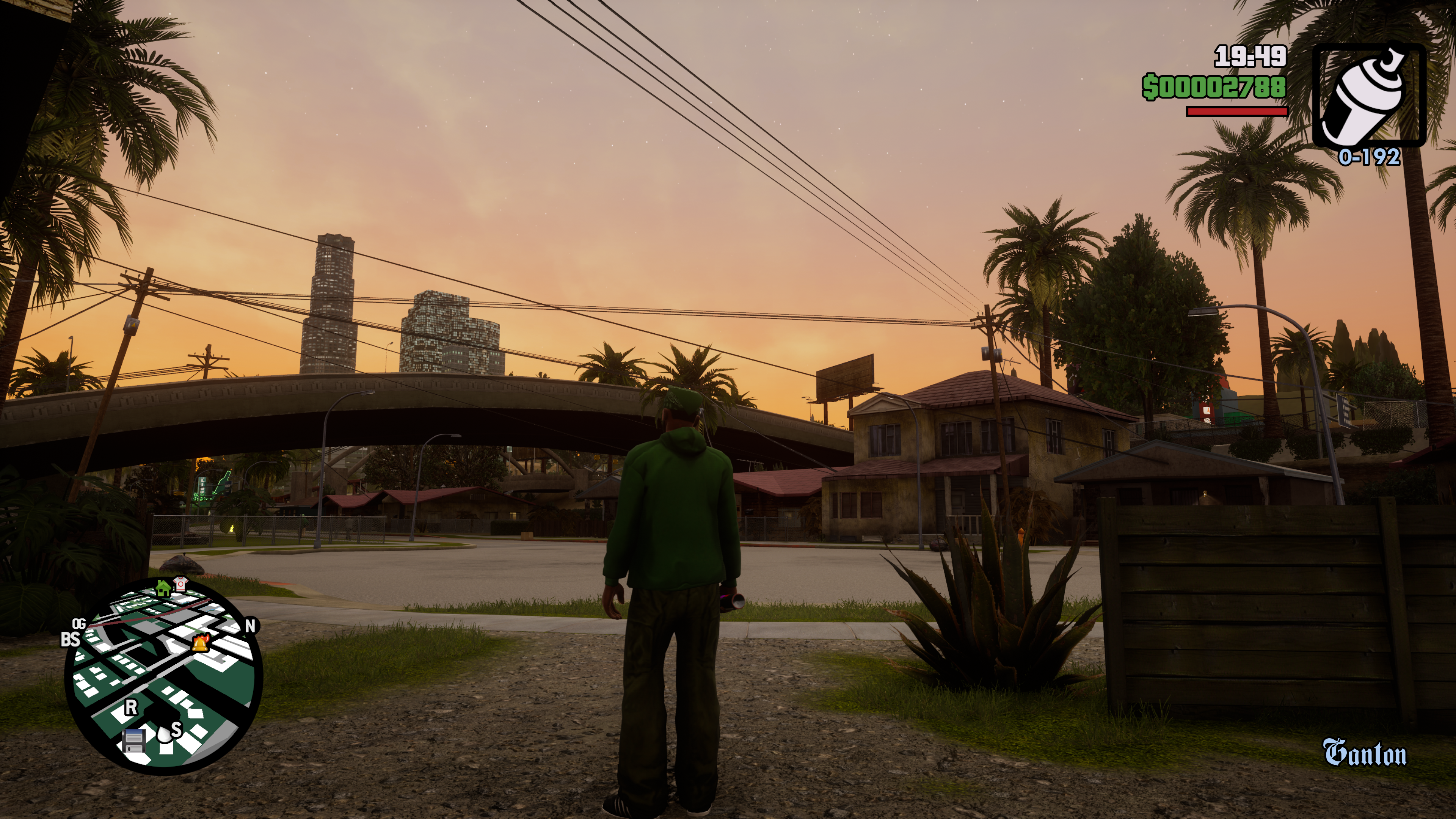 The real issue with GTA III was the audio, a lot of it just sounded rough, as if there’s not even been an attempt at cleaning up the audio at all. I could be wrong, but the sound was of very low quality in my opinion. Vice City and San Andreas sounded much better in all avenues, the music and sound effects sounded much cleaner.

The beat of 80s music whilst cruising through Vice City will never age. The more hip-hop-themed soundtrack in San Andreas sounded brilliant, especially on my recently reviewed LucidSound LS15X headset (I also tried the game on the Xbox through Game Pass), as did the in-game sound effects.

This is where the Grand Theft Auto: The Trilogy – The Definitive Edition shines. There are so many hours in all three games that they will keep you occupied for a long, long time. Even if you were to just play only the story missions you’re in for a good 50 hours plus I’d say. This is all pending on Grove Street Games fixing the glitches and bugs, of course.

The three games have their own set of trophies. So there are a lot of trophies (or achievements on the Xbox family) for you to unlock if you wanted to.

Each game has a huge collection of hidden collectables around the cities. GTA III and Vice City have hidden packages, San Andreas has graffiti you need to spray over with your gang colours. Each game also has a variety of jumps or stunts for you to find and complete.

I believe that the Grand Theft Auto: The Trilogy – The Definitive Edition should have been left to rest. “Let sleeping dogs lie” Rockstar. Please. Don’t get me wrong, it’s fun playing these games again. There is a huge but, the glitches and performance at times kind of left me thinking it should have either been delayed to be cleaned up. Or quite possibly not released at all. Usually, I don’t like to say things like that in my reviews. However, if you’ve seen other reviews then you’ll know I have a good cause for it.

I would have awarded this trilogy the Thumb Culture Bronze Award. However, I feel San Andreas pulled it out of the bag for a silver award from me.

I give Grand Theft Auto: The Trilogy – The Definitive Edition the Thumb Culture Silver Award.