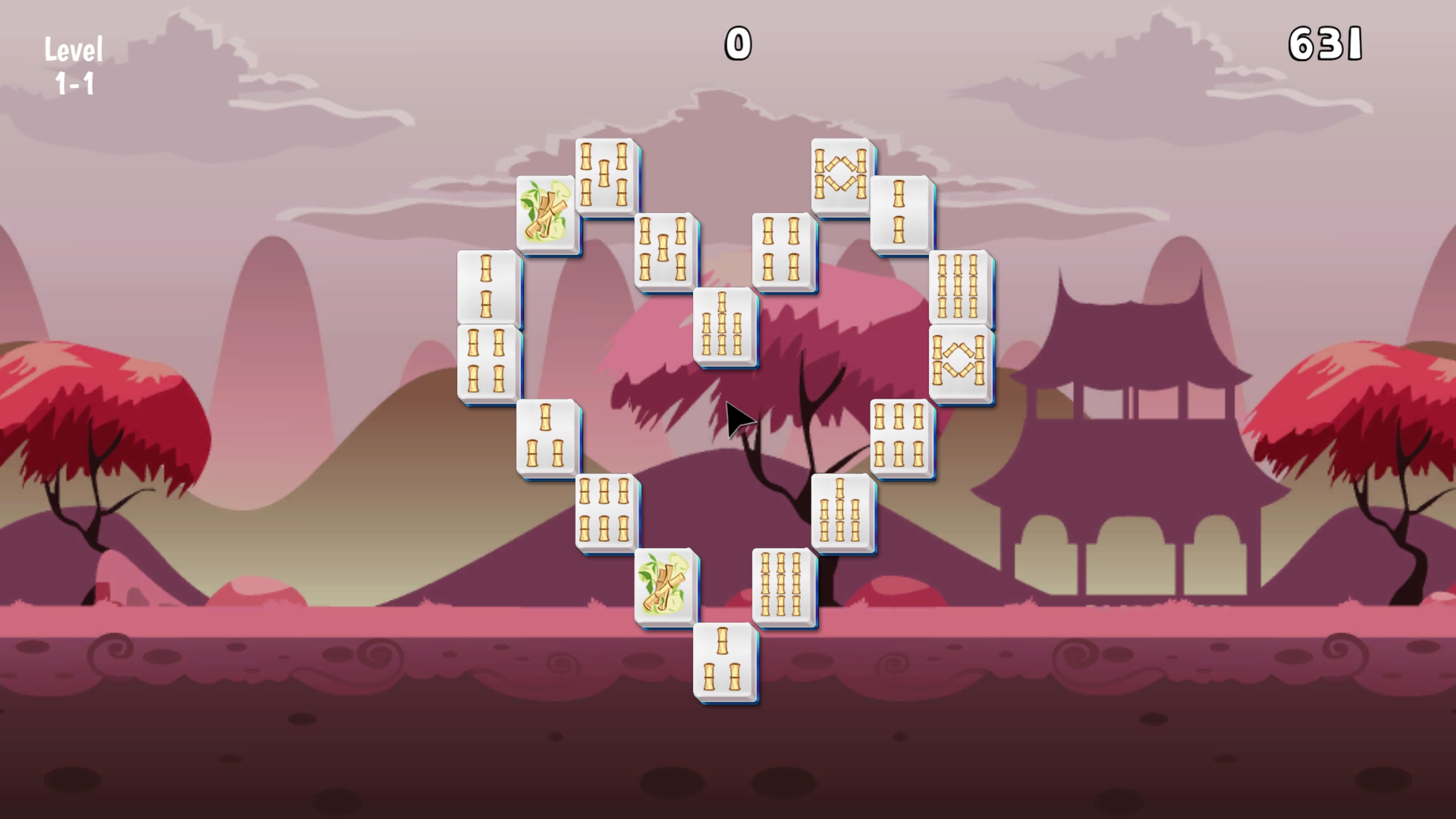 Mahjong, the tile-based puzzle game from China during the Qing Dynasty has yet another released as a video game. These games have been released year after year on various formats and yet they always seem to pop up so there must be a fan base out there somewhere. Having got the opportunity to give the latest version of the matching pairs game by EnsenaSoft a playthrough I couldn’t resist. Puzzle games are scarily addictive and even more scarily simplistic in their design, find a pair, essentially that is the essence of the game.

So what is new about Mahjong Deluxe 3? Not a lot, the game covers 8 worlds with a grand total of 640 puzzles ranging from nice and easy to ridiculously complicated puzzle boards. The best addition that you might enjoy is the move onto 3D puzzle boards, allowing you to rotate in any direction the puzzles to find pairs, these also range from relatively straight forward to the ridiculously complicated.

The game plays nice and easy, moving your pointer around the screen you find a tile, click it and then find its pair. Once matched you have a satisfying sound effect that varies depending on whether you select the bamboo numbers or one of the many coloured dragons. It’s all effective, and the music in the background is strangely relaxing.

It’s this simplicity that has seen the Mahjong Deluxe series downloaded over 15 million times across all platforms.

Each level you play has a random tile order which means that no round will ever be the same, allowing an unlimited replay factor. Upon completion of a level you are given a score out of three stars depending on your score, that is accumulated by matching pairs quickly, a timer in the top right counts down between each successful matches and this score is added to your total.

Full trophy support although no platinum trophy is given for this title, but the trophies will take a while to play through to get 100% with you being required to gain three stars on every level to a particular world, 80 in total per world.

It’s this replayability that will keep you coming back to the game, keep you striving to gain those three stars. Obviously those that have gaming OCD will struggle most, i am able to leave a level at two stars, but I know that there are some people who enjoy gaining the elusive three stars on each and every level.

This is one of those reviews where you struggle to write about the game when the game is so simple. Would I recommend the game to someone? Yes. Will I be settling down for long gaming sessions matching tiles? Possibly.

The game at its core is an ancient game that some believe was invented as far back at 500 B.C. and it continues to be a massively popular puzzle game even now in 2017. Should you purchase this game? If you enjoy puzzle games, then I believe that Mahjong Deluxe 3 offers a great puzzle experience to anyone of any age and is a massively addictive game.