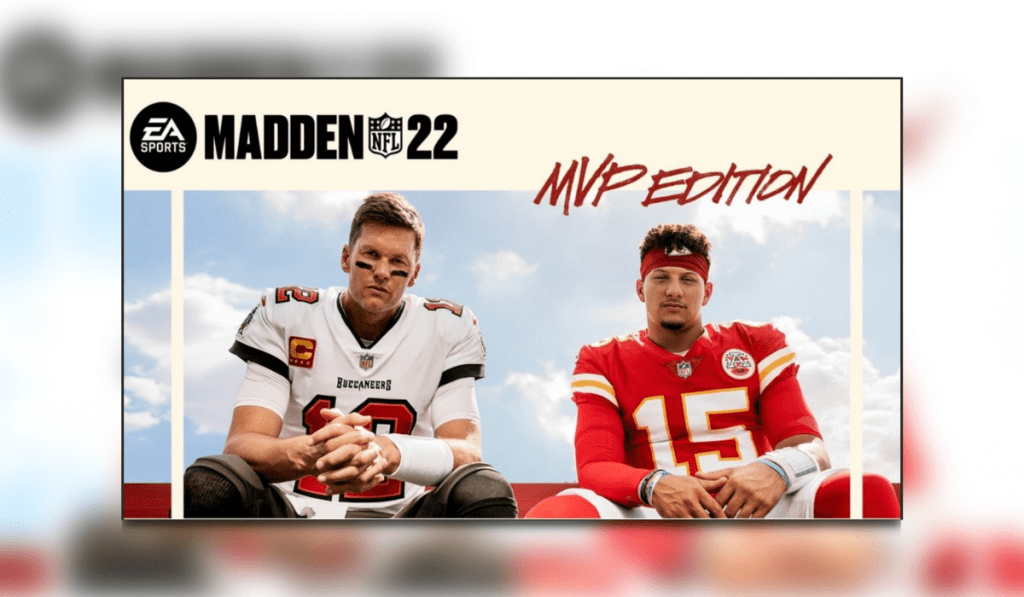 Published and developed by EA Sports. Madden NFL 22  is an American football video game based on the National Football League. It seems that the series goes from strength to strength each year. So let’s find out if this one is no exception. So let’s get cracking with this Madden NFL 22 Xbox Review.

Been a huge NFL fan since I was a boy. Always remember watching it on a Sunday night on Channel 4. But I admit that I only started playing the EA titles around 2010. I always get excited at this time of year when a new game in the franchise is released. But are they just getting boring now or is there still some life left? If you enjoyed this review then why not check out my latest one here. You can also catch up with what the rest of the Thumb Culture team are up to on our social media.

So Madden is back finally after years of fans asking for some needed changes. We can now say that we have them. For starters, the Dynamic Gameplay has brought the fun back into gameplay. This was something we got to experience first during the Madden 22 beta, and it holds as the strongest addition now that the full version of the game has arrived. While it’s always MUT that takes the limelight for years. The franchise is finally getting its chance to shine and boy does it. It is now worth putting the time in as many improvements have been made compared to previous years. There are some little tweaks that need attending to but overall it’s finally a fun game mode.

So what about the core mechanics. This is what it’s all about, right? If it doesn’t feel like football and it’s not fun, nothing else really matters. If you’re expecting the upgrades to player movement and things like Next Gen Stats: Star-Driven AI to make a massive immediate difference, don’t hold your breath. While the gameplay is slightly improved and a bit crisper and cleaner all around, it remains pretty much similar to recent years. For newer players, there will be the usual adjustment as you get a feel for the controls, but things are mostly intuitive and receptive as you nestle in.

While MUT has changed a little. I think it’s more of a grind this year. Especially for the best cards. There hasn’t really been much of a difference. One game mode for me that I love playing each year is Face of the Franchise. This fun little story mode is always entertaining and great for passing away a few hours. Overall it’s a great experience for players new and old.

Playing on an Xbox One X and a 4k TV the graphics are absolutely gorgeous. Right down to the sweat on the player’s faces and jerseys. I can only imagine what they are like on the next-gen consoles. Throughout many hours of gameplay, I can honestly say I never experienced any faults with the game. Usually, there are some little issues here and there. But everything ran so smoothly. The sounds are usual in a Madden game. So nothing really to elaborate on that part although the crowd chants are amusing at times. As usual, it has a kick-ass soundtrack with some of the biggest hip-hop stars in the world putting their efforts into it. Can never say a bad word about a Madden soundtrack.

The thing about EA Sports games is that there never really is an end game. You can play these games for months and there will always be something to aim for. I myself have put in at least 40 hours into Madden NFL 22 and didn’t even touch the surface of what there is to do and to collect when it comes to MUT. There will always be something to aim for and with live events throughout the year. You’ll never be bored of things to do.

While my first thought of the game was that it is just the same as every other installment EA brings out. But after playing through it for a while. There are some changes so it does feel fresh. While it can be repetitive and a little boring after a while. It is still not a bad game so even if you’re a new fan of the franchise or an old one. Madden NFL 22 is still worth picking up. That’s why I’m going to give Madden NFL 22 the Thumb Culture Silver Award.