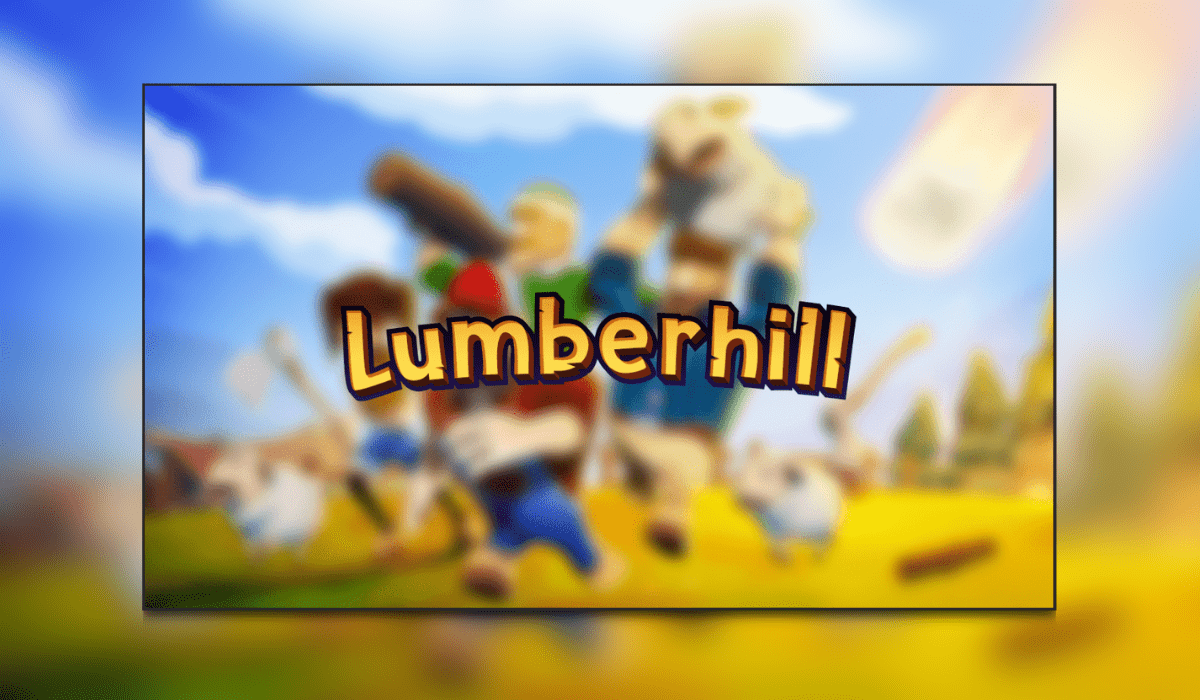 From new developers 2BIGo and ARP Games, under the publication of All in! Games, comes Lumberhill. 2BIGo is a small, 4-person indie company founded in January 2018 in Gliwice, Poland. Available on PC (Steam) I was fortunate enough to have the opportunity to review Lumberhill, and I jumped straight in. Being a fan of the Overcooked! series, Lumberhill looked like a blast. I couldn’t wait to give it a go.

Lumberhill Review – We Have To Save The Animals… And Harvest The Trees?

If like us, you’re a fan of the style of gameplay offered by Overcooked! you will absolutely love Lumberhill. Lumberhill features a very similar style of gameplay, where you have to work together as a team to get all your tasks done in time while fighting against nature! Carry on reading to see what I thought of this charming game. Don’t forget to let us know what you thought in the comments below. As always you can catch up with the Thumb Culture team over on Twitter too. If you like this review, you can check out my previous review here.

Jumping straight in, the game puts us into a small tutorial area, this shows you how to use the axe to chop down trees, pick up and drop things, and build bridges. This is pretty much all the controls you’re going to need for Lumberhill. After the tutorial you will find yourself in the first world, filled with portraits of the levels available to you. Obtaining enough stars will open later levels.

Upon entering a level you are greeted with some rather charming visuals (We will go more into the visuals a little later on). Then the fun starts, you have a limited time to herd up the animals required into a barn (or something similar for that world) while also cutting down the required amount of trees and depositing them into a chipper. As I said previously if you’re a fan of the Overcooked! series, you will feel right at home with the gameplay Lumberhill offers!

As well as herding the animals and cutting down the trees, you may also have to use some of the trees you require to build bridges to access another area. This will help greatly when trying to complete the level. You will also have to deal with the weather. This could be as little as some harmless rain, or as brutal as a lightning storm that can devastate the play area. This will leave you scrambling to put out the fire it has created, while still having to meet your requirements for the completion of the level.

There may also be another animal added to the mix in the later levels. This will make your life even more difficult. Throwing around things you need. This could be the animals, your axe, or trees you have cut down. They may even throw them off the map!

Lumberhill really can get quite chaotic at times, however, it’s great fun, especially with others. We get up to 4 player co-op here, local and online. Additionally, it also has a versus mode. It makes for some hilarious moments with friends. As you progress, the style of the levels change.

There are 5 worlds in total, with 10 levels per world. Each theme is different, which is very nice to see. You will encounter different animals per world. Later on in the game, some larger animals need to be lured to the barn (or what the equivalent of the barn for that world) with a snack. They will then run after you and into the location required. The weather also changes dramatically from world to world. One of the worlds featured lava balls spewing onto the gameplay area, which starts fires at a rapid pace!

Lumberhill really is quite a nice, sharp-looking game. The graphics really do fit the style of the gameplay in my opinion. There are a lot of effects going on too, from the weather and things landing on the floor. You really get a nice representation of what’s happening. As mentioned above, this game is only available on PC (Steam) at the time of writing, so that was the platform I was playing on.

During my playtime, I had absolutely zero frame rate issues or graphical glitches. I was running the game at its maximum settings. At 1440p resolution and it remained locked to 120fps (My monitors refresh rate). It was buttery smooth gameplay throughout my entire testing. I don’t have a bad thing to say about the performance at all. Great job, guys!

I had the chance to test the multiplayer features with another team member. I can happily say that we had zero lag or disconnection issues in our roughly 90 minutes of play online together.

The audio is also very fitting, the comical sound effects and upbeat music only adds to the hilarity Lumberhill offers. You hear all the weather effects very clearly, and when the weather changes or something lands on the play area, you will know about it!

With 5 worlds and 10 levels per world, Lumberhill can easily take 5 hours just to get through all the levels. If you want to obtain 3 stars on every level and achieve the bonus objective available for each of them then you’re going to be in for a long, long time. As the levels get trickier, you will find yourself replaying them again, and again in order to achieve maximum completion on them. I feel with games like these are where the replay value lies.

I really enjoyed the time I spent reviewing Lumberhill, it’s a quirky little game with a lot of charm. One issue I ran into, was where if two controllers were connected, quite often the jump button would not work when you needed it to. It seemed to affect both players. However, this could be down to my computer, or that I was playing a pre-release version. But this could have been a known issue and had not been addressed at the time of writing.

Lumberhill is very impressive with the level of polish on display here. Considering the team only consists of 4 people, well done, guys! Lumberhill has received a Thumb Culture Gold Award from me! I look forward to seeing what this new development studio comes out with next.