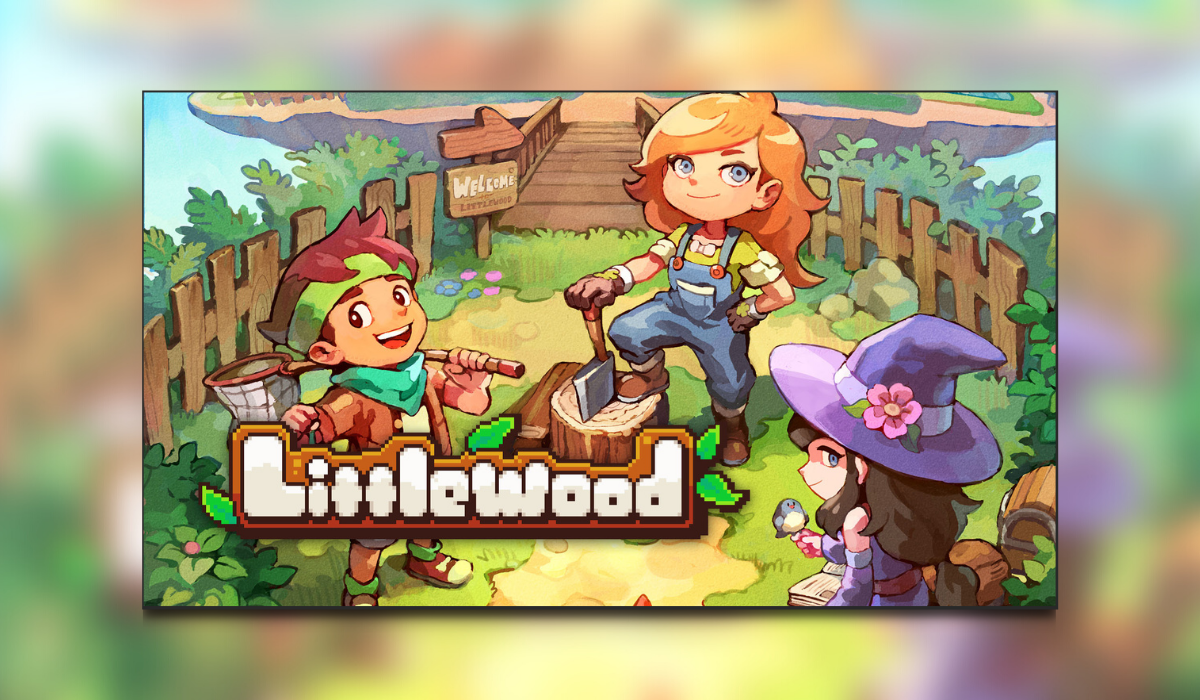 Developed by Sean Young and published by SmashGames. Littlewood is a peaceful and relaxing RPG. It was released on the Nintendo Switch and PC on August 4th, 2020. So let’s get building shall we and take a look at this Littlewood Nintendo Switch Review.

Over the last couple of years, there has been a surge of little RPG simulating games that have taken gamers by storm. With the likes of Stardew Valley and Story of Seasons on the tips of everyone’s tongue when it comes to this kind of genre. Every now and then a little indie game will come through the cracks and take everyone by surprise. Is Littlewood one of those games?

Having played the likes of Stardew Valley for many more hours than I would like to admit. I was excited to see another indie game where I get to farm some land and build some buildings. But if you’re thinking this is just another Stardew Valley clone then you are very much mistaken.

In Littlewood, the world has already been saved. Now it’s time to rebuild your town along with the hearts of those around you. You begin in the town of Solemn after defeating the evil wizard and you’re tasked with rebuilding the land to how you see fit.

Now unlike some games as mentioned earlier. What impressed me was that not only can you build everything from houses to supermarkets but you can also build the terrain how you want. You can raise land to make some hills and make your own little woodland if you so wish. The customization you can do is actually crazy. You’ll never just settle for one layout as you will always find yourself adding a road or a tree just to make everything look perfect.

It’s not just about the building though. Meeting the townsfolk is essential as it can get a bit boring just wandering around and not talking to anyone. Making friends is a way of progressing and unlocking certain things that you will need as the game goes on.

Forests are great for resources and foraging as well as some of the mining caves. There is also the odd spot of fishing that you can do if you fancy it. Now I know when it comes to fishing mini-games then everyone always tends to avoid them as much as possible. But while it can be a pain at the start. It does get easier and is really rewarding.

Now along with fishing, foraging, farming, and constructing buildings. There is also a whole range of hobbies that you do in Littlewood. There’s woodcutting which is self-explanatory. Cut down trees to build houses. Cooking lets you use the crops you plant and also uses ingredients from shops and foraging.

The one that really stands out for me is the crafting. There are many places where you can craft. A lumbermill and forge for example. Every item you craft gives you experience which levels up with the more crafting you do. Paving the way for bigger and better things to make that make life easier in Littlewood.

The graphics in Littlewood are great. It gives you that 16bit retro feeling that just never fails in my eyes. The color palette is easy on the eyes and of course with it being in the style of old-school retro games. The movement of your character may take some getting used to but it never hinders the gameplay.

Audio is also great with cute little melodies. It does seem a little loud in some places but overall it’s not that bad.

One thing about RPGs, simulating video games. There never truly is an ending in sight. The number of hours that you can pour into Littlewood can range from a few hours to literally months. While Littlewood has a new game plus that you can play. Don’t expect to be giving it a go anytime soon. I went through easily sixty hours and still had things to do. So let’s just say that you’re in for the long haul.

My final thought is that Littlewood is a fantastic indie game. The fact that a single person developed it just makes it even better. I tip my hat off to you because it’s one of the most soothing and relaxing video games I’ve played in such a long time.

If you’re after a game where you don’t have to worry about the stress of combat and enjoy an RPG that lets you do things at your own pace. Then Littlewood is the game for you. But don’t just take my word for it. Give yourself a treat and try it. So that’s why I’m going to give Littlewood the Thumb Culture Platinum Award.

Disclaimer: A copy of the game was received in order to write this review.